I need to clear the air before diving into BPM: Bullets Per Minute. Rouge-like games have never been my forte and I’ve tried avoiding them like the plague. Everything being randomize has never been appealing because I like everything to be thoughtfully structured. Knowing that if I found a hard to reach secret, majority of the time, a great reward is given. That’s not always the case with rouge-like games because everything is randomized. The rooms, rewards, weapons, and items are random. So, despite putting a great amount of effort of finding a “secret”; you can still receive a worthless item. 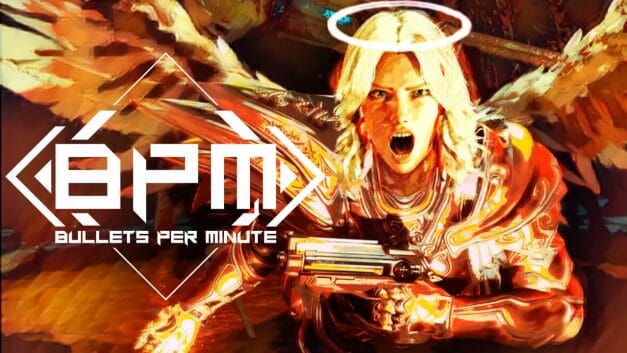 BPM does embodies this, yet, I absolutely this game. It’s not for the story or characters because there aren’t any. There are two big reasons why I love BPM: the music is banger and the gameplay is addicting. BPM isn’t a traditional arena shooter where you shoot everything until it’s dead. You still do that, but only to the rhythm of the rocking music. Same goes for dodging, reloading, and jumping. It’s tricky at first and can be a little frustrating, but once you get in the groove; you’ll have an explosive time.

Closing thoughts: BPM: Bullets Per Minute is a game I didn’t know I wanted, until, I got. Shooting to the rhythm will never get old. If you want a challenging, yet, fun and addictive arena shooter, then look no further. BPM migh be right up your alley.