It's about to get steamy here

She Will Punish Them is an Indie Adult RPG containing mature content. So, if you are planning on watching the video above, then take precautions before watching. Cover your windows and bar the doors because it’s about to get steamy. She Will Punish Them isn’t pornographic; just a lot of eye candy that isn’t safe for work. 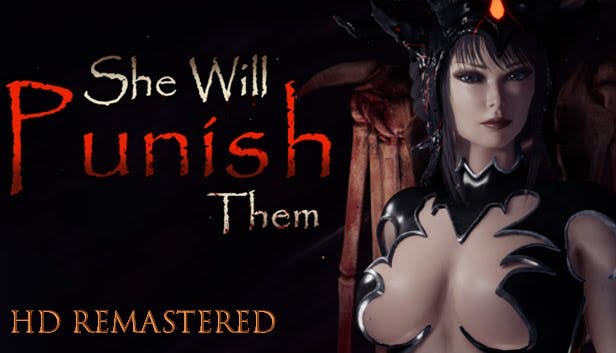 The game is still in early development, so story wise there isn’t much to talk about. For what it’s worth: You control a succubus on a quest for world domination and save champions to aid in her quest. That’s it. No characters, interactions, dialogue, or visual story telling. Does a game like this really a narrative? It isn’t necessary, but it would give context, therefore, giving a better motive to dominate the world.

However, if you are just looking for a game to fully customize your character into your ultimate wifu, then here you go.  She will Punish Them bread and butter is the customization. It’s very extensive and flexible with plenty of sexy badass armors and lingerie. Except to spend majority of your playtime customizing your character. I’m confident you’ll outfits that’ll fit your appeals.

Combat is simplistic and fluent, but a little clunky. There’s been plenty of times my weapon would ghost through enemies and the power strike being an unreliable homing attack. Your fighting style is based on your weapon, skill, and attribute choices. Giving a decent amount of experimentation and replay ability, but it can grow a little stale. Missions need more variations to protect itself from repetition setting in, therefore, boring the player.

She Will Punish Them is a sexy fun distraction for those looking for something spicier. The customization allows wide range of experimentation. Combat is fun and can be experimented with. However, the game’s narrative is non-existent and does suffer from technical issues. The only aspect that can be admire greatly are the female models. Environments on the other hand are bland and forgettable.

It’s only $15.99 and the developers are constantly making improvements. Check it out if you like, but it’s understandable if you don’t want to.