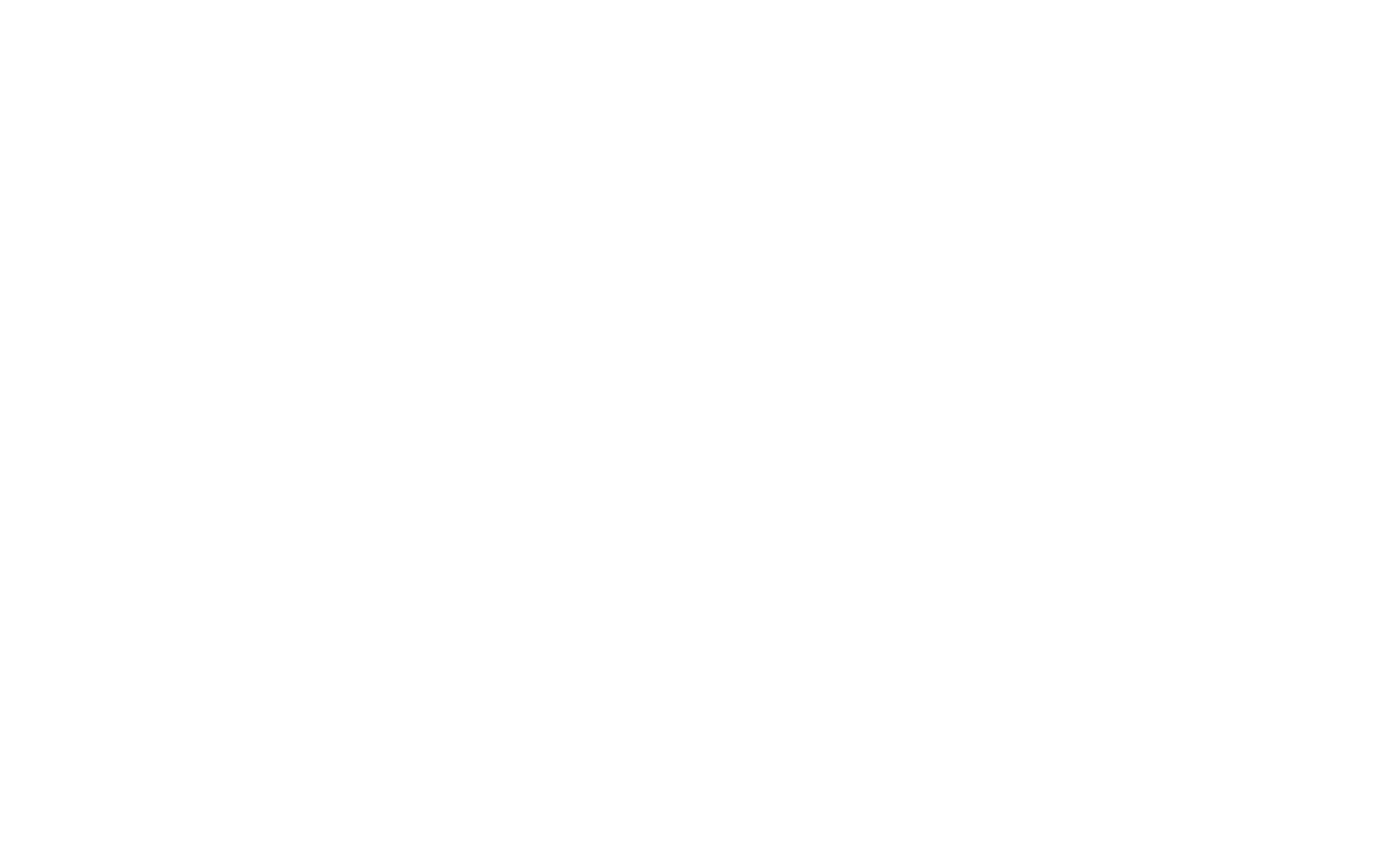 It’s been a long and unsettling journey to this point. I, along with many others, have been waiting eagerly; we’ve been angry and fearful of what might come. Doom has finally arrived. It’s been 23 years since the original game and things have certainly changed

So let’s cut to the chase.

Doom is an extremely gruesome FPS action game that mixes sci-fi with elements of supernatural horror.  This Doom is a reboot but in some ways feels more like a sequel. We know the protagonist, we know the world, and we know the situation. We watch as Doom guy awakens from a stone coffin surrounded by zombies and is told by an 8-foot robotic scientist that all Hell has broken loose. So it’s up to our blood-thirsty hero to face the forces of Hell and commence in gruesome battle.

Essentially, you don’t have to follow the story to enjoy the game, though that’s not a difficult task as it’s a thin and rather simplistic plot. It’s difficult to understand the conflict between certain antagonists or their motivations within the game at face value. The context and depth lies more in the documents you find scattered across the game. There is a vast lore of interesting history and compelling backstories that explains the world in more detail. They can be fascinating to read and, if you have the time between killing masses of demons, it’s worth checking them out. However, I wish the developers would’ve implemented these interesting facts, stories, or even some character development a little more into the game.

But come on! It’s all about killing demons, right?

Doom’s gameplay is highly engrossing to the point where I could consider it perfectly designed for pure entertainment. Players will explore huge, open levels filled with a multitude of secrets and plenty of nasty things to kill in a variety of gruesome ways. Mechanics are simple to understand as it’s just really running, gunning, and every so often pulling a lever to reveal a secret or two. Movement is fast, fluent, and it’s easy to navigate with the traversal maneuvers at hand. This form of traversal plays an important part in both exploration and combat as, like Halo, you can climb different surfaces which assist in grasping the tactical edge on the battlefield. But, through exploration, Doom guy will acquire new perks to make him a deadly marine. As said, levels are huge and exploration is something worth doing to find hidden rewards, such as guns, collectables, and even discover segments of the original Doom games.

The soundtrack by Mick Gordon is spine tingly awesome. Needless to say, the hypnotic thrash/industrial metal tones fit the destructive manner of the game splendidly well. The world of Doom is glorious to observe, from the cold, sterile look of the UAC labs on Mars to the gothic and disgusting aesthetics of Hell. With the game’s gorgeous, dynamic lighting and attention to detail, you’ll become easily immersed in no time. Gore looks impressive as you rip your enemies apart along with some highly organic looking particle effects from the explosive barrels to the blood spewing from a Imp’s shattered skill. Thankfully, Doom runs at a smooth 60fps with the game never slowing down in terms of frame rate or dipping in quality of the graphics.

And this was played on the Xbox One.

Combat is fast, energetic and purely brutal. You have a total of 10 weapons and each one has a purpose. The chainsaw now has a tactical edge as cutting your foes with it will give you a replenishment of resources. Of course, the bigger the demon, the bigger the replenishments. But the chainsaw needs fuel and it’s not around every corner, so you have to use it wisely. This is an interesting mechanic and rather an intelligent tactic added in the game to raise the tension in battles.

My biggest fear was that Doom would become repetitive, but the experience mixes highly energetic, open warfare with intense close-quarters combat. It changes the formula around enough to keep the encounters meaningful and entertaining. It feels like id Software has mixed the natures of previous Doom games into one. It’s like the original Doom was this hot, older chick who loved Metallica and Megadeth and Doom 3 was this younger guy who liked NiN and Him and together they had a baby. Doom 2016 is that awesome baby when it comes to combat.

When fighting, every encounter has the same impact as the last. They’re highly energetic, frantic and, above all, allow total freedom to fight how the player wants to. Along with some intense power-ups, such as the Berserk, there are other elements to break up the action including set pieces like the moment you find the BFG and use it for the first time against a zombie army. Thankfully, there are no QuickTime Events! New enemies pop up, weapons get bigger with upgrades, and the game never draws out certain moments for too long, keeping it from feeling tedious or dull. It’s constantly moving at a steady pace. There were even some small touches that surprised me during the campaign, such as how the bigger demons will attack smaller ones if they’ve not seen you.

The campaign itself will take most players 12 – 13 hours to finish with a modest playthrough. But Doom has a high replay factor with its immense amount of secrets, unlockable content, and higher difficulties to try out. It’s a campaign worth playing more than once. There is a large amount of secrets in Doom. I only properly discover 50% of them on my first playthrough and it’s worth going back with the weapons you’ve collected and perks you’ve earned.

My only problem with one aspect of Doom’s functionality was the in-game map. It’s just painfully slow and a little complicated to navigate over. It moves at a snail’s pace compared to the rest of the game. It’s just oddly annoying.

There are plenty of side objectives too, such as the Rune challenges which unlock further upgrades. But if you’re the kind of gamer that’s a fan of old-school Doom, don’t worry. The great thing is that you can customize your experience to remove anything you may feel will slow down the experience. So, for the purists, you can take out glory kills, boss health bars and much more to create something more like the original game.

For years PC gamers have modded the hell out of Doom, and now everyone gets a chance to create something Doom-related of their own. The new feature allows for player-generated content. This means players can now create maps for multiplayer and solo campaign missions with a selection of creation tools at hand. Snapmap is pretty easy to learn, even without looking at the tutorials. It may take some time to become adjusted with the interface, but there are aspects you can alter to help you create maps faster and more comfortably.

It’s funny. I found myself asking why there was no hoard mode within Doom’s multiplayer until I realized that you could make your own. From campaign missions to survival, you can create any map you desire. Those who enjoyed Timesplitter’s level editor will surely love this. I only fault the lack of different designs in the tile sets, as there is only so far an industrial theme can go. Even though the selection of tiles is massive, it would have been nice to see more themes, including Hell-related designs.

But Snapmap is an immense and engaging creation tool that everyone can enjoy making stuff in for any purpose.

I know multiplayer wasn’t a big hit when it came to the beta and I myself had some issues with it. Thankfully, the multiplayer aspect of Doom is a lot stronger, with the remaining modes and features being included. Weapon load-outs have been altered to include fan favorites such as the chaingun and the combat shotgun. Other tweaks have been implemented to ensure players get the ultimate action-packed experience desired while online.

The selection of demons, hacks, and customization to unlock has improved in quantity greatly, meaning progression has more substance. Doom’s MP is still an easy experience to grasp and, like the campaign, you can customize your experience to your liking and make sure you’re getting the most out of your multiplayer.

Sadly, maps and game modes aren’t that inspiring, nor do they offer a dynamic approach to the mechanics within the game. Halo is a prime example of engaging map designs that play well with the mechanics given. But here, it’s just an open ground for shooting and being a demon in certain maps feels like a lengthy chore that is confusing to navigate. Even Freeze Tag doesn’t make much of an impression and becomes a long-winded bore. DeathMatch and Warzone proved to be the best as they seemed the most balanced and proved the most use for perks and mechanics, such as the Demonic Transformation.

What can I say?

Doom is freaking awesome. I can’t recommend this highly enough, as this is the most fun you’ll have with a video game so far this year. Hell, this has been one of the most fun games I’ve played in the last 7 months! It’s a relentless barrel of gore filled joy and I love it! It has some minor flaws, of course. But what I praise so highly makes up for those small errors and, better still, it doesn’t fall under most gaming conventions you see today.  When you rip open a door, you don’t have to hammer the A button like Batman does in the Arkham series, nor do you have to perform long-winded and tedious QuickTime Events. It’s simply you, a gun, hoards of NPCs to take on, and simple good old fashion FPS fun.

This has been what we needed in the FPS genre, to break us away from the CODs and Battlefields we get swamped in and with a great focus on action, not to mention none on useless QuickTime Events and complex mechanics. Doom is a godsend with its solid and compelling campaign, great Snapmap mode, and rather enjoyable multiplayer. Buy Doom. You won’t regret it.