A Look Back At Bloober Team’s Blair Witch 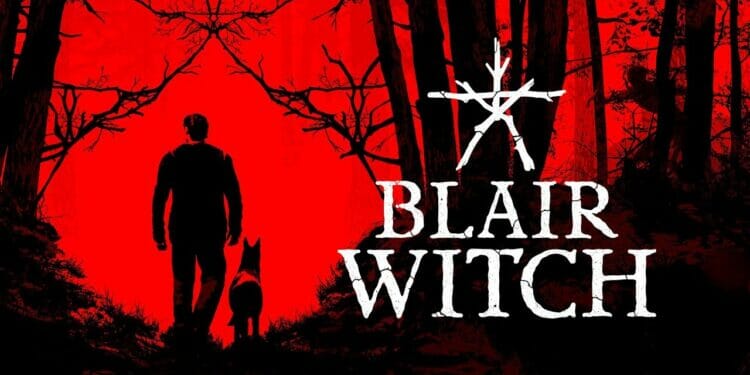 I absolutely adore horror games, Resident Evil on the original PlayStation is what brought me back into gaming when I bypassed the N64. Horror has just been a staple in my life from a young age, my father was a huge horror movie fan and he would have Friday the 13th and Halloween on quite a lot when I was young and when I was all grown up.

Life happens, and I got super behind on some of the horror movies I’ve wanted to watch for years. Since it is October I have been catching up on a lot of those horror movies, recently I watched Evil Dead (2013), Halloween (2018) and Blair Witch (2016). All of which I regret not watching sooner. Blair Witch however stuck with me the most, seeing as I had played Bloober Team’s game to review for this site.

Going into the review I had only seen The Blair Witch Project and Blair Witch 2: Book of Shadows. While these movies allowed me to understand some of the lore of the universe, Blair Witch (2016) really let me understand what was going on in the game, over a year playing it. From now on there will be spoilers from this point on, so if you’ve not seen the movie or played the game please come back when you’ve done both!

Let us first talk about the direct sequel to The Blair Witch Project, Blair Witch. First off, I really enjoyed their take on this movie and saw where Bloober Team took inspiration from. In the movie you are introduced to the time travel element and the bidder of the Blair Witch. What I mean from that is that there needs to be a human to help her, kind of like Dracula’s Renfield. Somehow that person is unaffected by gazing upon her and gets the unsuspecting victims to come to the house.

In the game you play as Ellis Lynch, a retired police officer who has entered the Black Hills Forest to search for a missing child, Peter Shannon. Keep in mind this game takes place a mere two years after the events in The Blair Witch Project. You enter the forest with your dog and a camera and then things begin to get freaky.

We all know that Bloober Team makes a great first person psychological horror game. Just look at Layers of Fear franchise and their upcoming Medium. This is their niche and they are beginning to perfect it, their work on Blair Witch proves it. I really wish that I had seen the 2016 movie before playing the game. I would have understood the time travel more, I honestly thought it was a story beat the developers tossed into the game to make it more interesting, I was wrong.

As you wander the woods for what seems like a lifetime for Lynch you come across a man named Carver. This man begins too taunt you and make your little camping trip more and more intense. Depending on how you play the game you can get different endings, my playthrough ended up in Lynch becoming Carver in the past and eventually doing all the things that he experienced. I know, it’s hard to wrap your head around due to time travel, but bear with me.

I’m glad that I finally watched the movie that really inspired game, mad at myself for not doing so before my first playthrough. Now that I know where they pulled from I plan on replaying the game to try to get a different ending and to enjoy the world that the Blair Witch inhabits, without actually becoming a victim. Plus you get to pet the dog, and you can’t go wrong with that!

Why free to play games are increasing in popularity