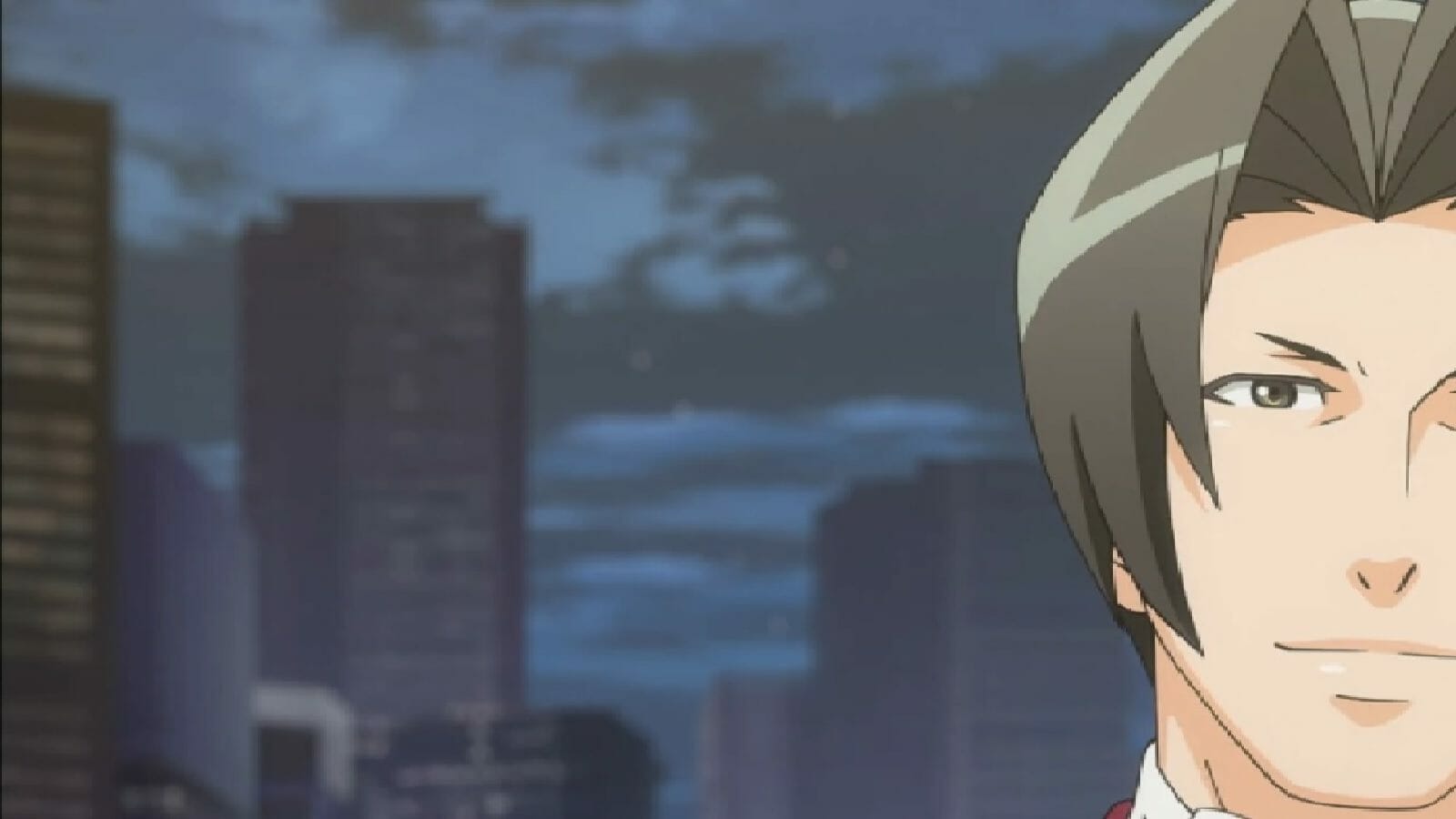 The Ace Attorney anime adaption is wrapping up, and the dire circumstances are becoming worse. Phoenix Wright must ensure his friend Maya’s survival by proving Matt Engarde the Nickel Samurai’s innocence in court. Matt revealed in the last episode that he hired Shelly De Killer to murder Juan Corrida, known as the Jammin’ Ninja. In Farewell, My Turnabout – 3rd Trial, Phoenix’s mind is in chaos as he tries to figure out how to both save Maya and to have Juan’s murder brought to justice. Miles understands this stress and reveals to his once best friend why he disappeared for a year. He broke down during the last case, because it brought up so many old memories and emotions. Miles reveals that his yearlong disappearance had a purpose to fully think of what a prosecutor does and why he is one. The reason is much bigger than either Phoenix or Miles.

The pacing of episode 23 is excellent. The high intensity of Maya’s kidnapping situation is felt through the screen. Phoenix, Detective Gumshoe, Larry, and even Mile’s concern for Maya’s life is so strong that the audience feels the same empathy. The audience saw so much of Maya’s distress in the last episode that this time we barely see or hear from her. Still, rooting for Maya’s freedom is what keeps the last stretch of the Ace Attorney anime adaption more exciting. Choosing this mystery from the game series to be the end of the anime is a great choice.

Having Larry replace the obnoxious Lottie and showing off the alliance of the main and sub cast is wonderful. Looking at Detective Gumshoe’s effort to find Maya during the third and final trial, despite his previous bumbling ways, shows he is a capable detective. Gumshoe is suddenly portrayed as a serious detective. He checks in with Phoenix several times to bring the defense attorney up to date on his findings and to find out how the trial is going. Even though Gumshoe’s comedy relief was hysterical in the other story arcs, it is befitting to make this character more serious during this dark time.

Maya’s younger cousin and Phoenix’s new assistant, Pearl, does her part by allowing Maya and Mia (Maya’s older sister who was murdered in the first story arc) to work together. Pearl channels Mia and even transforms into her to tell Phoenix what Maya sees outside her prison. From her window on a high-level floor, she sees a circus tent. Phoenix and Gumshoe determine it can be none other than the Big Berry Circus tent.

The Big Berry Circus will be appearing in the final episode of this anime. It will be interesting to see how A-1 Studios integrates the previous circus characters, if at all, into the last episode. This episode ends on the bit of information from Miles. He claims De Killer is willing to testify in court to free his client. The gag of De Killer coming to the courthouse in the form of a radio is already shown which takes a bit of the comedy away from the next episode. This entire series has been a disappointment, the lack of personal time of characters and the inconsistent pacing of the storyline has made this entire anime adaption a mystery of itself. However, the last few episodes have been portrayed so well that this last story arc of Farewell, My Turnabout may just be a redemption for the series.

You too can follow along with this  review series and watch the Ace Attorney anime through Crunchyroll.