As we said goodbye to 2015, we took a poll from our staff members of which games stood out for them over the year. We have taken our top 5, and after tallying the votes, here are the results.

In my review, I stated that “no other RPG has reached the precipice of what The Witcher 3: Wild Hunt’s achieved.” The scale is massive, the detailed side missions, and the in-depth characters truly made this game fantastic. One of my favorite gaming moments from this year were the sunrises you see in The Witcher 3. This game looks spectacular, and every once in a while, I just stopped and looked at the beautiful world that CD Projekt Red have created. Your decisions, especially during the incredibly emotional Red Baron missions, truly left an impact in the story and the world as well. If you want to get swept in a huge video game world with a grand story, so much personality, and great sights to behold, The Witcher 3 is worth checking out.

Bloodborne made me into a fan of the Souls games. That was a common sentiment this year when people put the time into From Software’s difficult, faster-paced spiritual successor to Dark Souls. From beautiful gothic landscapes to the exclusion of a shield (the common off-hand weapon for Souls players), Bloodborne created a violent environment where it was more about thinking on your feet than ever before

Personally, my game of the year pick, Life Is Strange is one of very few games this year that brought an engaging personality driven narrative. In a year of bland protagonists, Max is a character who you can relate yourself to and feel for whenever there’s a cheerful or horrible event in her life. The chemistry between Max and Chloe, her best friend, plays off very well in this mystery story. The performances by the voice cast – especially Ashly Burch as Chloe and Hannah Telle as Max – gave the writing gravitas and made these characters feel real. The mechanic of time travel also brings a lot of interesting puzzles to the mix and allows the player to look into the multiple possibilities from his or her decisions. The soundtrack compliment of songs by Syd Matters, Alt-J, and many others helps to immerse the player into the world and town of Arcadia Bay. I also remember the discussions I had with my sister about what will happen next in the story and watching nutty fan theories with her. 2015 was mostly a boring year of gaming for me, but Life Is Strange has made up for it as each episode released throughout the year. This is a truly modern adventure game you have to try out.

Batman has been my hero since I was eight years old and since I was eight years old I’ve been disappointed by his video games. Rocksteady changed all that and gave the world a great game that ended the run on their Dark Knight opus. The first two games blew me away, and Arkham Knight did not disappoint. The graphics were top notch, Mark Hamill and Kevin Conroy didn’t hold anything back and we finally got to drive The Batmobile. Blowing up mines and hoards of Red Hood’s drones was a thrill to behold, and let’s not forget all the Riddler challenges and the inclusion of all Batman’s rogues. There was not a flaw in this game that I saw, and I wish it wasn’t the last. 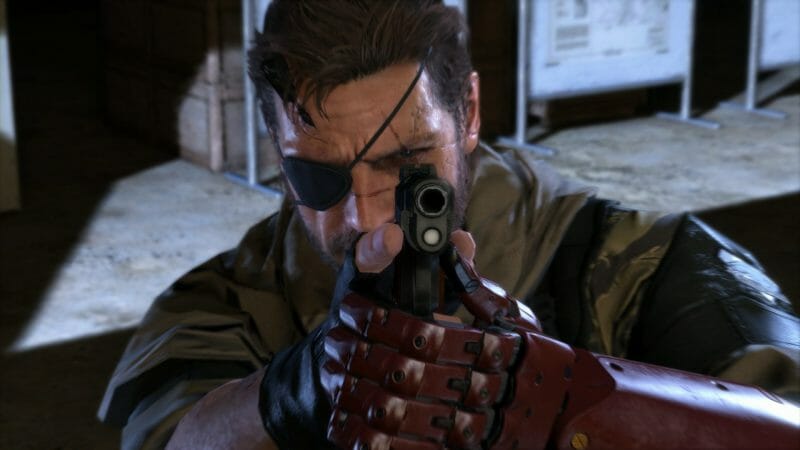 Hideo Kojima’s final Metal Gear game is one of the best. I’ve been a Kojima fan since the first Metal Gear Solid came out even though it took me over a decade to finally beat that game; what hampered me were the controls. In Metal Gear Solid V, the controls are great and I had a very easy time moving Snake around Afghanistan and Africa. Kojima allows the gamer to finish an objective in many ways; you can run and gun it or you can go in and never touch an enemy soldier. This free choice that Kojima Productions gave to players made me enjoy the game so much more. I remember while playing Metal Gear Solid, I got stuck when I had to fire the missile down the hallway. Had there been another way to finish that it may have not taken me a decade. The story is a little out there, with a man engulfed in flames and flaming horses, but there’s no way that takes away anything from my enjoyment of this final Metal Gear game.

Great things often come from humble beginnings. Much like Counter-Strike, Rocket League began life as a simple mod before blossoming into a world-wide, eSports phenomenon. While technically, a sequel to their mostly forgotten 2008 PS3 title, Supersonic Acrobatic Rocket-Powered Battle-Cars, Rocket League‘s “car-soccer” concept began in 2004 when Psyonix’s founder, Dave Hagewood was working on Unreal Tournament‘s vehicles for the game’s Onslaught mode. After forgoing the main game and spending many hours with friends jumping vehicles and performing aerial tricks, a ball and net was added to the mix and the rest is history. To someone who hasn’t played it, Rocket League sounds like a silly game created in the imagination of a 4th grader with Hot Wheels and a bouncy ball, making it a tough sell. However, in a brilliant marketing decision, Psyonix penned a deal with Sony to have the game launch as a PS Plus game, instantly putting it in the hands of a million PS Plus subscribers for free. Word of mouth quickly spread and soon, Rocket League became a household name (at least in gaming households). Brilliantly simple and elegantly nuanced, Rocket League is the quintessential example of what a video game should be. It came out of nowhere to take 2015 by storm and with its recent port to Xbox One, PC to PS4 cross-platform play, and continued support through both free and cheap DLC, that storm will be raging for quite sometime. Rocket League is our 2015 Game of the Year.

What are your choices for Game of The Year for last year? Let us know in the comments below!

Darker In Tone, Still Fun To Own – King’s Quest Chapter 2: Rubble Without A Cause Review

Rise of The Tomb Raider Arrives on Steam in January

[…] that nearly 2 million players on Xbox One have competed in Rocket League, which is no surprise. It was our game of the year in 2015, and it has gotten plenty of updates since then including a basketball […]