Excess is its saving grace. 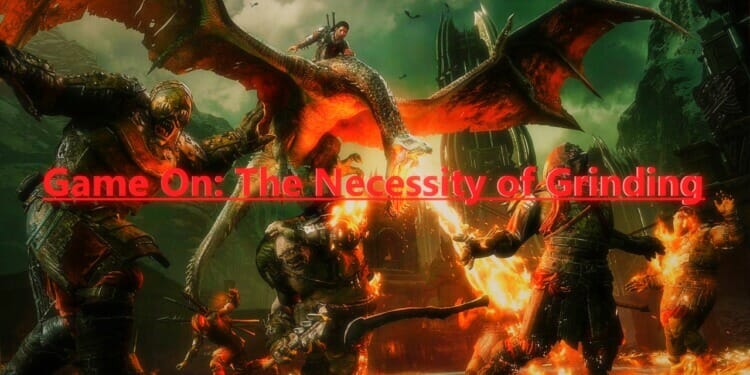 The game under review is for mature audiences.

BDSM, as stated before, comes across as Doom from the demonic perspective which means it will be a humorous and offensive parody. The game’s opening sequence lays the groundwork for BDSM’s major selling point: liberating hell. Liberation is necessary since humans invaded hell three decades ago and brought democracy to hell. However, democracy is more concerned with mega-corporations and fast food. Lou, Satan’s son, has three choices; end up as ground beef, provide his services to one of the numerous local brothels, or lead a revolution that lets one know the true meaning of “give ’em hell.” Lou is meant to take the third option, which leads him through various parts of hell. This causes Lou to come to the knowledge that the invasion of three decades ago was led by Big Wac, the owner of hell’s biggest – and seemingly only – fast-food chain that sources locally. Therefore, Big Wac and any associated with him become Lou’s enemy – the reason for Lou’s revolution to liberate hell.

BDSM’s story falls short despite its interesting and unique premise. The game fails to deliver the impact of Lou’s progress as he transverses hell; slaughtering denizens of hell turned traitors, remnants of the three-decade-old invasion, and the higher-ups. Although some NPCs and enemies inform the player about the happenings in hell, it is easy to miss for the most part. This means that particular events within the game do not manage to have the impact that they are meant to have, especially the secret boss.

From Nine to Five

BDSM affords the player with the choice to choose between six weapons, one magical ability, and milk. First, Lou’s arsenal widens as he progresses through chapters and stages, as he only has his pistol at the beginning of the game; and his weaponry is important for avoiding his insulting death-soundbites. Furthermore, the weapons boast a standard and enhanced firing modes, however; their effectiveness is quite unbalanced. Additionally, this is further emphasized with the little to no use of Lou’s magical abilities despite their usefulness, as his abilities can either be offensive or defensive. Also, he can use these abilities via in-game pickups, however, they are far and few between; which means one has little to no need for it even with the upgrade to use more abilities. Final, the main feature of the game is Lou’s alcoholism. The in-game alcohol increases Lou’s blood alcohol (health) level, which is beneficial for a myriad of reasons. Lou has a unique ability aptly called Rage. The in-game display for Lou’s Rage is shown with a bar at the bottom right of the screen. This bar fills every time Lou manages to perform combo kills, collects enemy drops, and quenches his thirst with some milk. Once its filled Lou can use his diablo-esque laser beams and enjoy the temporary invulnerability its provides.