A Blast From The Past – Mega Man Legacy Collection Review

The first Mega Man game I played was Mega Man 2. Released back in 1988, it took everything that made the first game great and made it even better. It was the perfect gateway into the series, and from the moment I shot my first enemy all the way up to when I beat Dr.Wily, I was hooked. Since then I have played every single Mega Man game ever released in both the main series and the Mega Man X series. To me, Mega Man is an unparalleled franchise that manages to captivate me over and over again no matter how repetitive it may seem. So, it’s with a nostalgic memory of the series that I sit down to play the new Mega Man Legacy Collection.

Mega Man Legacy Collection contains the first six games of the Mega Man franchise originally released on NES. Nothing has been added or changed in the games themselves, so the player is given a very pure experience that can be compared to playing these games on Nintendo’s original 8-bit console. Every time I sit down with the old Mega Man games, I am always surprised with how well the controls have aged. Even in the very first game I have no problems navigating the blue bomber through the hazardous stages — This means that I seldom blame the controller when something goes awry. To compare, Super Mario Bros. 2 and 3 are from the same era, yet their controls have aged a tad worse than that of Mega Man’s.

The games in this collection are very faithful ports of their original counterparts, but maybe a little to faithful. The original NES games had sprite flickering due to hardware limitations; This is still present with every game in the collection. This flickering results in some slowdown regardless if you have a good computer or you’re playing on consoles. This wouldn’t be as bad if there was an option to turn the flickering off  like in Mega Man 9 and 10 but alas, there isn’t. I understand that Capcom wanted to give gamers a feeling for what it was like to play these games back in the day, but those of us who looked forward to seeing the game run without previous technical limitations will be disappointed. Other than this, the game performed well for me with no other major problems.

Gameplay-wise, all six titles still hold up very well; Some of the best level design in 2D platformer history are present here, and so is some of the worst. I personally think that Mega Man 6 sports some of the dullest stages in gaming, and that has still not changed. This doesn’t necessarily make Mega Man 6 a bad game, but it just isn’t as good as the others.

But what does the Mega Man Legacy Collection offer besides some beloved classics? First, there’s loads of old concept art in here that I had never seen before. Every game has an art gallery where you can view everything from finished concepts to unused robot masters. It’s very satisfying to look through this art and imagine what could have been. You can also listen to each game’s soundtrack, and look through a database where you can read the history of various characters and robots in the Mega Man Universe.

The biggest bonus for anyone who decides to pick this collection up, however, is the Challenge Mode. This mode lets you play remixed stages from all of the six Mega Man titles included. When you choose a challenge, you start at a designated section in one of the games. After finishing that section, you are teleported to the next one; This can either be a section from a different stage in the same game or a completely different Mega Man game altogether.

All challenges are made up of these different sections, and a timer logs your best finish time and uploads it to an online leaderboard. Even if you are a veteran player, it’s pretty challenging to go from one Mega Man stage directly to another one from a completely different game. This is especially true since Mega Man himself is limited to the abilities he has in the games that the level belongs to. It’s mind boggling to ground slide in one section only to lose the ability after jumping into a new section from Mega Man 1 or 2. This gives the whole collection a better value, allowing you to put a few extra hours into the game by trying to beat high scores.

Mega Man Legacy Collection is great for anyone that hasn’t played the six first Mega Man games for a while or even at all. Mega Man 7-10 are sorely missed in the package, however, and I really think that they should have been in here. But the games that are here still offer plenty of hours of Mega Man fun to be had. Personally, I yearn for something completely new and fresh when it comes to the lovable blue robot, but until Capcom decides to give us that, I will gladly play through the old games a few more times. 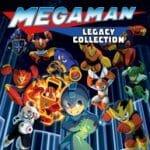