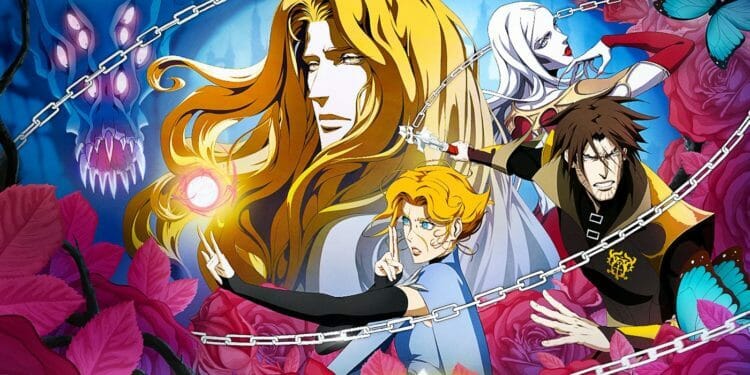 Disclaimer: I’ll be spoiling the entirety of Netflix’s Castlevania Season 3. If you haven’t seen it, i’d advise you do so first. 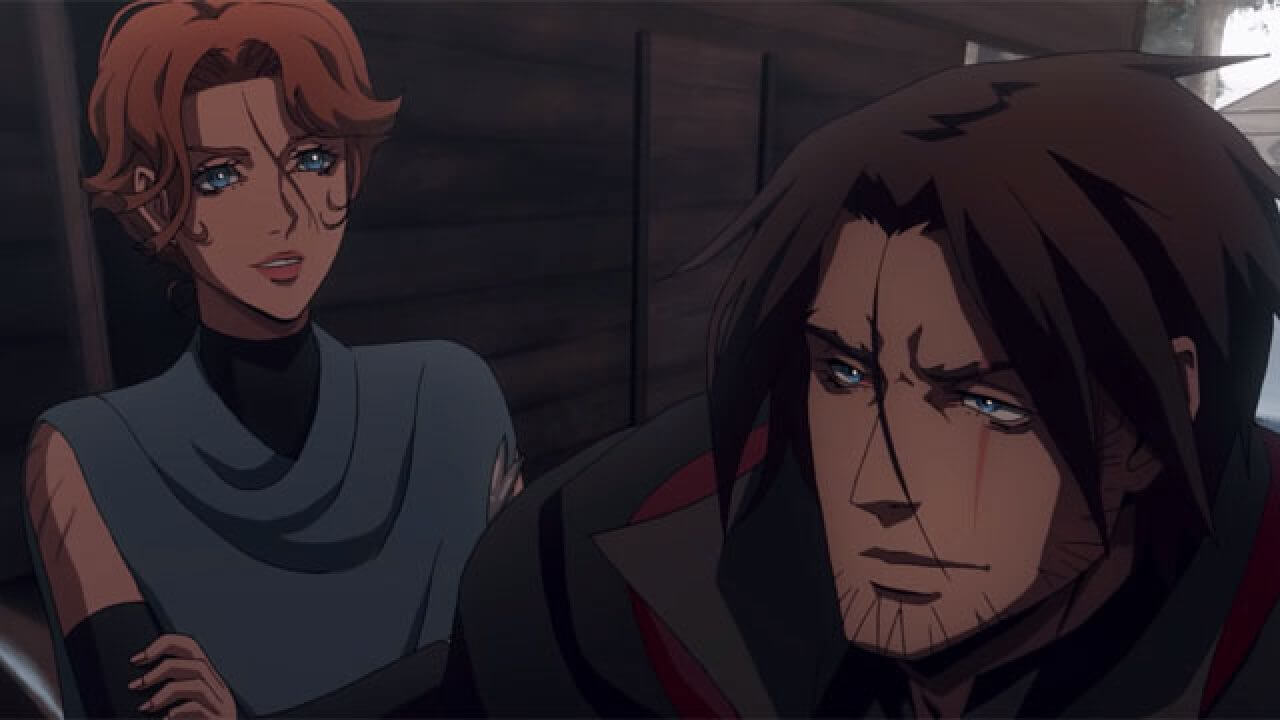 It’s only been two months since the death of Dracula in season two, yet it’s been much longer for us. After the events of season two, you won’t be faulted to think there’s little reason to watch this new season as there’s no Castlevania without Dracula. That is where you’d be wrong.

Two months or so after the events of the last season, our couple of heroes, Sypha Belnades and Trevor Belmont are off traveling and adventuring, helping people wherever they can. They seem to be enjoying it too. Not much happens until they decide to enter the city of Lindenfield after graphically killing some night creatures wandering the area giving the villagers trouble.

When they arrive, they soon begin to notice strange things such as the existence of monk cultists who worship Dracula. Then we have Issac, after being saved by Dracula and betrayed by his associates in the last season, he takes up arms with an army of newly acquired demons to seek revenge on the ones who betrayed him and Dracula.

Meanwhile Hector, after being captured by Carmilla and dragged all the way to Styria, he meets her four vampire sisters as they plot to acquire an empire. With he’s help, of course. And finally, our other hero Alucard after having killed his father he is all alone in the castle, until he is visited by two young vampire hunter twins, Sumi and Taka that require his help.

At first glance, it seems not much goes on in each episode. We are given some revelations, and we see how each character has come to deal with the events that happened beforehand, then you begin to notice it’s all in preparation for something grand. Sypha and Trevor’s relationship specifically is quite funny and enjoyable to watch. They each have almost entirely different personalities, yet they agree on things and enjoy each other’s company. The characters are full of life, and the voice acting is done superbly. The voices fit the characters and sound buttery smooth.

All four different stories told in the season are done masterfully well and gives us an insight into the minds of each character. Providing even more development to their already fleshed out personalities. For example, Isaac, during his journey, is forced to kill multiple times because he believes he has no other choice and shows disdain towards humanity for how they treat him.

He then meets a magician who shows him kindness and a Captain who teaches him the world isn’t always evil and to appreciate the better things in life. Characters like the Captain and similar conversations that happen between other characters are why this season is unique among the rest. 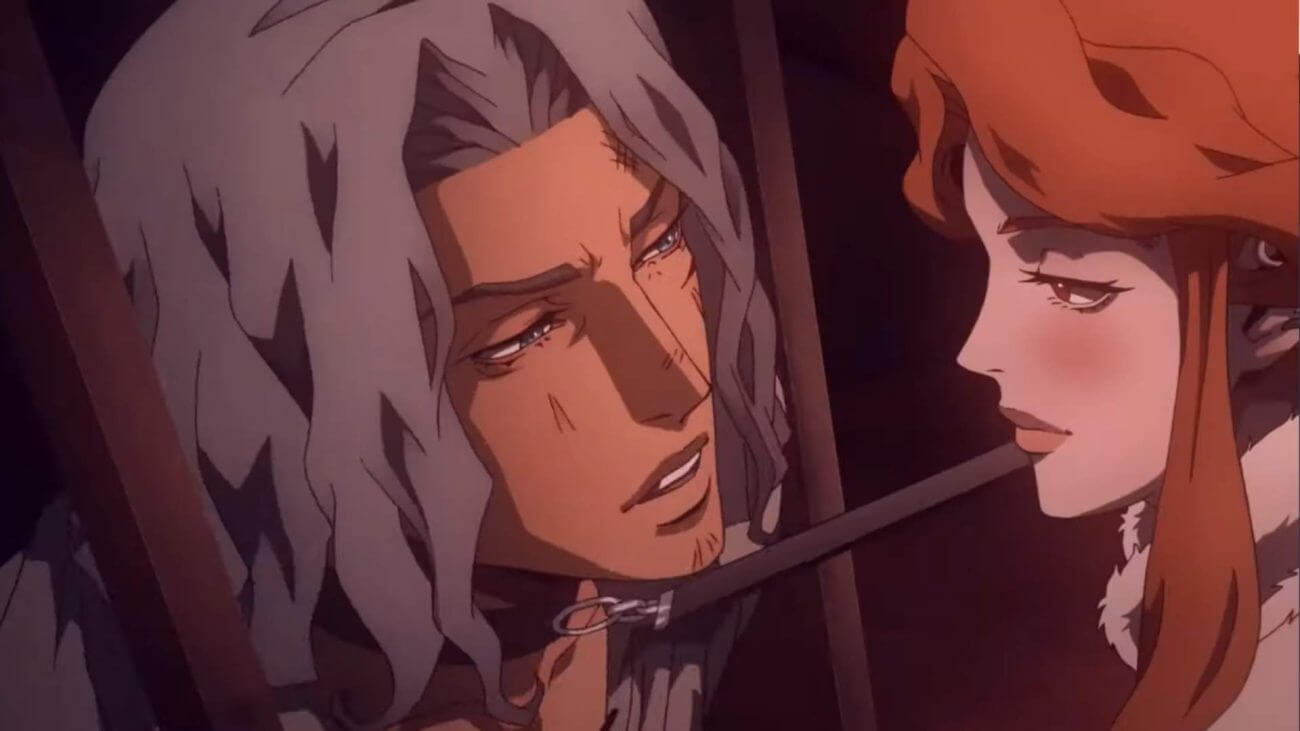 Now With Even More Betrayal

The series also touches on betrayal, loneliness, and blind faith. Back in Styria, not much is happening. Hector is forced to be used as a pawn against his wish to help the sisters and their ambitious plot to control the human population. To aid this, Lenore (one of the sisters) befriends Hector to gain his loyalty, only for him to naturally be betrayed yet again and be used as a slave. His story is albeit the least entertaining of the four, but it serves a purpose nonetheless.

At Dracula’s castle, Alucard agrees to help the two vampire hunters by teaching them how to kill vampires and learn other useful knowledge in hopes of passing it down. The sad thing was due to his loneliness; he was quick to accept anyone in.

He grew a bond with them and was rewarded with betrayal, when they try to kill him to take the secrets and resources of the castle for themselves. Alucard manages to kill them before they do with the help of his trusty mind-controlled sword. The scene was quite tragic in many ways.

Back in Lindenfield, Sypha and Trevor try to get to the bottom of what is happening in the village with the help of a new character, Saint Germain. They quickly find out a demon is the mastermind of everything using the cultists to enact his plan to open a portal to hell. They try to prevent this, but ultimately everything goes arrie, and the portal is open. 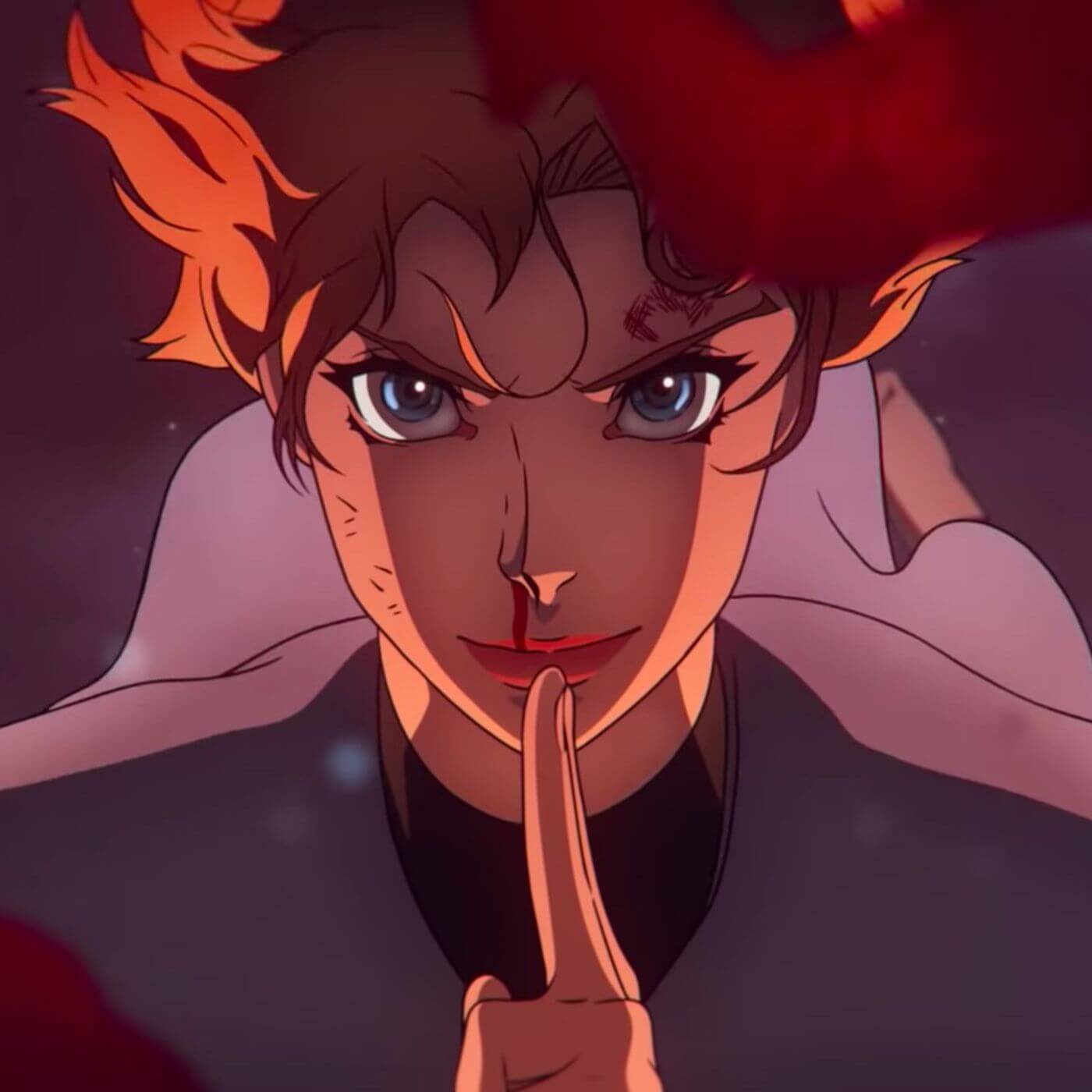 This is where everything leading up to this point begins. The portal is inevitably opened and they have to quickly dispatch all the visiting demons from hell. At this point, we finally get to see some action that wasn’t shown much in the season so far. Some sequences in the series keep you locked on the screen, especially towards the end, where everything starts to come together, leading up to the season’s finale.

While watching, you can tell they really put their all into the final episodes as the action sequences are beautifully animated and choreographed. The scenes are shown smoothly and consistently without any dialogue to emphasize on what’s happening while letting the action speak for itself. Throughout the episode, the significant scenes are shown alongside the other characters as it lead to the story’s end.

But A Depressing End

Sypha and Trevor managed to fend off the demons and close the gate with Saint Germain help, but before doing so, we are shown both Dracula and his wife in hell. As the goal was to bring them back all along. While they succeeded in closing the portal, the story doesn’t have a happy end. Most of the village is burnt to the ground along with its inhabitants, and they leave everyone dead behind them. As Sypha laments on what happened, Trevor only remarks that this is a normal day for him.

By the end of it all, even the horses looked depressed. Hector is betrayed and is treated as a slave, Alucard is left broken by his experience and begins to grow cold and morbid reminiscent of his father. It seems the only person who had anything remotely close to a happy ending was Isaac. At the end, he achieved his goals to create an even larger army. 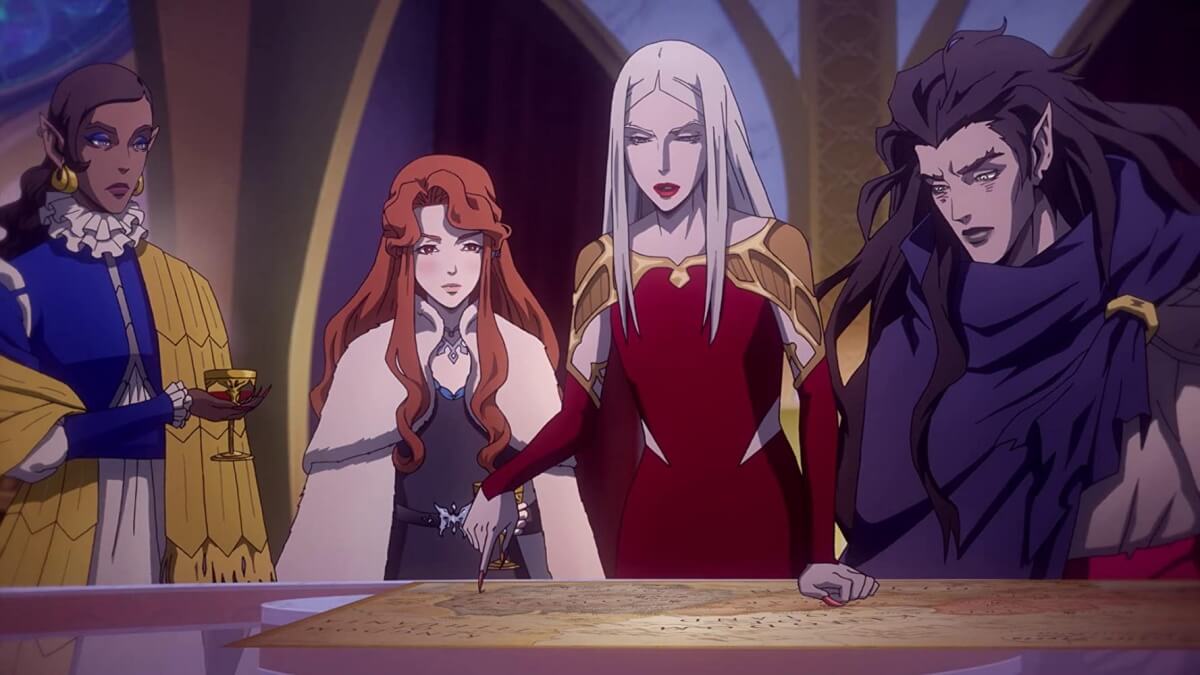 The season while great, still had moments I had gripes with it. For one, Hector’s story in this season just seemed a bit unnecessary. It’s as if the writers only wished to punish him throughout the series, as the expected result was still the same at the end regardless.

Granted, there could be another season which could add to this, but for now, it could’ve been done better, especially as it is the weakest story among the rest. Another is how quick the twins were to betray Alucard with no warning at all. It seemed a little forced as if all that mattered was Alucard getting worse off at the end.

I also found it a bit odd that the betrayals just had to include sex to pull off, which again, came off as being forced.

When it comes down to it, the Castlevania series is not where you look for an accurate representation of the video games. As at this point, its become its own thing.

Are you a fan of the Castlevania series? Did Season 3 meet your expectations? Let us know your thoughts in the comments section below.

The third season of Netflix's Castlevania series offers a story that is both stunning and entertaining, yet it fails to hold interest in some places.