Death Stranding is More Of a Movie Than a Game 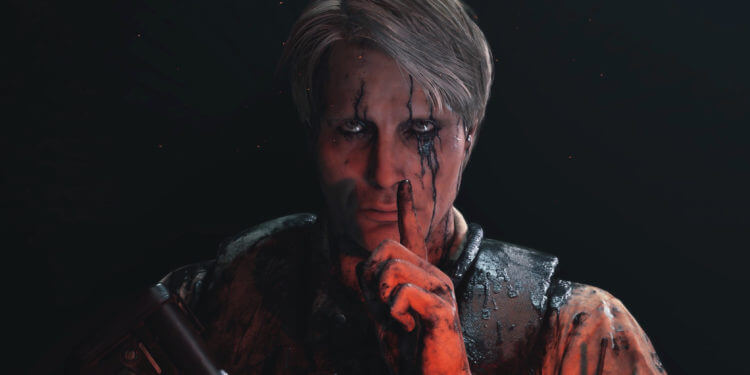 Disclaimer: This is not a review of Death Stranding but an analytical break down of Hideo Kojima’s work on the direction of Death Stranding. However, if you would like to read the review you can do so here and get back to reading this. Furthermore, I would like to add that this is my opinion and the statements made by me shouldn’t be taken as an objective fact (aside from some objective facts). And with that out of the way, you may proceed.

Hideo Kojima is a well-known director in the industry and for good reason too. With many hits under his belt such as the acclaimed Metal Gear series. His latest individual game Death Stranding is his most polarizing, ambitious, and cinematic title to date. So cinematic, it shows more of its depth not in gameplay, but cut scenes. Death Stranding fails in so many ways as a video game but also succeeds in so many ways as an individual cinematic experience.

There is so much evidence to back this up. With Kojima himself stating how much he adores cinematography and films, with his statement: “Just like the human body is 70 percent water, I’m 70 percent film.” Not just this, but the many showcases of his brilliant directing in Death Stranding alone.

The world is vibrant, lush, and inviting. The camerawork is more akin to what you would see in modern films today. The score and soundtrack are just perfect for being a futurist deliveryman with a lot of walking to do. The cast, which consists of real-world, well-known actors and actresses, and just the overall feel and design can be quite gushing to look at. The game is better enjoyed as a movie and quite an artistic movie it is.

As a video game, however, it brings a few noteworthy additions to the table. The world design and multiplayer system are worthy of applauding as it pushes the idea of connectivity Kojima so desperately wants Death stranding to.

The combat is albeit a bit drab and unremarkable. Featuring enemies such as the BTs and cargo thieves in which you either have to avoid or fight. You manage inventories with a lot of menu filled button pushing and holding. You transverse very long distances mostly walking, or (if you’re lucky) with a vehicle before you can set up structures and transportation routes through zip lines. The boss battles are a saving grace for gameplay as it pushes the mechanics to its full potential. 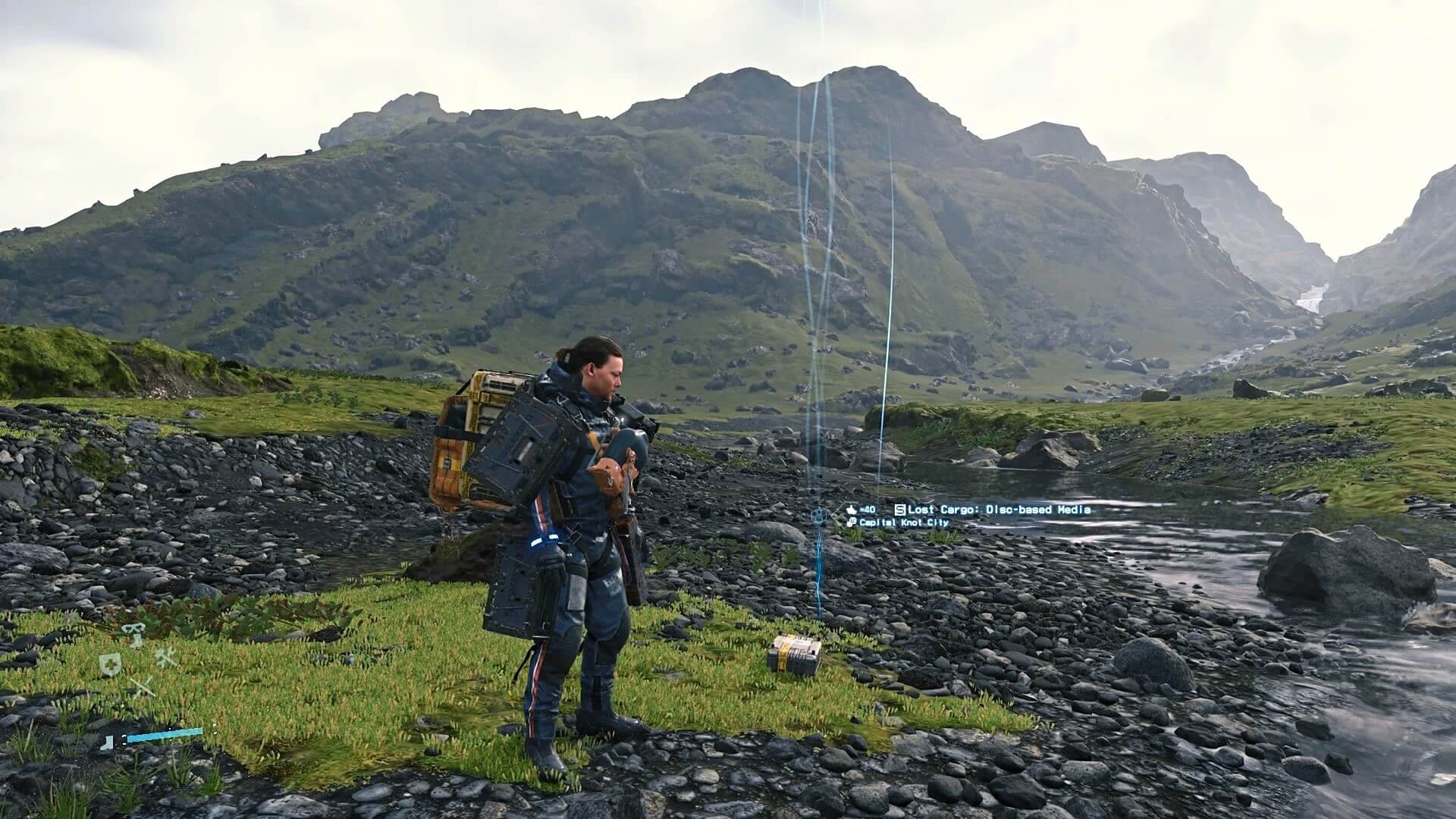 The Story and World

Kojima is known for his games including less than optimal exposition. His writing tends to be bizarre and at times quirky and random. You’d know from his earlier titles in the Metal Gear series, he isn’t an orthodox writer hence when one comes across Death Stranding, you wouldn’t fault them for thinking less of it.

In Death Stranding, The stories are complex, hard to understand, and even harder to explain. Though the further you go you’ll begin to understand the situation and why you’re job is important in the Death Stranding world. It pushes the theme of connectivity in a world where it’s very much needed.

Death Stranding keeps the player invested with items, events, and little mysteries here and there. The central activity of walking is executed wonderfully. The fetch quests that seem arduous at first, are well constructed and finely tuned. Kojima’s casting choices are inspired and accurate, displaying his genuine adoration of film and taste in pop culture. The world is fun to inhabit, the challenges and surprises are entertaining, with intriguing mysteries to boot. 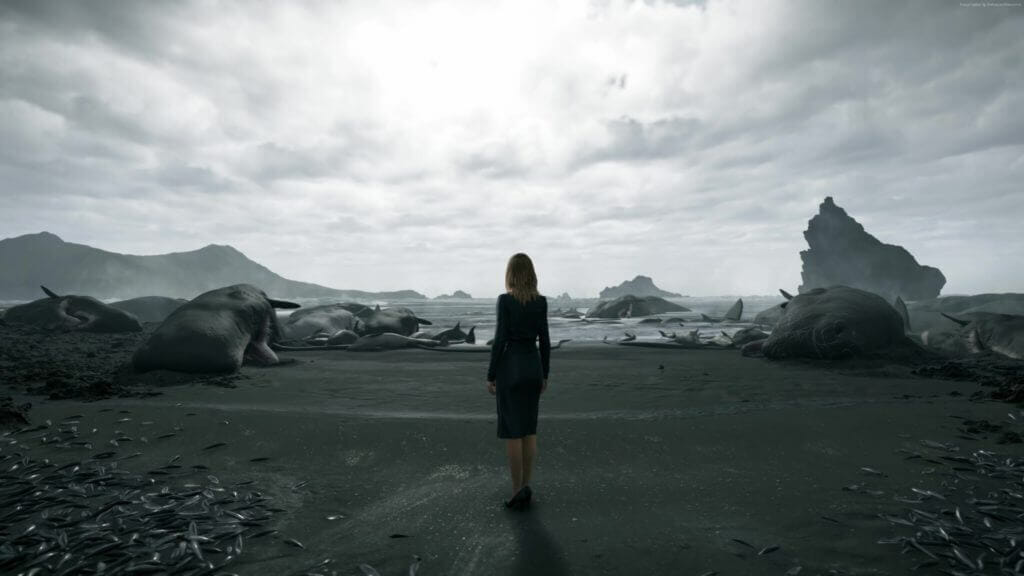 Death Stranding has a beautiful way of telling its story. The solitude, walking long distances, and fitting soundtrack, coupled with the camera angles and the weather system, reminds you, you aren’t in a recognizable America anymore. This is done so well you’d wonder if Kojima decided last minute to make this a game instead of a movie.

As he aims to take the gaming medium in a different direction on its own, calling them “strand-type” games you start to notice this direction become more cinematic and less video game-y.

You won’t find a game quite as unique as Death Stranding however, Kojima did a good job assuring that. As few games push the boundaries of what a game is or should be. But along the way kind of lost what it takes to be called a proper video game. 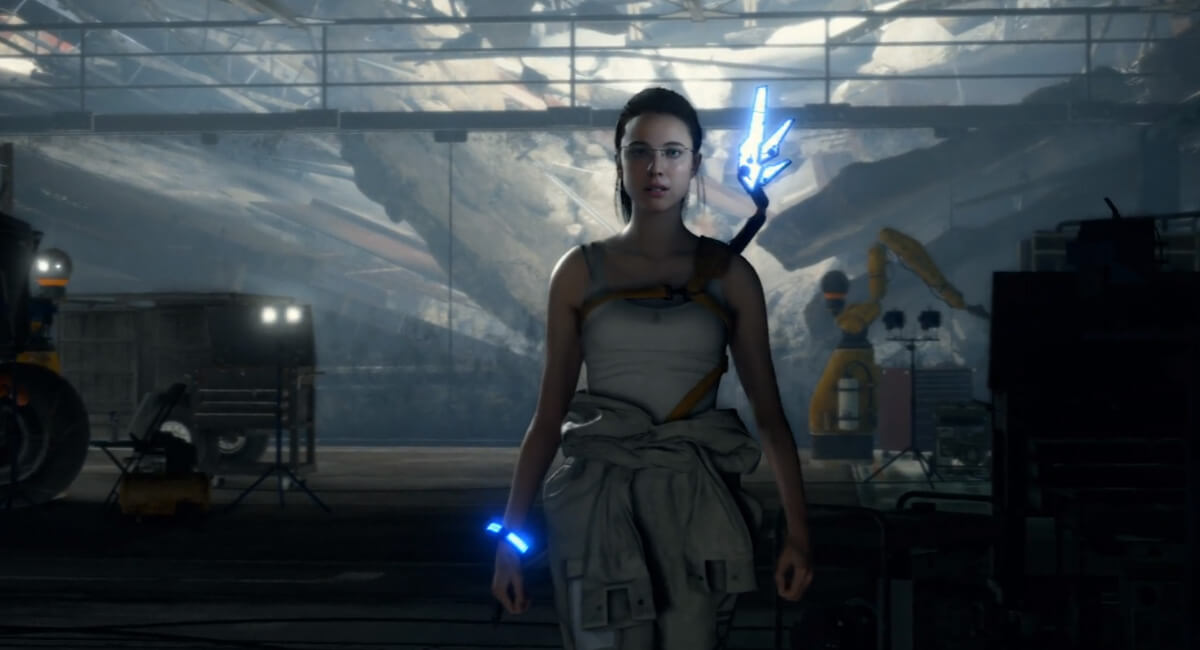 Taking all this into account, it makes sense that Kojima aims to be a film director. I, of course, encourage this as it would be interesting to see his shift from normal game direction to film. No doubt his work would be as vague yet artistic as ever. Kojima would be a good fit in the film industry. His unique and complex take in storytelling promises to bring something new to the table.

All in all, this is still a Kojima game. The story is clumsy, hard to figure out, and all over the place, but beneath all that Death Stranding is a game with so much beauty and substance, that when objectives are fulfilled and the cut scenes begin you forget that you are indeed playing a video game.

Kojima is a long-standing proof of how video games can and are regarded as an art form. And I for one, cannot wait to see how his debut on proper film making goes when the time comes.

What are your thoughts and opinions on Death Stranding? Do you see it as a groundbreaking innovation of gaming, a lackluster and overhyped Kojima game, or do you just agree with me? Whatever you think, you’re allowed to have your opinions in the comment section below.

The Art of Playing Online for Free