Ditching Consoles or a PC for Google Stadia?

Might not be a good idea, at least for now... 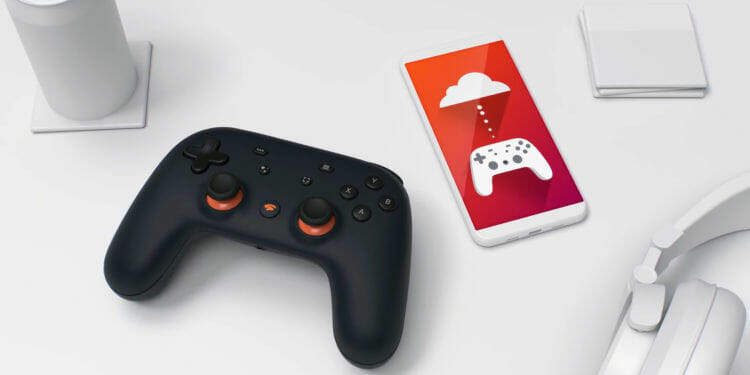 The entertainment industry is one of the most multifaceted and diverse marketplaces in the world right now. From movie streaming to online casino gaming services, this industry combines almost every medium that one can possibly imagine.

Recently, there has been a surge in streaming services. While the music and movie business has been acquainted with this service for quite a while now, other sectors are slowly coming up on stage as well, mainly – gaming.

Games are particularly popular among entertainment consumers. It doesn’t matter whether you’re a gambling aficionado playing titles similar to Pragmatic casino games or a hardcore action fan with Witcher III: Wild Hunt and other games in your collection, this sector always has something special for every type of customer.

And now, in this high time of gaming surge, the streaming services are coming to this segment as well. I’m sure you have heard about Google’s own gaming product that somewhat defies the mainstream, traditional ways of playing games.

Streaming games over the internet

When Google announced Stadia in 2019, it claimed that the service would change the whole industry, and here’s why: instead of having to purchase expensive powerhouse consoles or PCs, Stadia made it possible to play any type of game, both hardcore and mild, on the cheapest device that one could find in their home. And it only required a moderately-fast internet connection, higher than 15Mbps.

After the announcement, the whole event suddenly turned more exciting and entertaining to many gaming geeks present in the audience. And rightfully so: while there were some small-scale game streaming services like Nvidia Geforce Now, Vortex, Shadow, etc. all of them were still in a development process and besides, some of them were pretty expensive.

When Google jumped on this boat, the gamers resuscitated their hope in cloud gaming, that it would finally arrive at the mass consumer base without hefty subscription fees. Unfortunately to all the fans of Stadia around the world, the project didn’t exactly have a good kick start when its Founder’s Edition was released.

Not a lot of game choices

First things first, there aren’t that many games that you can actually play. And for what it’s worth, we’re actually concerned about the games and not gadgets or services that allow us to play them.

Granted, there are some notable picks like Assassin’s Creed Odyssey, Cyberpunk 2077, Destiny 2, etc. but still, not having Battlefield, Call of Duty, Pro Evolution Soccer, and other legendary games is a real deal-breaker for many gamers. So, if you don’t want to lock yourself in an ecosystem where only 42 games are available, I wouldn’t recommend going for Stadia, just for a little while.

The setup process is not exactly intuitive

So, let’s take a look at the actual interaction with Stadia. When you purchase the Founder’s Edition, you’re getting a three month Pro subscription, a Stadia controller, and a Chromecast Ultra.

Since Chromecast is included in the bundle, one would start with pairing the TV to it. And here’s how it gets really burdensome: it took at least half an hour to set up an account, connect it with Stadia, and then start playing on a TV. I’m not even talking about connecting the Stadia controller yet.

When compared to the existing consoles like PlayStation 4 or Xbox One, the setup process for Stadia is much more complicated than one of its traditional counterparts. First, you need to activate your account by logging in on stadia.google.com. The account should be already linked to your existing Google ID.

Then you need to go to the store and purchase some games. And to be fair, all the platforms, including TV, smartphone, and desktop took almost the same time to activate the account. But when done, it was much easier to play on a desktop or a smartphone than on a TV.

All in all, the first encounter with Google Stadia isn’t too pleasant and straightforward as it is with the conventional consoles or even a gaming PC.

Let’s move to the actual gaming itself. Sure, for the most part, streaming the games was normal and didn’t have any glitches or gateway problems. However, in those moments when these glitches occurred, it was nothing pleasant or endurable by any stretch of the imagination.

Now, for the single-player games where you’re following the main plotline, it might not be that big of a deal – although, it’s still unbearable for many players. When it comes to multiplayer games, and especially the FPS multiplayers like battle royales, it’s going to be a big downside for gameplay.

And besides this clear unpreparedness in the stability department of the service, there are other uncertainties that are worth considering before ditching your console or gaming PC over Stadia:

The worth of subscription fee

While there will be two accounts for Stadia, a Standard and a Pro, there will be quite considerable differences between them. For example, the free subscription won’t support the 4K gameplay which is increasingly becoming more popular among many gamers.

And instead of spending $10 on a Pro subscription every month, gamers prefer to spend around $400 on a PS4 Pro, which is almost four years old already, and get the 4K content right away. It’s going to be a much better value over the long term.

The rigidity of the platform

Since we’re talking about Google, it’s worth noting that when Stadia hits the mass consumer base, it’ll see quite a surge in subscriptions. This means millions of people crowding the server and trying to log in to their favorite games.

It’s not necessarily clear how the platform will hold up such an intense load. Will it crash right away? Will it show no signs of glitching? Will there be time limits to how long one player can be on the platform? These are the questions that need definite answers before making any drastic decisions.

The uncertainty of game collection

And last, but not least, the gaming catalog itself. As mentioned before, there are only 42 games presented on Stadia right now. And while there have been some announcements about Google adding one or two games on this list, this won’t make much difference for hardcore gamers.

When compared to some other cloud gaming platforms like Nvidia Geforce Now, which has over a thousand different games in its collection, it’s clear that Stadia needs to make some efforts to keep up with its competitors.

Is this the Top Smartphone Spying App for 2020?