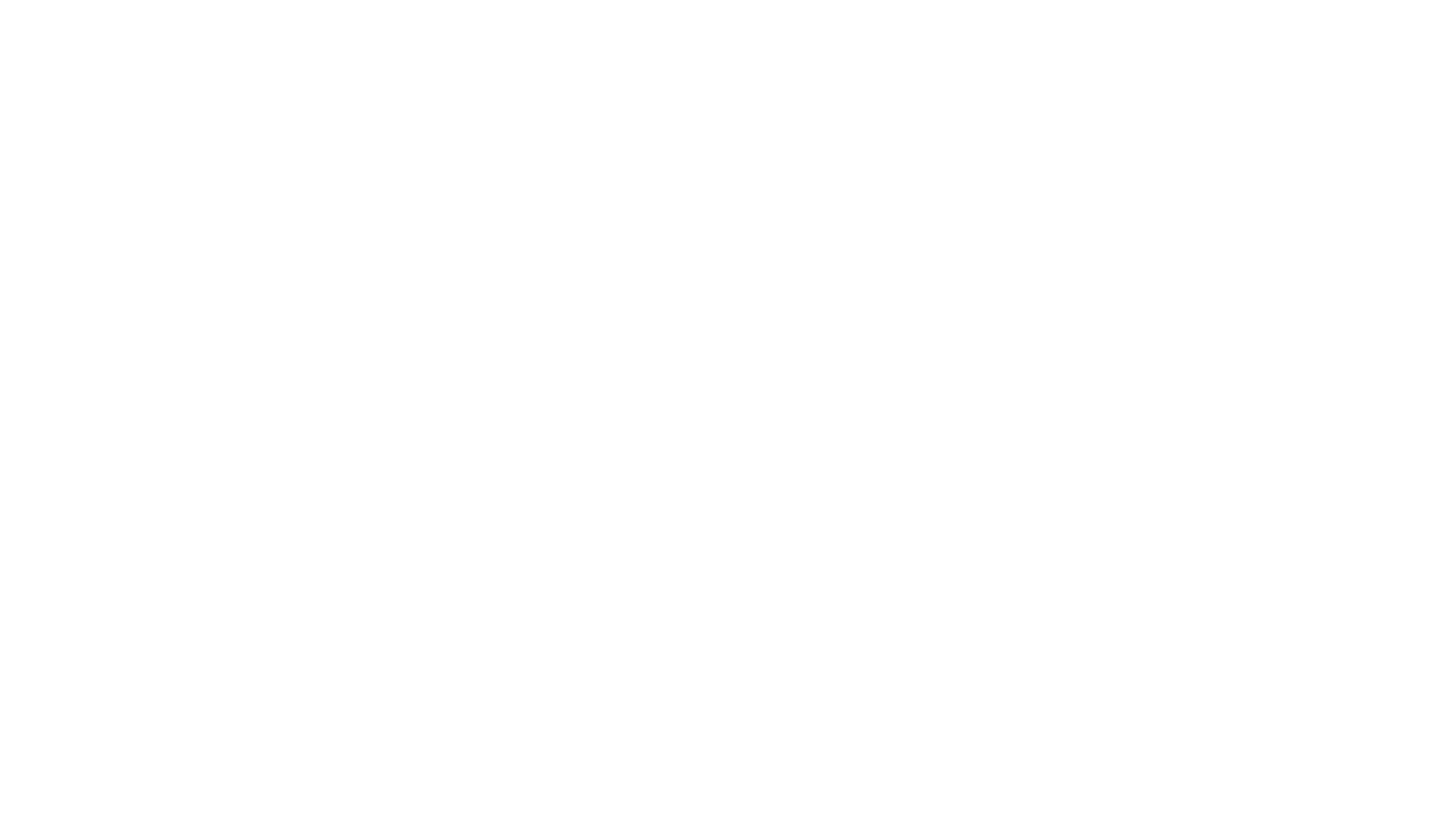 Gamers today seem to be at the beginning of another JRPG renaissance thanks to Nintendo’s 3DS and Sony’s PS Vita. While this renaissance may not match the Super Nintendo’s, it is getting up there in amount of JRPG’s and quality of them. Every month or so we are gifted with another great one, and there are many on the horizon, Demon Gaze being one of those that snuck under the radar this month. With this game, Kadokawa has crafted a simple, yet engaging JRPG for Vita owners, and NIS America was nice enough to get it to America so that we could enjoy it. There also seems to be a link between certain words in the title and difficulty: if the words Dark or Demon are in the title, you are in for a fight. At first glance this game looked to be pretty tame. I got through the tutorial really fast and was on my way to save this world, then I got my butt kicked over and over. You have to grind in this game a lot, which helps it solidify its place in traditional JRPG. None of that takes away from the game at all, you’ll just have to invest more time in this enjoyable world and kill lots of evil beings.

The story is a pretty engaging one: you awaken in a dungeon to an NPC talking to you, sadly he’s not voiced by Patrick Stewart, but he warns you of the danger then eventually succumbs to it. You escape the dungeon only to find yourself in a basement with Lancelorna, a fellow demon gazer, and she tells you that you must defeat what is coming up the stairs to prove yourself. You find yourself in your first battle with a demon, once you defeat it you stare at it and capture it with your demon gaze. Lancelorna has then seen enough and tells you that you are a true demon gazer and leads you up the stairs to a very posh inn. There you are told that the inn is that last safe place in the area and everywhere else has been taken over by demons.

You are also told that with your demon gaze ability you have the power to route all the demons and bring Grimodar Castle back to its former glory but before you can do that though you have to earn you place at the inn. You’re then introduced to the manager who tells you of her love for money, her servant who beckons at the manger’s every call, and the mortician who’ll help you come back to life when you die over and over. You are also introduced to the two shop-keeps who will keep your bag full of potions and weapons. Once you meet everyone and get to your room, you are tasked with entering the barren lands of the kingdom to test your might. This is the first of many dungeons that you must crawl through and find and defeat the demon that holds power of it. These demons, once defeated, will aid you in battle. You then take them back to the inn and the manager turns them into keys so that you can carry them with you and use them when they are needed. 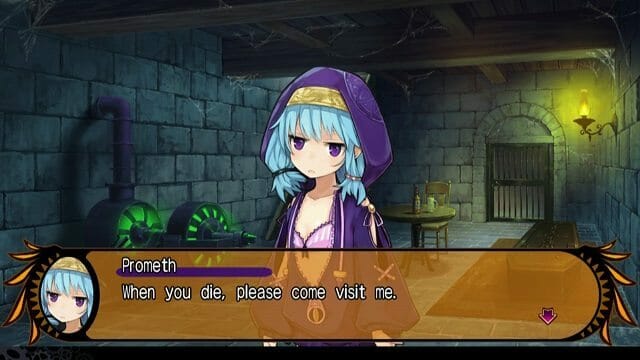 The controls on this game took a bit of getting use to, and they are somewhat hard to explain. This is a first person dungeon crawler, so your first reaction when playing is to use the analog sticks to look around and move, that isn’t the case with this game. The right analog stick sidles you to the left or right, the left stick controls your movement completely. If you push forward on the stick you go forward, but I found that the d-pad on the Vita is much better to use on this game, left is left, right is right, and you won’t get all messed up as you wander around the dungeons. Other than those basic controls there is nothing to really confuse you or hinder you as you trek looking for demons and treasure. When you come across a demon in the dungeons, the control scheme changes a bit and just turns into a strategic button mashing. You can chose to attack, defend, skill, item, run and demon. The demon choice is what makes this battle system different than the rest. Once you have a demon key you can summon them into battle to aid you, they will attack and heal on your behalf for a designated amount of turns. Once those turns run out the demon will become enraged and start to attack you. So you have to put the demon back before the gauge goes to zero or you have a chance of dying because your demon is mad.

The character design in Demon Gaze is great: none of the main characters look similar, and they all have very distinct personalities, even the NPC mercenaries, while looking similar, all have their own personalities. It is refreshing to see that KadoKawa took so much time into creating personalities for all of these characters, it makes the story engaging and makes you want to continue playing to see what fate befalls all of them. Unfortunately it seems that they skimmed development time on the dungeons, where you spend a majority of your time. The first dungeon you are taken to is a plain desolate city that is constantly on fire, and as you traverse it you see what seems to be the same brick wall over and over. Sometimes that wall has a window in it, other times it has a door, nothing too groundbreaking.

Finding enemies in the dungeon is a bore as well. Either you walk to a symbol that has a skull on it and begin to battle, or it is random and you begin to battle but you can’t dodge the symbols, which means you must battle in that area. There really isn’t much in the dungeons: you can go find potion symbols that give you items, or you can find Gem Circles which, should you have acquired a gem in your travels, allow you to summon demons to battle from another plane that drop better and more valuable equipment. You can also leave notes in the world, ala Demon’s Souls by acquiring Magic Chalk to leave those notes with. Sadly you have to spend a lot of time trudging through these dungeons so you can continue the story and see the great designs there. That being said, I am not the huge JRPG fan that many gamers are, so while this grinding quirk may be a detriment to me, to other gamers it may be a godsend. 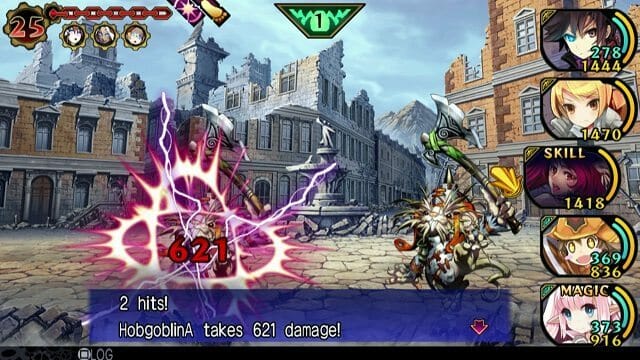 There really isn’t too much replayibilty pouring out of this game. Personally I’m not one to grind for hours and hours, beat the game then suddenly want to do that all over again. However, your money is well spent as you will spend countless hours traveling from dungeon to dungeon, leveling yourself and your party up by defeating enemies over and over. To some gamers, that sounds like a dream come true, to someone who is just really getting into the genre it is perhaps not the biggest selling point. There are other JRPG’s out there for you to enjoy before you tackle a great homage to yesteryear’s JRPG’s. The game is a very good one though, well put together, well thought out, beautifully designed character wise and fun to play until you die, over and over. I would definitely suggest it to fans of Chrono Trigger and the Final Fantasy‘s on the PS1, but if you are newer to the genre, look for another title to sink your teeth into. After a few of those, come look at this one and you’ll fully enjoy all that Demon Gaze has to offer. 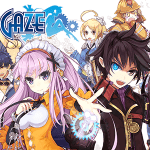