Exploring the Disappointment – The Last of Us 2 Second Opinion

Where the game hit, missed, and fell flat on its face

by Endyo
in Opinion, Second Opinion
2

The Last of Us 2 has seen plenty of controversy and some of the most polarizing perspectives out there. Some are saying it’s the greatest game they’ve ever played while others seemingly can’t stand its existence. The reality, at least for me, lies somewhere in between. The game radiates with the polish a AAA studio like Naughty Dog has consistently produced, but it still suffers in several areas from poor design, narrative, and gameplay choices. 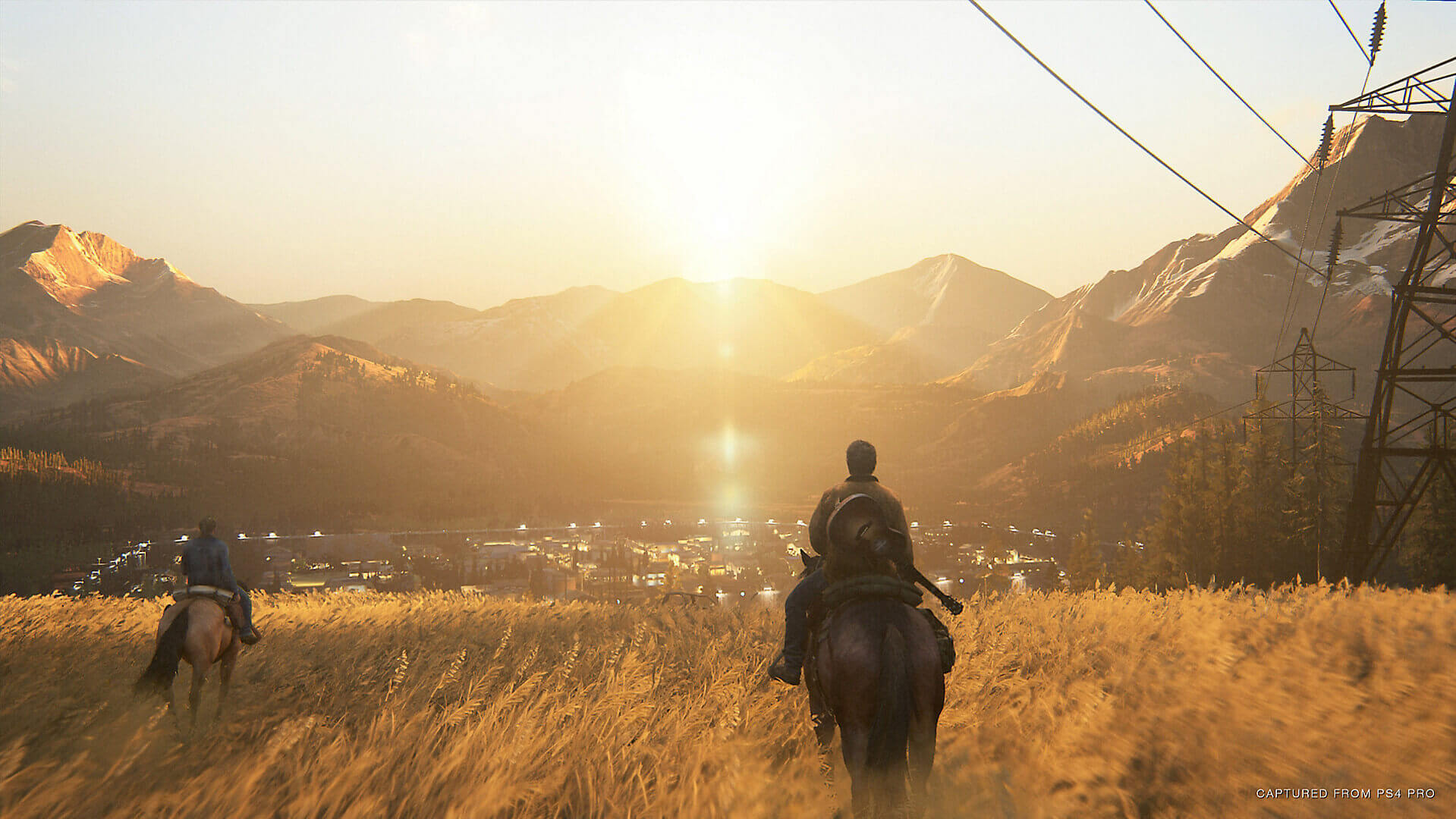 Taking in the view

One of the very first things that The Last of Us 2 presents is exceptional graphical fidelity. As your ride through detailed forests and across the sun-kissed fields of waving grains, it’s hard not to be impressed with the wonders of the lighting and textures used to create everything you see. It’s not just the introduction that impresses though. Moments throughout the game, from snow-covered hills to dilapidated cityscapes, gorgeous craftsmanship is always on display.

The quality of the sound design is probably the only thing that can rival how great the game looks. Every bit of detail the environment, weapons, and tools are backed up by a robust collection of sound effects. The visceral sounds of hacking away at people and monsters are as impressive as it is grotesque. Listening even comes into play as your primary way of determining whether people can see you. Not just from the low roar that accompanies it, but that sounds enemies make to alert you and others.

From an audio and visual perspective, The Last of Us 2 is among the very best for creating a world that, in any screenshot, is believable. It looks as you would expect long abandoned and often destroyed locations would. Even later rebuilt areas manage to follow the utilitarian nature you would expect from that sort of situation. The only areas that ever seemed to pull me out of my immersion were some of the flooded areas with their oddly convenient paths. 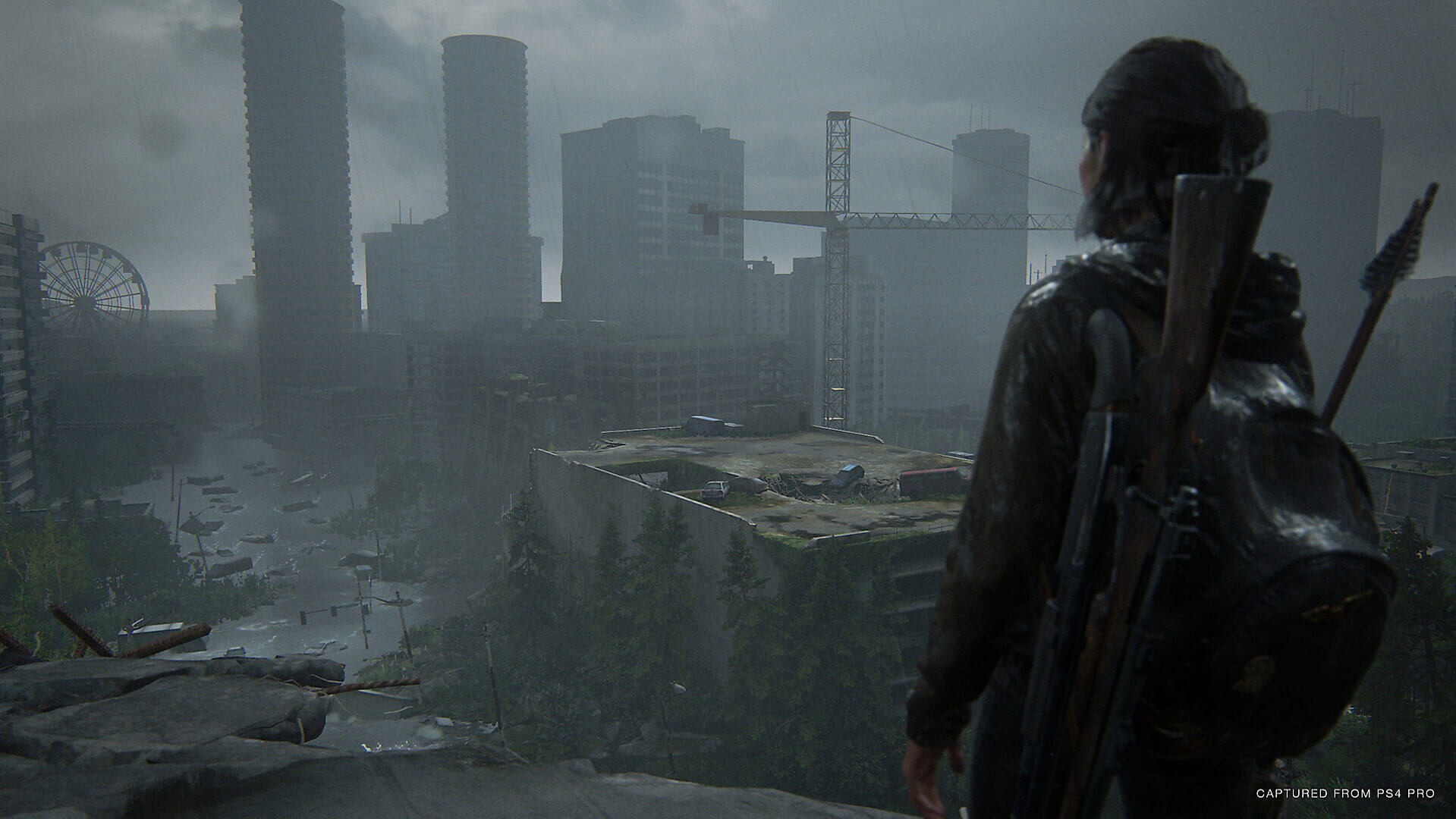 The Last of Us 2 didn’t do much to expand upon the gameplay from the original, but it didn’t really need it. Sneaking around and stabbing/shooting/choking out all of your human and less-human enemies is as engaging as it has always been. The new weapons, infected, and combatants add a little to the experience, but it’s still immediately familiar. Even after seven years, anyone could transition from the original to this sequel with little to learn.

Of course, across the full length of this game, you play as two distinct characters. Ellie, of course, provides gameplay just like in the DLC for The Last of Us. She relies primarily on stealth and can use her knife infinitely to take out most opponents quickly and quietly. Abby, on the other hand, uses more brute force options. Rather than creating traps and arrows, she can make deadly pipe bombs and more ammo for her very effective guns. You still benefit from using stealth, but she can hold up much better in a firefight with these tools.

Crafting still plays a big part in the gameplay.  You’ll spend a significant portion of your time meticulously exploring every darkened room opening drawers and cabinets. In addition to crafting materials, you’ll be hoarding “supplements” and “parts.” The former are some sort of magical smart pills that allow you to learn new abilities and crafting recipes. The latter allow you to upgrade your guns with more accuracy, damage, and so on. Both provide a progression path that makes later (more challenging) portions of the game more manageable. 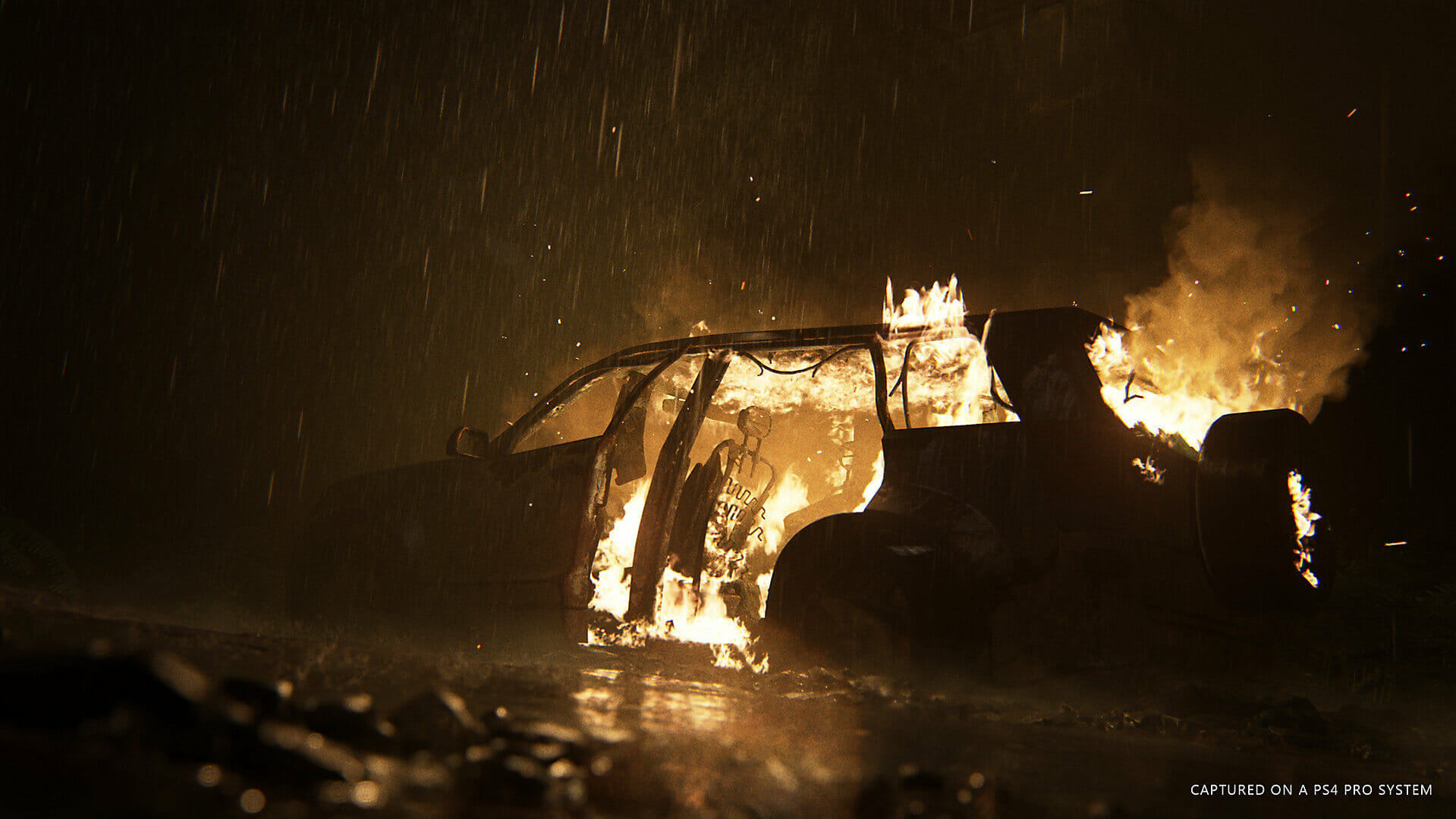 While The Last of Us 2 looks, sounds, and plays great, there are several areas where the design falters. The area that consistently bothered me throughout the game was the level design. To put it simply, it feels very dated. The rich design of every area makes it appear like there are so many options for paths and exploration, but the reality is that it’s designed as hallways and rooms. Even the most open areas start with a single entrance and end at a single exit. It does seem like they’ve expanded the play areas from the original, but it doesn’t feel like seven years of progress went into fleshing out the level design.

The other main issue is with the story. Unlike the opinion of some more vocal critics, I don’t believe the concept of a revenge plot is necessarily bad. Plenty of movies, games, and other media use the concept well. My problem was with the execution and how the story was conveyed. The writers seemingly went in with the preconceived notion that players wouldn’t be able to empathize with Abby without spending half of the game seeing the world through her eyes. They also tried to convince the players that they should suddenly care about the deaths of some characters when you’ve most likely dispatched dozens maliciously in the hours prior. It seems patronizing after a while, especially for a mature game.

The way that The Last of Us 2 drags out its content for at least 25 hours makes it even easier to criticize the story. With gameplay designed to hold tension and a story filled with painful revelations, spreading that across such a long playthrough became tiresome. The moments meant to be most impactful lost that edge because I just wanted to reach the ending. Having new characters introduced two-thirds of the way through just threw more wrenches in a stalling narrative motor. This isn’t the type of game design to explore multiple plot lines. 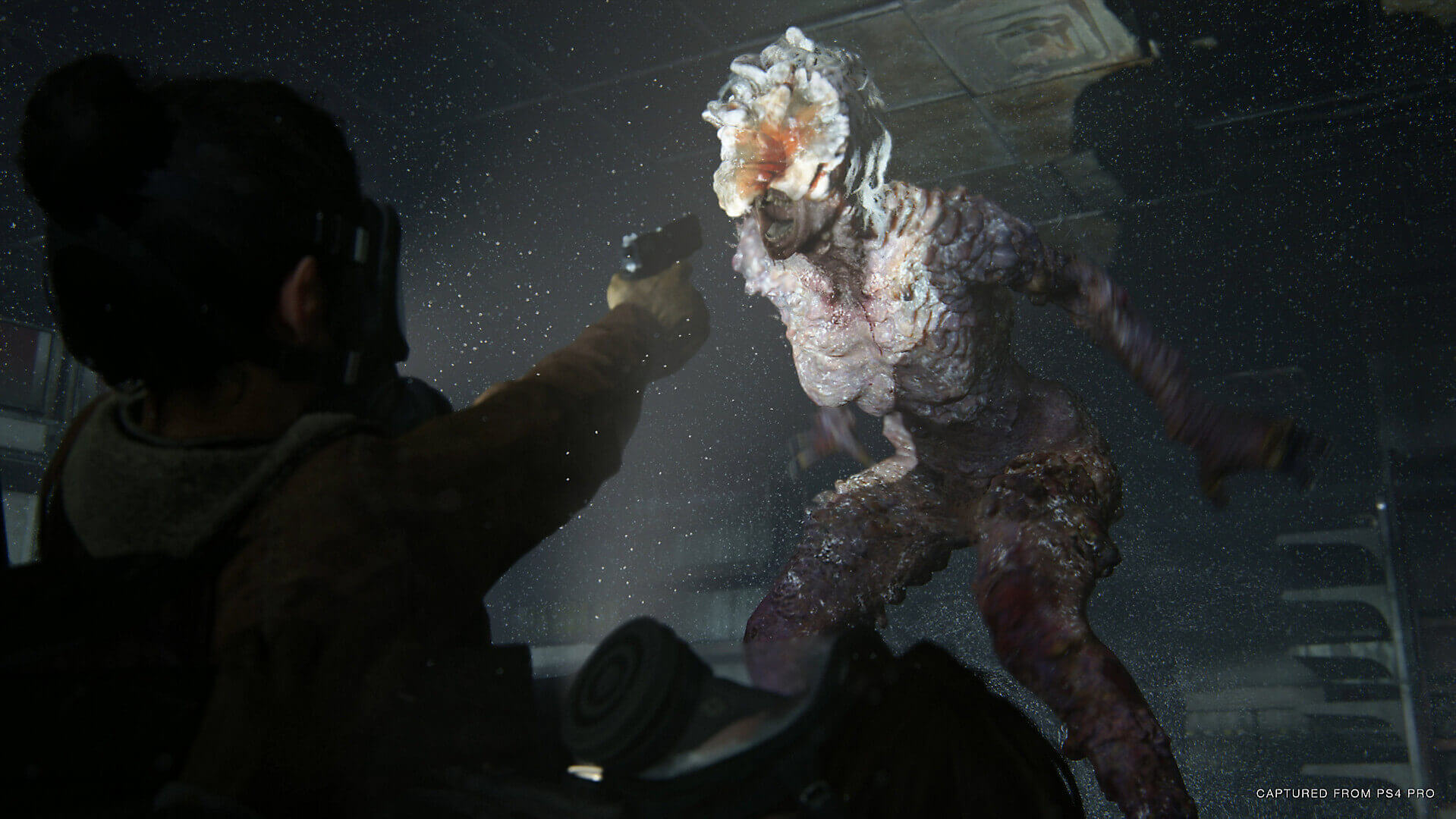 The Last of It

It is challenging, to say the least, to follow up something as profound as The Last of Us. The Last of Us 2 had to expand upon one of the most notable stories in modern gaming. I’m sure all of the writers had huge aspirations and wanted to tell a rich and memorable story. Likewise, the gameplay developers had to recapture the stealth-action excitement and expand on it enough for people to be satisfied. While I think they succeeded with the gameplay, it was hampered by having to also carry a story too big for its arms. It’s grip started to fail and the whole thing was left cracked and dented on the ground.

I don’t necessarily think The Last of Us 2 is a bad game, but it was ruined by its need to be “great.” It could have been another incredible chapter in a story that people have been waiting for across the better part of a decade. It’s a shame that real criticism of it is marred by somewhat petty nitpicks and ridiculous death threats. However, I don’t think we’ve seen the last of this franchise. Some sort of reboot/alternative story is undoubtedly being hashed out as we speak. I can only hope that it comes with level design with real branching paths and a story that doesn’t try to do more than it can handle.

If you’d like to see our review of The Last of Us Part II or more of our Second Opinions, check out these links!

[…] Exploring the Disappointment – The Last of Us 2 Second Opinion […]

This is the part I take issue with “The Last of Us 2 didn’t do much to expand upon the gameplay from the original” – there are so many options that you can tweak to play the game the way you want to play it – everything from if you want to toggle slow motion on during combat situations, if you want someone to be able to escape from your grasp or not how clever the AI should be; how rare should resources be …etc Im on new game plus and fiddling around with toggles to find the experience that I want makes it one of the best games I have ever played. I ignored it the first time because i was rushing through to avoid spoilers. You cannot play the first game in the same way. Find me a game that gives you that amount of control over your experience …..I’m waiting