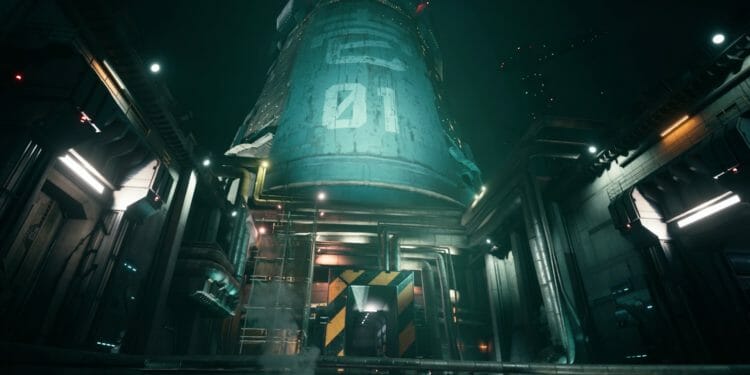 Soon, the world will be able to relive the experience of the original. How does the demo, which was suddenly dropped yesterday, hold up?

Surprisingly, it plays rather well. Fans of Final Fantasy XV that are trying this game will find its combat to be surprisingly similar. The engine this game was based upon the one used in that game. Combat is quick, and fluid, and you’re able to attack, dodge, use spells, and guard attacks with relative ease.

Under your player character’s health bar lies the ATB gauge, which controls your spells and special attacks while in combat. It’s divided into two segments. This allows the player to save it to, for instance, use a special physical skill (such as Cloud’s Braver attack) and then use a spell (Fire, in this case). ATB consuming attacks can be assigned to shortcuts in the game’s pause menu.

Before going into battle, the player must select one of the game’s three difficulty settings. The first of which is Normal Mode, where the enemies do normal damage and the game plays as described. In Easy Mode, enemies are not as aggressive, and you wind up taking less damage as a result.

Classic Mode, while being a nod to the way the 1997 original played, is a mixture of both old and new. While still being able to run around, evade and guard as normal; Cloud and other characters will automatically attack, leaving the player to primarily focus on ATB management for their experience. However, Classic Mode has the same battle difficulty as Easy mode, making enemies not hit as hard as they do in Normal Mode.

One of the biggest takeaways from the demo is the interactive Tactical Menu. Pressing the X button accesses this menu at any time during combat. This menu allows the player to spend the ATB stocks their characters have and perform special skills, like the aforementioned Braver attack.

It can also serve as a sort of interactive pause menu to assign commands to other party members, such as Barret using Thunder magic. This menu serves to keep the action fresh and give players a moment to recollect their battle strategy if needed.

Now, Cloud’s not to complete the entire Bomber Mission by himself. After progressing a bit into the demo, the game allows you to take control of Barret. His selection of attacks is better suited for fighting at range.

Switching between party members is as simple as pressing left or right on the d-pad. This allows for very quick switching when necessary during combat. This change comes in contrast to Final Fantasy XV, where you would need to hold both L2 and R2 and flick the analog stick. Both characters have unique mechanics that set the two apart aside from one being better suited for up-close fighting and the other for ranged combat.

Cloud’s Operator/Punisher system is a style switch, akin to other games like Devil May Cry. Pressing Triangle will cause Cloud’s style to change. When starting combat, he’s in Operator Mode, where he runs at normal speed and is able to attack quickly, along with guarding and rolling.

By switching to Punisher Mode, he loses a lot of speed, and the ability to hold guard (he has to time presses to counterattack instead). However, his attacks hit significantly harder than before and will fill his ATB gauge faster. Evading attacks will automatically switch Cloud back to Operator Mode, allowing for more consistent dodging rather than moving slowly.

Barret, in contrast, is more suited for ranged gameplay. His basic attack involves firing his gun arm, which allows him to take out turrets or flying targets Cloud can’t normally reach.

Barret’s Unique Ability is Overcharge, which allows him to fire a shot volley of bullets that deals significantly more damage and greatly fill his ATB gauge. However, this ability comes with a long cool-down timer. His two ATB-specific abilities are Steelskin, which boosts his defense, lowering damage taken; and Focused Shot, which expends both ATB bars to fire a single powerful shot that significantly increases Stagger.

Stagger is another mechanic making a return from a previous title, this time Final Fantasy XIII. This mechanic is indicated by a red bar underneath enemies’ health bars. As it fills, enemies will become Pressured, and their Stagger gauge will fill faster.

Upon maxing it out, the target will be Staggered, rendering them defenseless until the bar empties overtime.  This gives players an opportunity to deal increased damage with all attacks during its duration. Using Unique Abilities is key here, as it allows for the player to very quickly generate ATB stocks while Stagger is active.

Traversing the dark and dimly lit Mako Reactor eventually leads to its core, where the demo’s boss is. After setting the bomb’s timer (and not Cloud’ing it), the Guard Scorpion drops from a far-off platform.

This enemy is a four-legged walking tank that fights in three phases. The first involves the player having to damage the Guard Scorpion enough to cause it to activate its damage-resisting Barrier. Occasionally, during the fight, the Guard Scorpion will jump on the walls of the Reactor, prompting a switch to Barret to effectively deal damage while it’s out of reach.

Disabling the barrier requires attacking the field generator on its backside to drop its Barrier, enabling Pressured on the boss. Phase three, after damaging it more sufficiently, causes the Guard Scorpion to start using its tail laser, prompting the player to hide behind debris to prevent taking a lot of damage.

During this third phase, the boss will also start healing itself, and two extra attack spots will appear; its front legs. Attacking these spots will Stagger the boss, allowing the player to quickly dispatch it with Limit Attacks after both legs are destroyed.

Upon destroying the Guard Scorpion, it falls deep within the waters of the reactor, and the bomb’s timer starts going. Fighting the enemies on the way out, save for a few specific mini-cutscenes, is purely optional, but escaping is priority one. Escaping the reactor with Barret and crew brings the player to the demo’s conclusion.

Overall, this demo is a solid sampling of what’s to come at the end of the month when people will be able to experience the full game at home. To be fair, the demo is the exact length that it should be, covering the entirety of the Bombing Mission in the original game.

The difficulty is also not too hard for new players looking to try the Remake. In closing, the Remake gives off a great first impression of what’s to come for Final Fantasy 7 Remake in April.

What do you think about the FFVII Demo? What are your thoughts on our Final Fantasy VII Demo First Impressions? Are you going to play the full game once it releases? Let us know your thoughts in the comments section below.