BagoGames > Articles > Opinion > Game On: The Inclusivity and Diversity Problem

Game On: The Inclusivity and Diversity Problem

The real problem may not be what you think it is... 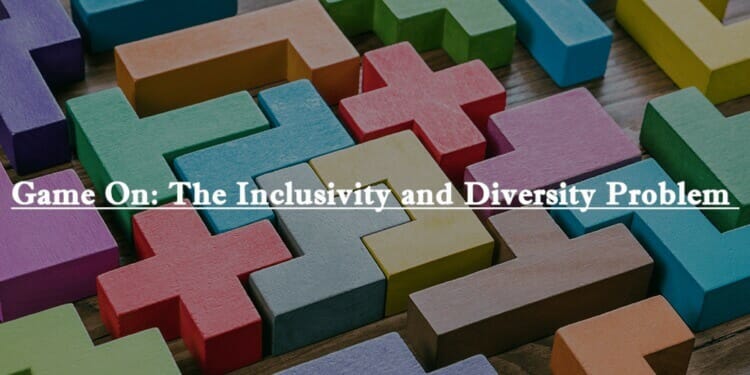 In video games, there is an inclusivity and diversity problem. However, contrary to popular belief, this is not an issue brought about by a lack of it but due to an overabundance of it. Ever since the GamerGate controversy in 2014, the gaming industry and the gaming community has been receiving numerous unwarranted criticism. Tragically, game developers succumbed to the onslaught of criticisms borne out of GamerGate, and chief among them was how video games lacked inclusivity and diversity. This has led to several problems in video games, such as mediocre characters, stories, and sub-par gameplay.

I find it is necessary to address these issues, as it draws attention to the problematic nature of forced inclusivity and diversity in video games. Let’s delve into this issue a bit more and see what the real problem is here.

The above title is a farce due to the numerous reasons. First, the film and television industry leans toward the Left, meaning heavy emphasis on ethnic or gender groups rather than individuals. Second, the American political climate is chaotic, though almost the entirety of the world is, hence many people; including filmmakers and other creators indulge themselves by taking potshots against particular individuals in power. Final, creators are usually desperate for money, thus they are willing to do whatever is necessary merely to draw an audience.

This triangular relationship between Leftist politics, taking it to the “man”, and desperation has made its way into the gaming industry; resulting in a decline in the artistry, intuitiveness, and quality of video games.

Forced inclusivity and diversity is problematic due to how it devolves minorities into “trophies of virtue.” This is due to virtue signaling that results in ethnic and gender groups losing their humanity. Moreover, entertainment mediums that pander to attract audiences that enjoy them for their “diverse” characters rather than giving them character. Furthermore, it leads to game developers abandoning creativity in the pursuit of a perverse diversity.

Interestingly, this pandering does not necessarily ruin the quality or enjoyment of a piece of media, however, it does ruin any form of genuine heart and soul put into the entertainment medium. For example, Soldier: 76 is one of Overwatch‘s numerous LGBT+ characters, however, other than him being a gay character there is nothing noteworthy about him. This is becoming a trend with LGBT+ characters in video games, whereby their sexuality becomes the entirety of the character. Although these characters resonate with individuals intellectually passive enough to celebrate pandering, they tend to lack appeal with the gaming community and functionality within the game.

In stories, characters perform a vital role, one that relies on functionality, this is lost due to the more intensified pushes for inclusivity and diversity. Recently, characters in video games often resemble a misplaced puzzle piece that fails to fit in a ten thousand-piece puzzle. This is problematic since characters need to mesh well with their in-game, however, to achieve this mesh-ability. For example, Krem from Dragon Age Inquisition. Her most definitive quality is being a transgender man (female to male), however, aside from this, there is nothing else about her character that exists in the game and its story.

In short, Krem exists not merely as a character to highlight how “inclusive” and “diverse” the world of Dragon Age is, but more so to portray Bioware as a studio that supposedly considers this one of its top priorities.

One of the most crucial aspects of a video game is gameplay but this is undermined by forced inclusivity and diversity. Game developers concern themselves with pandering to audiences that support pieces of media based on how “inclusive” and “diverse” they are, however, their focus on virtue signaling is detrimental to gameplay. This results in further incompatibility between video game characters and video game worlds. These characters that meet “inclusive” and “diverse” standards often times present an issue or issues that affect the gameplay. This is usually due to how particular actions or scenarios could be seen as offensive for some reason or another.

For example, Cyberpunk 2077 is planning to include transgender and non-binary options for character customization, given that the game is a Sci-Fi RPG (role playing game).

The developers of Cyberpunk 2077 admitted that this is a difficult task, thus one can assume if they manage to implement these options, it will affect gameplay because certain choices can only exist for particular characteristics and attributes. Another example comes from the game’s first missions, shown in a demo play-through, in these missions the protagonist fight two gangs, “The Voodoo Boys” and “The Animals.” Many online felt these missions were racist and some even claimed it was a “white supremacist fantasy.” This all happened due to the protagonist having default customization, which had them appear as a white male.

In conclusion, forced inclusivity and diversity in video games is problematic. This is due to its triangular relationship between Leftist politics, taking it to the “man”, and desperation has made its way into the gaming industry. This negatively impacts the characters, stories, and gameplay. First, ethnic and gender groups lose their humanity because they are devolved into trophies. Second, in stories, characters perform a vital role, one that relies on functionality but this is lost. Lastly, gameplay is undermined and it ruins the gaming experience. Thus, forced inclusivity and diversity is a problem within video games that needs to be remedied before it becomes unmanageable.

Many would probably disagree with what I have said here while others might agree with my stance, thus its necessary to encourage discussion. Let me know what you think about diversity and inclusivity in gaming in the comments section below. Don’t be afraid to give me your honest opinions.

Like what Jerome had to say? Check out some more of his opinion pieces by clicking here.
Tags: Cyberpunk 2077Dragon AgeGame OnOverwatch
ShareTweetShare
Previous Post

“Ready or Not” Review: Bloody Fun While Eating the Rich