by Shannon O'Rourke
in Tech
4

As you can probably tell by the title today, I am reviewing Gioteck’s VX4 Premium wireless controller for PS4 and PC. The VX4 is a lightweight controller, which currently comes in two colours black and purple, but I’m hoping that in the future there will be more cool colours add to the range. The VX4 is almost exactly the same size as an official PS4 controller and it also has programable back buttons, motion and vibration capabilities. The back buttons are in a great place so that your fingers rest on then naturally and you aren’t having to move your fingers too much to press them.

The controller has a fully operational track pad for use with suitable games and it functions exactly like any other. The VX4 also has a 3.5mm audio port to plug a headset or earphones in, for in game chat or immersive audio. The controller also includes a cool dotted design for the labelling of the triangle, O, X and Sqaure buttons. On the controller as well, there is a share and options button, a home button between the thumb sticks, a small power button below the home one and a speaker which gives good quality audio. 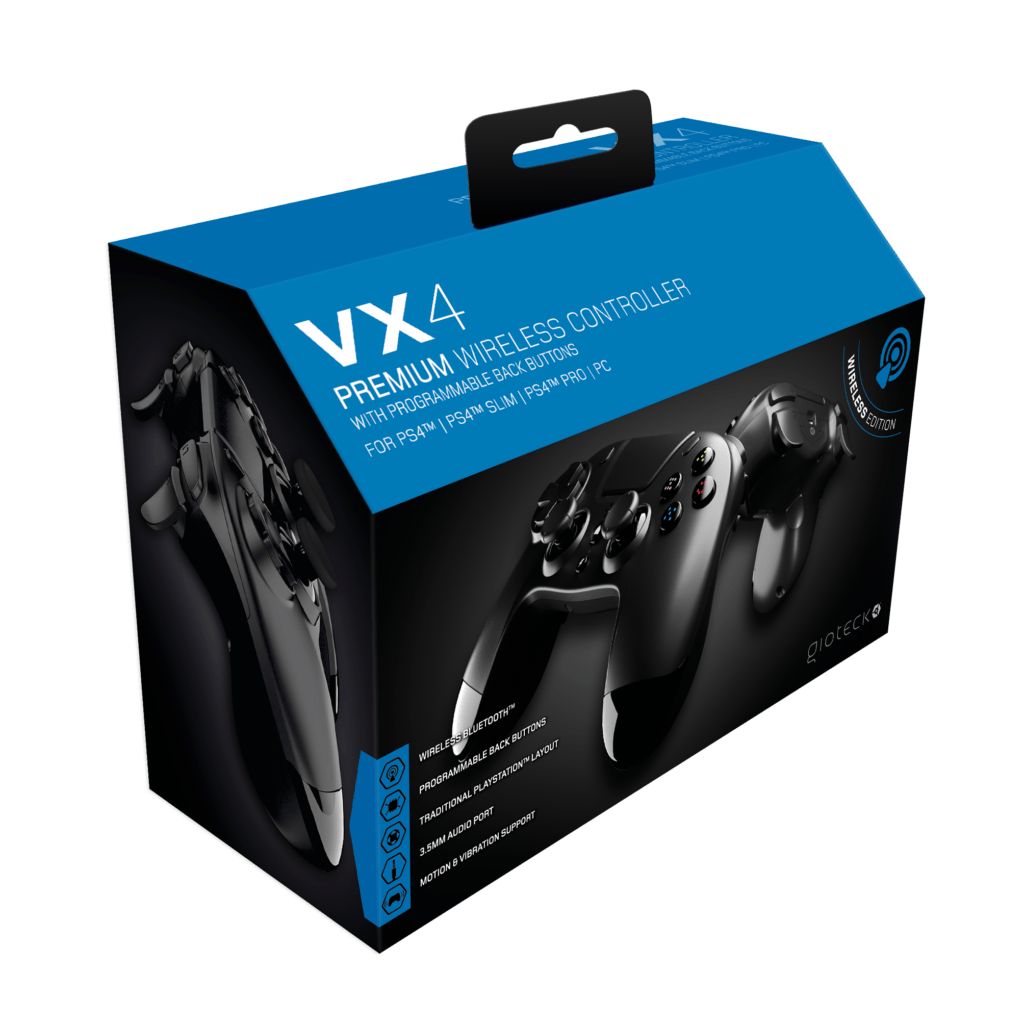 I have tried the controller both on the pc and PS5. When I plugged it in via USB to the PS5 it connected instantly, and upon unplugging it changing to wireless mode it instantly connected to my ps5 without any problems, like standard PS4 and PS5 controllers when you unplug them. The wireless on the controller is really good too, I had no problems with input or having it cut out in any part of the room. The VX4 also works extremely well with the PC too; I just plugged it in and it connected and was ready to use. Like with the PS5 there was little to no input lag and it done exactly what I wanted when I wanted it to.

The L and R buttons are however quite long meaning they hang over the back edge of the controller more than other controllers but It hasn’t really affected the playability at all. The triggers are very responsive and have a good feel to them, producing no click the same as a PS4 controller. The VX4 also has anti-slip thumb sticks so that help keep your precision in those moments in games where being exact and quick is a must. It also has a precision D-pad. 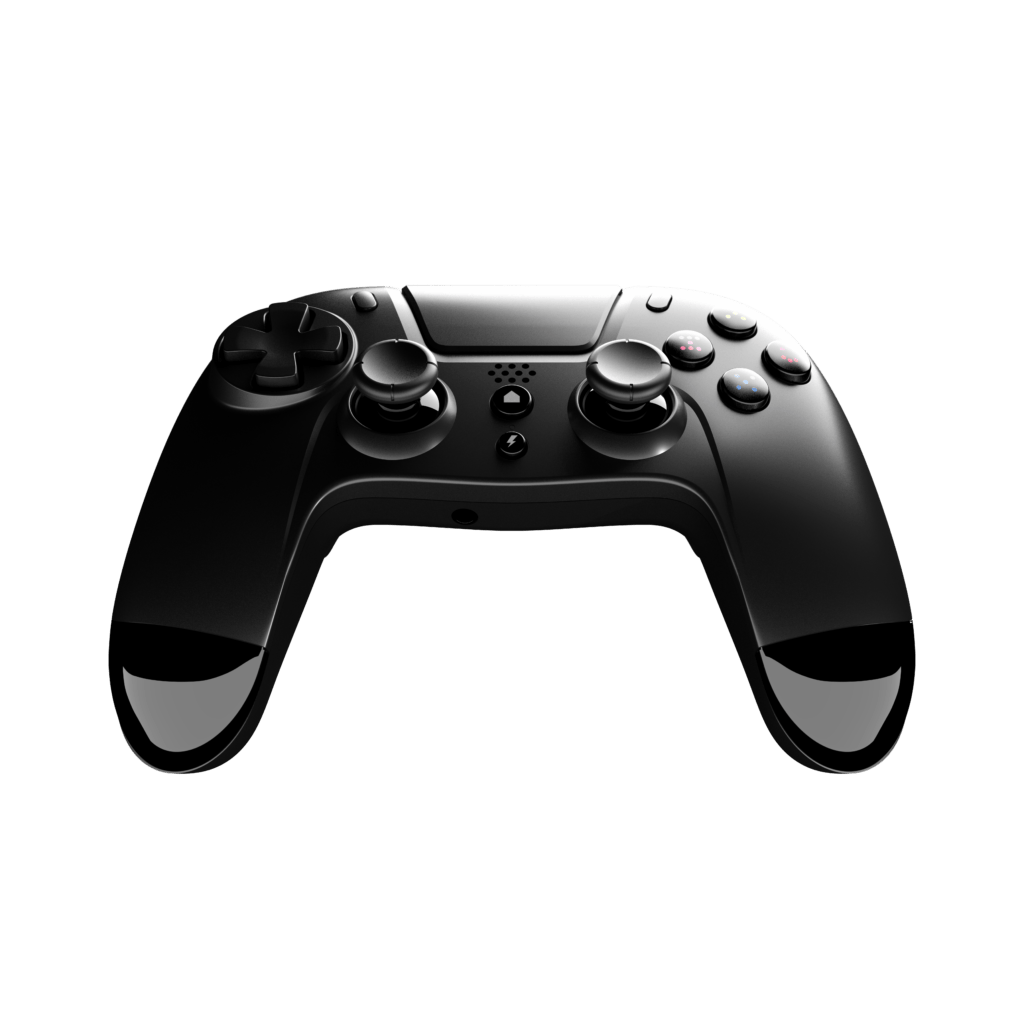 In conclusion the VX4 controller is a really good alternative to the ps4, that has almost all the bells and whistles that a PS4 controller has and there even a slight upgrade of having back paddles so you can programme to do certain actions in games. It has great usability and an even greater price. This controller would be a great alternative controller, great pc controller or even as a secondary controller for you ps4/5. 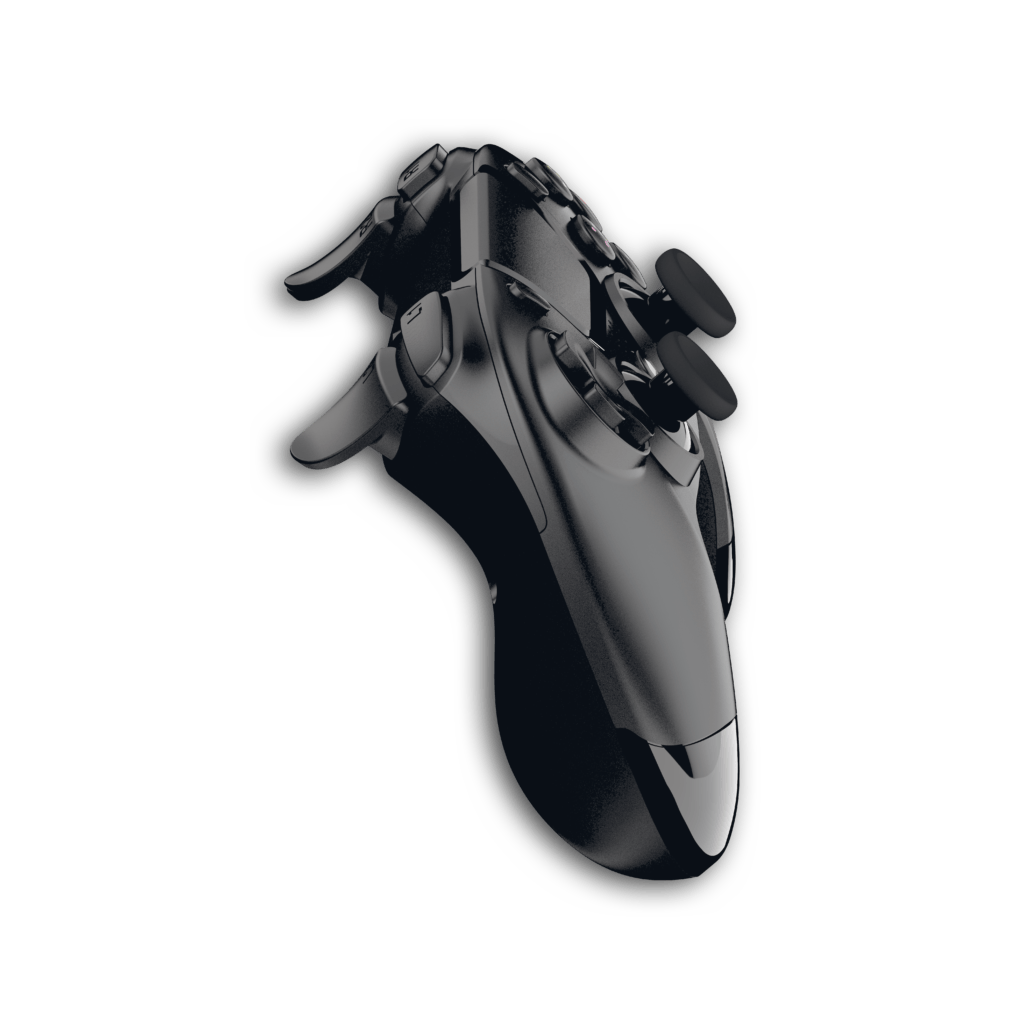 The VX4 is a brilliant alternate PS4 controller that also works on PC with a couple extra features. If you don't use a PSVR, then this could be your perfect all round use tool!

The Way of Wrath exhibiting at IWOCon 2021