Hear the sounds of the game 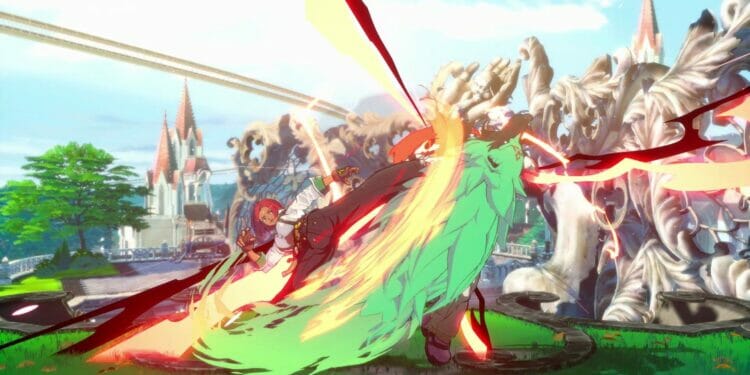 Guilty Gear Strive’s release date is quickly approaching, and an entire second open beta came and went by. It gave us access to all 15 base game characters, including series icons Sol Badguy and Ky Kiske. Included in the new beta were new balance changes, alterations to the lobby matchmaking, and the ability to rematch your opponent. What we’re here for today, however, is another part of the upcoming title; this time, in the form of content unique to the Ultimate Edition.

If you aren’t already aware, Guilty Gear Strive has three versions available to players for pre-order. You have the base game, which comes with the game and nothing else; the Deluxe Edition, which comes with the first Season Pass, and the Ultimate Edition, which also includes the digital soundtrack, art book, and palette swaps for Sol and Ky. The Guilty Gear Strive soundtrack is why we’re here tonight, as Arc System Works released a six-minute video with previews to the main theme, and all 15 characters’ individual themes. You can watch that below.

What The Soundtrack Contains

The Guilty Gear Strive soundtrack trailer showcased the first 16 themes to come to the game, including the main theme, Smell of the Game (which is available on Spotify). All of the other character themes included will be available to listen to as well, and presumably some of the Story Mode themes, as well, since the entire preview has an And more… footnote. Ordering the Guilty Gear Strive Ultimate Edition will include the soundtrack, alongside the digital artwork, which has concept art and other goodies.

Guilty Gear Strive will be releasing on June 11th for PlayStation 4, PlayStation 5, and PC via Steam. Pre-orders are available now on the game’s website, which you can visit here.

What did you think about the Guilty Gear Strive soundtrack? Do you want to order the Ultimate Edition? Are you waiting for the game to fully release? If so, are you pre-ordering it or getting it on day one? Let us know your thoughts in the comments section below.

If you liked this article, you can read about our coverage on Fighting EX Layer: Another Dash’s Japan release here.

The Surface Duo Could Be Your ‘Xbox Portable’