The return to Halloween finds little to explore 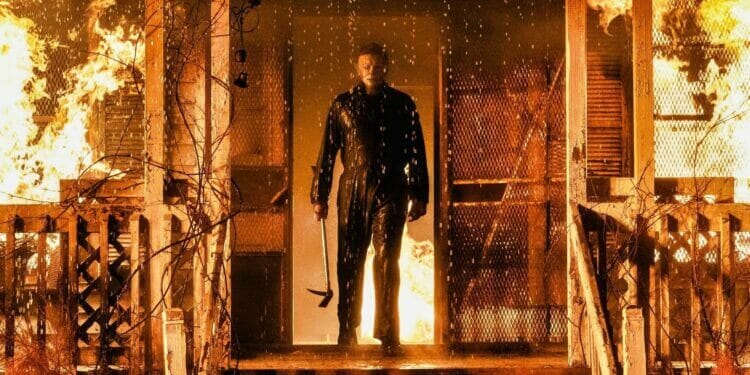 David Gordon Green’s Halloween from 2018 felt like a refreshing change of pace for the slasher franchise. Far from the absurd sequels and gritty reboots, this take on Michael Meyers felt fresh. This mostly had to do with portraying the final girl of Laurie Strode with a sense of trauma and addiction.

Now comes Halloween Kills, the sequel to the 2018 film. What more is there to explore with Michael Meyers besides more kills? As it turns out, not a whole lot worth it for a sequel.

The Night Isn’t Over

The film takes place mere minutes after the previous film. When we last saw Michael Meyers, he was trapped in Laurie’s burning home. The nightmare seemed to be over.

Then the fire department came. As they try to put out the fire, they inadvertently free Meyers from his flaming tomb. Having escaped, he goes back to his carnage of a bloody killing spree.

By this time, Laurie (Jamie Lee Curtis) is too injured to continue the fight. Stepping up to the plate is a band of survivors in the town. Many of them have had encounters with Meyers and aim to make this Halloween his last.

A Night of Violence

The best thing that can be said of this film is the kills. Michael hasn’t lost his touch for a truly cruel and vicious murder. Whether it’s stabbing chests with knives or forcing thumbs into eyeballs, he’s still a crafty killer.

His kills are far more frequent in this picture that they quickly become absurd. This silliness mostly comes about anytime someone uses a gun. Bullets will either miss Meyers or pierce a victim instead.

The violence becomes so over-the-top brutal that you can’t help but laugh. When characters are stabbed in the face or punctured with fluorescent light bulbs, how could you not? On that level, this is a competent slasher.

Who Is The Real Monster?

What doesn’t work in Halloween Kills is when it tries to subvert its own tropes. A mob forms with the intent to hunt down and kill Michael Meyers. As they search, however, their fear and hatred turn them into a mob who will make fatal mistakes.

There’s a deeply frightening and tragic scene where an escaped mental patient is mistaken for Michael Meyers. The mob, aiming to end Michael’s hold on their community, wants him to die. Terrified, the patient kills himself when realizing he will receive no help.

The problem is that this picture wants to have it both ways. It wants the mob to admit to themselves that they’ve gone too far and let their fears make them killers as well. This idea is later forgotten once the mob corners Meyers and proceeds to carry out their violent revenge.

This is a movie that wants to be a lot of things and just can’t quite master it. It wants to be a contemplation on how horrors of the past still haunt survivors and compel them to lash out at others. It also wants to be a silly slasher picture at times.

Consider how the film doubles up on the comedic stops for Michael. His first house call is a middle-aged couple who seem semi-aware of slasher logic. They get in some funny lines before they are both murdered horribly.

But then we get another comical couple with Big John and Little John. The gay couple is meant for dry laughs but they also occupy Michael’s childhood home as a pivotal stop on his rampage. It’s hard to be as engaged when the scenes at the house fluctuate between comedy and terror, rarely feeling as though there’s a balance of both. 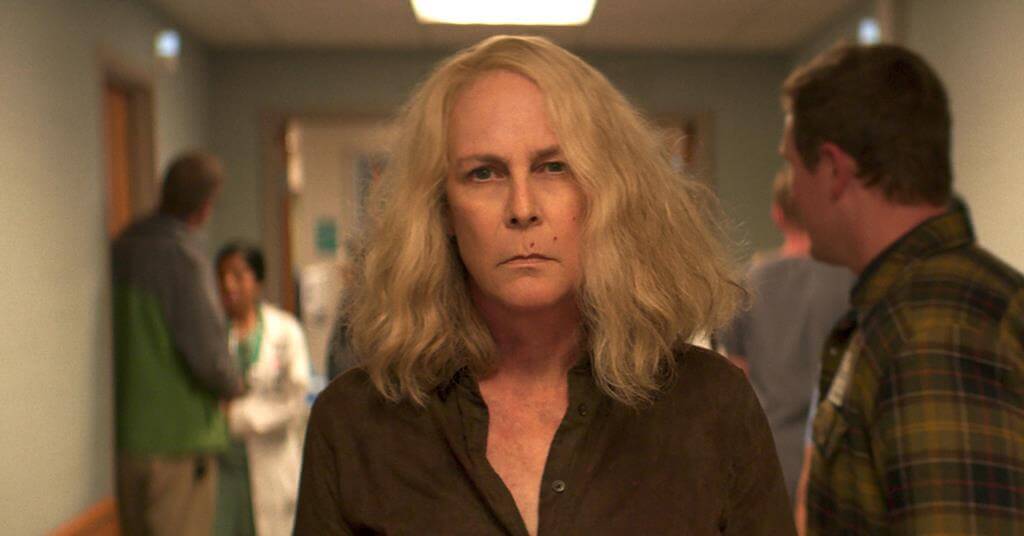 It couldn’t be more obvious that Halloween Kills is meant to be a bridge film. This mostly had to do with how the film reiterates and elongates its story. The director just has to kill some time until Halloween Ends to complete that trilogy.

The problem is that the film finds itself stuck in a loop. Laurie spends the entire film stuck in a hospital bed. She tries to get out and finish the job but doesn’t get that chance. She’s reduced to sitting there as the wise woman who keeps repeating that Michael is pure evil and only she can stop him.

Halloween Kills feels as though it’s trying to be both a campy slasher and postmodern slasher. Sadly, it can only perform the easy part of camp. Postmodernism just doesn’t seem built for a picture that wants to condemn horror tropes of the mentally ill but still play them up as well.

If anything, Halloween Kills is a sad reminder of how little progress the slasher film has made. Various horror pictures have had much better success at tapping the genre for better uses of mental disorders besides being the component of a killer. Halloween, however, seems as though it’s stuck in the paddling pool of this cultural shift, still working out the kinks of its archaic slasher formula.

Have you seen Halloween Kills? Did you watch in the theaters or on the Peacock streaming service? How does it compare to other horror films? Is it better than Demonic? Let us know in the comments below.

A lackluster continuation of Halloween that finds little more to explore and often contradicts itself.

Dune Review – An Astounding Adaptation of a Fantasy Epic