The competitive player Blitzchung does not regret any of his actions and will continue to stand for his country. 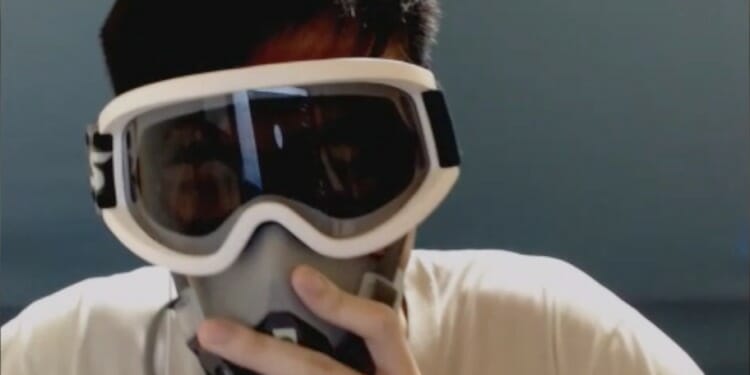 Something big and unexpected happened overnight today as Hong Kong Hearthstone player Blitzchung got suspended after making comments regarding the liberation of his country during an interview.

If you don’t know, there’s a conflict between Hong Kong and China. Hong Kong enjoys many freedoms not seen in Mainland China due to a principle of “one country, two systems”. However, they have been on a decline according to various critics and the Hong Kong population has been noticing these changes.

Rights groups have accused China of meddling in Hong Kong, citing examples such as legal rulings that have disqualified pro-democracy legislators. They’ve also been concerned by the disappearance of five Hong Kong booksellers, and a tycoon – all eventually re-emerged in custody in China.

The soured relationship between Hong Kong and China can be dated all the way back to the early 2000s. With tensions being expressed as hostility toward Mainlanders by radical political actors and ordinary citizens alike. More broadly, resentment toward mainland-Hong Kong convergence or assimilation, interference from the Mainland China in Hong Kong’s internal affairs.

Regardless of which side of the political argument you’re on, Blitzchung has become the subject of controversy due to his comment regarding the situation.

Not wanting to be associated with the statement made by Blitzchung, the Hearthstone casters both hide behind their desk. Afterwards, they say something along the lines of: “Ok that’s it, Blitz bro.” Once the production team realizes what had transpired, the stream quickly cuts to an ad break.

What happened afterwards was something unprecedented. Effective now, Blizzard has decided to ban Blitzchung from competing in Hearthstone for 1 year. They have kicked him from Hearthstone Grandmasters effective immediately, and have rescinded his earning for Grandmasters Season 2. The casters in the video have also been discharged by Blizzard according to their latest statement:

“Upon further review we have found the action has violated the 2019 Hearthstone Grandmasters Official Competition Rules section 6.1 (o) and is individual behavior which does not represent Blizzard or Hearthstone Esports. 6.1 (o) is found below.

Engaging in any act that, in Blizzard’s sole discretion, brings you into public disrepute, offends a portion or group of the public, or otherwise damages Blizzard image will result in removal from Grandmasters and reduction of the player’s prize total to $0 USD, in addition to other remedies which may be provided for under the Handbook and Blizzard’s Website Terms.

Grandmasters is the highest tier of Hearthstone Esports and we take tournament rule violations very seriously. After an investigation, we are taking the necessary actions to prevent similar incidents from happening in the future.

We’d like to re-emphasize tournament and player conduct within the Hearthstone esports community from both players and talent. While we stand by one’s right to express individual thoughts and opinions, players and other participants that elect to participate in our esports competitions must abide by the official competition rules.”

This has caused the ire from the Hearthstone community on social media. People were especially interested in Blizzard’s decision given that the company is partially owned by Chinese investors (Namely Tencent and NetEase). So, of course the main comment regarding this conflict of interest is something along the lines of “Blizzard is caving to China for monetary reasons.”

How does a pro player defending his country against authoritarian rule "damage Blizzard's image"? The corporate world needs to stop trying to suppress people's personal lives and ability to express their opinions. https://t.co/RXR7jN83hI

Blizzard is absolutely pathetic, not only did they remove blitzchung's interview for supporting the Hong Kong protests, but now they have kicked him out of the tournament, removed his prize money, and banned him from competing for a year. https://t.co/kb4lCwHpKF

You’re a bunch of feckless cowards and you’re never getting another dime from me.

Quite recently, Blitzchung took to IGN to mention that he doesn’t regret his actions. “I expected the decision by Blizzard, I think it’s unfair, but I do respect their decision. I’m not [regretful] of what I said.”

Chung added,” Like, I shouldn’t be afraid of these kinds of white terror.” When asked what ‘white terror’ meant, Chung clarified, “It describes anonymous acts that create a climate of fear.”

Once again, regardless of your opinion about this situation, one can assume that Blizzard has been making this a political issue and an attempt at censoring free speech to appease investors. Some other people can also assume that this is an attempt at being apolitical, which has been attempted by other western game industry companies.

What is your opinion regarding the Blizzard political scandal? Let us know your thoughts in the comments and stay tuned for more developments on eSports.