How Comic Book Heroes Made It to The Gambling World 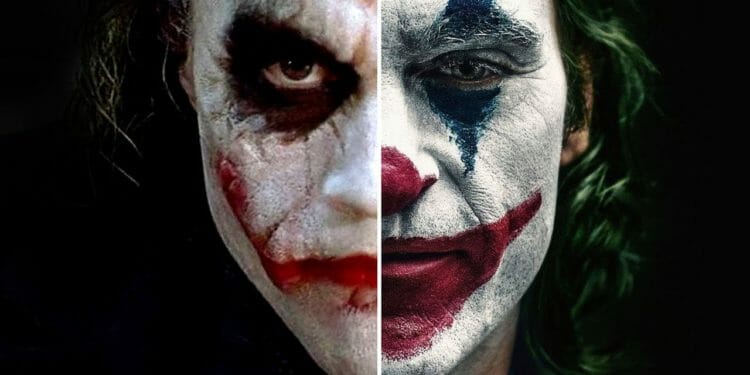 You would not think that comic book heroes and the world of casinos have too much in common. However, if you take a closer look you can find numerous examples of how the gambling world inspired comic book stories and even comic book characters themselves.

It is just that we do not notice these connections because of how ubiquitous the superheroes and super villains have become nowadays. So, let us look into this connection more scrupulously and explore the points where the two worlds overlap.

Comic Books Heroes That Were Influenced by the Casino Life

Many comic book characters (both superheroes and villains) are currently finding their way back into the world of gambling in the form of specially themed slots games. However, there is a number of characters whose origin stories are tightly connected to gambling. Here are some examples of such characters.

“Beware the Black Jack” is what the comic books criminals said about this character. His origin story is as follows. His real name was Jack Jones, and he was a police detective. One time, members of the mob trapped him in a small room, beat him, and left him to die.

But, alas! Detective Jones had the ace of spades on him. He utilized his wits and the card to get out of the room alive and well. The card saved his life, and, in turn, he created this alter ego to fight off baddies and bring justice to the street.

You may not know this superhero at all, but you should not feel bad. BlackJack appeared only in 28 issues, after which he silently retired. He will probably never get a flick based solely on his character, but with such a name, we could not leave him out of this list.

This character’s name is also based completely on a popular casino game. However, unlike the previous goody-two-shoes, Roulette is a supervillain. Her original name is Veronica Sinclair; she is the granddaughter of Golden Age, a casino owner.

She exists in the universe of Arrow and Supergirl. When we say that her character is bad, we mean it. Roulette is known for being a human (and alien) trafficker, as well as an illegal ringmaster.

Roulette is a genius; she can calculate successful odds and probabilities of almost any action in any situation. This ability plus being related to a casino owner secured Veronica Sinclair her nickname.

One of the most legendary super villains, Batman’s nemesis number one, the Joker’s nickname is an obvious reference to one of the most recognizable cards ever in the deck – the joker. Although without any superpowers, this character holds all of Gotham in fear, trembling before his twisted mind.\

The Joker is such an iconic character in the media that in movie adaptations only the biggest movie stars take on the role. Jack Nicholson, Mark Hamill, Jared Leto, Heath Ledger, and the most recent is Joaquin Phoenix who has won an Oscar for his performance, as seen on CNN.

Chance is a supervillain, who in his civilian life, was a professional gambler under the name Nicholas Powell. His name comes from his love to leave up things to chance. Just like in his regular life, Chance takes on the biggest risks in the truest spirit of gambling.

Chance is one of the numerous nemeses of Spider-Man. The first time they met, Chance made a bet that he would kill both his original target and Spidey.

Lucian Marinescu, a partner at OnlineCasinoGems, noted: “Casino developers are aware of this popularity, so they are introducing comic book themes into casino games. They do this to cater to comic book fans. One of the most common games to encompass a comic book’s theme are slots.”

The Dark Knight trilogy by Christopher Nolan was an immense box office success, as seen on BBC. Each of the movies stumped the figure of $1B when they reached theaters. Of course, you can see there are tons of Dark Knight fans eager to dive into the moody universe of Nolan’s Batman.

Dark Knight Rises slot game corresponds with the movie’s dark and angsty atmosphere. Most graphics and symbols portray the well-known cast of the movie. Every action you take is accompanied by the movie’s score, which was originally composed by none other than Hans Zimmer himself.

In the game you can choose whose story you want to follow: Bane’s or Batman’s. Each of the stories has its features and special aspects. Dark Knight Rises slot game is a nice revamp to the old and familiar formula of a slot game.

If we are not discussing the success at the box office but rather the overall popularity of a character throughout the years, then the obvious winner here is our beloved Spidey. According to NBC, Spider-Man is the most recognized Marvel comic book character.

In the slot game, you are interacting with a comic book version of the New York hero. The graphics are stunning: they are a nice balance between being too realistic and having too much of a comic book feel. The game’s background is the infamous comic book New York City, which creates a lovely atmosphere.

Be ready to see some amazing actions from Spider-Man as he leaps from building to building to save innocent bystanders. Spider-Man slot game is an unforgettable adventure, and it should be checked out by every comic book fan.

The worlds of gambling and comic books are intertwined. Firstly, the former influenced the latter, and now, the latter is slowly infiltrating the former. If you are a comic books fan, there is nothing left for you to do but to enjoy the abundance of entertainment.

CBD for Gamers. 3 Things You Should Know