by Trevor Kincaid
in Other
Reading Time: 3 mins read
0 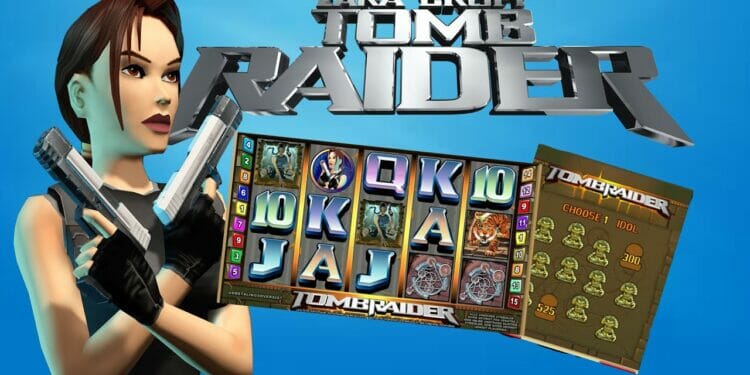 Fueled largely by the success of online casinos, especially in the smartphone domain, the line between slots and other video games is blurring.

The popularity of casino games apps has driven new investment into the sector. And with that increased cash flow, software developers, especially slots games companies like Realistic Games, ELK Studios, and Gaming1, have been able to attract top industry talent to work for them. As a result, the quality of online slots has soared over the past decade, featuring improved graphics and more exciting features.

Apps have brought a new wave of customers from all walks of life to the world of casino games like 슈어맨, especially players in their twenties. Slots titles have been developed to meet demand and now you can find a slots theme for any niche taste—from anime-inspired games and video game titles to officially licensed movie collaborations.

Slot machine apps are a popular choice among casual gamers. They’re quick to enjoy and easy to pick up with a shallow learning curve, perfect for commuters or gamers with only a few minutes to spare.

Casino games including slots are increasingly being enjoyed purely for entertainment, without any real money being bet. All major developers have free-to-play versions of their popular titles available. Some use this as an opportunity to become familiar with the mechanics of the game before putting cash on the line, and others, just for fun.

On the opposite end of the spectrum to casual variants are more in-depth slots that require a degree of commitment to understand. These strategy slots scale back the luck element and increase the level of skill required to be successful, in a similar way to traditional video games. Play sessions for these types of games tend to be longer.

A popular theme for slot games is the tomb raiding genre. Borrowing heavily from the popular Tomb Raider franchise, dating back to 1996 but also from modern titles like Temple Run. Temple Run broke the 1 billion download mark way back in 2014 and there are a number of Aztec temple-themed slots that have a similar aesthetic.

Several video game franchises have been officially licensed to be used as slots games:

● Resident Evil 6: The long-running horror video game and movie franchise added a slot iteration to its catalog in 2019.
● Street Fighter: You can now play one of the longest-running and most popular beat‘em up games, Street Fighter as a slot game. Publishers like Capcom have licensed several of their titles to slot game developers.
● Call of Duty 4: Modern Warfare: a slots game of the fourth installment of the hugely popular first-person shooter was released in 2007.
● Hitman: One of the most recent additions to the video game slots crossover genre, Hitman, which now also boasts two movies, had a themed slot released in early 2021.
● Lara Croft: Temples and Tombs: It was only natural that the ever-popular ancient civilization/treasure combo featured in slots worldwide would eventually star the queen of tombs herself, Lara Croft.

Luck Be A Landlord is a twist on a classic deck builder title (a card collection game) from TrampolineTales where the entire premise is that of a slot machine. Players spin a five-reel slot machine to earn money from the displayed symbols in order to pay rent at the end of a specified number of turns. At the end of each turn, players have the option to add an additional symbol to the reels.

Categorized as a roguelike game—where players have only one life and each turn is procedurally generated—the skill comes from selecting symbols that interact well with each other and building a set of reels that will be most profitable.

One of the most popular egames titles is Valve’s first-person shooter, Counter-Strike: Global Offensive. Within the game, players can customize and personalize their weapons using ‘skins’.

Skins can be obtained in-game, by trading with other players, or by unboxing virtual crates. The rarity of some skins has given them real-world value, the most expensive of which is selling for $150 thousand US Dollars, and a flourishing trading market has grown.

The very act of opening a crate to obtain a skin has similarities to slot machines or a wheel of fortune, as players do not know what they will receive until the wheel stops turning. Furthermore, gambling sites featuring casino games including slots have appeared, and the currency used at these sites are the in-game skins themselves.

Slots have come a long way from their original one-arm bandit predecessors. The concept has evolved to create an immersive experience for players, with audio, graphics, and gameplay rivaling other more traditional video games.

Video games once were the most popular interactive entertainment choice. Now, hot on its tail are slots because they are quick, fun, and accessible.

Offering Every Avenue Of Customer Service As An Online Business

LeBron James and Co. are Furious About Their NBA 2k22 Ratings