J-Novel Club recently announced 11 new titles at its panel at Anime Expo Lite 2021. These include titles such as
Hell Mode, My Daughter Left the Nest and Returned an S-Rank Adventurer, and more. Summary: When a comet struck Earth, Matthew Drax found himself sent 500 years into the future – only to find civilization in ruins. In a world filled with barbarians, hostile mutants, and lost technology, Drax and co. cross the globe in search of adventure. Having recently saved the world by restoring the moon from its falling orbit, an accident in proceedings causes pockets of parallel worlds to dot the globe. What new dangers await Matt and his travelling companion, the telepathic warrior queen Aruula, as they cross these strange gaps in time and space? 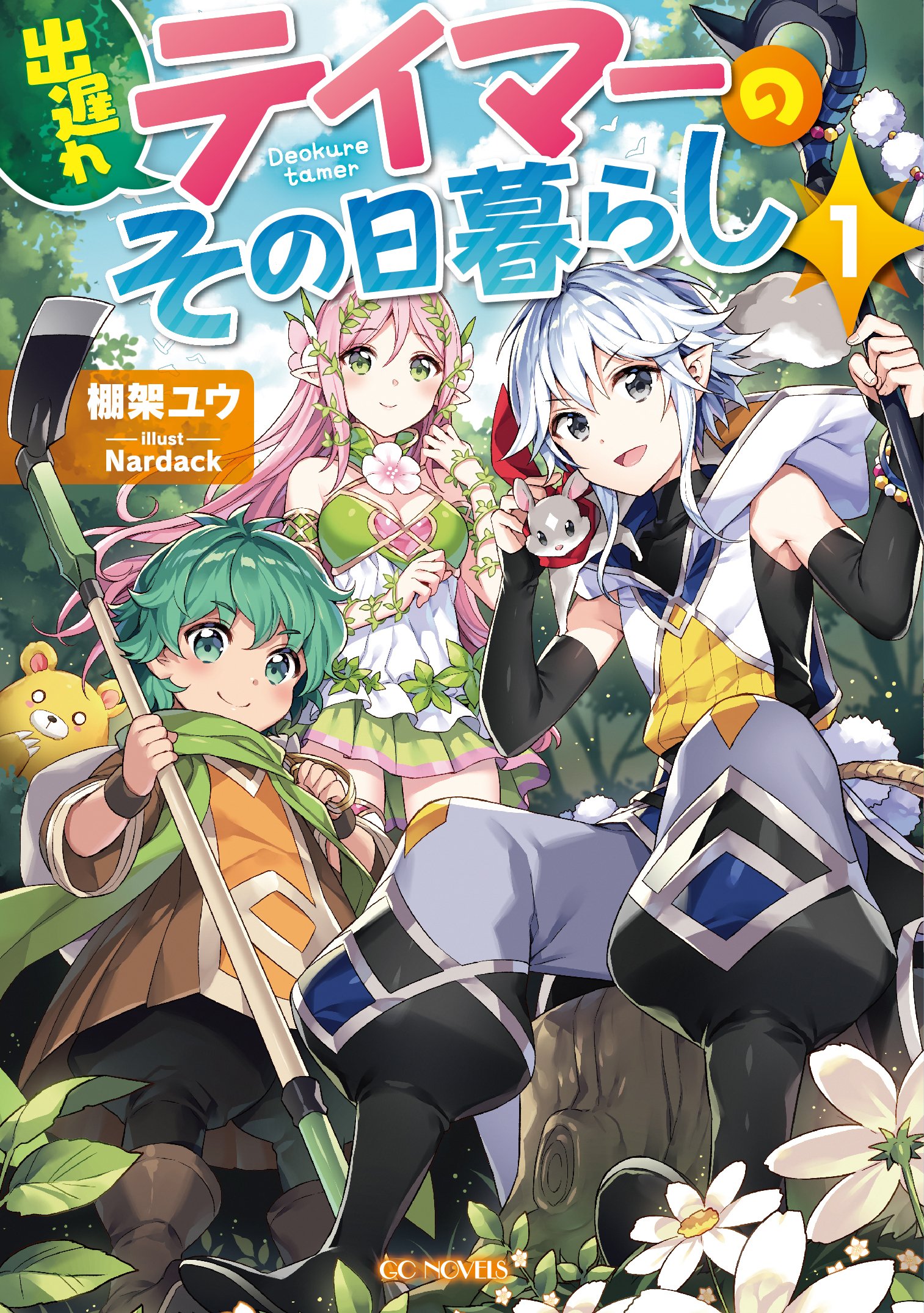 By: Yuu Tanaka with illustrations by Nardack

Old MacDonald had a…gnome?! The Law of Justice Online, also known as LJO, is the hottest new VRMMORPG of the season, and office worker Yuta Sasaki is one of the lucky few granted access to the official launch.

After some careful research, Yuta is chomping at the bit to start his virtual life as a Tamer, a class that harnesses the powers of wild monsters. Luckily, upon building his character, Yuta manages to land not only his chosen class, but a heap of bonuses to boot! He soon finds, however, that his abilities are not all they’re cracked up to be, and that the talents of the rare first monster he is granted lie not in combat…but gardening! Already well behind the other adventurers, and facing a long and slow progression path ahead of him, Yuta is left with two choices—start over from scratch, or make the best of what he has been given. For Yuta the choice is obvious: When life gives you manure…start up a farm! Chillin’ in Another World with Level 2 Super Cheat Powers

By: Miya Kinojo with illustrations by Katagiri

The Magical Kingdom of Klyrode summons hundreds of heroes from other worlds every year to fight in their war against the Dark One and his army of powerful demons. Banaza is one of those heroes, summoned from the Royal Capital Paluma, but something’s not right—Banaza is only an average merchant. He has no magic, no fighting ability, and his stats are abysmal. Worse, a mishap leaves him unable to return home!

Rejected as a hero and stranded in another world, abandoned to the far reaches of the kingdom by a cruel king who just wants him gone, Banaza’s fate looks pretty bleak. But what will happen once the failed hero candidate finds himself with super cheat powers once he hits level two? 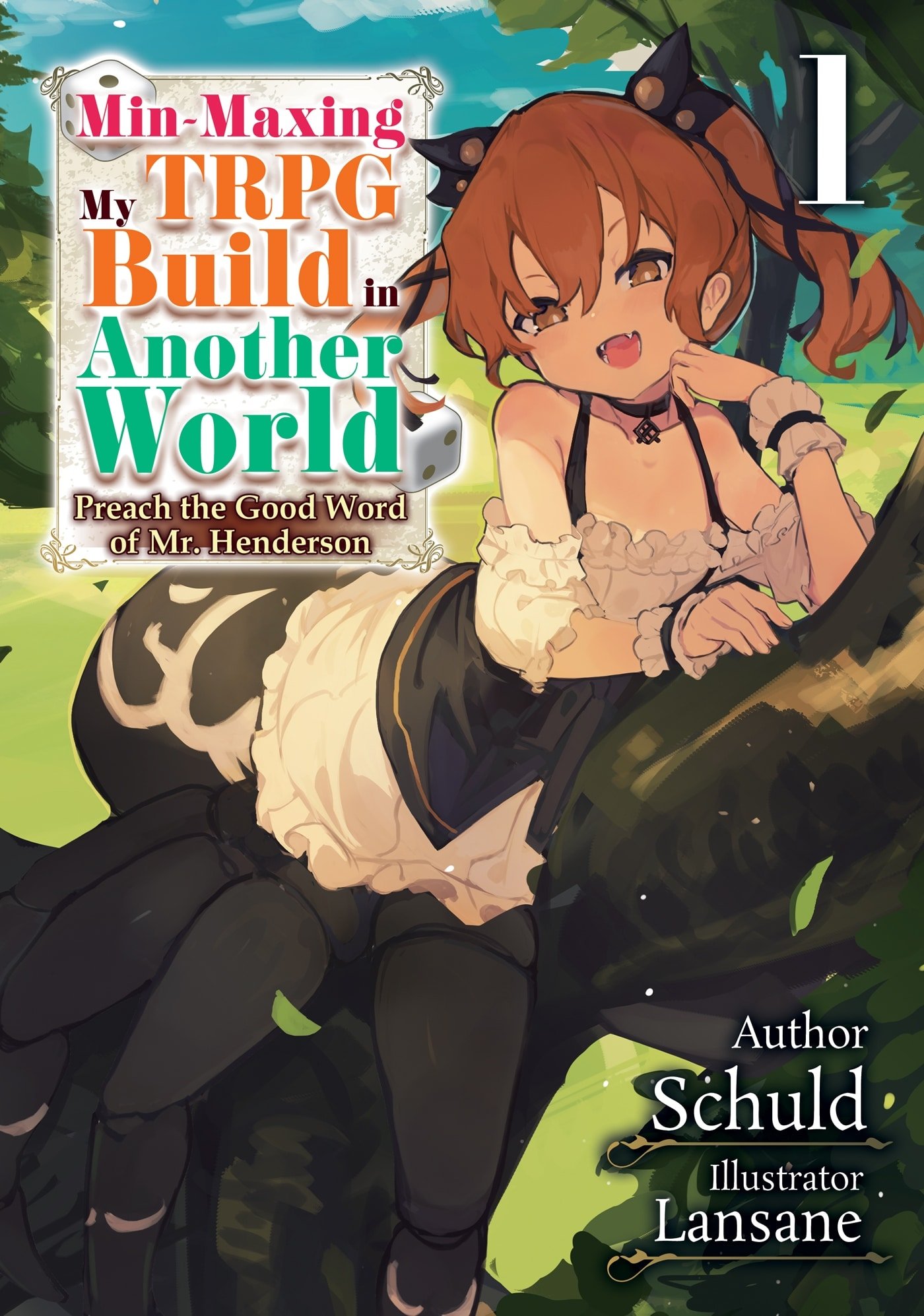 Min-Maxing My TRPG Build in Another World

Author(s): Schuld with illustrations by Lansane

Commissioned in death to save a world in peril, a tabletop RPG fanatic is reborn as a humble farm boy with the rulebook for the universe at his fingertips! Young Erich’s quest for an invincible character build will require more than his decades as a number-crunching munchkin, though. Even with power- leveled skills, feudal life is no cakewalk—especially when you keep drawing more attention than you can handle…

Can Erich adapt to his strange new world before his worst impulses take the campaign of a lifetime completely off the rails? Let the dice fall where they may! 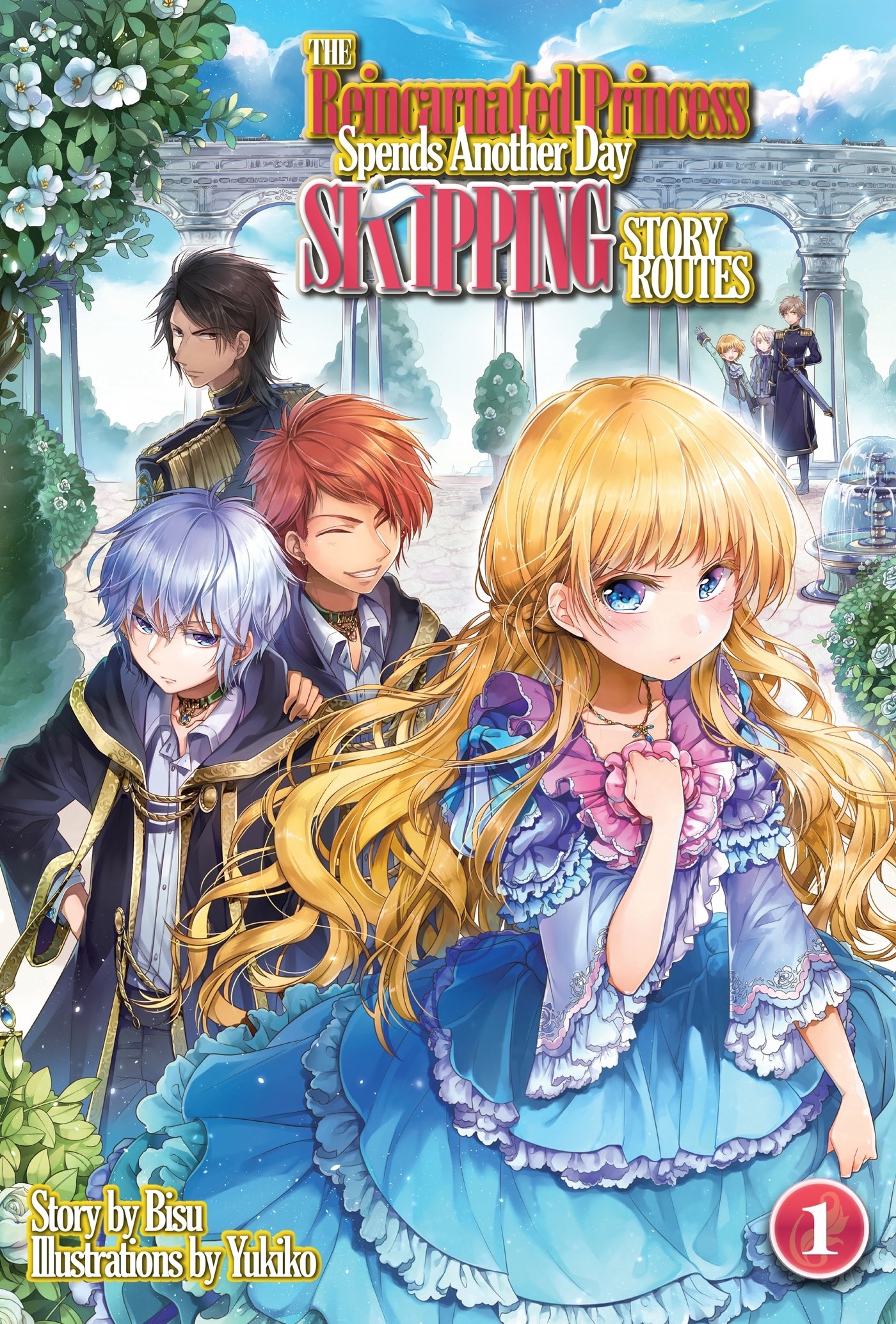 By: Bisu with illustrations by Yukiko

After an accident, a modern careerist is reborn as Princess Rosemary Von Velfalt. She soon realizes that her new life is identical to that of a rival character in an otome game that she’d once played to “100%” completion. Luxury and magic abound in the Kingdom of Nevel, alongside a collection of attractive men. However, beneath the suitors’ dazzling faces lie awful personalities: masochists, necrophiles, and perverts, oh my! But it’s not all bad news—the side characters are perfect, and Rosemary has fallen for the captain of the royal guard.

Since the game offers no true route to happiness, Rosemary decides to forge her own path; to avoid marriage with the suitors, she’ll have to skip their story routes and fix their deviance. She’ll navigate palace and marriage politics, kidnappings, and the threat of war, all while contending with a world that’s drifting further from the game she remembers. “100%” game completion isn’t all it’s cracked up to be— sometimes, “0%” is the route to a dream life! 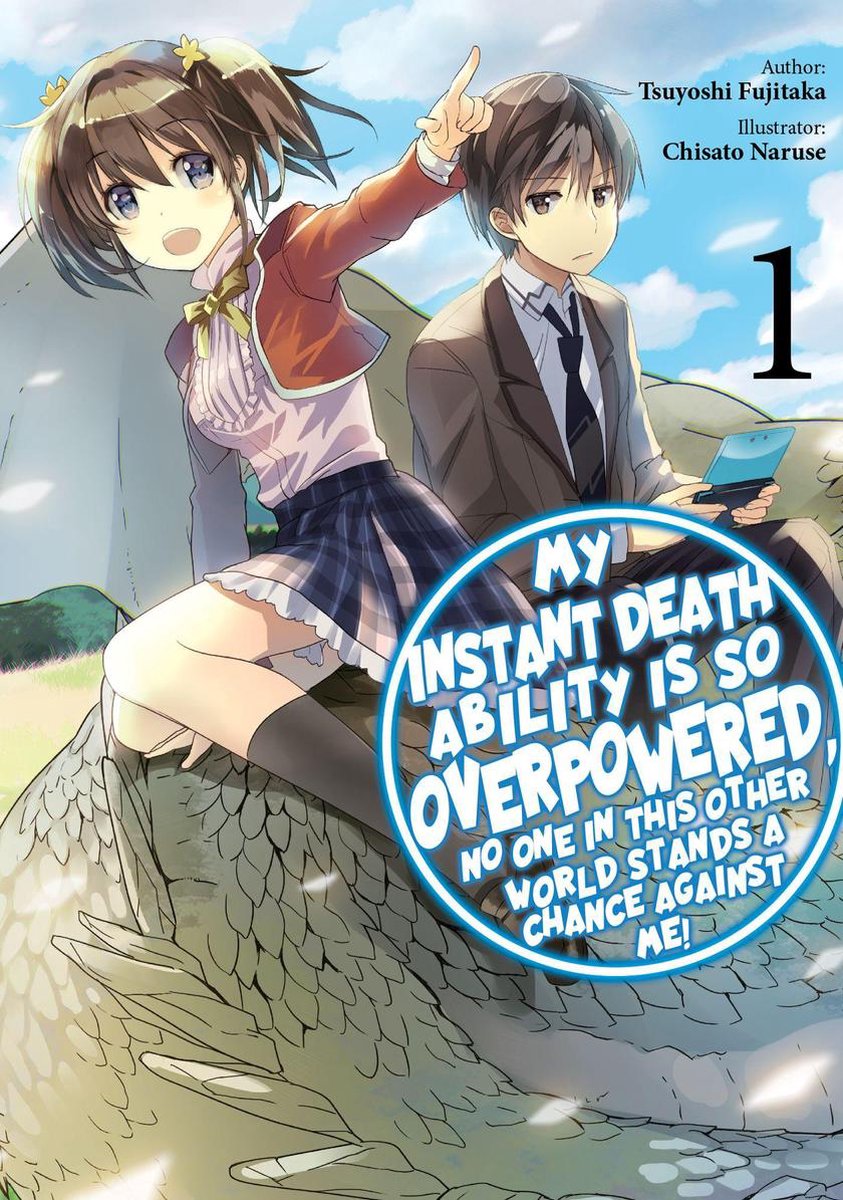 My Instant Death Ability is So Overpowered, No One in This Other World Stands a Chance Against Me! (manga)

By: Hanamaru Nanto (based on novels by Tsuyoshi Fujitaka with original character designs by Chisato Naruse)

Awaking to absolute chaos and carnage while on a school trip, Yogiri Takatou discovers that everyone in his class has been transported to another world! He had somehow managed to sleep through the entire ordeal himself, missing out on the Gift — powers bestowed upon the others by a mysterious Sage who appeared to transport them.

Even worse, he and another classmate were ruthlessly abandoned by their friends, left as bait to distract a nearby dragon. Although not terribly bothered by the thought of dying, he reluctantly decides to protect his lone companion. After all, a lowly Level 1000 monster doesn’t stand a chance against his secret power to invoke Instant Death with a single thought! If he can stay awake long enough to bother using it, that is… 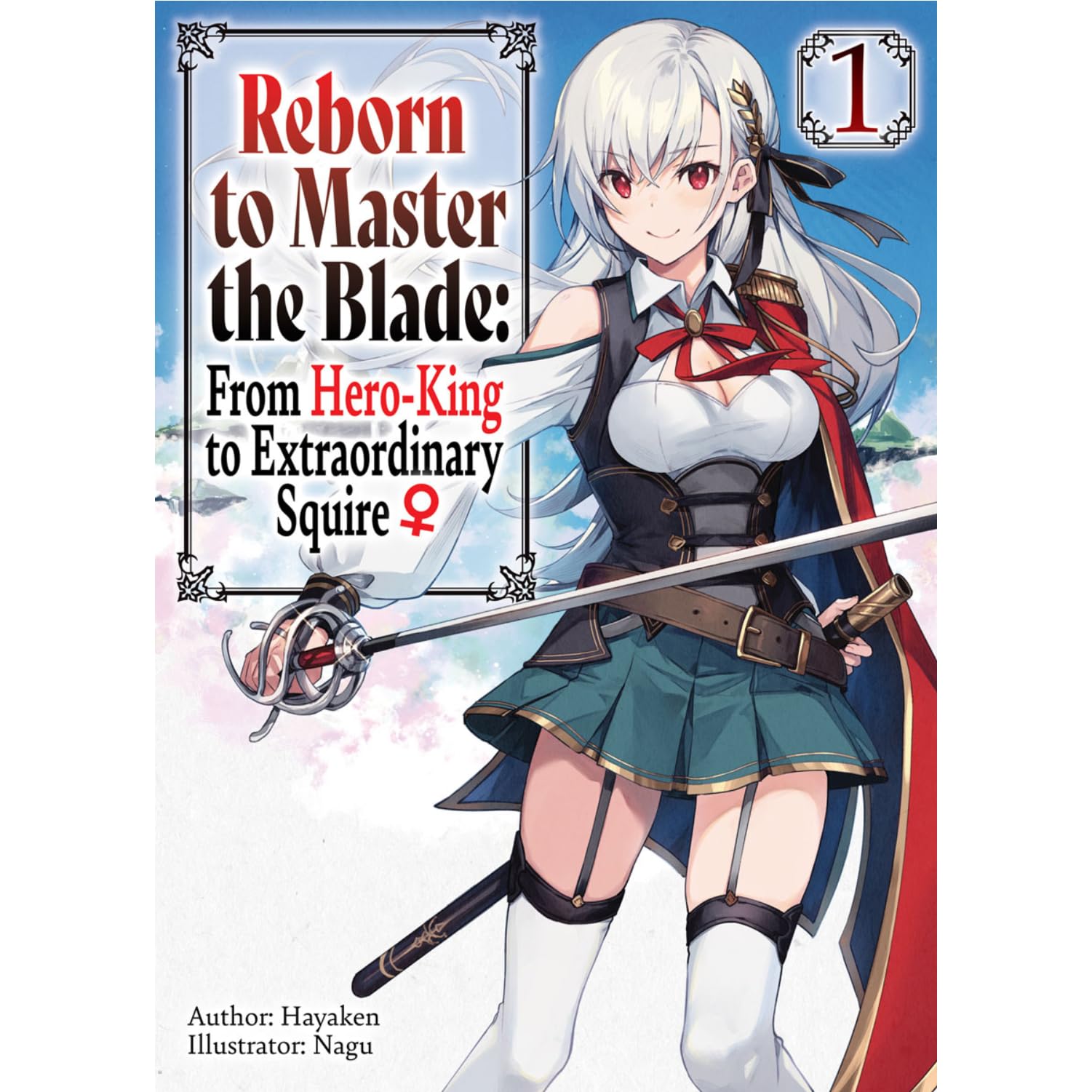 Reborn to Master the Blade: From Hero-King to Extraordinary Squire manga

By: Moto Kuromura (based on novels by Hayaken with original character designs by Nagu)

From his deathbed, Hero-King Inglis, the divine knight and master of all he surveys, gazes down on the empire he built with his mighty hand. Having devoted his life to statecraft and his subjects’ well-being, his one unfulfilled wish is to live again, for himself this time: a warrior’s life he’d devoted himself to before his rise to power.

His patron goddess, Alistia, hears his plea and smiles upon him, flinging his soul into the far future. Goddesses work in mysterious ways—not only is Inglis now the daughter of a minor noble family, but at her first coming-of-age ceremony at 6, she’s found ineligible to begin her knighthood!

However, for a lady of Inglis’s ambition, this is less a setback and more the challenge she was (re)born to overcome. “It’s not the blood that runs through your veins that makes a knight; it’s the blood you shed on the battlefield!” The curtain rises on the legend of an extraordinary lady squire reborn to master the blade! 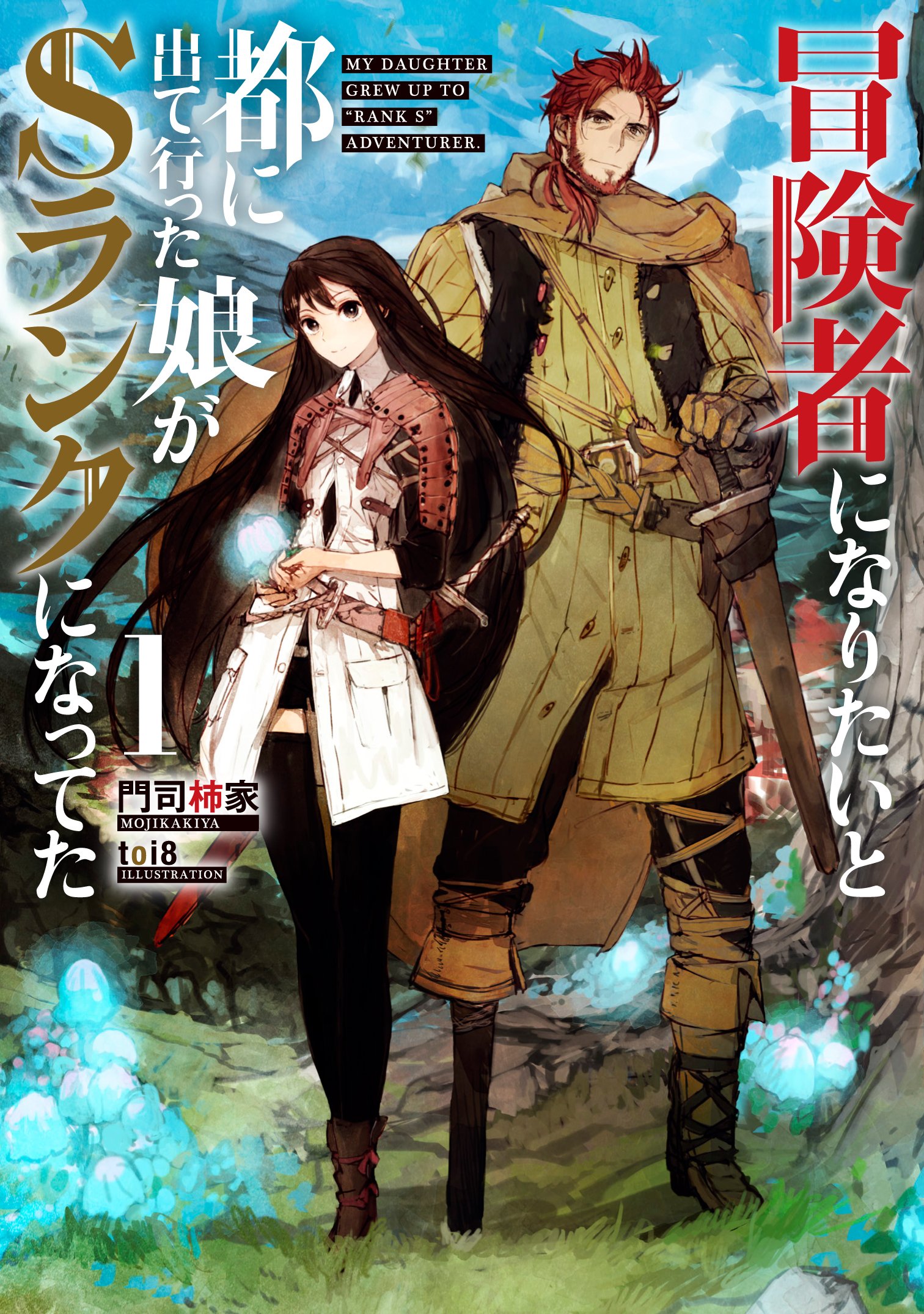 My Daughter Left the Nest and Returned an S-Rank Adventurer

By: MOJIKAKIYA with illustrations by toi8

The life of an adventurer isn’t always a glamorous one. Belgrieve finds this out the hard way when a deadly encounter robs him of his leg and the ability to pursue his dreams not long after setting off for fame and fortune. But fate isn’t finished with this retired adventurer!

While gathering herbs in the wilderness, he discovers an abandoned baby girl and names her Angeline after deciding to raise her as his own. Angeline grows up to become a top-tier adventurer in her own right, yet after venturing out into the world and making a name for herself, fame, fortune, and power hold no allure for the accomplished S-rank adventurer: her heartfelt wish is for nothing more than to see her father again. 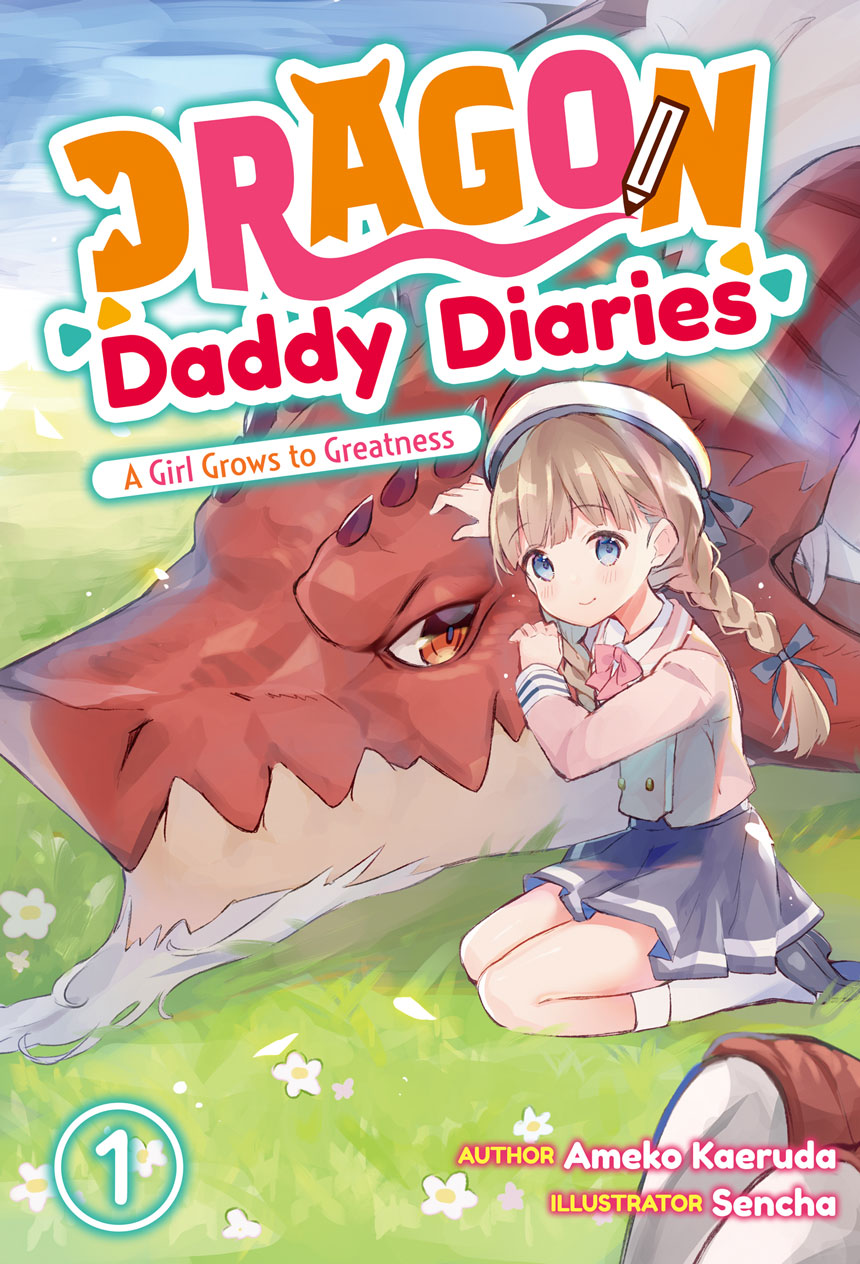 The dragon blinked as the wee little human called out to him. Him? Her “Daddy”?

Powerful enough to have been venerated by humankind, yet warmhearted and even a tad ditzy, the dragon soon finds himself raising and doting on the precocious Olivia as if she really were his daughter in this touching tale. The toddler may be impossibly cute now, but just you wait—she’s a curious child and she’s growing up real fast. You can bet that one day, she’ll be the strongest human there is! But first, how will he handle little Olivia receiving an acceptance letter to a human school? 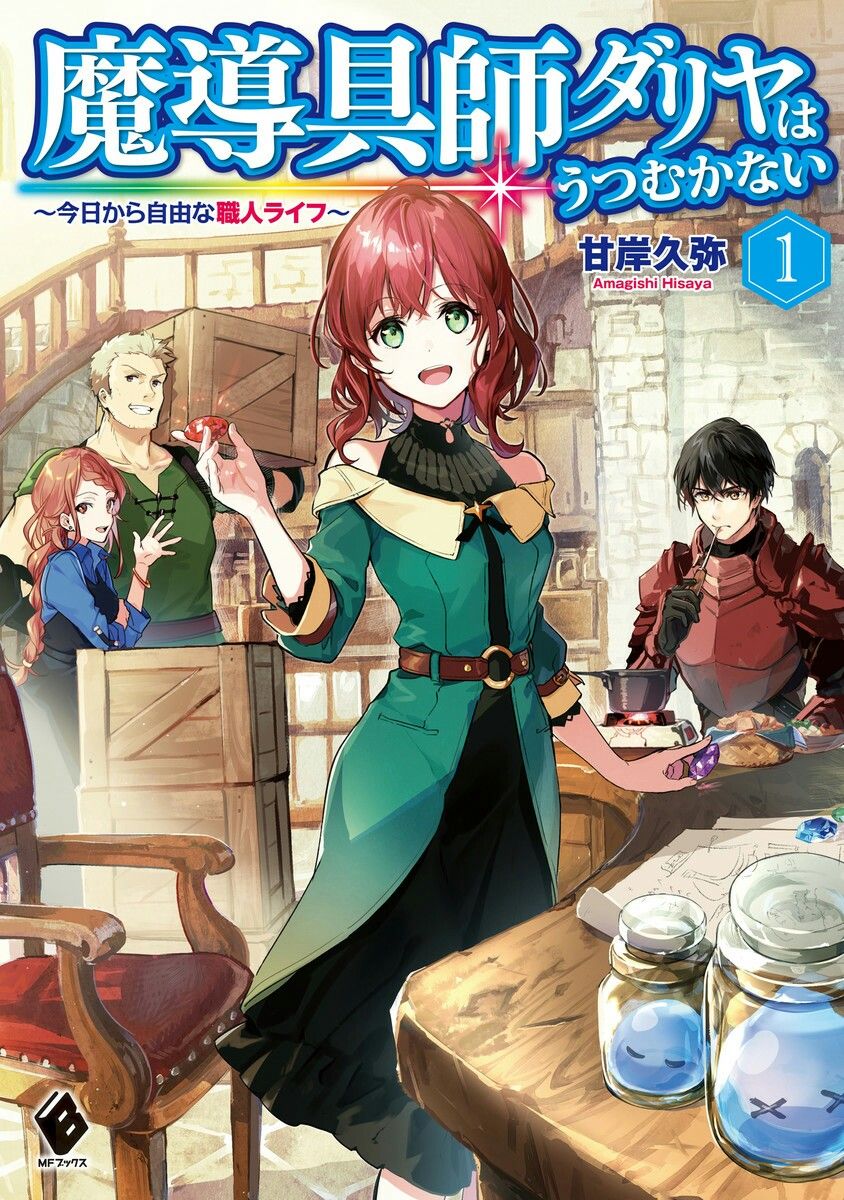 By: Hisaya Amagishi with illustrations by Kei

After dying of overwork in Japan, Dahlia is reborn into a world filled with magic. Raised by a master of magical toolmaking, she develops a passion for the craft and becomes engaged to her father’s apprentice. Before her father can see her wed, however, he suddenly passes away. As if this weren’t enough, on the day before their wedding, her fiancé announces that he’s in love—but not with her!

Dahlia finally realizes she needs to live for herself. She vows to be her own woman from now on and devote herself to her craft, even if it’s not quite the quiet life she was hoping for! From a chance encounter with a knight to starting her own company, there are challenges aplenty on the horizon. But this young craftswoman is no longer a shrinking violet—she’s Dahlia, and she’s ready to bloom. 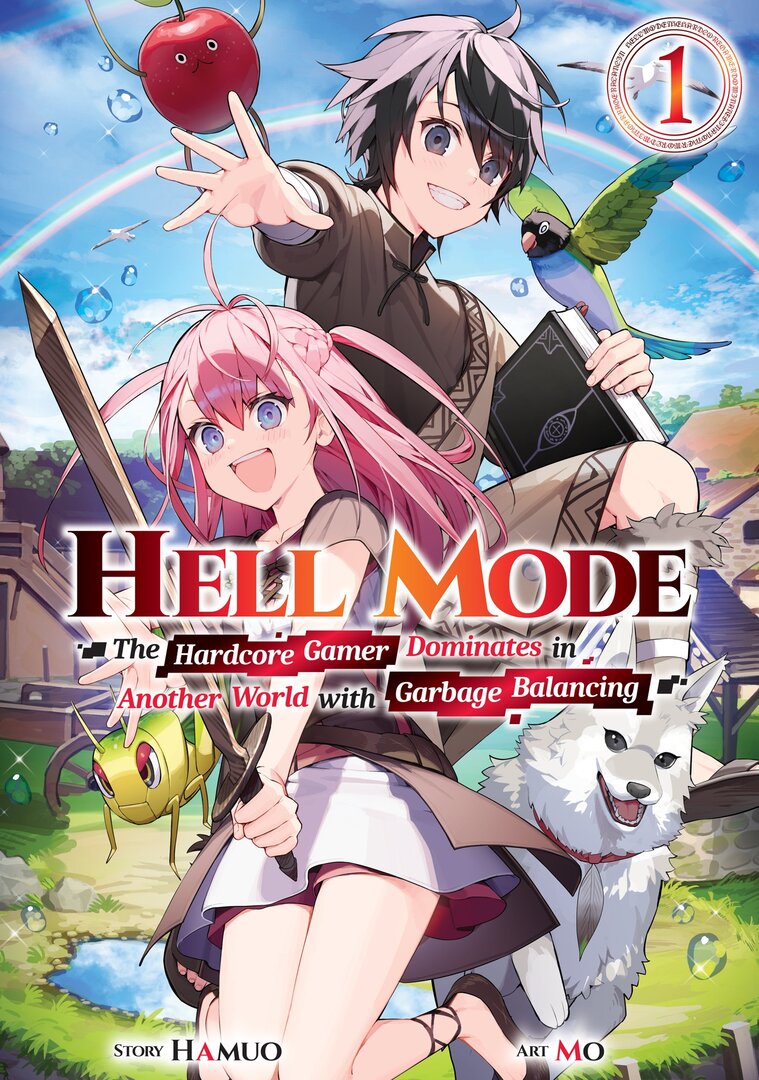 By: Hamuo with Illustrations by Mo

“’Level up even while offline’?! That’s not a game on ‘easy mode’—that’s just an AFK game!” The online game Yamada Kenichi had been playing religiously is shutting down its servers, leaving him with a void in his heart. He looks for a new game to fill it, but everything he finds is way too easy. The kind of game he likes—the kind punishing enough to make players want to spend thousands of hours on it—just isn’t around anymore.

“What’s this? ‘You are invited to a game that will never end.’”

Kenichi stumbles upon an untitled game, one promising incomparable challenge with unprecedented potential. Without hesitation, he selects the “Hell Mode” difficulty. Lo and behold, he finds himself reincarnated in another world as a serf!

Now called Allen, he sets out to unlock the secrets his mystery-laden Summoner class; without the convenience of walkthroughs, game guides, or online forums, he must grope his way to the top of his new world!

Are you a J-Novel Club subscriber? Are you looking forward to any of these titles? Let us know your thoughts in the comments section below.