Link’s Weapon and Armor in MH4 U

Monster Hunter 4 Ultimate for Nintendo’s 3DS is coming in the early months of 2015. In anticipation of this event several rumors of specialty armors and weapons from the Japan version have been spreading around MH forums and Miiverse. Capcom has confirmed Link’s armor set and weapons will be available to craft in the Western edition.

The male and female Link armor sets look exactly like Link from Twilight Princess. The Master Sword and Hyrulian Shield will most likely be in the sword and shield weapons category. Link’s elegant bow for gunners will be available too. Capcom has also stated:

“[t]his collaboration was announced for MH4 in Japan a while ago and we had to keep quiet… but now that the proverbial Felyne is out of the proverbial Item Pouch, let me say this: we have more special equipment like this planned for the title. Don’t ask me what they are, because I can’t say, but expect more news soon!”

Could this mean the Fairy Tail armor and duel swords will also cross over to the Western MH4 U edition? Will Mario and Luigi armor for your felyne companions be included? Stay tuned to BagoGames to find out as we report the latest game news! 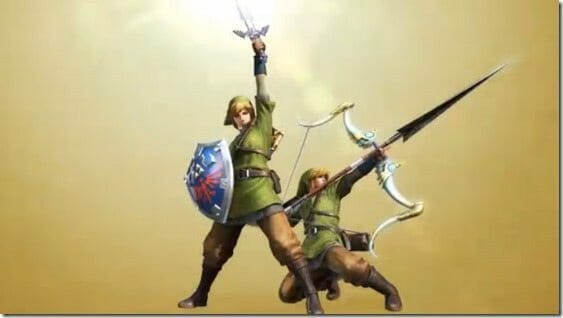 Star Wars Strikes Back With Marvel Comics in 2015