BagoGames > Articles > Opinion > Man Up: Eye of The Beholder

Man Up: Eye of The Beholder 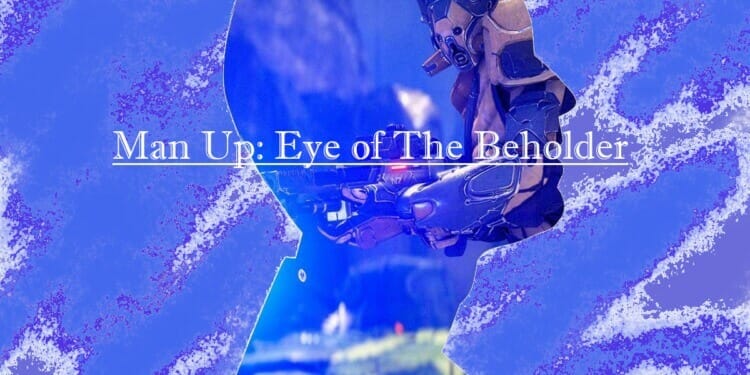 Down the rabbit hole, we go. Individuals have many preferences when it comes to preoccupying their time and men are no different, especially given that they occupy themselves with video games. Many wonder why video games tend to be the sole occupier of men’s time. This has led to some thinking that video games were being developed solely for men, however, this explanation is lacking not only due to its limited analysis but also in its over-simplification.

Men prefer video games for numerous reasons that explain their synonymous relationship with gaming culture. Therefore, this article will be the first in a series of articles exploring the triangular relationship between men, video games, and gaming culture. Thus, the series will begin with discussing visual attraction, how it contributes to men’s preference in video games and intensifying it while reducing the likelihood of women taking a liking toward video games.

Visual attraction or aesthetic attraction is produced primarily by visual stimuli. This type of stimuli manifests itself by making the typically seen appear attractive. Many assume visual attraction is socialized objectification, for example, they argue that men desire to see women naked because they are socialized to view women as sex objects, and this is reflected in women not desiring to see men naked. Although one would believe the argument to have merit, it ignores the fact that male sexuality is subject to the power of the visual while female sexuality is not.

Men, as a result of male sexuality, are subject to the power of the visual while women are not subject to the visual. This is due to structural differences in men and women’s brains. These differences manifest themselves even more with how a man’s brain will process information, events, stimuli, and more different than how a woman’s brain would, for example; a woman can think and talk about a subject and process the information in a matter of minutes. A man, on the other hand, can take up to several hours to a day to process the same information as a result of these differences.

This is the same phenomenon experienced when it comes to the visually or aesthetically attractive, as stated before men are more “visual” when it comes to attraction while women are less visual. Although women can experience visual attraction, the difference between them and men, especially when discussing visual attraction there is no comparability due to it being more pronounced in men.

Men are visual, even happily married men struggle with being pulled toward live and recollected images of other women. Men care about appearance. This is obvious, given that women spend a significant amount of time and money on their appearance, though this is due to hypergamy.

Video games are one of the most visual entertainment mediums out there, aside from Manga, graphic novel, comics, Anime, and so on. Therefore, as a result of being highly visual men tend to prefer video games. This is reflected in gamer demographics, which shows that men make up a larger proportion of gamers than women do. This due to video games fulfilling the needs and wants of men, chief within this context are the visual and attractiveness. The aforementioned are not chief for women, thus they do not actively concern themselves with video games and find that other activities are more likely to have their preference.

In conclusion, the visual quality of video games is one of the numerous reasons men prefer them. This is due to video games satisfying both their need for the visual and want for attractiveness, however, it differs with women for a variety of reasons. These being structural brain differences between the genders that affect brain processes, especially visual attraction since it is more pronounced in men.

Many would probably disagree with what I have said here while others might agree with my stance, thus its necessary to encourage discussion. Let me know what you think about visual attractiveness and how it contributes to men’s preference for video games in the comments section below. Don’t be afraid to give me your honest opinions.

Like what Jerome had to say? Check out some more of his opinion pieces.
Tags: Man UpThe Legend of Zelda
Share10TweetShare
Previous Post