Boy-love and Vampires, what more do you need? 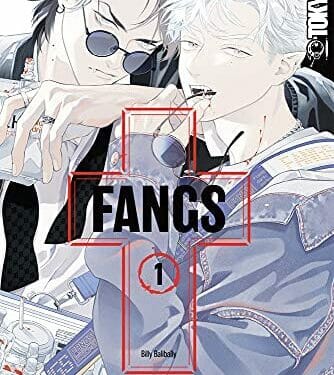 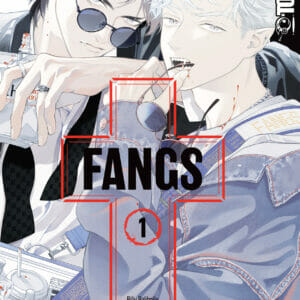 It’s been a while since I’ve picked up a manga to read. FANGS caught my eye and I’m pretty stoked about where it’s going and to see what the story has in store. FANGS, written and illustrated by Billy Balibally, is a boy-love comic with vampires and I’m honestly a sucker for this kind of story.

Meet our narrator, En, a newly turned vampire trying to figure out how to navigate what is essentially an upper-class event, called a Pairing Party. Classy gowns, tailored tuxes (and one hot af vampire lady in a low cut suit shirt, be still my queer heart!) sipping champagne, sniffing each other, and judgmentally mingling whilst looking for a partner.

En is our disgruntled narrator, a 19-year-old who was turned without his consent into a Fang at a nightclub where a vampire overdosed on drugs and went berserk, drinking the blood of and killing several humans, while accidentally turning En in the process. Ichii of the Fangs Health and Welfare Department, Protective Services, is En’s guardian for the time being. 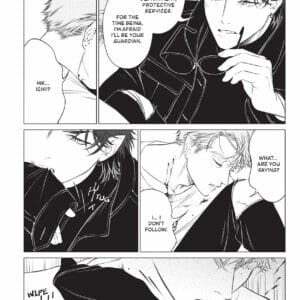 Ichii gives us a basic rundown of what the deal is between Fangs and vampires. Fangs are part of an organization/group of vampires who have turned from drinking human blood and now pair with another Fang to quench their thirst. They call themselves Fangs to differentiate themselves from the negative connotation of the word vampire.

Every Fang wants a piece of En because he still smells human and is the first newly turned person in the past decade or so.

Oh My God, They were Roommates

The long and short of it is Ichii and En are polar opposite roommates. En is spunky, adorable, outgoing, and sweet, with a sprinkle of naivety and a heaping spoonful of sarcasm. Ichii is edgy, flirtatious, witty, charming, and dodgy about his past, the epitome of tall, dark, and handsome.
By declaring he and Ichii plan to be paired, En basically claimed that he and Ichii are partners and are, theoretically engaged, when really, Ichii was meant to be introducing En to the world of Fangs, while keeping him safe from all the elites who want to get a taste of him.

However, it’s very apparent that Ichii has taken quite a shine to En in the short time they’ve known one another. Cue lots of kisses and some well-drawn smut, just to keep things spicy. 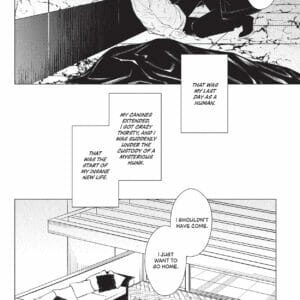 The stories’ progression takes off into learning more about this world that is co-inhabited by vampires and humans, the loneliness that seems to dominate the lives of many Fangs, meeting some interesting and diverse characters, as well as some intriguing exposition that hints there’s more to the edgy Ichii then meets the eye.

Within the first volume, subjects such as losing a partner, staying with someone regardless of looks, and losing interest in long-term relationships are all presented rather quickly. It’s lot to take in, but Balibally keeps the dialogue lively and moving so as not to weigh the reader down.

The relationship between Ichii and En is cute, a bit petty, and very sarcastic, with romantic moments that make you want to squee into your pillow.

The first volume wraps up with a lot of questions that I cannot wait to get answers for in the next volume.

The first volume of FANGS is available for purchase now at

A copy of this manga was provided for review by TOKYOPOP

Are you a fan of boy-love manga? What do you think of this review? Let us know your thoughts in the comments section below.