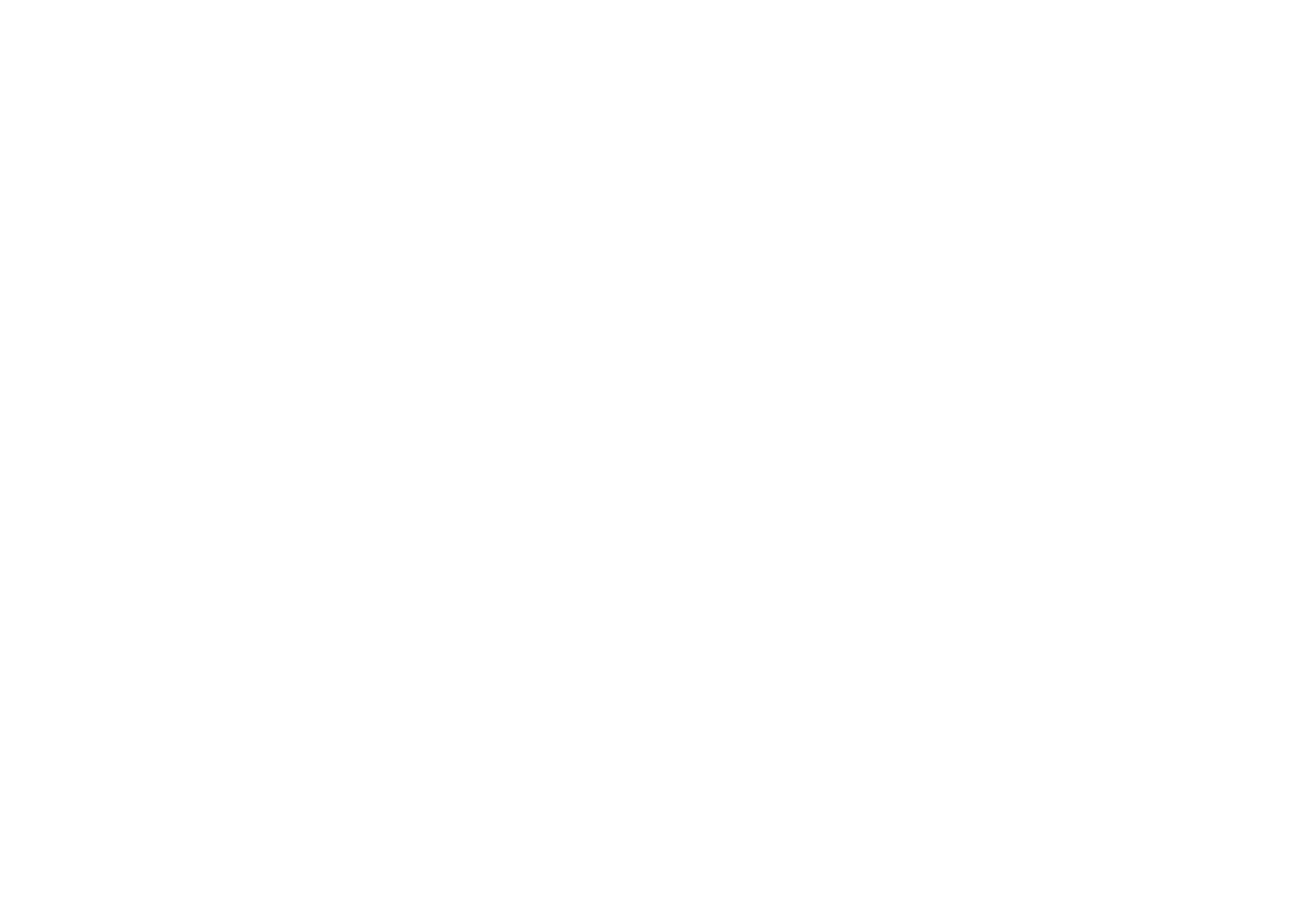 Spring is the air here in the Northeast. On any given weekend you can walk out your front door and hear your neighbors mowing their lawns or trimming their hedges. It’s a wonderful time of the year, as nature is blooming and re-emerging from a long cold winter. It just so happens that Nintendo and Camelot have also been doing some spring cleaning of their own. Released earlier this month for the Nintendo 3DS, Mario Golf: World Tour is the first proper Mario Golf release in ten years. The previous title was Mario Golf: Advance Tour, which was released on the Game Boy Advance in 2004.

Like previous Mario Golf titles, Mario Golf: World Tour has been developed by Camelot. Staying true to their past development history, this iteration is more of the same from the Japanese development team. World Tour is a golf simulation game but geared towards gamers who would prefer a faster paced golf experience mixed with the classic Nintendo flare. 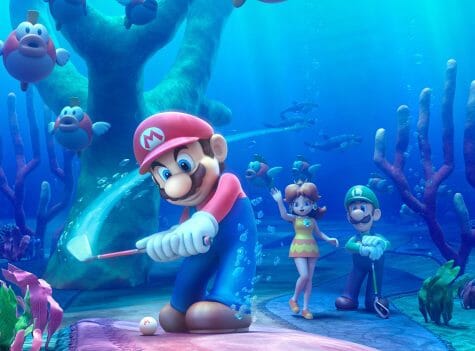 As with a lot of Nintendo’s sports titles, they’re geared towards getting the gamer into the action as fast as possible. There is a quick tutorial but other than that the controls as so straightforward and simple to grasp, you’ll be hitting your ball down the fairway in no time at all. But don’t get the impression this game is shallow in gameplay, as the mechanics are geared towards simulating a meaningful golfing experience. Players will be able to choose from a full bag of clubs as well as control the direction they’d like to stroke the ball at, as well as the ability to add back or top spin to the ball. Also, making a return to this version of the game is the super shot, which can only be used sparingly over the course so it is best to strategize before using it.

When players comes to the main menu, there will be an option to play a Quick Round, enter the Castle Club, or go to Toad’s Booth. When playing a Quick Round, players will be able to choose from iconic Nintendo characters such as Mario, Luigi, Bowser, and more. From here, you’ll be able to select from a plethora of options to customize your quick round experience. Toad’s Booth is where DLC can be purchased, records and a glossary can be viewed, as well as the all important tutorials. The bulk of your time will be spent in the Castle Club. Here is where you’ll get the chance to play as your Mii character and play in tournaments. 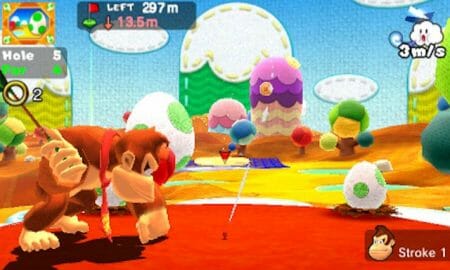 At first, the tournaments consist of three 18-hole courses. Competing in these courses will earn you unlockable items for your wardrobe as well as new courses to explore. For those looking for a more outlandish experience there are also some 9-hole courses which are included as a bonus. These courses have been designed around some of the more famous moments in the history of the Mario franchise. Some of the highlights include playing underwater, as made famous in many a Mario game, and a Donkey Kong themed level. Again, these courses are less of a simulation than the standard tournament courses. Expect a decent amount of trial and error on these bonus courses as you’ll have to deal with the timing of thrown objects as well as underwater physics.

For those who like to collect all of the unlockable items, you’ll need to venture into Challenge mode as there is quite a diverse set of games to choose from. Wacky games like Star Coin collector will test the golfers accuracy as you’ll need to hit the coin as well as finish the hole with par or better. Others include Time Attack challenges where three holes must be completed in a certain time. Or how about Ring Collector to drive you nuts? Here a player must be able to hit the ball through all of the rings aligned around the hole and make par or better. There are plenty of these challenges to go around for each hole and completing them can even unlock new characters like Star Mario, Birdo, and Kamek. 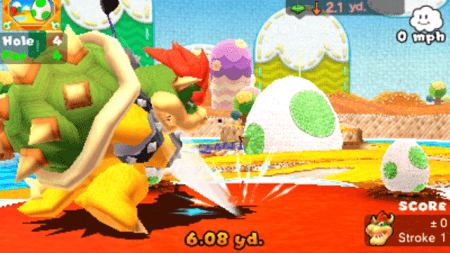 By the judge of the hype on twitter, it seems like a majority of players are spending their time playing online. And you really can’t blame them as Nintendo has invested heavily with their online offerings for Mario Golf: World Tour. Players have the ability to enter online tournaments and compete against friends or foes in either the Americas or Worldwide tournaments. Other tournaments include a Callaway sponsored tourney and the Mario Open. Again, Nintendo has raised the stakes with what they’re offering for online play. Either on their site or via the Castle Club, players can see the date and times for scheduled tournaments, which offer a variety or rules and handicaps. Nintendo is also dipping its toes in the DLC water for Mario Golf: World Tour. They’re offering a Season’s Pass and individual themed packs, which contain various courses and characters.

Overall, Mario Golf: World Tour is a dream package for fans of both Nintendo and Golf. There is a great mix here of pure golf coupled with over the top hijinx. The online component is a welcomed addition as I’m not sure without it how many people would continuously put hours into this title. Gameplay mechanics feel largely untouched with the exception of the gyroscope view. It is disappointing that in the ten years between releases Camelot didn’t attempt to enhance gameplay with a creative twist. But this shouldn’t hold you back from purchasing this release as Mario Golf: World Tour is loaded with content and where else can you play a couple of holes of golf with friends from around the world while wearing your best Hammer Bros. gear. 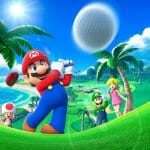