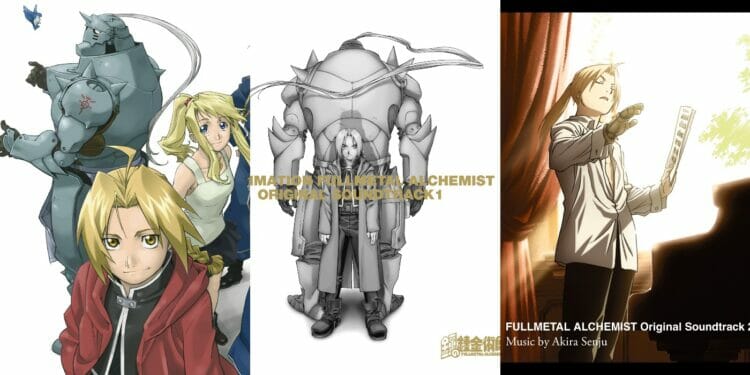 The release includes eight albums originally released by Aniplex with music primarily composed by Michiru Oshima (Fullmetal Alchemist, Conqueror of Shamballa), Akira Senju (Fullmetal Alchemist: Brotherhood) and Taro Iwashiro (The Sacred Star of Milos), as well as a specialty album featuring instrumental arrangements of the television series’ themes. Rounding out the catalogue are two additional albums featuring original character songs performed by the voice actors from the series. The release arrives amidst the 20th anniversary of Fullmetal Alchemist, giving fans a chance to revisit their favorite songs, themes and scores from the television series and films.

Alchemy: The science of understanding, decomposing, and reconstructing matter.
However, it is not an omnipotent art. It is impossible to create something out of nothing. If one wishes to obtain something, something of equal value must be paid.

This law of equivalent exchange is the basis of alchemy.
There is a taboo among Alchemists: human transmutation. It is that which no one must commit.

Edward and Alphonse Elric break this taboo hoping they can revive their beloved mother. As a result, Edward loses his right arm and left leg and Alphonse has his whole body taken away. The Elric brothers embark their journey to find the “Philosopher’s Stone” to regain their bodies…