More Supercross than ever!

I am curious if Milestone continues its trend by adding a lot of improvements to Monster Energy Supercross 3. The long loading screens were a thorn in the eyes of players in the second part of the series. But, we all know that Milestone is superb at the creation of a credible, American motocross atmosphere. Here is my Monster Energy Supercross 3 review for PlayStation 4. 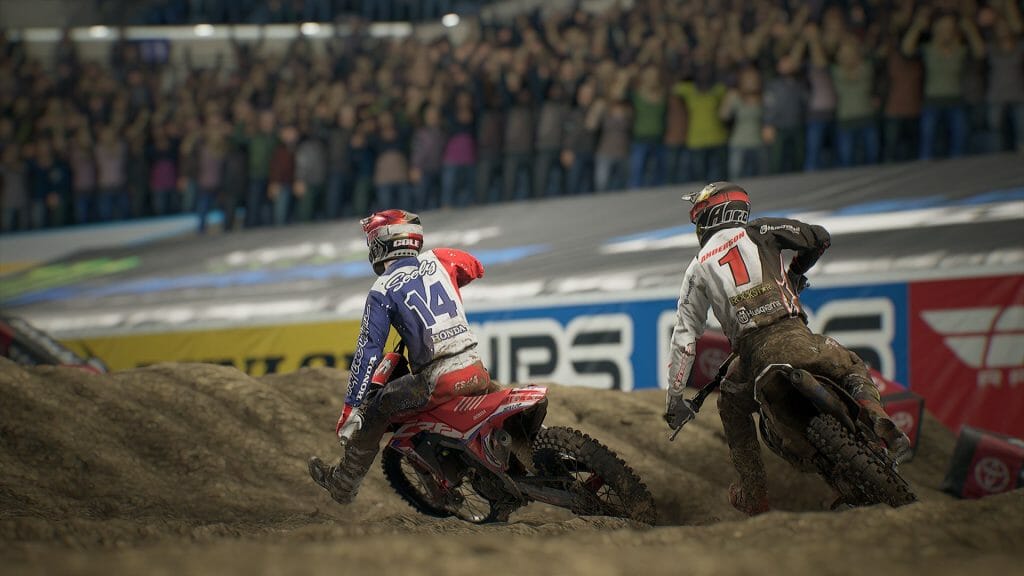 NO BUMPER CARS WITH TWO WHEELS

The Monster Energy Supercross games are not your standard racing games. You have to do more than just accelerate and brake. If you have an automatic driver’s license, like some people, it will be quite a shock. And then you also have to take your body posture on the motorcycle into account, something that is not necessary with a car.

In Milestone’s Monster Energy Supercross 3, body posture is part of the control. You can move the weight of the driver to the front and back and to the left and right. That takes a lot of getting used to in the beginning, because if you don’t do it, you’ll be falling on your face in no time. Unfortunately, I had to experience that myself.

In addition to being difficult to master, this aspect of the game provides an extremely realistic experience. Once you have mastered the controls, it is easy to do. Even though it takes some getting used to on every new track, because with all the hills and bumps you have to take body weight into account.

So prepare yourself that you have to be constantly alert during the game. It is not a game to play if you really want to relax or if you have had a beer too much. What you immediately notice when you start playing is that the game does not force you on tutorials. Instead, you will immediately be asked whether or not you want a tutorial on the PlayStation 4.

For those who have played the previous games in the series, this is probably a relief. Although I would advise you to follow the tutorial if you are not yet familiar with the body weight aspect. Unfortunately, the tutorials are not as helpful as you would hope.

They teach you the basics, but the balance that you must be able to keep during the races is something that you have to feel for yourself. The race tutorials are still somewhat useful, but the explanation of career mode and the course of a championship does not really add much to your wisdom. 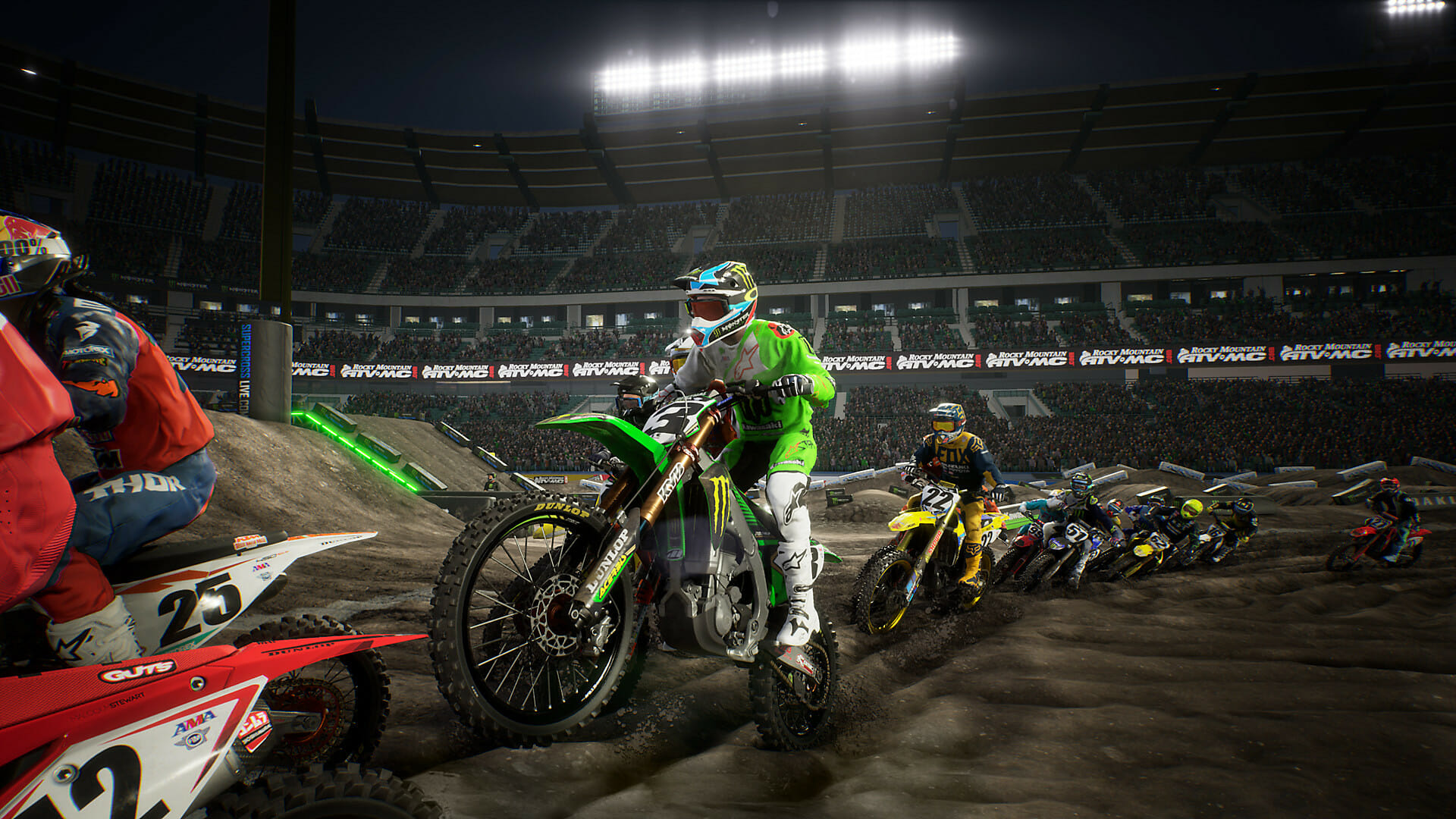 In any case, there is not much new content to be discovered in the game, compared to its predecessor. The graphics are beautiful, but that is not something new, because we cannot really say that they are better than the graphics of Monster Energy Supercross 2. The only thing that is really better in terms of gameplay are the physics.

In addition to the role that gravity plays in the races, it actually feels like you’re struggling through the mud. The disadvantage of this, is that sometimes the lightest touch of the fence can immediately make a pretty ugly fall. That is less realistic, you would say. Another difference is that this time you can choose between a male or female driver.

We can no longer call that progressive in 2020, but it’s nice that they admit that women can also sit on motorbikes, instead of just standing by the side and cheering. Not that you see a lot of differences between the sexes during racing, at most a slightly narrower waist on PlayStation 4.

In Milestone’s Monster Energy Supercross 3, you can also become a member of an official motocross team in career mode. That I would say is the only real progress made in this game mode. The career mode now again mainly consists of driving races, so there is not much variety in it. Fortunately, we still have the online mode. 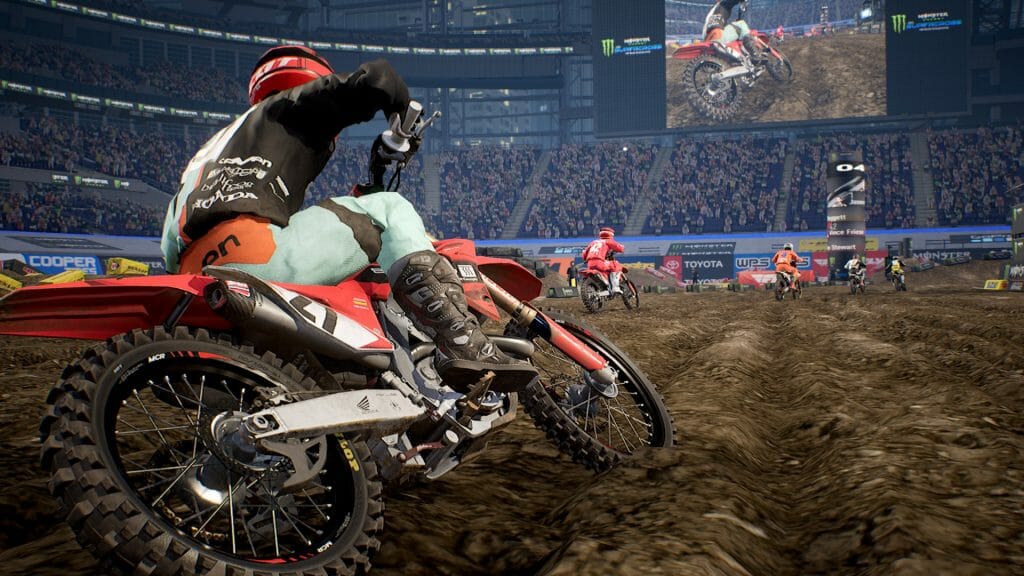 FOR THE CREATIVE DRIVERS

The Compound mode is also present in Milestone’s Monster Energy Supercross 3. This allows you to design your own courses. This is really nice, because then you already know in advance what you are going to face. Or not, but yes that is of course less entertaining.

All Supercross courses can be found in this mode, but you can also download courses made by other players. That way it stays a bit varied. In Compound, you also get the chance to drive around freely and carry out all kinds of assignments and to take on challenges. A good option if you’re really fed up with the career mode.

In this way you can still become somewhat zen, after all the stress caused by weight transfer and that damn lengthy loading screens on PlayStation 4. A big plus in the game is certainly the soundtrack. It is nice and exciting and fits perfectly with the intensity of the races.

Another reason that this is not a game to play when you are in relax mode, because if you do not get adrenaline from the controls, then it is most definitely from the music. Every race is also beautifully decorated. The first few times you play a race, you even get distracted by the many decorations and details in the arena, which doesn’t really help with taking turns.

In the game you get the option to put together and create your own driver, because apparently this should be possible in every game from now on. This is quite nice, but it doesn’t add much really, since you hardly ever see your driver. You can, however, design your own logo and racing outfit. 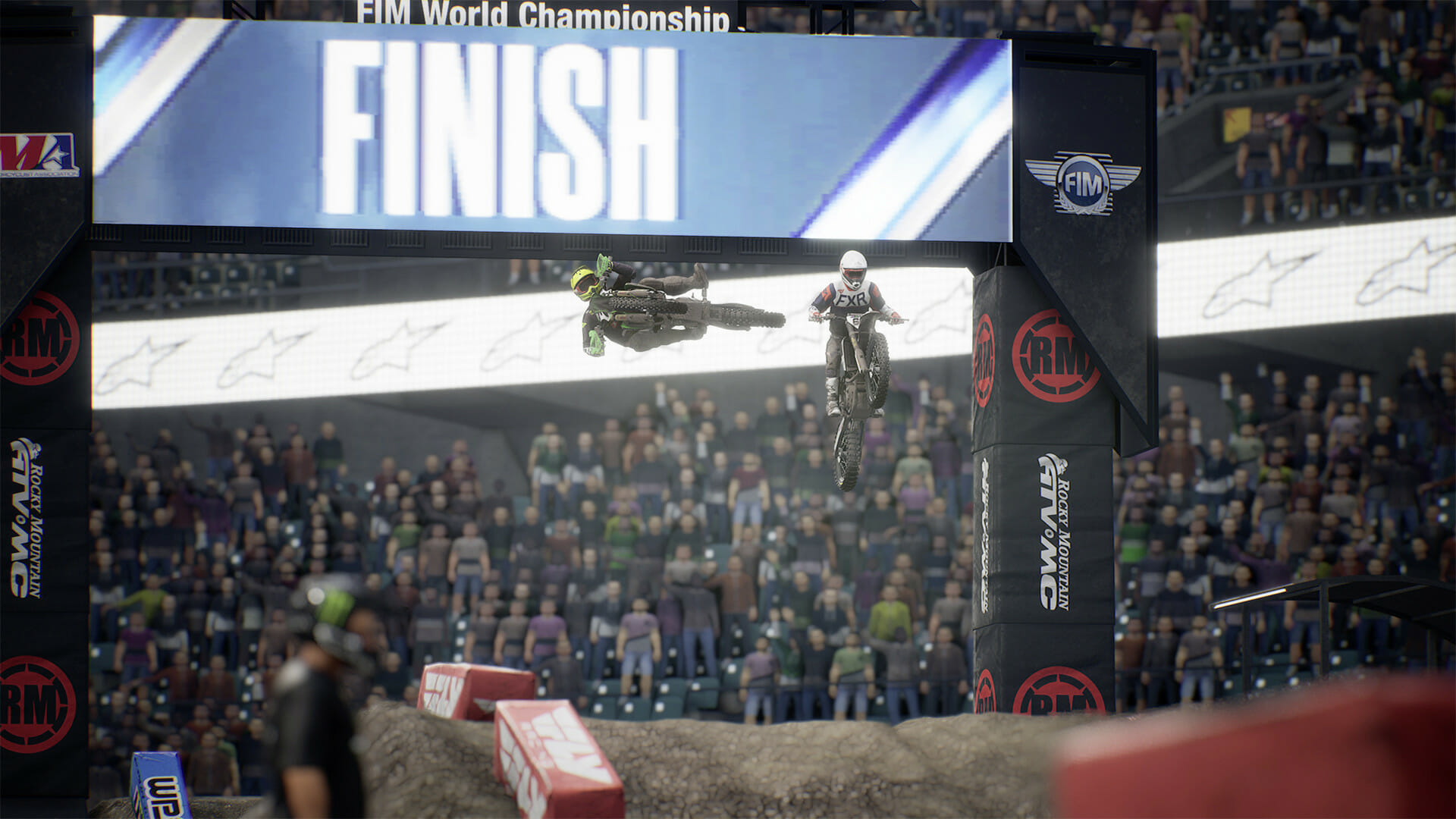 Milestone’s Monster Energy Supercross 3 is a fairly frustrating game in the beginning. The controls are very complicated at first and it may take a while before you understand them. And then you also get those long loading screens when you have restarted the race because it didn’t quite go the way you would have liked.

But, once you are in, you will enjoy it a lot and the soundtrack on the PlayStation 4 is amazing. Unfortunately, the game is not very innovative. There are hardly any new elements in it and sometimes it feels more like an update to Monster Energy Supercross 2 instead of a whole new game.

The career mode is very monotonous, and you get bored fast, but fortunately, as I said earlier in my Monster Energy Supercross 3 review, the Compound mode has kept its place, to ensure the necessary variety. Yeah, the game has its problems, but a motocross enthusiast will certainly appreciate its charming offers.

Are you feeling some racing vibes and interested in more racing games? Check out our reviews for GRID, WRC 8, Gravel, Assetto Corsa, and Riptide GP: Renegade.

Monster Energy Supercross 3 is not a surprising or innovative game, but it is certainly entertaining and can offer you loads of hours of fun. The ambience of the game is perfect, and the soundtrack gives you that extra energy.

Two Poker Games that Anyone can Play

Two Poker Games that Anyone can Play