BagoGames > Articles > Opinion > Most Popular Video Games of All Time!

Most Popular Video Games of All Time!

These games were genre defining 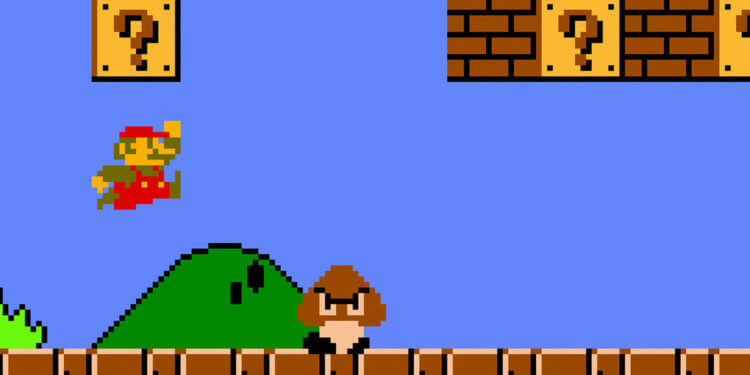 From crazy car races to geometric shapes, read down to number 1 to find out which game we considered the most popular of all time! Did your favorite game make the list?

Number 10: Pac-Man. This video game is one of the biggest phenomenon of pop culture. The premise was fairly simple, but it quickly caught on and captured the attention of the whole world. Originally, the game was released in Japan, in the spring of 1980. And by October of that year, the game was licensed for the United States, after which it became a global hit. Nobody…not even the creators…could have predicted the success Pac-Man would have.

Number 9: Tetris. Again, this is one of those games which changed an entire generation. We can honestly say that Tetris came out of left field and became a household name overnight. This video game was developed by a Russian programmer Alexey Pajitnov. This was the first game to be exported from the Soviet Union to the United States, and as soon as it came to America…it skyrocketed. Its initial success came through arcade platforms, but when it was introduced to the Game Boy console…its legacy was cemented. Tetris became so popular that it was eventually voted the second greatest video game of all time, which is an amazing success story, if you think about how it was originally created.

Number 8: Sonic the Hedgehog. After the initial success of online casino sa, arcade games and simple PC concepts, it was time for the video game industry to change. And change it did. Rapidly. By the late 1980s and early 1990s, new consoles started entering the video game market. One of them, of course, being Sega. Sega was one of the biggest arcade game developers, but the company saw fit to enter the console market and draw in more customers. They needed a hit, and Sonic the Hedgehog was it. Sonic became so huge that it spawned several sequels, turning into one of the biggest franchises Sega ever had.

Number 7: The Sims. Video games have been so appealing because they enable us to escape reality and imagine we’re in other, far-away worlds. But after decades of those “escapist” games, there came a time for a new concept. The idea was not to escape our everyday life, but to rearrange it, so that it suits our desires. It was life simulation, and The Sims became such a big hit precisely because of this concept. The Sims is one of the best-selling franchises of all time, selling around 200 million copies worldwide.

Number 6: Call of Duty. It wouldn’t be a complete list of the best video games, if we didn’t mention the first-person shooters. This genre is probably among those most popular, and Call of Duty is definitely up there with the greatest. This game started out as a Microsoft Windows application, but afterwards…it was expanded to consoles. There have also been a couple of spin-offs, based on the original gameplay. The player is in control of an infantry soldier who fights in a WWII battlefield, with a series of objectives to be accomplished. Pretty simple, nothing fancy but highly effective. The atmosphere of an actual battlefield, along with superb audio effects and the ability to “experience” a battle firsthand really helped Call of Duty elevate to something more than just another video game.

Number 5: Final Fantasy. This entry on our list belongs to the science fiction genre, as well as RPG, or role-playing games. There is an interesting story behind its creation. It was developed by Hironobu Sakaguchi in 1987, and it came to be as his last effort in the field of video games. Surprisingly enough, the game turned out to be very successful, so much so that it went on to spawn several sequels and earn a ton of money.

Number 4: Grand Theft Auto. The success of a video game sometimes depends on a mixture of genres. Such is the case with Grand Theft Auto. On the surface, the concept is fairly simple, but there’s more to it than that. Grand Theft Auto combines elements of action-adventure, role-playing, racing, and more. The result is nothing short of amazing: the video game audience loved it, and the game is certified legendary.

Number 3: Counter Strike. It’s impossible to talk about first-person-shooter video games without mentioning Counter Strike. This game still stands as a watershed, not just in the FPS genre, but in the video game industry as a whole. What made this game highly popular and successful is the fact that it’s a multiplayer game. You have two opposing teams, Terrorists and Counter-Terrorists, each having their own set of objectives to accomplish.

Number 2: Minecraft. This is another one of those sandbox video games that went on to become legend in and of themselves. And if you come to think of it, it’s even hard to understand why Minecraft became an enormous hit. The rules of its gameplay are virtually non-existent. What strikes you from the start is that there is no goal the player is supposed to accomplish. You can do whatever you want, and that’s about it.

Number 1: Super Mario Bros. And, here it is. Probably the greatest video game of all time. Why is Super Mario Bros. such an iconic video game? Well, it’s a combination of things: the game is fun to play, engaging, dynamic, captivating, and last but not least…it has an unforgettable musical score! Yes, we all remember the iconic themes of Super Mario Bros. The music was so good, that it’s almost impossible to imagine the game without the music playing in the background. In the mid-1980’s, the video game market wasn’t in the best shape. People needed a hit and they got it.

Did we miss any of your favorite games? Let us know in the comments section below!