by Chris Newton
in Tech
0

As of late, I’ve been quite annoyed and disappointed with official controllers breaking in one way or another all on their own. After I had my Xbox One controller die on me for no reason recently, I gave up all hope until a shining light appeared in the form of the REVOLUTION Unlimited Pro Controller sent to me by Nacon – Thank you! This was way more of a surprise than I thought, as it surpasses expecations that I didn’t even know were factors to begin with.

So let’s start by seeing what the REVOLUTION Pro is at face value. With it’s fancy and lengthy name, the Pro is a souped up PS4 controller, officially licensed by Sony, that gives you the ability to customise every aspect of the controller to suit your specific play style. Even though the controller is designed for PS4, it is also PC compatible, in both wired and wireless mode using the included Bluetooth USB dongle, complete with a built-in rechargable 1300 mAh battery. Sounds pretty good, but most gamers who use standard controllers are used to how they feel and function, so why change that? Let me tell you why. 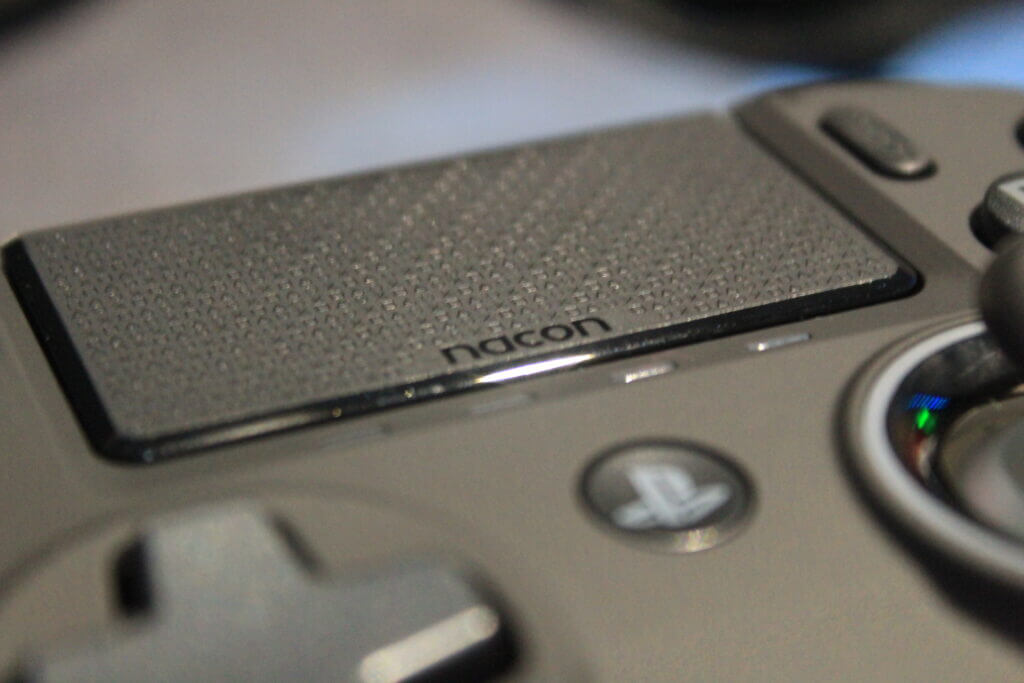 As said previously, most gamers are used to plug and play without any sort of customisation to speak of, so what is it that the Pro can do? First let’s take a look at the design and layout. Although created for Playstation 4, the layout is actually that of an Xbox One controller, with the left thumbstick and D-pad in alternate positions compared to a standard Playstation controller. This may be a strange choice to sell to PS gamers, but for someone like myself who prefers the layout and overall feel of an Xbox controller it’s perfect, with enhanced grip from the rubberised rear hand grips and the premium soft touch feel of the plastic casing.

The PS, Options and Share buttons along with the touchpad, right thumbstick and X, Circle, Square and Triangle buttons all remain familiar and well placed, with an added customisable RGB light circle around the thumbstick! This can be customised through software to not only change the colour of the light through 4 separate sectors, but you can also add lighting effects similar to RGB keyboards and mice on the market. The thumbsticks are easy to maneuver and give that sweet satisfactory click as you press them in, which you also get from the buttons albiet a softer click. 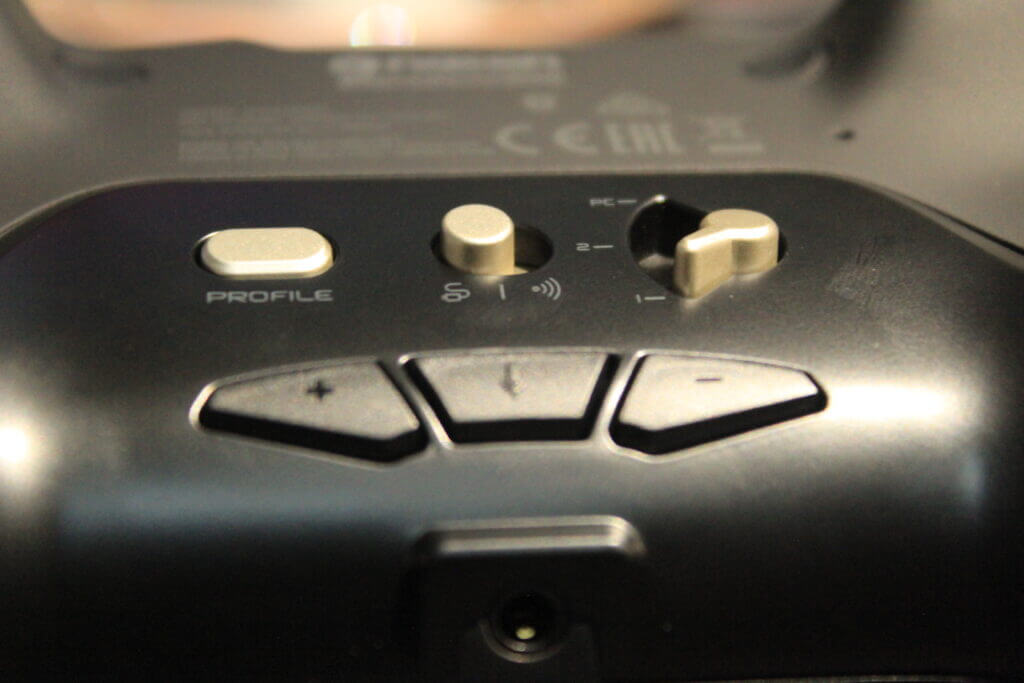 On the bottom of the controller is a 3.5mm audio jack for headphones and microphone use, so you can communicate with other players, but added Mute, audio up and audio down buttons on the rear. Above these are 3 sets of controls: A profile button, indicated by a lit LED on the front of 4 fully customisable control profiles, a switch between using wired and wireless modes, and a switch to toggle between using PS4, PS4 Advanced and PC Advanced modes – Advanced simply meaning that profiles are able to be used in this configuration.

On the top of the controller are the familiar left and right triggers and bumpers, with a lovely metal-feel plastic and great sensitivity. On top of all this are 4 extra buttons, inside the grips, which serve as an optional placement for the triggers and bumpers unless customised, which racing fans should be a big fan of. Don’t forget this comes in a durable carry case, with a 3m braided USB-C detachable cable, used for wired use and charging. The controller itself feels very durable to me, I certainly wouldn’t want to drop it but that should never be something that you should feel comfortable doing, but if I did I don’t think it would be damaged. 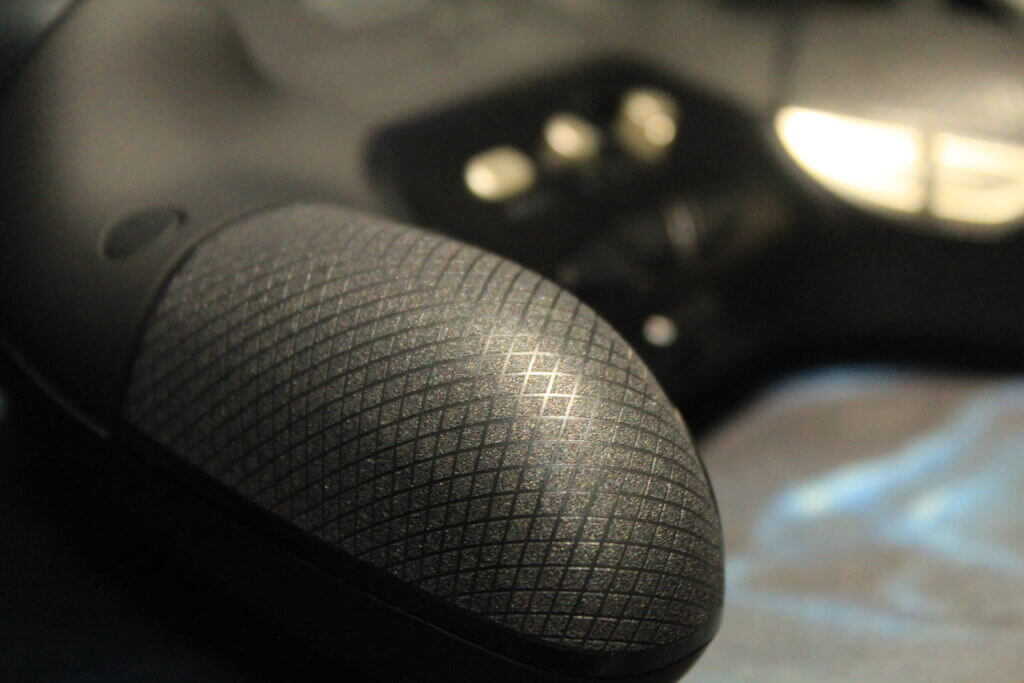 The real kicker is all the available options on customisation this controller offers. Physically, you can change the thumbsticks from concave to convex, the diameter of the shafts which affect how much time it takes to push a thumbstick in a direction with 30°, 38° and 46° amplitude, and finally the actual weight of the controller. 6 weights (2x 10g, 2x 14g and 2x 16g) are included which can be used in the concealed compartments behind the grips to give you the best feel for your liking.

With the use of software, you can also customise every button on the controller, change the D-pad to 4 or 8 directional, change the vibration intensity in the left and right sides, and adjust the sensitivity and dead-band of each trigger. The D-pad has a soft yet sturdy feel and works well, which is something a lot of companies struggle to get right. The 4 extra buttons on the rear can be configured as buttons to use whilst you play a game that encourages the player to keep their hands on the thumbsticks, such as Gears of War or a twin stick shooter. Whilst I’ve personally not made use of every option available, I changed a few to suit my style and couldn’t be happier with the results.

Is it Worth it?

Overall the entire look, feel and use of the controller is beyond compare to what is currently available, though at a price, but still more affordable than an Xbox Elite controller for example. Currently, the Nacon REVOLUTION Unlimited Pro Controller is priced at £110/$143 on Amazon which compared to a standard controller is quite an expense, but if you aren’t convinced by the differences then maybe this isn’t for you. This controller is made for serious gamers, whether you are competitive or just sink endless hours into titles, once you buy and use the REVOLUTION Pro for yourself I don’t think you could go back. I mean just look at this thing, it’s an absolute stunner, though perhaps Nacon could add a few colour variants just to convince you further: 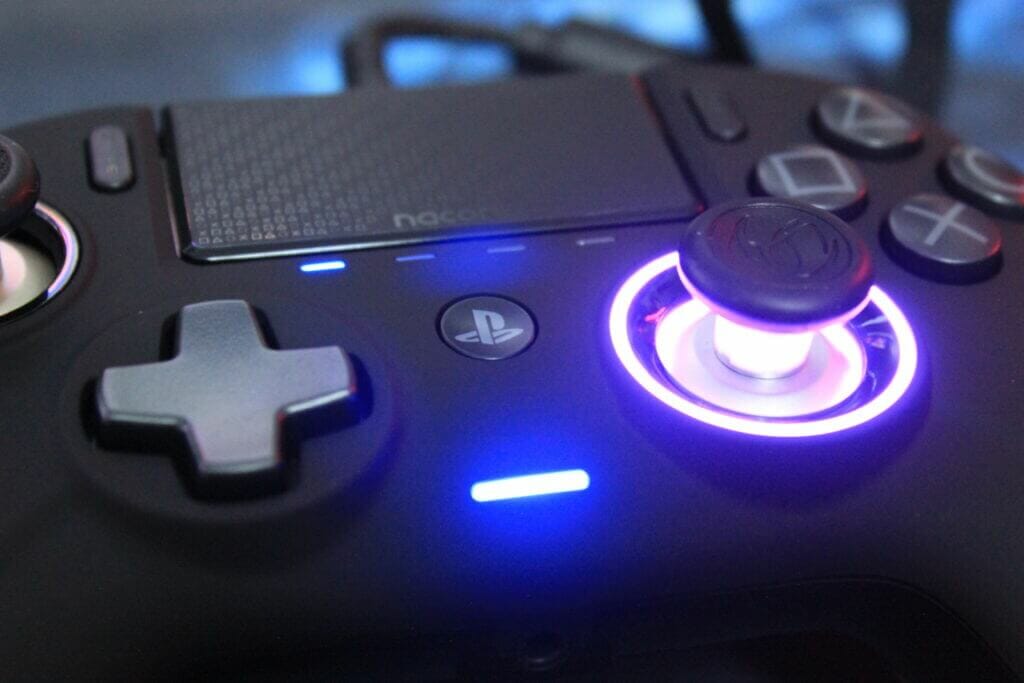 I’ve had no issues with the controller whatsoever. I use it daily on my PC, and on my PS4 that I play sporadically. The freedom of having wireless play is something you can’t have without an extra purchase for PC, and it was as easy as pie just plugging in the dongle to make it work. If I had to point out any flaws, I really don’t think I could give any, certainly not in terms of the design and use of the controller. The software however, is slightly difficult to use, as it’s not very responsive and can be slightly confusing to apply.

Also, whilst using the controller for PC, some games seem to think the REVOLUTION Pro is an Xbox controller, bringing up Xbox buttons in the game instead of the Playstation controls. This doesn’t affect use, but it is annoying to translate the controls in your head, especially in quick time events. I’m not entirely confident this was Nacon’s fault but the games themselves not recognising the controller.

Overall, like I’ve previously said, if you’re a dedicated gamer I would certainly recommend picking up this controller. If you’re an Xbox player however, unfortunately you are unable to use the REVOLUTION Pro, but hopefully Nacon will release an equivalent for you, maybe with a Playstation layout! (That was a joke). And because I couldn’t really fit it in anywhere else, here is the case in all it’s carbon fibre style glory: 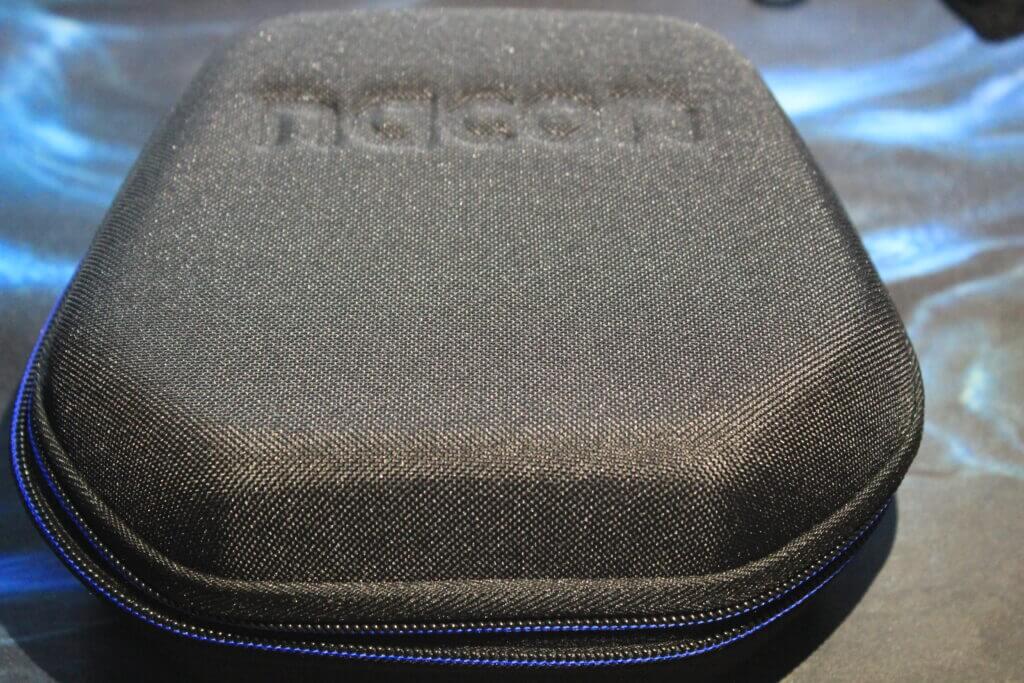 Thanks to Nacon for providing this product for review.

This controller is true dedication for a PS4/PC gamer to use. With a sturdy build, incredible comfort and ease of use, and a stylish design, you can't go wrong with using this for casual and competitive gaming.

Crunchyroll Releases New Trailer for The God of High School

Crunchyroll Releases New Trailer for The God of High School