One Piece Episode 1000 to Stream November 20 on Funimation 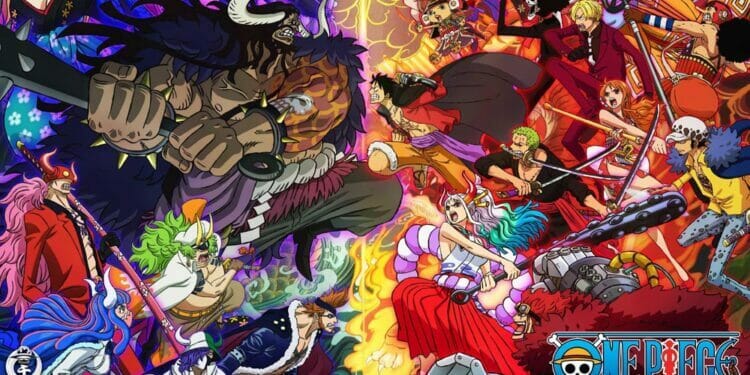 Funimation recently announced that the history-making 1000th episode of One Piece will stream on November 20, 2021 in the U.S. and Canada on Funimation; in Germany and Russia on Wakanim; and on their respective broadcast schedules in Australia and New Zealand.

A celebratory virtual live streamed event will also be broadcast across Funimation’s and Toei Animation’s YouTube channels simultaneously, as well as the official One Piece Facebook page. This virtual event will be hosted by YouTuber RogersBase on November 20, 2021 at 3:00 PST and will feature free streaming of episodes 998 and 999, prize giveaways, fan videos, and more.

In addition to the live stream, earlier this month as part of the One Piece 1000th episode celebration, Toei Animation and Fathom Events announced a special two-night One Piece Film: Strong World theatrical event on November 7 (English Dub) and November 9 (English Sub) in select theaters across the United States. This will be the first-ever U.S. theatrical release of One Piece Film: Strong World – the 2009 movie written by creator Eiichiro Oda and 10th film in the franchise.

“The 1000th episode of One Piece is truly a history-making moment not only for the franchise, but also for the millions of fans around the world that have supported the series over the last 22 years. We’re excited to mark this major milestone for One Piece and look forward to celebrating it together with fans at our special global livestream event on November 20.”

“It isn’t every day you get to celebrate such a respected series hit such a grand milestone like this. One Piece has been a huge part of the Funimation family over time and we’re so proud to be a part of the ongoing journey Toei Animation continues to produce.”

Produced by Toei Animation and based on the top-selling manga title of all time by creator Eiichiro Oda, the One Piece anime series spans more than 990 episodes to date since it first debuted on Japanese TV in October 1999. This iconic series features pirate Monkey D. Luffy and his Straw Hat crew on their epic quest to find “One Piece,” the legendary treasure of the former King of the Pirates, Gol D. Roger. One Piece’s global pop culture status is the crowning achievement for this anime franchise, which encompasses theatrical films, home videos, video games, and an ever-expanding catalog of licensed merchandise that includes accessories, toys, novelties, furniture, housewares, and apparel.

Are you a One Piece fan? If so, have you seen all current episodes? Let us know your thoughts in the comments section below.

God of War 2018 To Release On Steam Next Year