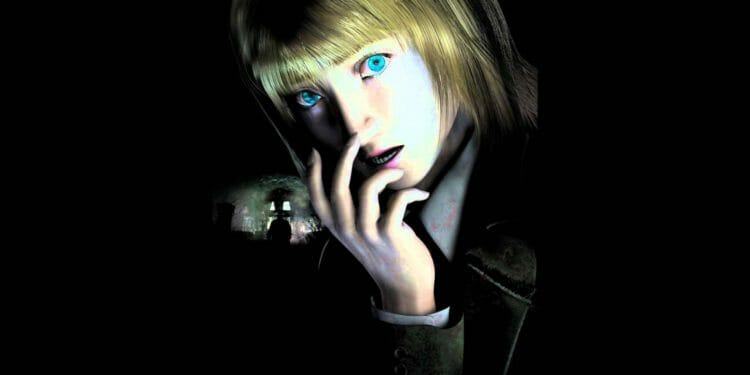 With the month of October upon us, it’s time to dust off those games that give us the heebie jeebies. The ones that makes our skin crawl and the ones that not everyone has played. I have a stack of survival horror games that I’ve yet to really dive into. First one up was Clock Tower 3, and man, did this game ring a bell. I generally don’t play games out of order. But since Clock Tower 1 and 2 are so expensive right now, I decided to play the only one I have at the moment. Developed by Sunsoft and published by Capcom, Clock Tower 3 was released on the PlayStation 2 in December 2002. It is the final game in Hifumi Kono‘s survival horror series.

After crossing your fingers for the disc to read, some amazing orchestral gothic music greets you, really setting the tone for this game. The music throughout makes your heart pound and is actually useful, since it lets you know when one of the big baddies is following you. If the music is intense, you need to hide or find an item to evade them with. Once the music dies down, you’re good, but only for a little while. You have to be on your toes in this game, or you’ll die.

Although this game is seventeen years old, I was thoroughly surprised by how Sunsoft used the PlayStation 2 so well. The opening cutscene is a joy to watch; it’s dark, creepy, and looks very good on my flat screen television. The in-game graphics prove to be a high point. It seems that Sunsoft enjoyed the pre-rendered backgrounds Resident Evil perfected on the PlayStation. This ups the mood, look and atmosphere of these areas. The initial mansion looks great, as well as the concert hall, and so on. Back then, pre-rendered backgrounds were just the way to go.

The story starts off simple, but soon turns into some “paranormal saving souls stuff” really fast. You play as 14-year-old Alyssa. When her grandfather goes missing, she’s sent away to boarding school for her own protection. Her mother warns her in a letter to go into hiding before she turns 15, and to stay hidden until after her birthday. Just after Alyssa finishes the letter, someone informs her that her mother is on the phone. But when she picks up the receiver, no one is there.

Ignoring her mother’s warning, she heads home and encounters a strange man in the dining room. He tells her that her mother has left and isn’t coming back. Then he grabs her, telling her that he’s been waiting a long time for this—but then he just leaves the room. Taking control of Alyssa, you begin to search her old house for clues; that’s when things begin to get even weirder.

As you’re searching her house, you come across a statue. It breaks open and gives you a bottle. This bottle contains Holy Water, which you can refill in Urns and at Fountains with a Lion’s Head. It only holds three servings; you can use these to deter ghosts, against the big baddie, and to break sigils on doors so you can proceed. This bottle is almost as important as the ones in The Legend of Zelda.

This game controls like a 2002 game, there is no doubt about that. The first thing I realized when I took control over Alyssa was the fact that the right thumbstick did absolutely nothing. There is no camera control with this game, and that makes it hard to find who’s stalking you sometimes. My best advice is to use the L1 button a lot. It brings up the map and shows you doors; sadly, it doesn’t show what doors are locked ala Silent Hill.

This is a straight tank control game, so be prepared to die because of that. You’ll grow used to it again, like I did. But it doesn’t make running right into the big bad because the camera changed any less irritating. Sometimes you need to hide or crawl to survive.

Preserving Your Resources and Composure

This game has no auto-saves. To save, you must find a Fountain with a Lion’s Head or a diary. Save often. Seeing as you’re just a 14-year-old girl, you really cannot defend against the big baddies that are trying to kill you. However, there are less dangerous ghosts roaming the world. To free them, you must find their sentimental item, which breaks their ties to this world. When you release them, you earn an item. This can be very useful, since you’re basically weaponless throughout the entire game.

You don’t have a health bar per say; you have a Panic Meter. This Panic Meter will start to fill if grabbed by a ghost or by the special moves of the big baddie. There are items that remove your panic, and others that make you invisible. You can also make the meter drop by hiding, drinking Lavender Water, or just avoiding danger. If your Panic Meter fills, you will run all over the level poorly and be susceptible to one-hit kills. Try to hold onto your Lavender Water as much as possible. It is legitimately a lifesaver.

(Additionally, Alyssa’s panic motions during a cutscene are insanely funny; no one moves like that, and no one panics like that. It is comical at best.)

Beating a level is actually pretty difficult. You have to find the sentimental item that belongs to the main ghost tormented by the big bad. While you do this through trial and error, you are relentlessly pursued. With only three hits of Holy Water for a good chunk of the game, this can get annoying. But once you use the sentimental item to free that ghost from the big bad’s control, you can finally attack back. Your weapon of choice—a bow and arrow.

Yeah, you turn into frickin’ Kid Icarus when you have to defeat the big bad. For this battle, you have to charge your arrow. You cannot charge it while walking. You must wait for it to charge, then let loose the arrow. Holding to the Rule of Three, you have to do this three times while dodging attacks and hitting a moving target. These boss battles are a pain in the rump and take away some of the fun during the game.

If you’re an old school survival horror fan like myself, I cannot gush about this game enough. Yes, it has horrible tank controls that we no longer have to deal with. Yes, there is a fixed camera angle that can get you killed. Yes, there are no auto-saves or checkpoints; and yes, the boss battles can be stupidly hard.

But man, it’s worth it for the chance to dive into what the standard for survival horror used to be.

I’m glad that I popped this into the PlayStation 2. I remember buying it back in 2002 and never playing it. At that point in time, I was unaccustomed to survival horror games that made it practically impossible to fight back. While I regret keeping it shelved for almost twenty years, I’m thrilled to play it as a more polished and better gamer. Instead of giving up like I used to, I figured it out—and there is A LOT to figure out in this game. If you’ve played Resident Evil 3: Nemesis, just imagine that constantly with no weapons and the same type of puzzles to solve, and backtracking to behold. If that sounds fun to you—like it is for me—then snatch up a copy of Clock Tower 3 fast.

Did you play Clock Tower 3 when it first came out? What about the other Clock Tower games? If you’re interested in more retro horror, check out our reviews for Fatal Frame and Resident Evil: Survivor.

What the Golf? Review