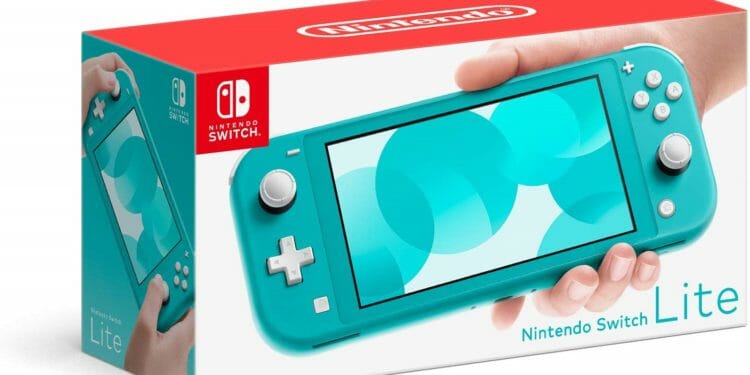 Now, I am a very late adopter to the Nintendo Switch. Yes, there are so many games I can’t wait to play; but at the time, my wallet could not handle it. I saved up my money and during a certain Amazon Prime Day, I got my hands on the original Switch model. This model is docked constantly to my television, since I’m not one to take very expensive things out of my house due to fear of theft and destruction. Flash forward three months, and I’ve finally played my pre-order for a turquoise copy of the Nintendo Switch Lite. Why turquoise you ask? Well, blue was my Dad’s favorite color, and he’s the one who bought my NES back in the day. So I figured I would honor his memory with a blue Switch, which I know he would get a kick out of.  When I bought a second Switch, a lot of my friends looked at me like I was nuts. But my logic is sound, at least to me.

A Companion to the Original

All of my worries were unfounded. I made a great purchase and now have a docked Switch for the super pretty, graphic heavy games, and a second mobile Switch for the graphically challenged games. I have been playing the Dragon Quest XI demo, and I can’t believe how good it looks on the Switch Lite. It’s great on the screen. Sure, it may only be 720p, but I’m liking it and think it looks great. I may be singing a different tune had I played it on the PS4; but right now I’m super content playing this demo, and can’t wait for the full game.

I really am enjoying this system, not going to lie. I like having two Switch consoles—one for docked games that look great, and one for less graphical or retro games that I can take where I want. But I realized that moving game saves between systems was a big pain in the butt. Nintendo’s Cloud Saves need to be moved manually. So when you’re done on the Switch Lite, you have to move your save to the Cloud. When you fire up your main Switch, you have to return to the Cloud and download that save onto your system.

Why this isn’t automatic I’ll never know, but it keeps me from moving the same game between systems. Other than that technical issue, everything else is the same on the Switch Lite. The menu system is the same, all of the applications are the same, and if you’ve linked everything you can spend eShop points on your Switch, Switch Lite and designated 3DS.

As of right now I have not purchased a case or screen protector for my Switch Lite, but I plan on doing so before it leaves the house with me. There is absolutely no protection for the joysticks or for the screen. At least the New 3DS XL folded shut like a wallet to keep all the components safe. The Switch Lite does not have this option. You run the risk of scratching your screen or snagging a joystick, so no throwing this in my backpack just yet.

I was also surprised that the battery doesn’t last as long as I thought. My New 3DS XL has a longer battery life, a considerably LONGER battery life. But on the Switch Lite, I played Octopath Traveler and Final Fantasy VII for about an hour and a half. By then, my battery was at 67%. This was after charging it all night in “Power Off” mode (none of that “Rest” mode for me).

In light of this, make sure you have a charger with you on long journeys. I’ve yet to look for a USB one, but I will be getting that once convention season in Arizona starts up again! Convention season is generally cool in Arizona—which isn’t what the Switch Lite is. After about half an hour or so of play, the system becomes very warm. Not too hot to touch. Just warm, which still makes me worried about the system warping. But only time will tell with that, since this is a new console for us all.

Successor to the Nintendo 3DS

Now, this is a great system. It will surely take the place of the 3DS easily. Had Nintendo been smart enough to make it backwards compatible with 3DS games (only in 2D) they would have easily made this THE system to have. As it is, if I wasn’t already a Switch owner I wouldn’t even have looked at the Lite version. To me, the Switch Lite is better as a secondary console alongside a docked Switch. With it, you can play a ton of amazing first party Nintendo games and indie games on the go.

Obviously, I’m weird about how I play my games, but having two Switch consoles actually makes it easier for me to play all the Switch titles. I would not have bought the Lite though if I didn’t have a Switch already. Playing it on the big screen television is more enjoyable for me. I don’t want to play Breath of the Wild in handheld mode; that puppy is going in the docked Switch after I beat Astral Chain.

If you have kiddos though and already have a main Switch, this could be pretty fun for the whole family. Only problem is you’d have to buy or download the same game for all systems, which can be pretty pricey. This is a bad system if it is your primary Switch. Instead, it’s perfect as a secondary Switch. I don’t know if that’s why Nintendo released it like it did, but I’d rather have a docked and a Lite. That’s just me though.

What do you think? Have you tried the Nintendo Switch Lite, or plan to check it out? Leave your thoughts in the comments below.

If you want to read more on Nintendo Switch, check out our review for Astral Chain and analysis of Dragon Quest‘s Hero in competitive Super Smash Bros. Ultimate.

3 of the Best Devices for Play on the Go

[…] series that brought me back into gaming after I left it in the Super Nintendo Era was the Resident Evil series. I enjoyed the first one on my PS1 but the one that Dad watched me […]

[…] series that brought me back into gaming after I left it in the Super Nintendo Era was the Resident Evil series. I enjoyed the first one on my PS1 but the one that Dad watched me […]