While the west recently received a new installation to the beloved Sakura Wars franchise, the series has been around for nearly 25 years spanning from the Sega Saturn era. This new game, however, acts as a soft reboot to the series. And like its predecessors, it combines dating sim, visual novel elements, and mech fighting in one package. 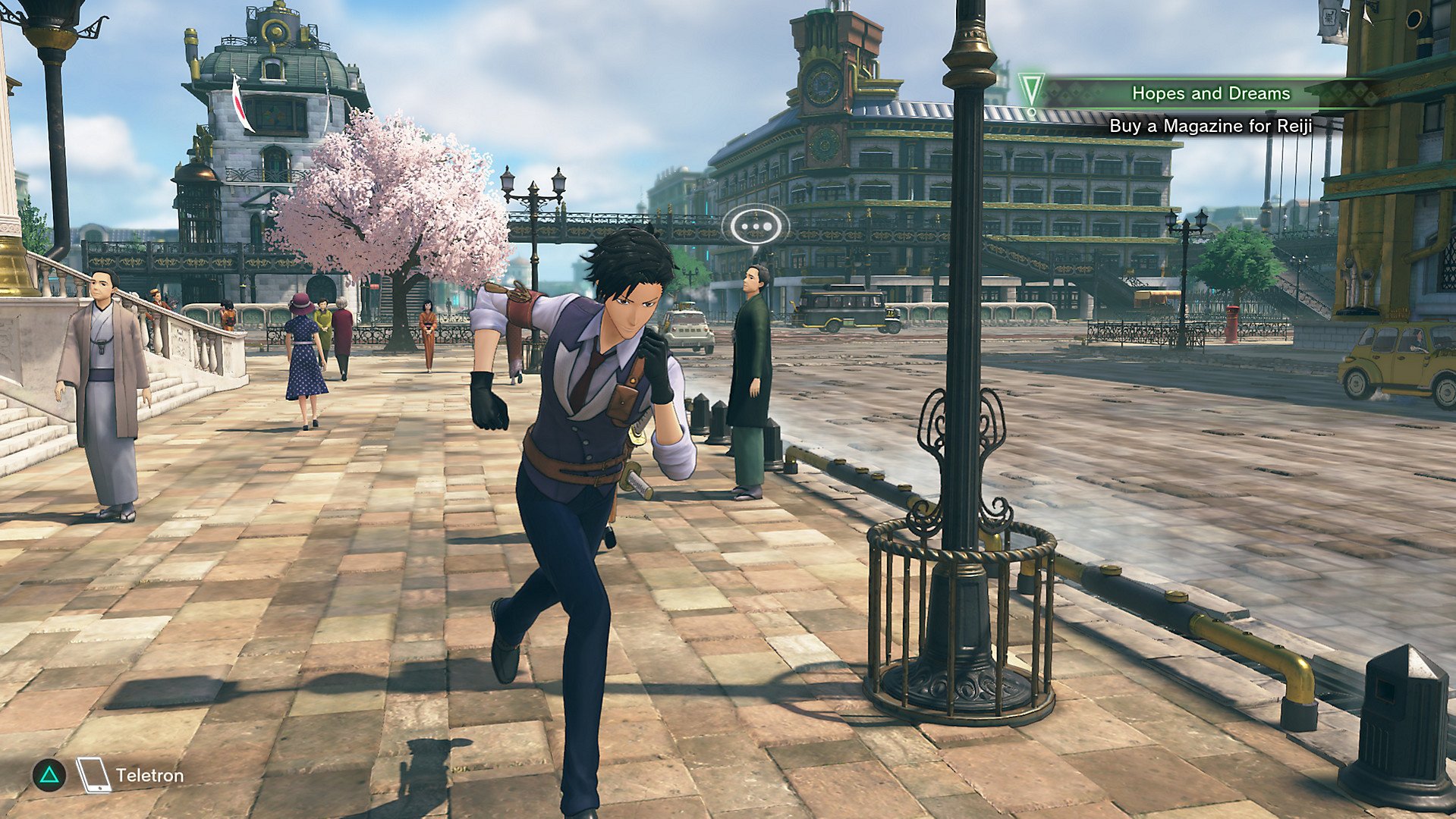 Sakura Wars takes place in 1940’s Tokyo, where former navy captain Seijuro Kamiyama is brought in by the Combat Revue to serve as a new captain to Tokyo’s Flower Division, an all-female combat squad tasked in defending Tokyo from a variety of demonic creatures with the help of their mechs named Kubos. While not fighting demons, the Flower Division also organizes a slew of musical productions and plays in their spare time.

Throughout the game, you’ll be playing as Seijuro, and will have to juggle many activities such as patrolling the Grand Imperial Theater, fighting alongside your squad in combat situations, and even exploring the town and starting relationships with the girls in the Flower Division, if you wish to do so. 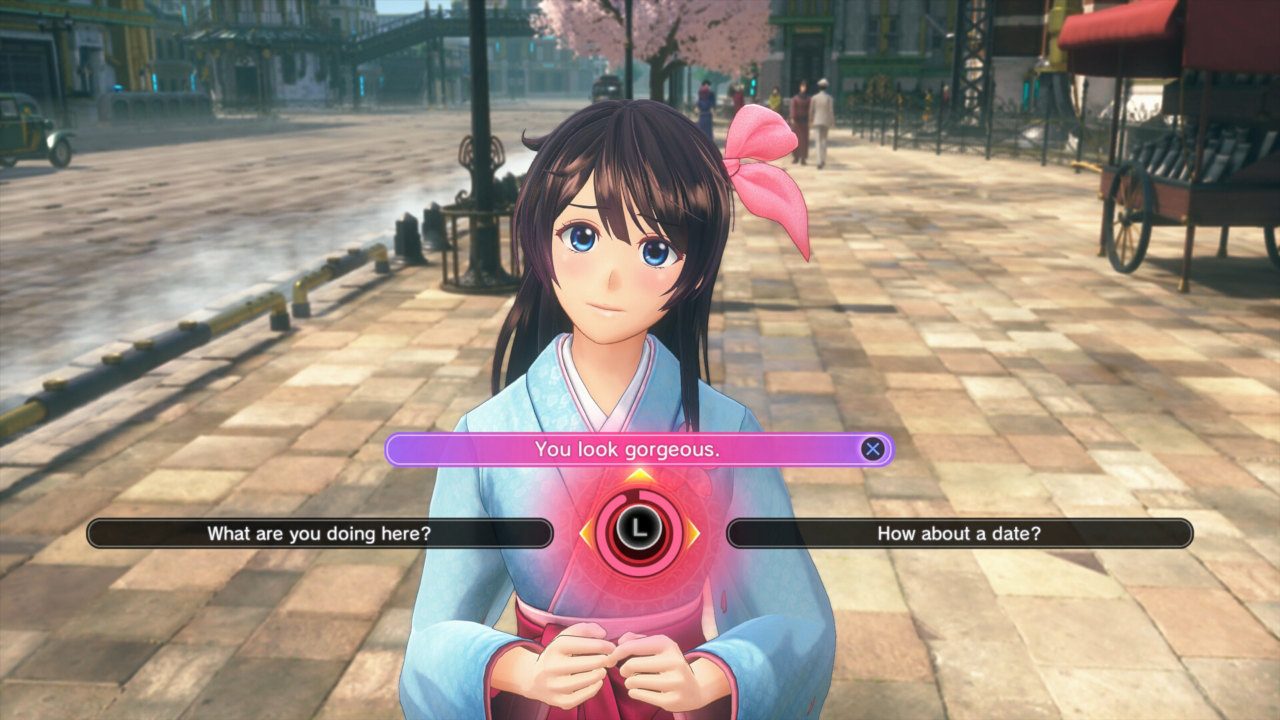 The first thing you’ll notice when playing through Sakura Wars is how crisp and beautifully designed the world is. The animations are especially well done and don’t look stiff, unlike many similarly designed games. The character’s facial animations are well detailed and express every bit of emotion they feel.

The game also has a relaxing atmosphere, which is further supported by is a subtle yet charming soundtrack. When moving about the city, you’ll notice a mix of several aesthetics. You’ll see some characters wearing traditional Japanese attire, but also see some in western attire as well. You’ll also notice some Steampunk integrations here and there.

When spending time with the girls, Seijuro will have to choose amongst many timed dialogue options. Depending on what you choose, you’ll either be getting on their good side or be seen as a disgusting pervert.

The problem with these dialogue choices is how vague they often are. Sometimes you’ll think you chose the right option only for Seijuro to say something completely different than what you were expecting, making the experience of building your relationships feel tedious. Granted, these interactions are usually funny, but with the limited time you’ll have to choose an option, and how easily the girls are offended, it can get frustrating very quickly.

Another bad aspect of the game is how it’s plagued with a lot of tired anime tropes that are not only predictable, but also succeed in hindering the experience.

However, the plot, in general, was fun to play through. The characters surprisingly have quite a bit of depth to them. Getting to know your various party members will not only allow you to enjoy the story but will also help combat wise, as it’ll unlock stats boosts and team attacks in battles. 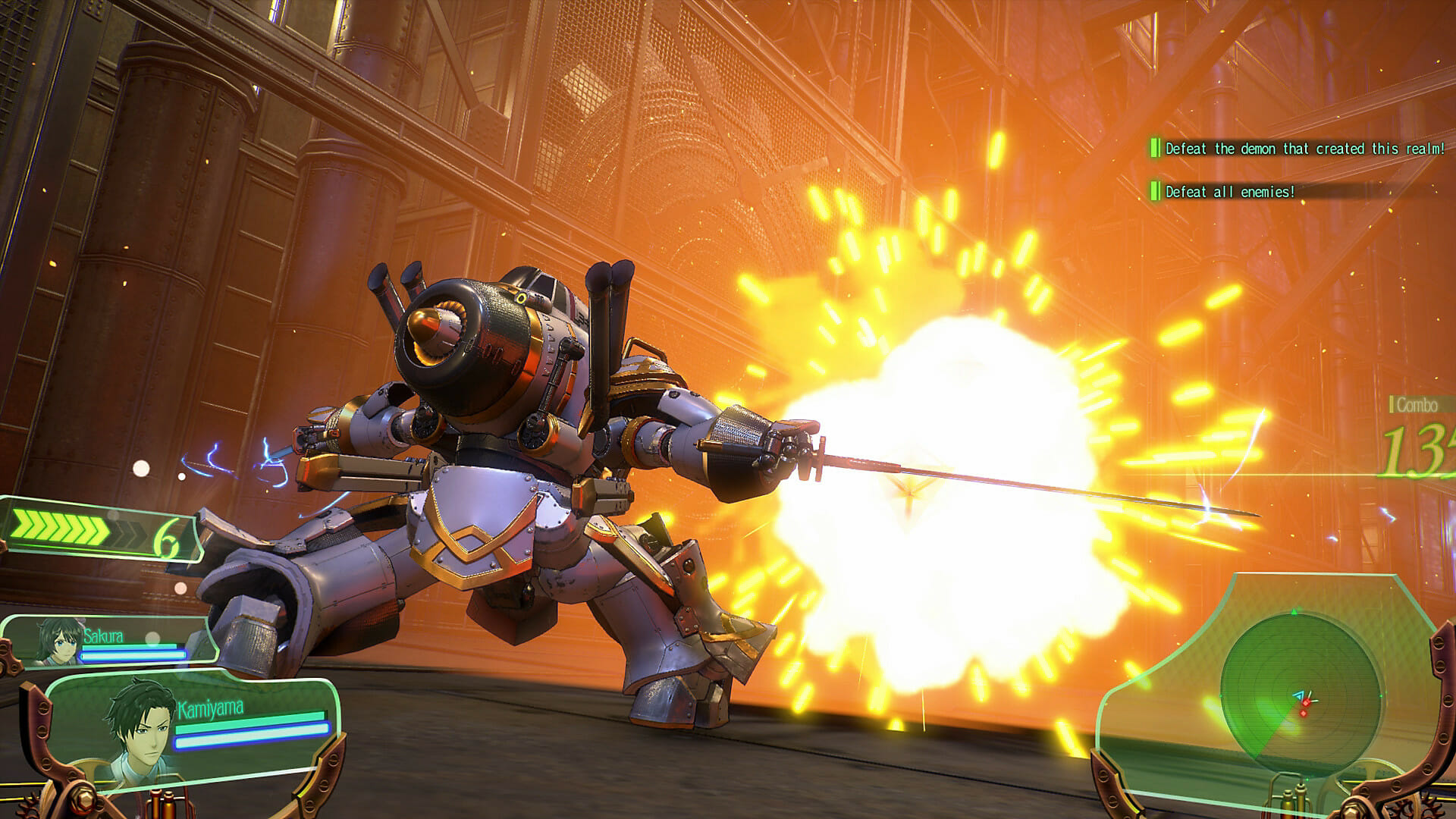 Speaking of battles, Sakura Wars has done away with the turn-based combat of earlier games in the series and has chosen to adopt a real-time hack and slash system instead. The gameplay is pretty much what you’d expect a mech fighter to be. You’ll be using a variety of light and heavy attacks on waves of demons of all shapes and sizes with the circle and triangle buttons, and evading their attacks with the R1 button. If you’re able to time the dodge right, you’ll get a neat slow-motion effect you can use to counter-attack.

You’ll also be going through dungeons in the game filled with obstacles and light platforming sequences, that thankfully aren’t tedious to transverse. These dungeons usually end in high octane boss battles, which also ends with visually pleasing and amazing animated cut scenes.

When not using your mech to fight demons, you’ll be using it to fight other mechs in three-round competitions. Though these segments are short-lived, to say the least. While Sakura Wars can be applauded for trying to shake up combat and gameplay in many sections of the game, the combat itself is unfortunately generic and lacks depth.

For one, you won’t be able to upgrade your mech suits or level up your characters. Your abilities will stay the same throughout the entire game, which makes combat feel shallow and repetitive pretty quickly. It’s only saving grace is how fast gameplay sections are and how well they’re integrated into the story. 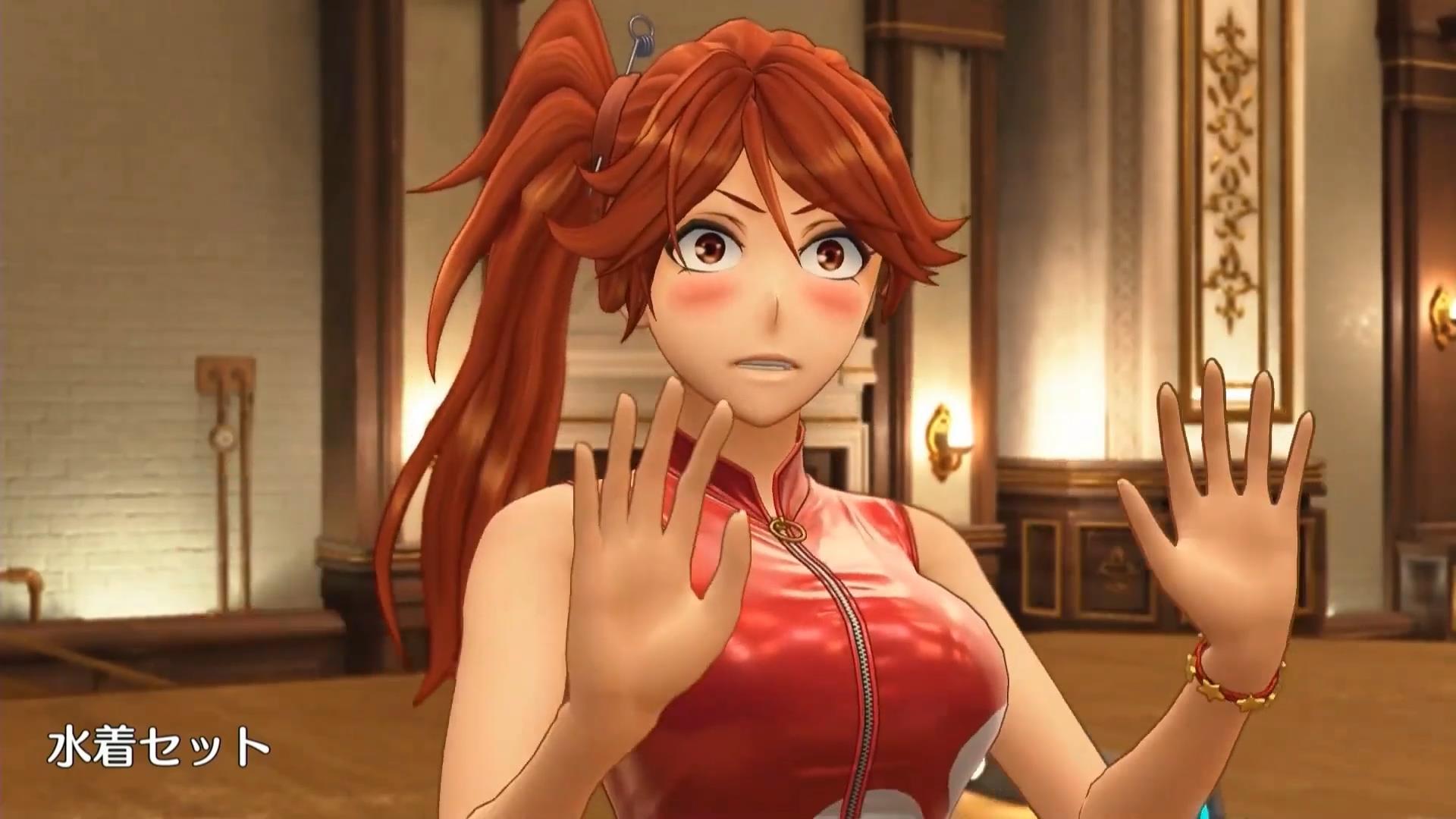 All in all, I’d say my experience with Sakura Wars was quite mixed. I enjoyed the look and feel of the game as well as spending time with its characters. And save for the repetitive, shallow combat system and tropes, I’d say it’s a solid introduction to the franchise for western audiences.

Have you played Sakura Wars? If so, Who’s your favorite character? Either way, let us know your thoughts in the comments section below.

My experience with Sakura Wars was quite mixed. I enjoyed the look and feel of the game as well as spending time with its characters. And save for the repetitive, shallow combat system and tropes, I’d say it’s a solid introduction to the franchise for western audiences.

Are You a Certified Microsoft 365 Specialist Who Wants to Become an Expert?