The Secret Within – Spectre Review 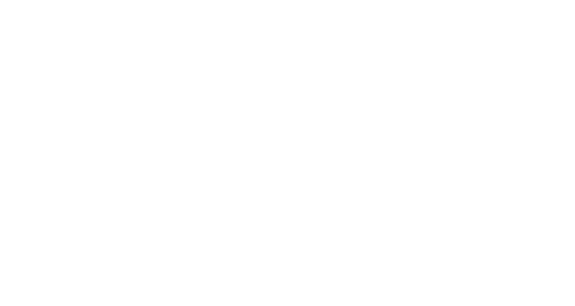 A cryptic message from Bond’s past sends him on a trail to uncover a sinister organization. While M battles political forces to keep the secret service alive, Bond peels back the layers of deceit to reveal the terrible truth behind SPECTRE.

Spectre is re​leased exactly three years to the day here in the UK after Daniel Craig’s last entry as 007 in Skyfall (2012). Skyfall is tied with Casino Royale (2006) as my favorite Bond movie of all time. If it wasn’t for the disappointing misfire that was Quantum of Solace (2008), it could be argued that Daniel Craig’s tenure as 007 has been the franchises most successful.

​From the point of view of the Box Office, Daniel Craig’s time as the ruthless secret agent has added an unprecedented $2.2 billion dollars to the franchise. Skyfall ​is definitely the one to beat though, grossing in excess of $1.1 billion dollars worldwide itself. Let’s put that into perspective, ALL of Pierce Brosnan’s movies grossed $1.4 Billion dollars. (Not adjusted for inflation.) Skyfall ticked all the boxes, it was adored by the critics and fans alike and became the highest grossing Bond movie of all time – how can you possibly beat that?

Well, in an aim to recapture the same success, the studio talked Sam Mendes back into helming Spectre. A returning director for a James Bond movie may well seem a first for younger audiences, but Mendes is eclipsed by the likes of John Glen who directed no less than five Bond movies, and Terence Young who is tied with Guy Hamilton with three movies each.

To hopefully make doubly sure that Craig’s fourth and most likely last outing is a hit, not only the director but also the writers have returned. So with all that in place, is Spectre as good as or even better than Skyfall or does the similarity end with the fact they both begin with “S” and have seven letters?

Well the similarities between Skyfall and Spectre go beyond their titles, but only in as much as 007 is the main star. Sorry to say folks but I was majorly disappointed with Spectre.

First let’s concentrate on the cast. Daniel Craig after three previous outings owns this role now and gives us his most confident self-assured portrayal of 007 to date. He is ably supported by Ralph Fiennes, Naomie Harris, Ben Wishaw and Rory Kinnear. But this is where the accolades for the cast end.

With the possible exception of Christoph Waltz as Franz Oberhauser, who is very good but not quite as good as Skyfall’s Javier Bardem, all newcomers are underused and what’s more badly written.

Monica Bellucci only really features in the first act and is really there just to act as a sexy squeeze for Bond to get his hands on early in the proceedings. Léa Sedoux is therefore really the movie’s only “Bond Girl” but I found her character to be too distant and didn’t really connect with her and her story. A very one dimensional disappointing Bond girl.

Dave Bautista’s Mr Hinx was also dreadfully under-utilised. After showing fairly early on his “particular set of skills” as Brian Mills would put it, he just pops up every now and again throughout the movie, which I found was a great shame as he had huge on screen presence (no pun intended) but was again under used. Also his final fight with Bond and its locale was just too reminiscent of an older Bond movie. If you know older Bond movies, you’ll know the one straight away.

Finally for the cast although not at all cut from the same cloth, Andrew Scott as newcomer “C” was too similar to his portrayal as Moriarty albeit with an English not Irish accent.

My main issue with Spectre, is it’s just a formulaic Bond movie. An issue that you could up to this point never label against a Daniel Craig entry. Casino Royale was gritty, fresh and real world. Quantum of Solace was just a misfire but Skyfall was perhaps the best rounded movie of his to date. But Spectre in comparison although continuing with the story arc started in Royale feels that Mendes has become a little too nostalgic for older Bond movies. What’s more what should have served as a rousing finale to this promising story arc is very badly written.

There were many nods to previous Bond entries, from the movies opening sequence to various set pieces throughout. Of course this can be taken either way, but for me the beauty of Royale and Skyfall was that they distanced themselves from previous entries and did their own thing.

This is not to say this movie was totally awful, it’s looks great and is very well shot. The action is also well done. The typical top drawer Bond stuff we have come to expect of recent years, but it was very much a case of the script just setting up the next set piece, as opposed to concentrating on the stuff in between.

Who would have thought that of all the movies this year, Spectre would get a 2 out of 5 stars?! Despite a confident and self-assured turn from Craig as 007, Spectre is no Skyfall. It’s only just better than Solace but is definitely not on the same level as Craig’s other two stellar entries. The action is decent but the story is really lacking leaving a formulaic, predictable movie which in my opinion took too much from older Bond movies and not enough from Royale or Skyfall.

But it’s Bond, so I recommend you check this out but don’t go expecting Royale or Skyfall.