Aspyr released Star Wars Knights of the Old Republic on Nintendo Switch last year. After playing the port as someone who never played the original game, I concluded it was by far one of the best ports on the platform. That said, it’s only natural that I play the second title in the renowned series upon learning it received its own Switch port. And having played it, I can confidently say the game offers a different experience compared to its predecessor, which is both good and bad. 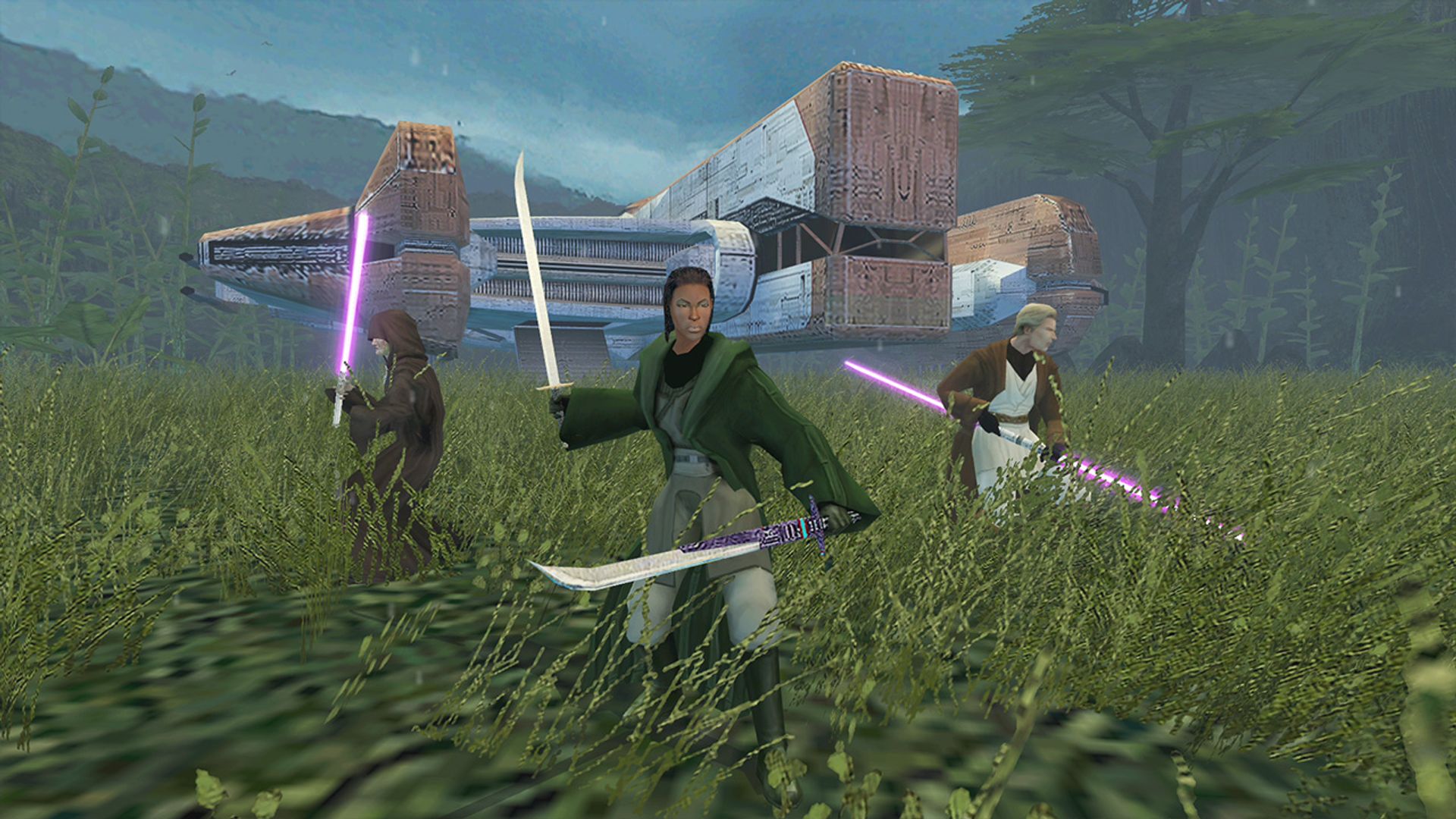 Star Wars Knights of the Old Republic II follows a crestfallen, washed up, freshly injured Jedi after the events of last game and at the tail end of the big bad order 66. The Sith are ruling the universe and what’s left of the Jedi are scattered across or in hiding. After being awoken by a friendly droid in your ship, the Ebon Hawk, you find you’re being hunted by bounty hunters and are forced to join a group of other individuals in your circumstance to evade your pursuers and learn more about what’s happening.

Star Wars Knights of the Old Republic II is structured almost exactly the same way as its predecessor, mainly due to its lack of innovations. Players create their character (unfortunately, you can’t carry your previous character over), choose their classes, and select the powers they wish to start with. Like any good RPG, these stats include the charisma section, which affects the success rate in conversations and interactions, Strength, which affects the standard attack power, intelligence for hacking into security doors and systems, vitality for health, and more. Of course, as this is a Star Wars game (and a competent one at that), players’ choices and actions will significantly affect their relationships with their party members and the powers they are able to use. Act like an ass by selecting every horrible dialogue choice imaginable and you’ll unlock the dark side powers like choking out enemies (which can be pretty funny). However, if you always do the right things and say the right things at all times, you’ll quickly become a proper Jedi warrior with access to all light side powers.

KOTOR2 also provides more characters of varying backgrounds that surprisingly provide a lot to the story. Additionally, depending on your alignment, character dialogue will change. For example, some characters respect jerks, while others look up to righteous heroes. The good thing about the game is that you never really feel like you are on their right or wrong side as the game perfectly adapts to your actions, good and bad. 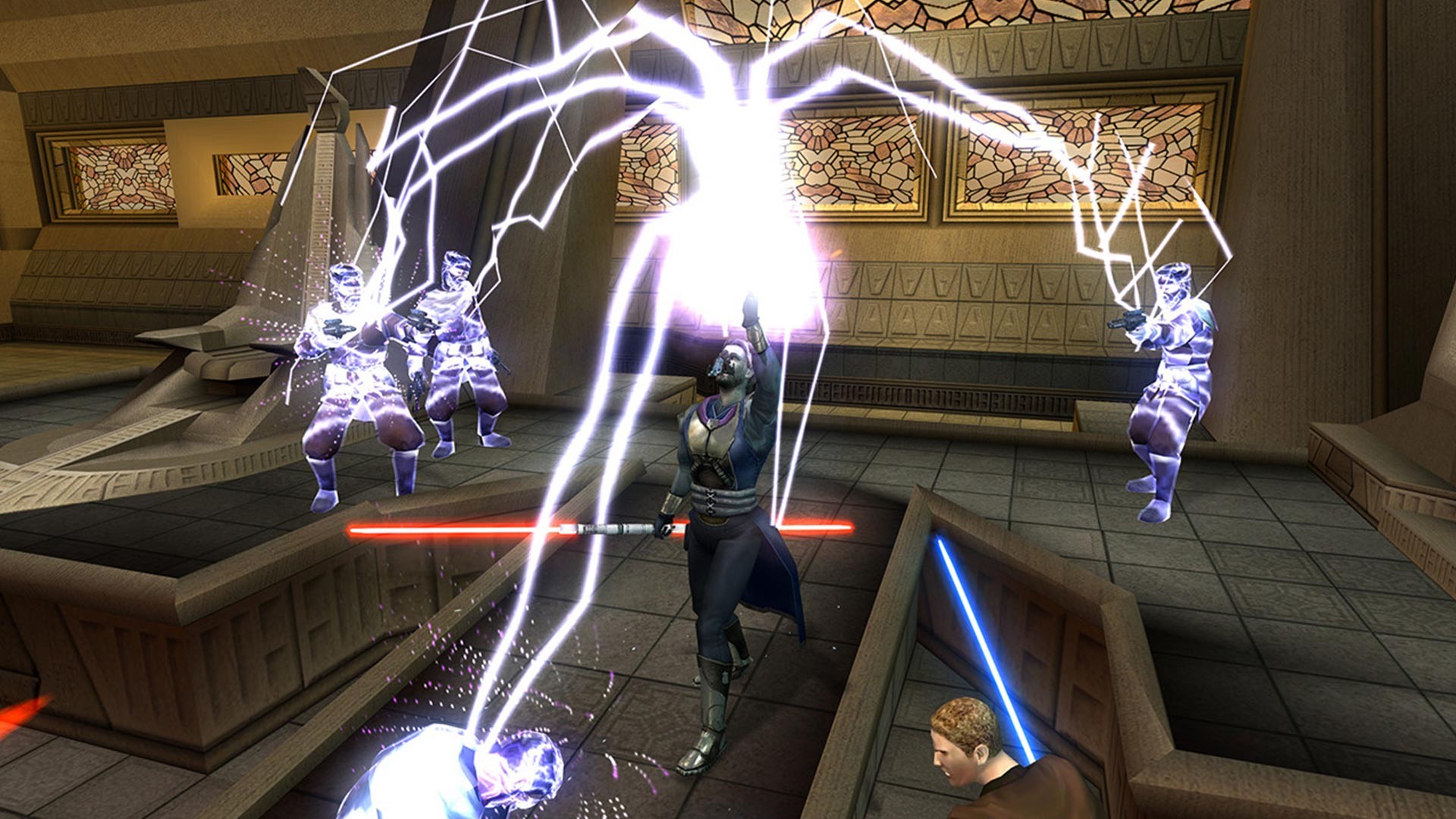 However, one thing that is a noticeable aspect of the game is that it doesn’t have as interesting or as engaging a narrative as the previous games. While there are endearing characters and interesting story beats, the game is noticeably slower-paced and can be a tad dull at times. This is chiefly seen through the opening section of the game, which, including its prologue, is far less entertaining, much slower, and much more tedious than in the first game. Most of what you’re doing in the earlier parts of the game is navigating ship halls, fighting boring droids, and unlocking several doors while trying to escape your pursuers. Thankfully the game picks up eventually and even has alternate modes of enjoyment through side events, quests, and activities that’ll engage you.

Visually, the game’s models still look ancient, but the overall graphics have been upscaled to HD. Unfortunately, performance-wise, KOTOR 2 has some noticeable flaws on Switch. It started out running smoothly, but as I progressed through the game, I started to encounter some glitches, like my outfit seemingly changing colors alongside some texture pop-ins. There is also news of the game having game breaking glitches for some players, so any potential buyers are advised to wait for the upcoming patch. 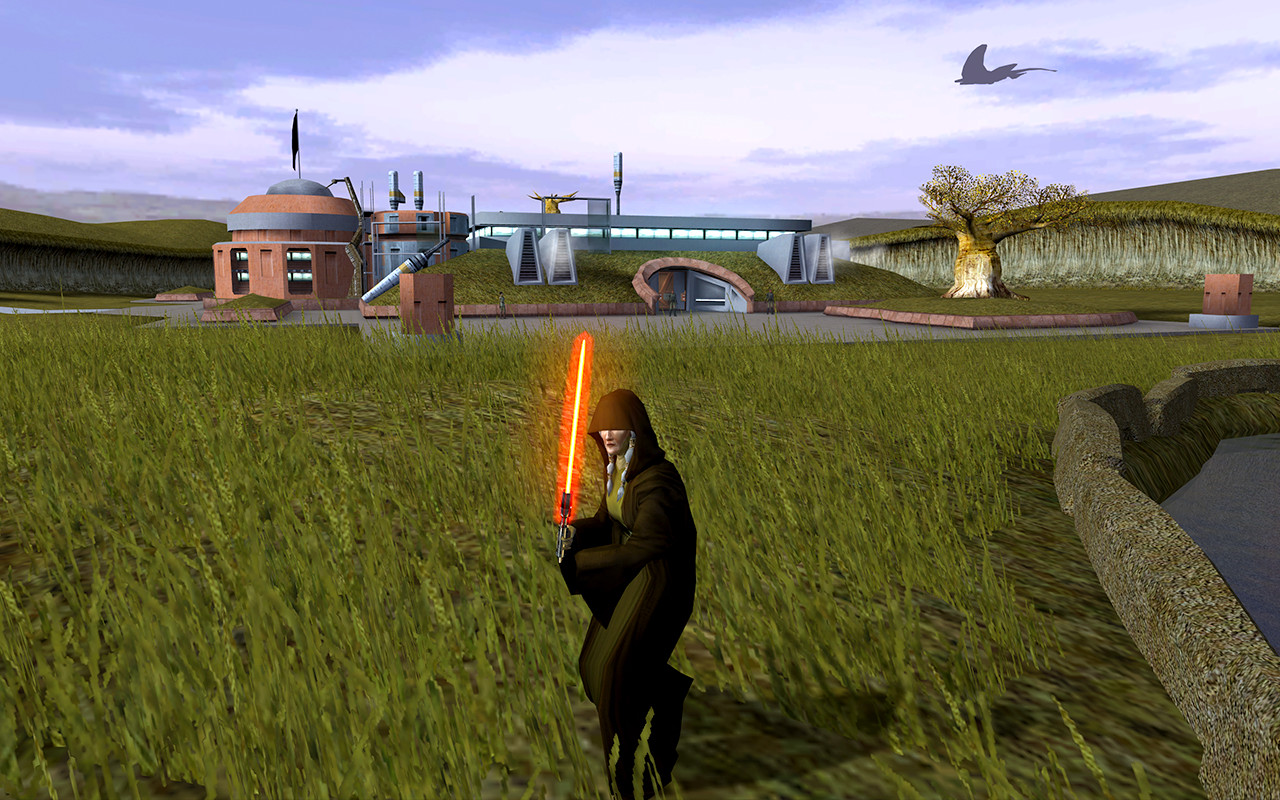 Overall, Knights of the Old Republic II despite being duller plot-wise and including glitches, still offers tons of hours of fun and engaging gameplay with lots of lore that can be enjoyed and appreciated by both fans and newcomers alike.

Are you a fan of Star Wars? What do you think of KOTOR2? Let BagoGames know your thoughts

Knights of the Old Republic II despite being duller plot-wise and including glitches, still offers tons of hours of fun and engaging gameplay with lots of lore that can be enjoyed and appreciated by both fans and newcomers alike.