Stay At Home This Winter: 7 Best VR Games To Play

Snuggle up and get ready for some virtual reality... 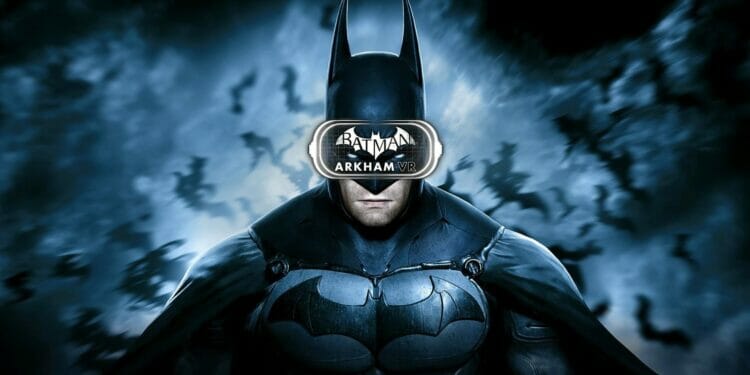 When the temperature drops during the winter, the desire to go outside diminishes. That calls for its fair share of cozying up, but spending too much time covered under your blanket isn’t healthy for your spirit, body, or mind. Fortunately, the availability of powerful and affordable virtual reality headsets on the market ensures that you can step into a whole new dimension with VR games this winter you can play now.

This guide explores the 7 best games for anyone looking to step into a new dimension with immersive virtual reality experiences while staying cozy indoors this winter. Besides these games, VR casinos are also on the rise and punters can expect to see the best baccarat website offering virtual reality gambling.

While the Batman franchise might have concluded on the traditional platforms, Arkham VR comes as the never-expected follow-up of Arkham Knight. Rocksteady Studios released this title on Playstation VR soon after they revealed that their third game in the Batman Arkham franchise would be the last. The developer later brought the game to PC VR headsets and now you can also enjoy it on HTC Vive, Valve Index, and Oculus Rift.

Arkham VR comes with a self-contained detective storyline that looks like a pre-sequel of the already established Arkham mythos, but there’s no beating goons unconscious with the franchise’s signature combat mechanics. However, players can expect to get a DLC_sized story mission that comes at a fraction of the cost.

With Half-Life: Alyx being Valve’s first virtual reality entry and the first game in this series for over 10 years, some players were afraid that it may not live up to its expectations. However, this game fills the large shoes that Valve left in 2007.

Like its predecessors, Half-Life: Alyx delivers a mind-bending joyride that features a physics system that is to die for. You’ll get the inventive, scientific puzzles you get from PC games together with the tense jaunts in zombie-infested pits that you can find in any terror-instilling horror game. You can enjoy Half-Life: Alyx on Valve Index, Oculus Rift, or HTC Vive.

When you look at the original version, you’ll love the huge, detail-oriented world with intriguing quests. Bethesda’s post-apocalyptic open-world title then got the virtual reality treatment in 2017, complete with motion control shooting and full VR tracking. Even better, the virtual reality version is more ambitious than Fallout 4 original, making it a must-have for gamers with Valve Index or HTC Vive.

An amazing remake of the classic horror game, Resident Evil 4 VR was designed for the Oculus Quest 2. You will be armed with a knife, a gun, and other tools collectible along to the game, in a mission to fight parasite-infested monsters and brutes trying to rescue the U.S president.

The game comes with a huge array of options that leaves you amazingly frightened. Its immersive controls are great and the game’s storyline is enough to get your heart thumping.

Ever dreamt of piloting a spaceship, mining asteroids for minerals, and collecting bounties? Elite Dangerous VR gives you that chance in spades, with complex systems and controls that are necessary to bring this concept to life.

Minecraft is officially the world’s most popular block-em-up game now available in virtual reality. The game’s Windows 10 edition is playable on the Oculus Rift and the Oculus Quest headsets through Air Link. As such, you can test out your creative skills in building everything from the simplest homes to grand castles in virtual reality.

As your music plays, the game generates several patterns with color-coded blocks that you need to click on your screen using the correct controller. Some obstacles also appear sometimes and you need to slide or duck. The game is definitely worth exploring if you love motion and music.

Which VR Games Should You Choose?

Choosing the best virtual reality games comes down to preference. Only the player can know whether they’re looking to enjoy space exploration, mystery puzzle games, or shooter titles. However, while all the games on this list are incredibly entertaining for players, you need to ensure that the games you pick are compatible with your VR system.