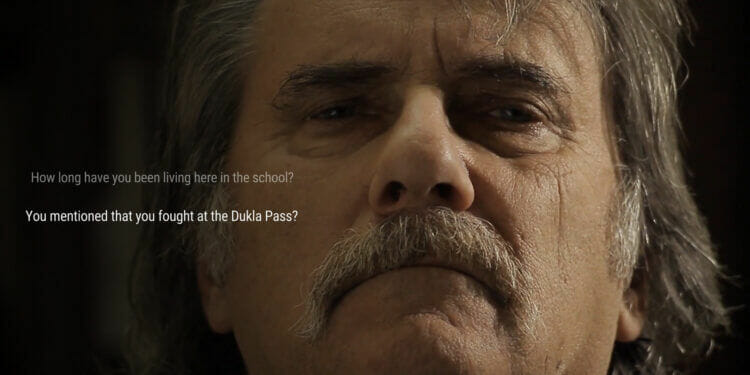 History is messy. The generational trauma that violence and war bring is excruciating. At times, it may seem hard to escape. Svoboda 1945: Liberation addresses these themes using a creative mix of full motion video, comics, and gameplay. FMV games are sometimes thought to be an aging relic of 80s and 90s gaming. However, the team at Charles Games have really utilized the format to create an intriguing peak at Czech history.

Svoboda 1945 takes place in the town of its namesake. Located on the border of the modern-day Czech Republic and Germany, it is a town with a turbulent history. You play an employee at the Czech Heritage Institute visiting the village. A local historian and teacher is seeking landmark status for an old schoolhouse. 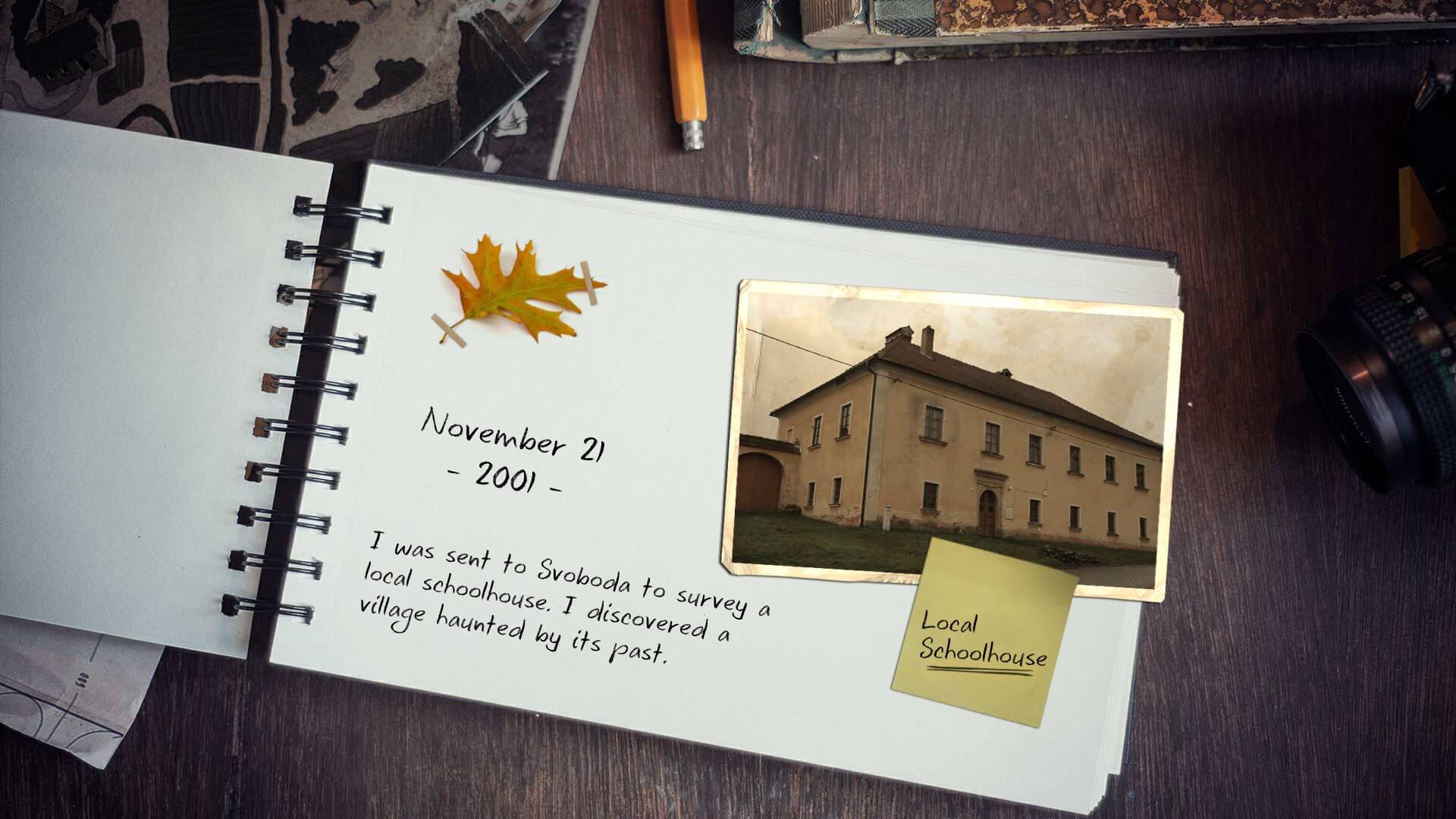 When you arrive, you meet many residents and visitors to the village. As you talk with each of them, you learn they all have very different feelings about the schoolhouse. Which, given the context, makes a lot of sense.

Svoboda is located on the border of Germany and the Czech Republic. During WWII, it experienced the pains of being occupied by Nazi Germany. After WWII, German citizens were forcibly moved from the area. This time period is known as the “wild expulsions” due to the often violent means undertaken in the process. And, after the Soviet Union took over in 1948, it experienced many other radical changes under Soviet policy, including collective farming. 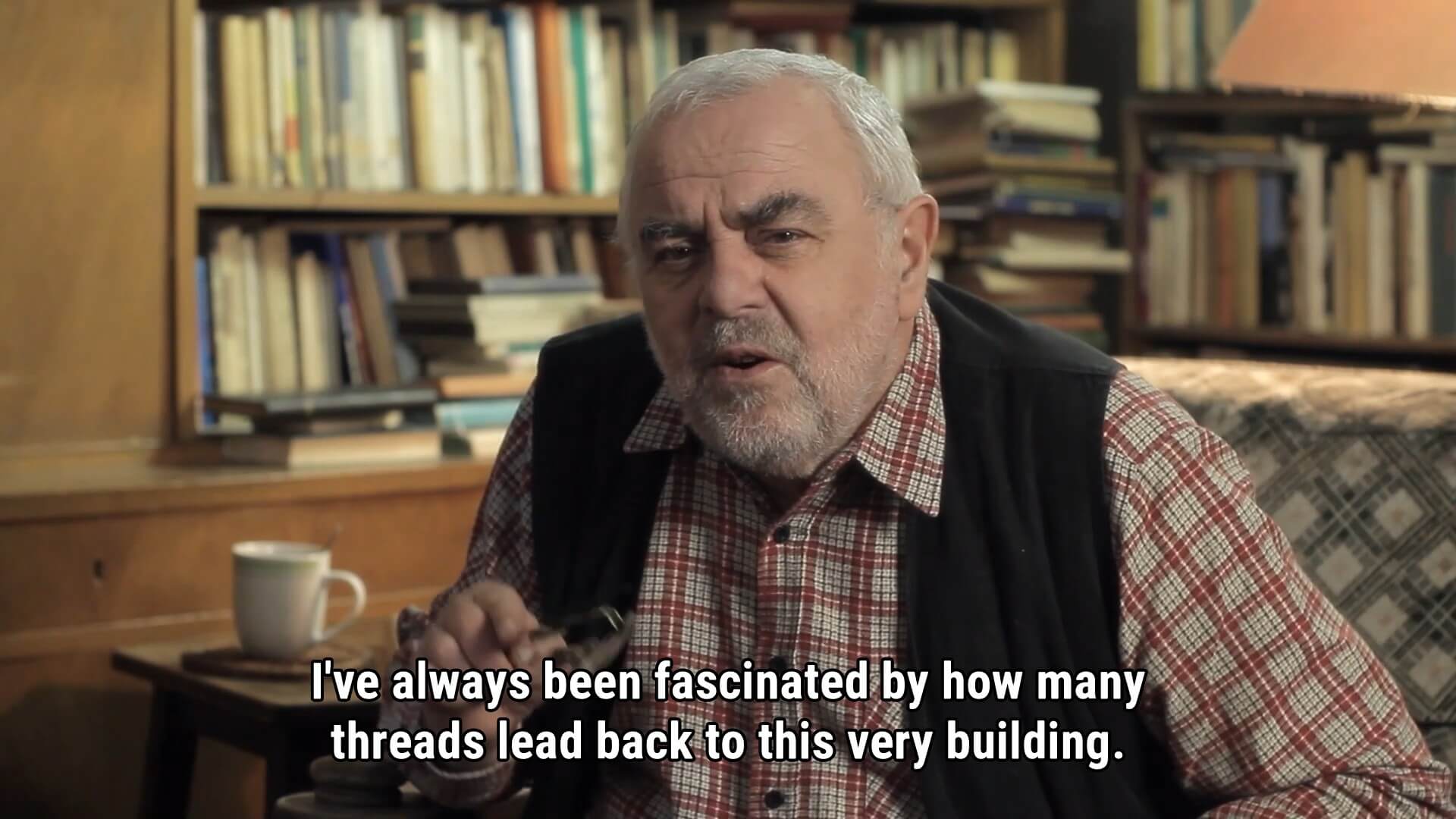 With all of these major political changes and catastrophes occurring, the town of Svoboda acts as a microcosm for the emotions, pain, and trauma surrounding WWII and the events that resulted from it. The townsfolk carry these emotions from long-ago into the modern-day. The pain of the past carries on. This is what Svoboda 1945 explores at its heart.

Charles Games does a great job of making sure no character quite feels like the “bad guy”. Rather, as you explore and read, you learn that everyone holds their beliefs for pretty valid reasons. Their and their families’ relationship to the schoolhouse and its history is deeply personal. Based on all of these intimate testimonies you collect, you need to make a choice about the schoolhouse’s status as a historical landmark.

Despite being deeply entrenched in historical fact, you do not need a background in history to enjoy Svoboda 1945. The writing and gameplay do a great job of contextualizing this portion of Czech history. This makes perfect sense as the Institute of Contemporary History of the Czech Academy of Sciences helped create the game. Additionally, important historical events and tidbits trigger a clickable menu where you can learn more about it. This helps players contextualize what is being described without interrupting the narrative. It also lets players who may be more familiar with the subject skip reading about an event they are already well-acquainted with.

Charles Games has masterfully created a piece of historical media that you can start with any level of background knowledge. Personally, though somewhat familiar with Eastern European history, I found myself learning a lot about WWII and post-WWII Czech Republic. Honestly, I’m surprised this is a feature in a museum. The depth in which you can dive into the history can be as shallow or deep as the players wants.

As stated earlier, Svoboda 1945 utilizes FMV well. It breathes life into the history it is exploring. Instead of the events that occurred in the village being a list of abstract facts, they are real things that have caused real emotions. We get to see the conflicted emotions of the townspeople as we ask questions and explore their relationship to the schoolhouse.

These FMVs are fully-voiced in Czech. This was a great decision from Charles Games, as it really brings to life each and every townsperson. In general, the sound design and soundtrack are perfectly serviceable. However, the acting is great and really helps take this VN to the next level.

Interspersed between these well-acted FMV clips are historical clips. This works to further immerse the player, as well as show the reality of WWII and post-WWII Czech Republic. 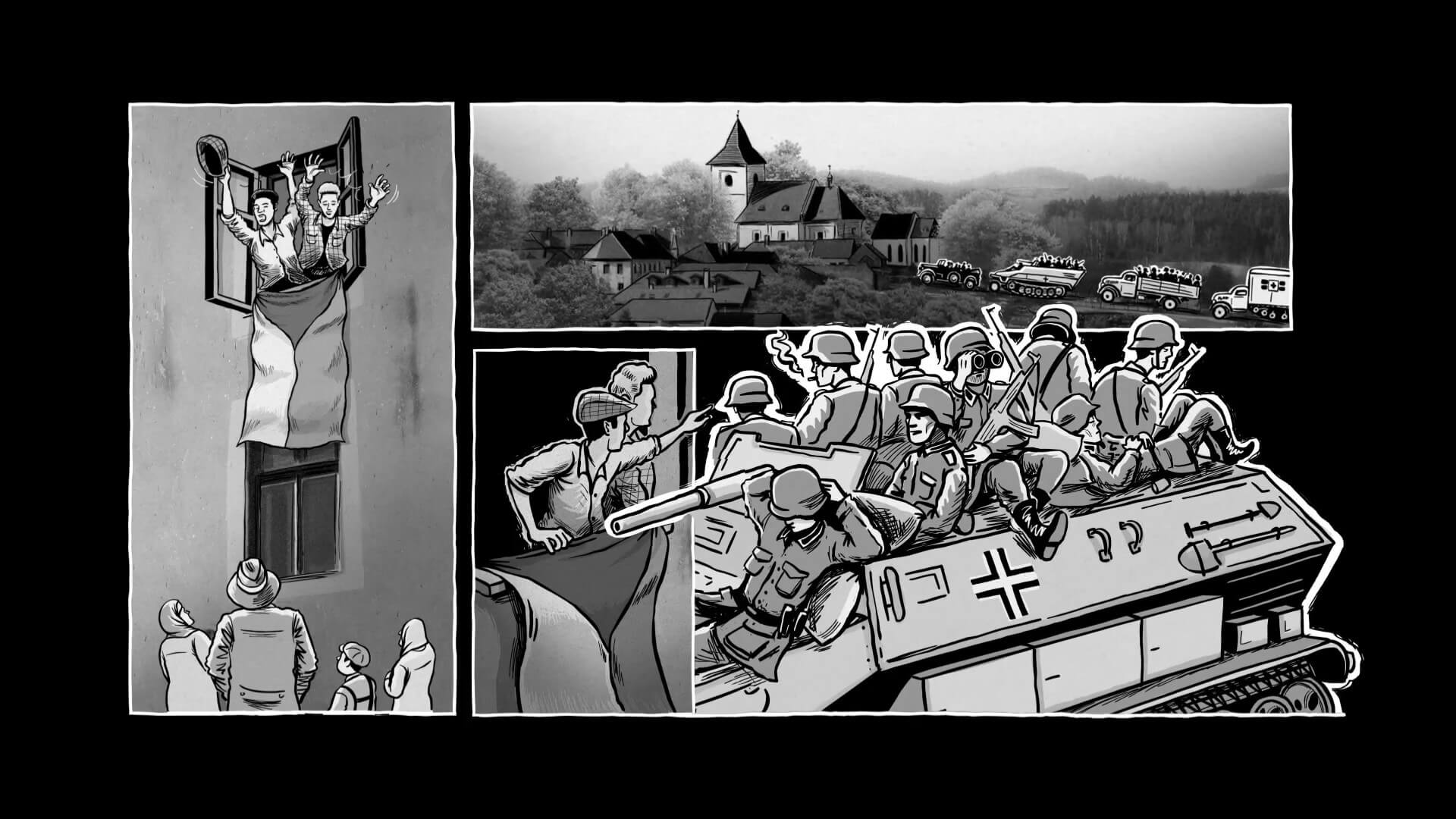 However, instead of feeling like a series of unrelated video clips, the game includes comics and mini-games to keep players engaged. Whenever a townsperson reflects on the history of the town, the game flashes to a series of comics. I found the comics especially charming, both aesthetically and as a narrative device.

Occasionally, these flashbacks include a minigame. These minigames contextualize the events being described. One I found especially powerful was the inclusion of a farming simulator. Svoboda 1945 uses the farm simulator mechanic to illustrate the effects of collectivized farming on independent farmers in the Czech Republic. 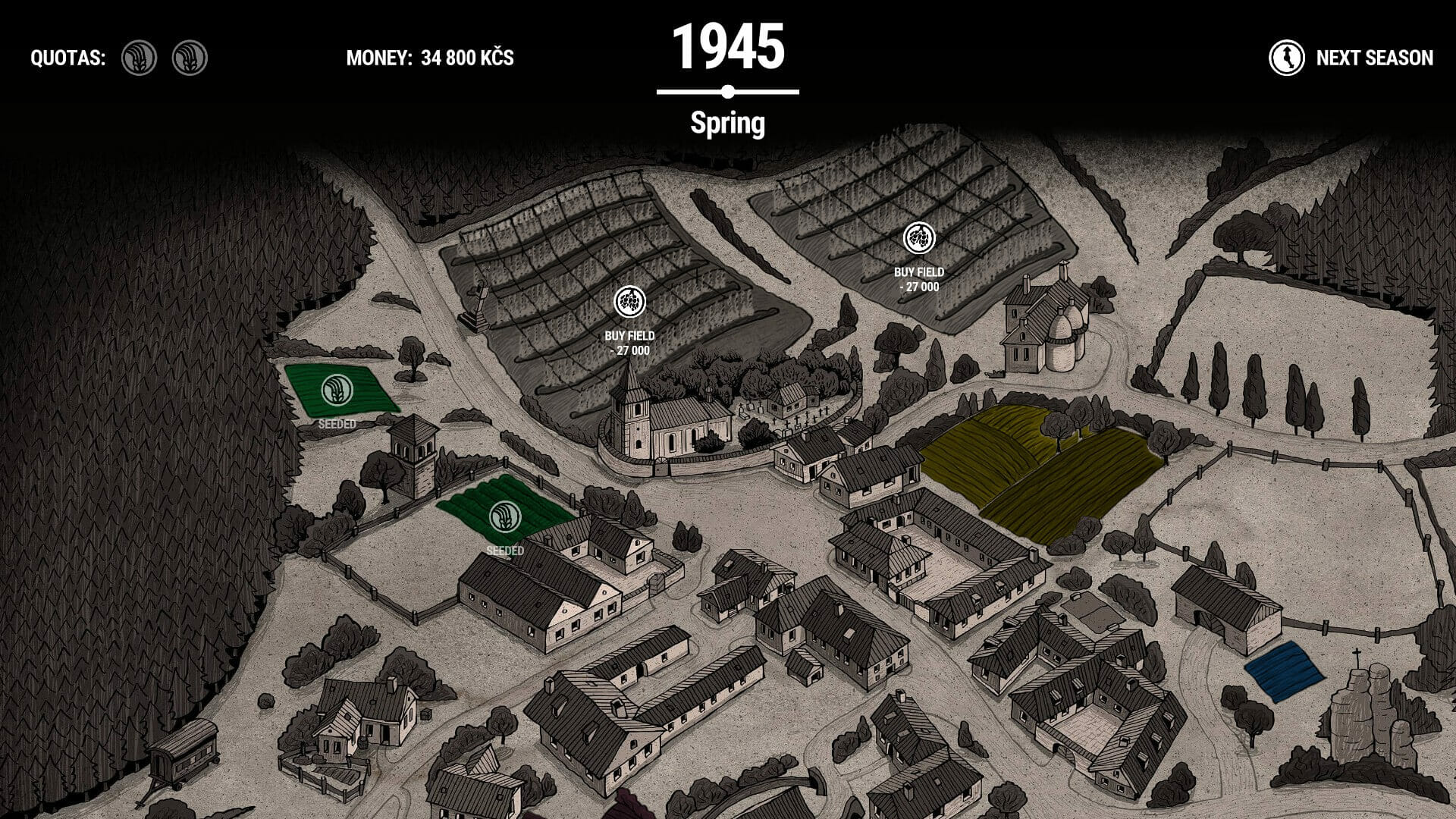 Interspersed between the FMVs, comics, and minigames are “primary documents”. Players get to click and explore these documents. This adds more life and context to a game already brimming with it. These moments helped immerse me in the game. For a moment, I truly felt like an investigator trying to to make a judgement on the historical status of this seemingly innocuous schoolhouse.

Overall, the game plays well. Enough so, at least, that I had moments of immersion. However, there were a few glitches that I ran into. One of which was in post-game content. While exploring everything I missed, I got stuck in a loop where I was unable to continue to explore the remaining areas of the game. As I had already beat the game, this wasn’t game-breaking. However, it was a little disappointing. That said, I hope (fingers crossed!) to see a patch for this game, as I feel like it is likely an easy fix.

As an avid VN reader, something that can feel like a sludge is replaying games to find alternative endings and dialogue options. Because of this, I was a little disappointed when I had “beat” the game without any warning. There were still people I wanted to speak to! There were still places I wanted to visit! 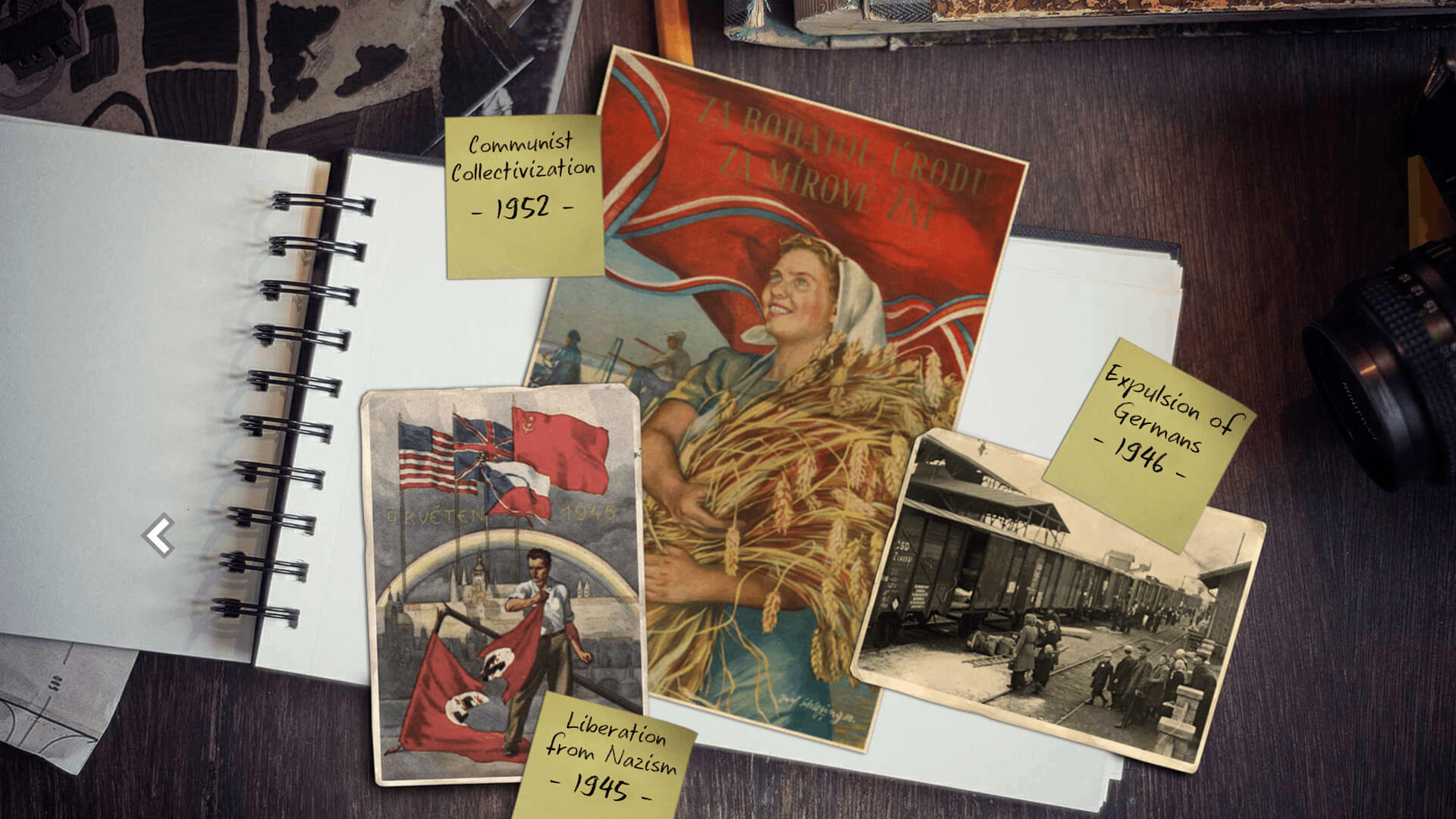 Great for Historians and More

All in all, I think Svoboda 1945 does what it sets out to do – create a VN to explore Czech history. Though there were a few glitches, it is overall well-made. I had a great time playing it and really felt like I learned a lot. It would not surprise me in the least if this game found its way into a museum or classroom in the next few years. It is that historically rich. Given the content, it is likely a little too niche for some folks. However, if you’re even vaguely interested in WWII and post-WWII history, it is absolutely worth a play.

This review is based on a key provided by the developers

Svoboda 1945: Liberation is a Czech VN that tackles a difficult subject: WWII and post-WWII life. That said, it is done well. The heavy historical topic may be a bit too obscure for some players, but for those who are into it - this game will be beloved!

The Positive Aspects Of Game Marketing