by Trevor Kincaid
in Opinion, Other
Reading Time: 3 mins read
1 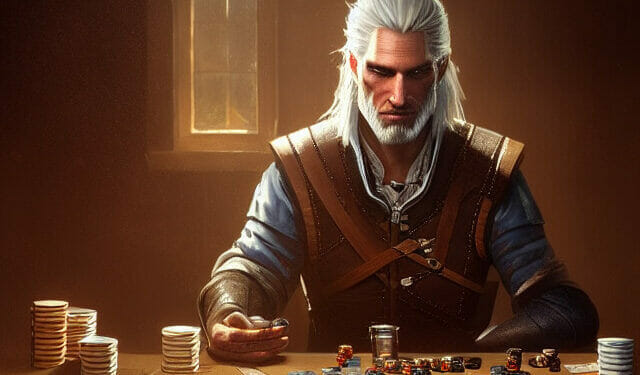 Casino games are one of the most popular video game genres. So every once in a while, game developers will combine the two to create an explosion of fun where gamers can enjoy the main storyline and cool off with a few hands of poker, of course if you want to gamble for real you can also visit online games that are made for gambling like the online casino no deposit bonus keep what you win which is a perfect option for this. From exclusive card games to fully equipped in-game casinos and casino mini online games, the world of gambling is well-established in video games. Here is a look at five titles that mesh these two worlds perfectly.

Launched in 2015, The Witcher took the world by storm, becoming the most popular release of that and other years. The Witcher 3: Wild Hunt features immersive gameplay that perfectly combines adventure, action, and an intricate storyline. But within all the action is a card game- Gwent- popular in its own right. Gwent is an in-game card game that allows you to gamble and earn points you can use in the main storyline. You build a powerful deck of cards and win about two or three rounds of the game. While it may take a while to familiarize yourself with the rules, Gwent is worth all the fuss. It is so popular among poker lovers that a campaign saw it released in a mobile version as a standalone title.

Fallout: New Vegas was developed by Bethesda as a spinoff of the Fallout Franchise. This highly engaging Action RPG is set in a post-apocalyptic Las Vegas, where you can slash around and fight enemies. But, when the action is too much, you can walk into one of the casinos and enjoy a few rounds of gambling. High rollers will want to visit Tops Casino, Ultra-Lux, or Gomorrah, while players looking for a fast win can enjoy Vikki and Vance or Free Side’s Atomic Wrangler. Here, you can play blackjack, roulette, slots, and more. You can also play the exclusive card game, Caravan.

Arguably one of the most popular releases of the GTA franchise, GTA San Andreas, is brimming with casino action. The game offers a fictional take on Las Vegas, San Francisco, and Los Angeles, which are called Las Venturas, San Fierro, and Los Santos within the storyline. Las Venturas is home to multiple casinos, which were previously closed to players but have since been opened. Here, you can take a break from the drama in the streets to play a few hands of blackjack, some roulette, slots, and poker. You can even head over to the racetrack for some horse race-betting action.

Red Dead Redemption is backed by millions of fans in the gaming community. But while most of this adoration can be attributed to the complex storyline and Wild West theme, the gambling mini-games in the title also have a sizeable fan base. These games, which are mostly dice-based, take place in Texas-style saloons in line with the main theme. You can play poker, blackjack, and other classics and even win incentives like in-game cosmetics, weapons, and more.

You may start playing Kingdom Come: Deliverance for the melee combats and archery battles, but you will stay for the casino mini-games. The medieval action adventure allows you to play as henry in 15th Century Bohemia, battling enemies of all kinds. But when the action becomes too much, you can enjoy the in-game dice game Farkle. You can bet and roll as often as you want before returning to combat.

Open-world online games like Fallout: New Vegas and GTA San Andreas emulate cities where gambling is all the rage. So it only makes sense that they will feature mini-games that allow players to enjoy some casino action. Whether you prefer the classics or would like to try exclusive card games, these five video game titles provide the ultimate online gambling experience.

Is There a Casino in the Metaverse?