An unpolished return to form

The Council Episode 3: Ripples improves upon episode 2‘s puzzle-centric dullness, but it doesn’t come without its blemishes. The Council‘s first episode introduced us to its uniquely RPG-inspired conversations and traits systems replete with immunities and weaknesses. Episode 2 continued to branch the interactive narrative forward, but with so many puzzles, replayability took a back seat. Ripples improves upon Episode 2’s dullness, but with even more technical issues than usual, the team might want to spend an extra 2 months each on the final episodes. With such unique systems and a strong start, it’d be a shame to end on a whimper. 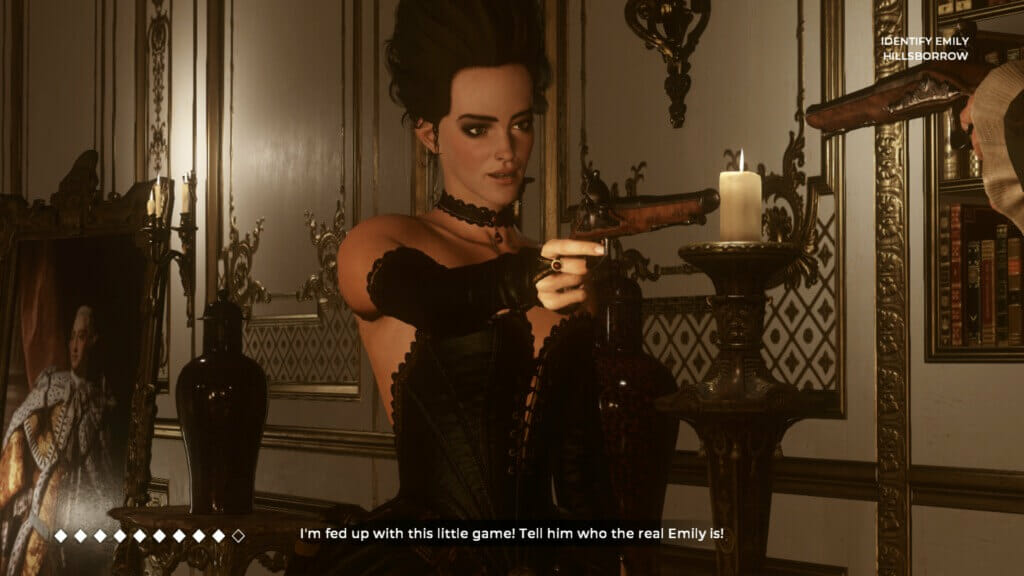 Neither of the first two episodes ran well. The game looks horrible with horrid performance to boot. While it was once oddly endearing in a way, Ripples pushes the game’s lack of quality control to a worrying extent.

The Council‘s continued technical descent is worrying. It even crashed on me for the first time for this review. It started off acceptably, adding to the game’s campiness, further aided by under-delivered voice acting. Now, though, it’s clear that Big Bad Wolf needs to cool it.

Episode 2 ended on a dramatically different note during both my save files. My main file ended with a crazed Sarah confronting Louis. The second file ended with a faceless character walking into the crypt, and stepping on a branch, before the scene faded to black. Does Ripples‘ opening add a meaningful through-line from that ending?

Not really. The mysterious person that snuck up on Louis’, without naming names, felt like he/she didn’t belong in that scenario. After playing through both files back-to-back, Episode 2’s Sarah ending felt canonical. The other ending had promise, but the character’s appearance in that scene had no bearing on later events. It’s one of the few times The Council has blatantly worn its seams.

Luckily, most of Ripples‘ 2 hour run-time veers more closely to The Mad Ones than Hide and Seek. The only puzzle shows up at the very end, leading to another exciting cliffhanger. One whose overreaching consequences, for the time being at least, appear to be the most substantial thus far.

Episode 3 lacks much of a tangible plot-thread unlike the last two. Ripples largely consists of Lord Mortimer and his guests engaging in group meetings to discuss the state of each of their respective countries. It’s a delegation, but with more intrigue, deception, and charmingly groan-worthy performances.

When the guests aren’t discussing the politics of vying for control over the state of Louisiana, Louis continues to mingle, learning more about people’s motivations and personalities. He even gets to weigh in on debates. Considering spoiler-infused revelations that come to light during this episode, choosing sides is more difficult than you’d think.

Jacques Peru always seemed like the most obnoxious and one-note character until now. After finding him perched on his balcony, I understood him more. After a lengthy discussion whereby he subtly hinted at things without explicitly painting them, I more readily empathized with his vicious outbursts and confrontational attitude. He’s got more of a righteous morale compass than many of the characters, making him a more intriguing specimen to look out for moving forward.

This optional character-defining moment marked exactly what makes The Council so special. It’s about people, conversations, relationships, and character progression. No game in this industry attempts to balance such a rich mix of eccentric characters and gameplay systems that directly feed into dialogue and problem-solving. 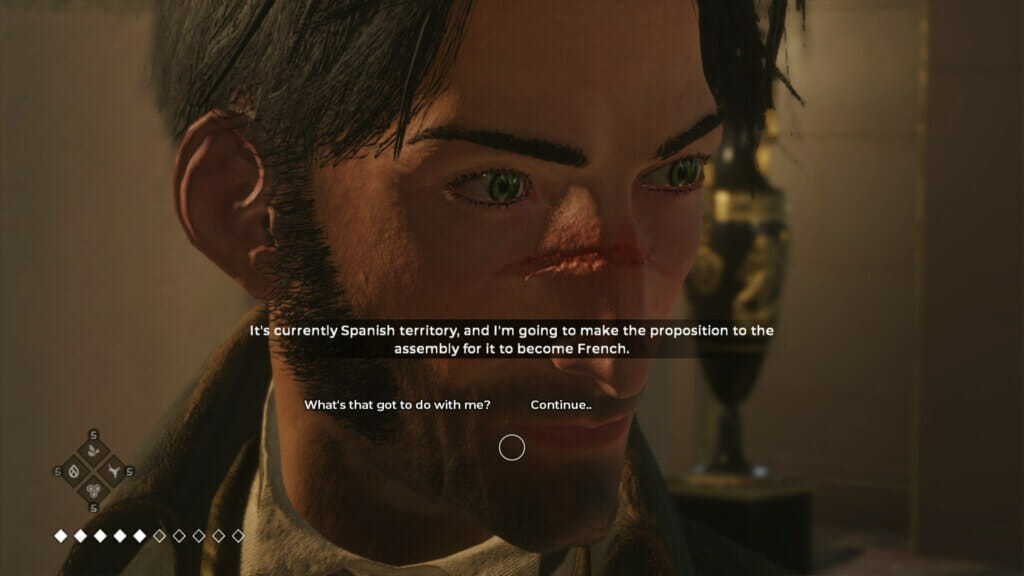 With a meandering plot that allows a lot of breathing room for characters to chill out, The Council Episode 3: Ripples edges closer to its strong start. Also, as the shortest episode to date, it’s densely packed with major decisions that need proper through-lines in The Council‘s final acts. Provided Episode 4 spends more time in development, Episode 3 is an acceptable middle-point.

Reverting back to its strong character-driven focus along with absurd revelations, Big Bad Wolf is quickly becoming a studio worth your attention.

More unpolished than usual, but it still delivers where it counts. If you found Hide and Seek disappointing, Ripples brings The Council back up to speed.

PAX Australia 2017 - Photos From The Floor