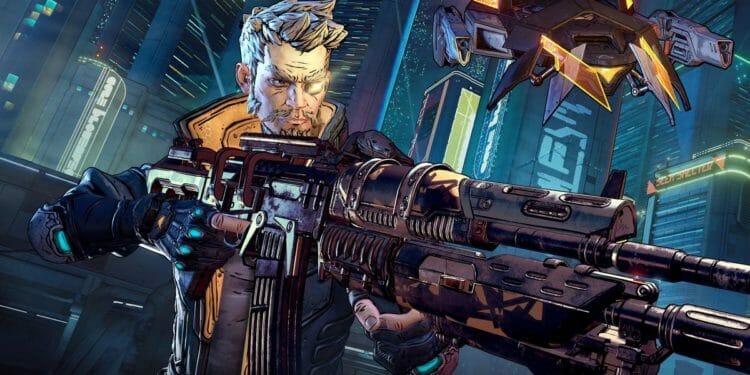 E3 2019 is here, and all the latest and greatest games will be showcased at the trade show that is the highlight of the gaming year. In this article we’ll look at few games we expect to see there this year. If you’re ever interested in sports betting, check out freetips.com for the best ways to do it.

This game has already been fully revealed to the public and is scheduled for a release on September 13th. At E3, they will be showcasing some of the areas that are not located on Pandora for the first time. Randy Pitchfork, the CEO for Gearbox, has indicated that we will be getting a look at a new vault hunter, and another look at a new planet too. As Sony aren’t attending E3 this year, then this will probably be demonstrated as part of a Microsoft Xbox conference or maybe a PC show. With such an expansive open-world game as this, it is going to be hard to see a lot of this game in a short space of time, but hopefully, it will be all good.

Square Enix, the masterminds behind the Final Fantasy series, had previously announced that they were working on the Avengers project, for which they recently revealed the final name for as ‘Marvel’s Avengers’. There will be a panel to discuss the game, at E3, which has been described as an action-adventure single player game with cooperative elements. It also features ‘continuous’ gameplay whatever that means. It is, however, safe to say that this will be one of the most prominent features at E3.

This is another title that is eagerly anticipated, and some footage from the gameplay has already been released. Created by the team that made The Witcher 3, CD Projekt Red, although this title goes in a different direction to that seminal classic, it still has the potential to equal it for greatness. As well as it’s futuristic setting and gameplay that revolves around gunplay rather than swordplay, it is a first-person shooter affair, so slightly different. We are still waiting on a release date, though it is still unlikely to be announced at E3, it would be great if it were. It is doubtful that it will be released this year, but we can always hope.

Watch Dogs 2 was a massive leap up from Watch Dogs, and moved the setting to San Francisco and upped the humour quotient. This hackers versus the world game is looking to be set in London, which would be a great place to have fun in, a la Forza Horizon 4. It is a blend of stealth and action with a lot of problem-solving thrown in. The fact that the game is called Legion so there is the expectation that players will be able to control a multitude of different characters.

While EA will not actually be at E3 this year, they do hold their own conference at the same time called EA Play, and it is expected that they will be announcing a massive load of their own games, expect updates to their standards Fifa, Madden, NHL etc.

How to Play The Best Retro Games in 2019