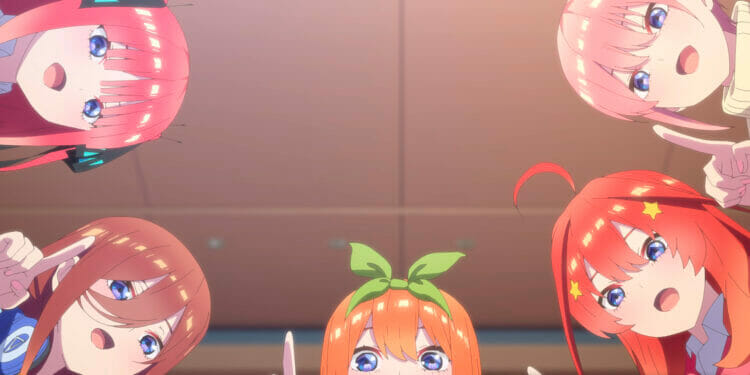 Crunchyroll recently announced that tickets are on sale for the romantic comedy The Quintessential Quintuplets Movie in English-speaking territories including Australia, New Zealand, the United Kingdom, Ireland and North America. The film, coming to theaters in the above-mentioned regions beginning on December 1, will be available in both English dub and subtitled. Tickets and additional film information are available at the official website. 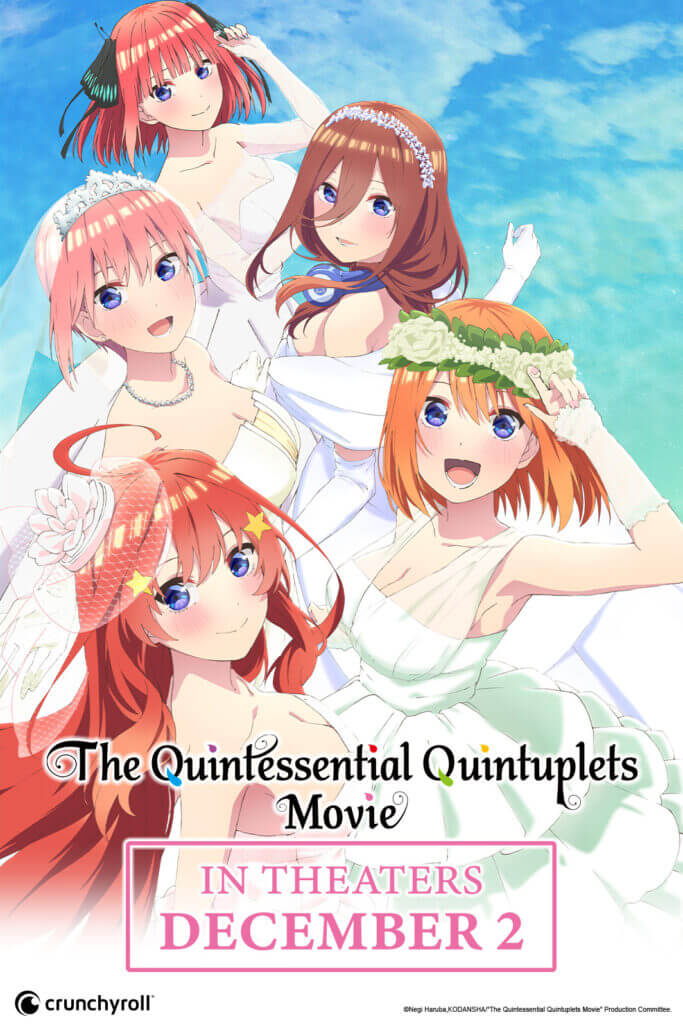 The Quintessential Quintuplets Movie is the highly-anticipated conclusion of the popular romantic comedy that follows five lovely young girls who hate studying and hire part-time tutor Futaro. He guides not only their education but also their hearts. The first two seasons of the series are currently streaming on Crunchyroll.

Theatrical release dates for the above-mentioned territories include:

December 1 in Australia and New Zealand
December 2 in the U.S. and Canada
December 7 & 8 in the U.K. and Ireland

Since the manga was introduced, “The Quintessential Quintuplets” has soared in popularity with fans around the world eagerly following the adventures of five sisters all trying to catch the eye and hand of Futaro. The manga which launched in 2019 has sold over 16 million copies in 2022. In May 2022, The Quintessential Quintuplets Movie was released in Japan and grossed over $16.4 million at the Japanese box office. The film was also nominated in eight categories for the 2022 Newtype Anime Awards including Best Picture.

When five lovely young girls who hate studying hire part-time tutor Futaro, he guides not only their education but also their hearts. Time spent has brought them all closer, with feelings growing within the girls and Futaro. As they finish their third year of high school and their last school festival approaches, they set their sights on what’s next. Is there a future with one of them and Futaro?

The Quintessential Quintuplets Film Will get New Key Visible, Tickets Now on Sale - Up To Date Gamers

The Quintessential Quintuplets Film Will get New Key Visible, Tickets Now on Sale - Gamers vs Games