Living out a Quicksilver fantasy without all of the fun 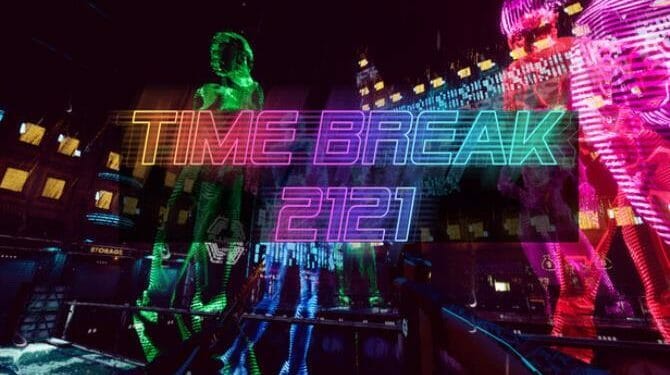 Considering how popular SUPERHOT was/is, it’s odd that so few games have followed its unique design. The idea of manipulating time with movement has been seen occasionally, but I can’t recall anything in the shooter genre. After playing Time Break 2121, there may be a good reason for that… 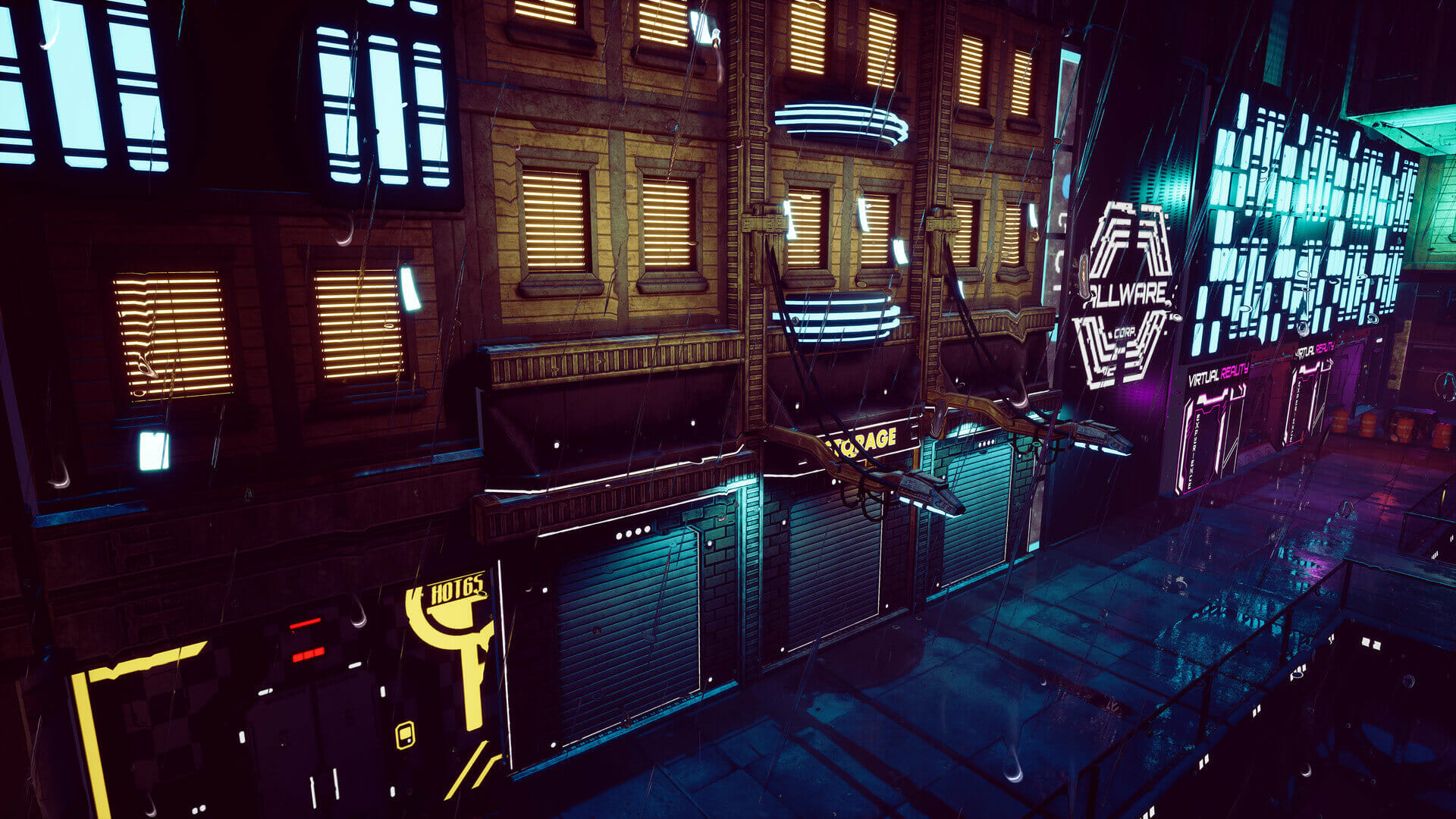 First and foremost, I’m going to be making some direct comparisons to SUPERHOT here and I think it’s justified given the design of Time Break and the developer’s reference to it in the game description.

The core design behind Time Break is that, rather than time moving only when you move, time is slowed when you move. When you stop, things move at a normal speed. On paper and in the trailer, this seems like a fun concept. The idea of constantly moving and keeping a frantic pace almost gives the game an arena shooter-like feel. Dodging the slow-motion projectiles is reminiscent of dodging rockets or plasma balls in Unreal or Quake to a certain point. However, the execution of this interesting concept leaves a lot to be desired. 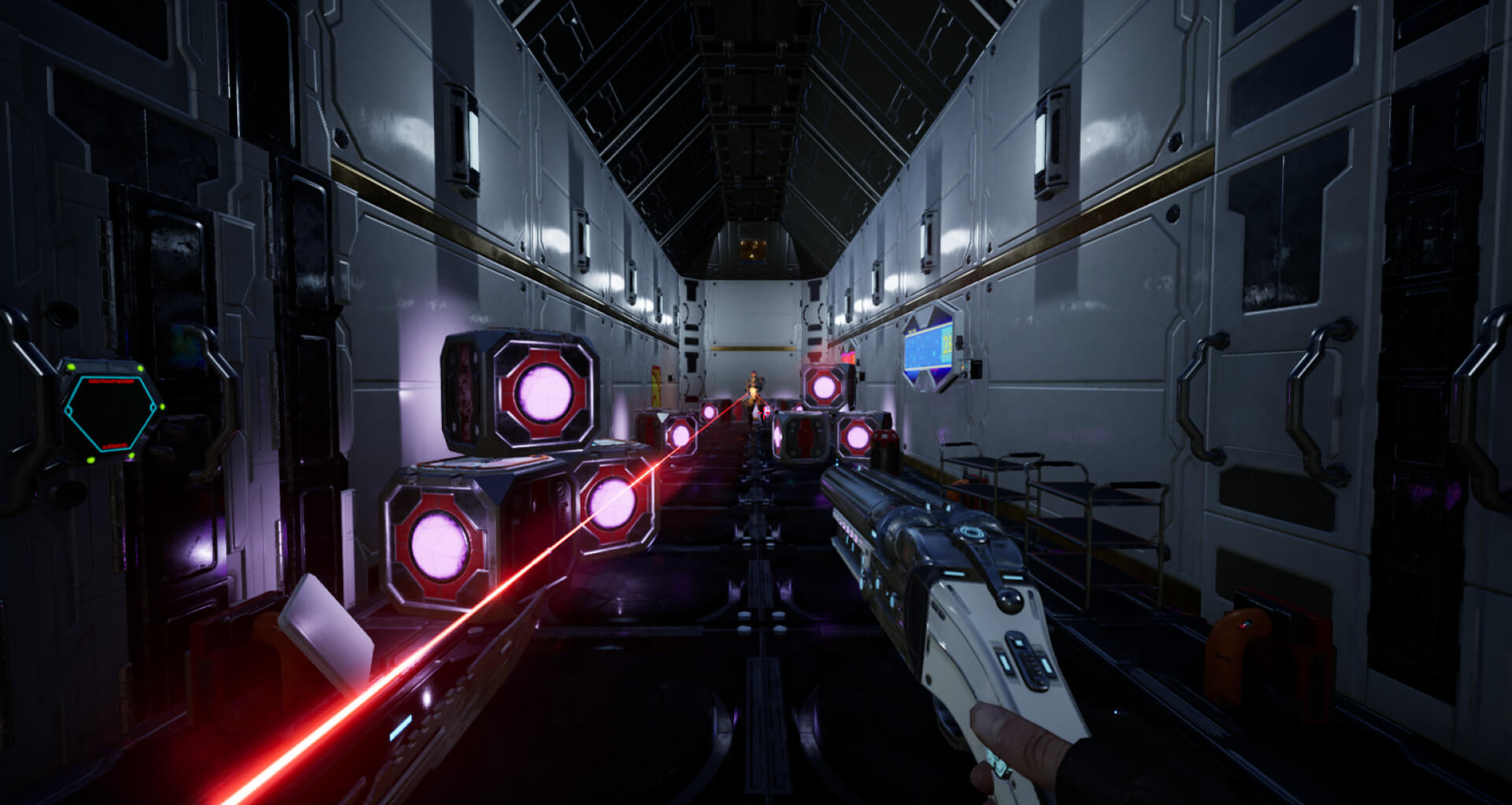 Time Break 2121 has so many rough edges it feels like an alpha build. The first most obvious problem is that there are no settings for mouse sensitivity. I’ve never played a first-person shooter without that as an option. There are two option buttons, both of which bring you to the same graphics options screen, but neither has a sensitivity control. I could adjust my mouse sensitivity, sure, but it’s just a weird thing to omit.

Another rough area is in the level design itself. Sure all of the quasi-futuristic alleyways of Bad Guy City are nice to look at Unreal Engine does its job of looking pretty nice – which is a far cry from SUPERHOT’s stark white walls and solid red blobs of enemies. Yet, between the ultra-dark zones and the neon lights of the backgrounds, it just becomes a mess. Toss in a couple of dozen slow-motion bullet trails and you’ve suddenly lost your ability to discern where threats are – compromising the point of the game. Then on top of that, the very nature of a cityscape is for it to feel natural… and these levels do not. They feel like hallways leading to open areas to establish the challenge. Why even use a city if you’re going to make it feel like a test level?

The biggest polish area that bothered me in this is in the animation department. You’ve got a knife attack at all times and it’s probably one of the best ways to take enemies out considering how slow your shots go (you can easily outrun them). However, the knife attack is just an awkward flick of the blade that makes it extremely difficult to tell if you’ve even made contact with the enemy. I would often end up slashing multiple times right next to someone and still not hit them because of the weird animation and hitbox issues.

In addition to all of that, when you come close to enemies, rather than turn themselves or the gun toward you, they would often just shoot bullets at extreme angles out of their weapons. It would be extremely frustrating to move in on an enemy dodging bullets the whole way and right as you’re about to attack them, a bullet comes out of the gun at a 60-degree angle and kills you. 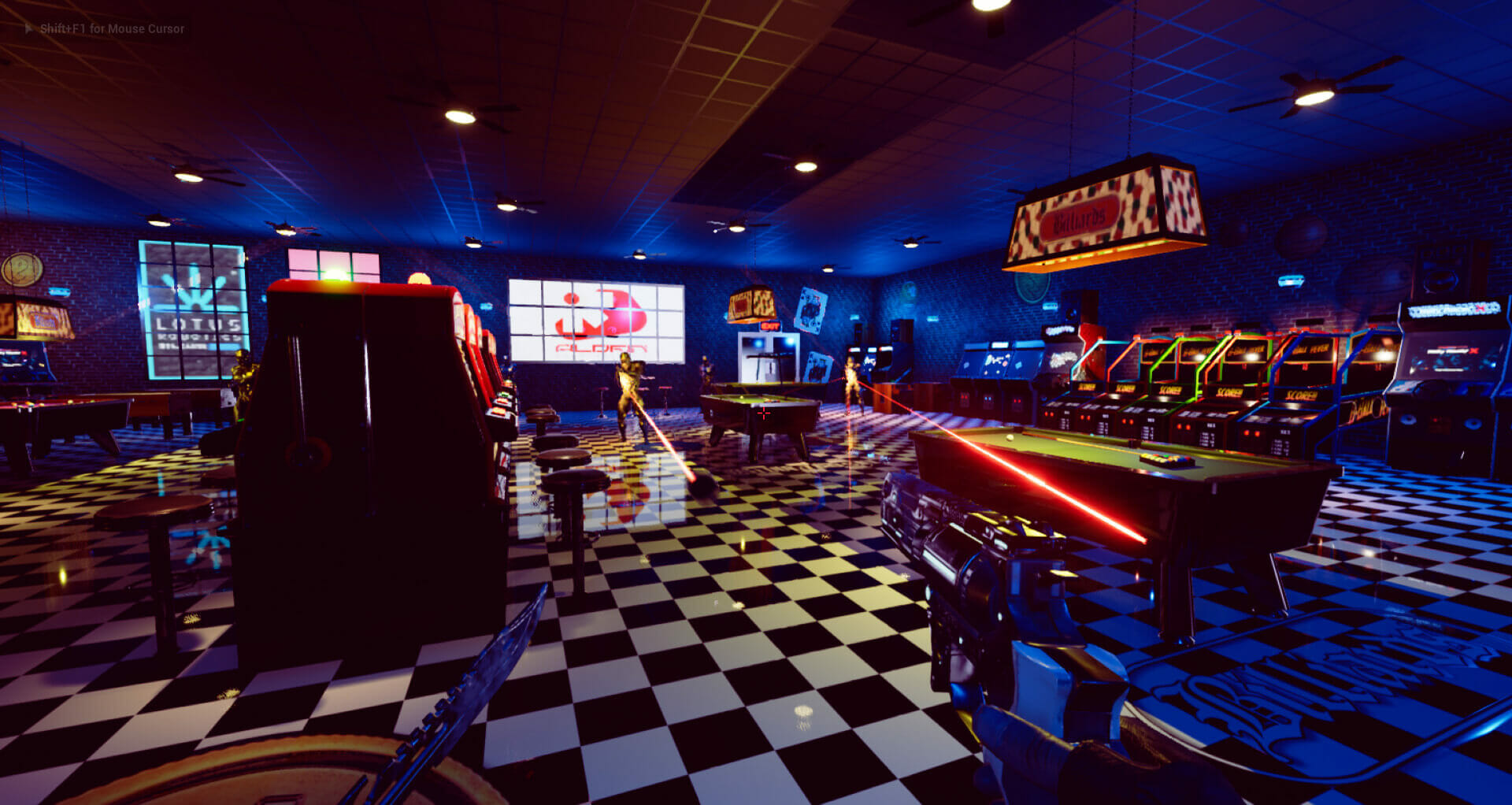 Ok, but what else?

There were a handful of times where Time Break 2121 felt decent. Sometimes everything would come together and I’d race around a room shooting and stabbing like some weird crazed lunatic and say “neat”. Other times after failing a relatively long level multiple times, I’d finally do exactly what I needed to do and get a little pang of adrenaline as I got through the last bit. When things worked and the wet blanket of odd design and clunkiness wasn’t thrown over the game, it seemed like the premise worked as a game.

I don’t think that Time Break 2121 is a lost cause. It has the potential to be redeemed and turned into a game people might enjoy. It needs a load of polish, some better lighting, and some bug fixes to get there, but it might be worth picking up on sale in those conditions. At the moment, $20 isn’t even worth consideration. If you can get it in a bundle or for a couple of bucks, it’s probably worth trying for the novelty of a neat idea, but if you want a unique first-person shooter experience involving time manipulation, stick to SUPERHOT. 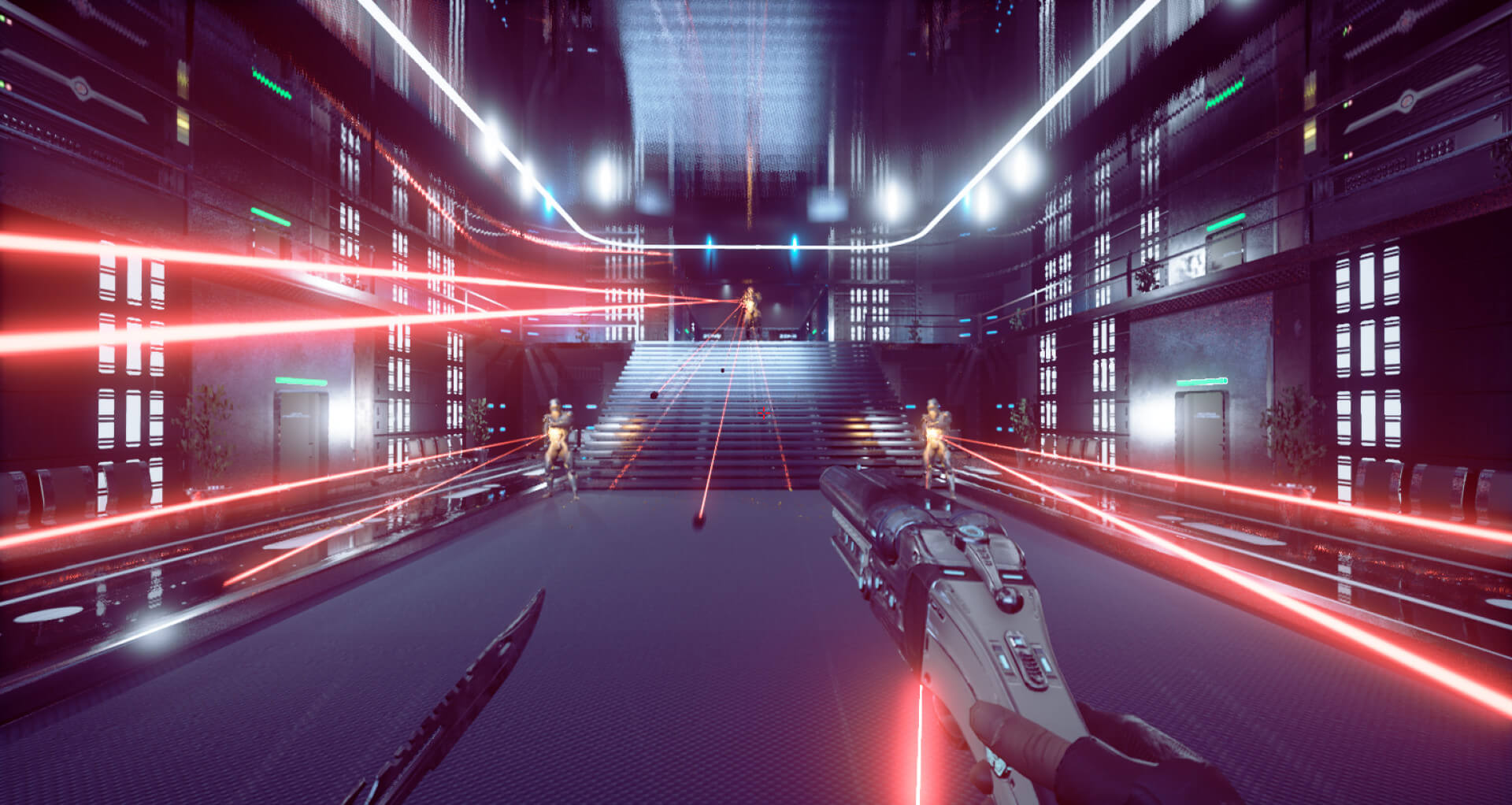 Time Break 2121 has a premise that immediately brings to mind SUPERHOT, but it lacks any of the polish of fluidity of that game. It has potential, but little is worth playing at the moment.

“IT Chapter 2” Review: Too Much Clowning Around