There was news that Mel Gibson had been brought into early talks to direct the upcoming Suicide Squad sequel. Now, personally I felt Suicide Squad to be a big let-down that had potential, with the right script and, more importantly, the right director. Now whether Mel Gibson is to go ahead and direct SS2 remains to be seen, but to me, I believe he won’t (Update: Turns out James Gunn was given the job!). Unless, that is, the script is top notch–but I’m doubtful. However, this type of news always floats around the web and the names that often come up are interesting if not a little surprising. I’ve come up with my top 5 directors whom I’d love to see make a comic book adaptation. 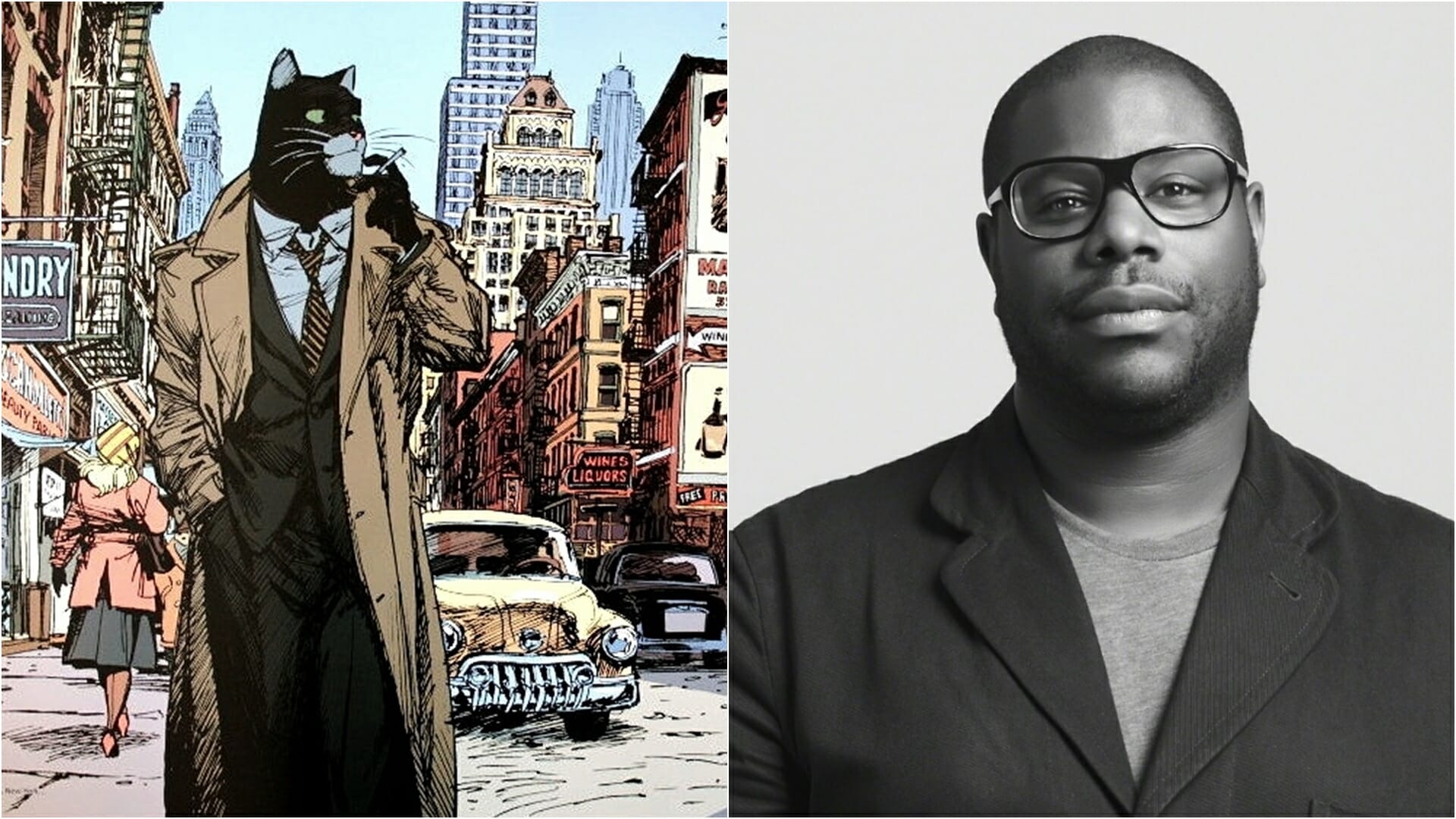 Blacksad is a renowned comic series that deals with the trials and tribulations of one 6ft Black Cat who’s a brilliant private investigator. Centered in New York around the 1950’s, Blacksad is a lovingly crafted series that plays out like a sophisticated noir film. Steve Mcqueen helms a strong sense of storytelling through visuals and spoken narrative structures, with great cinematography, dynamic characters, and engaging themes.

Blacksad deals with racial hatred, social injustice, and displays extreme, gut wrenching violence that puts you on edge. There are two stories that come to mind that would be perfect for Mcqueen to adapt, either the highly intense Artic Nation or A Silent Hell where both stories engage in racial hatred and pressuring themes on violence and depravity. It would be a fitting comic adaption for the time, considering it’s themes and subject matter would prove important for so many reasons. Also I think Denzel Washington would do a great voice over.

Top Cow never seem to get much recognition, it seems, aside from one video game adaption of The Darkness. Now between some of their most popular series, including heavy weights such as Witchblade and Fathom, there’s really only one real contender. The most thought provoking and epic series Top Cow brought us invokes surrealism, modern day politics, and themes of identity mixed in with extreme violence, action, and sexiness. This would be perfect for none other than the man who brought us the sci-fi noir masterpiece Blade Runner, Ridley Scott.

Ridley would be the perfect person to recreate the world dominated by the green-haired, cunning, and extremely violent assassin, while approaching themes of identity, corruption, and abuse. He’d do all this with grace and maturity. Aphrodite IX could possibly play out like a beautifully crafted, dark-as-hell noir with action and sci-fi elements. 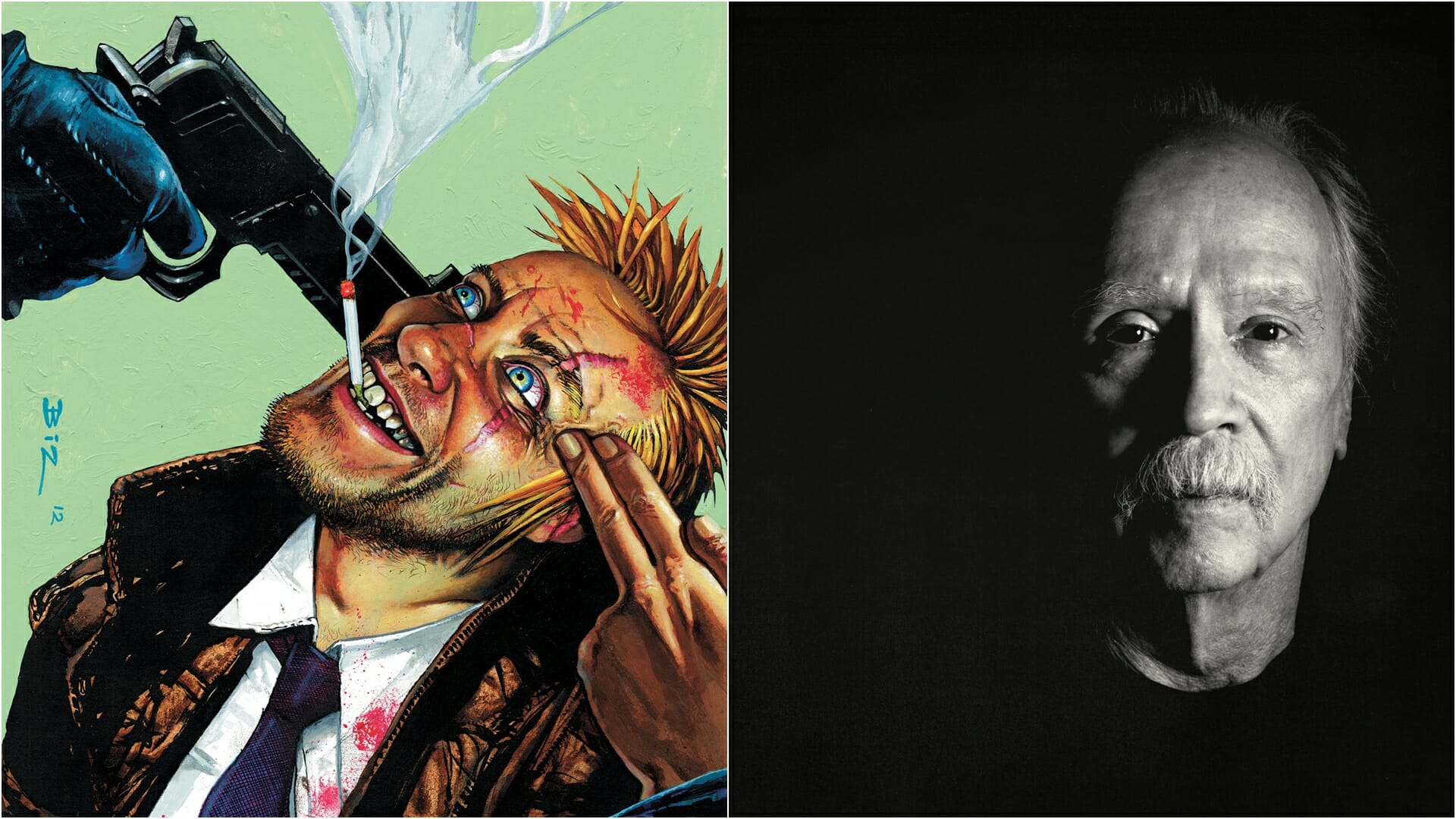 The king of creepiness has brought us some amazing cinema with cult classics such as Assault on Precinct 13, The Thing, and They Live. His talents often venture into the supernatural with elements of human struggle and suffering. His range of genres has varied, but horror is his bread and butter. The bleak, surreal, and gritty tales of John Constantine need the talents of a master of horror to infuse extreme gore, excellent pacing, and vast creepiness, as it is with Carpenter’s best movies. Personally, I’d love to see The Fear Machine developed into a film and down the line see the Mike Carey story lines of Black Flowers, Stations of the Cross, and Red Sepulchre, become big epics.

If anyone can bring the haunting and disturbing world of John Constantine onto the big screen, it’s got to be the master of horror himself. 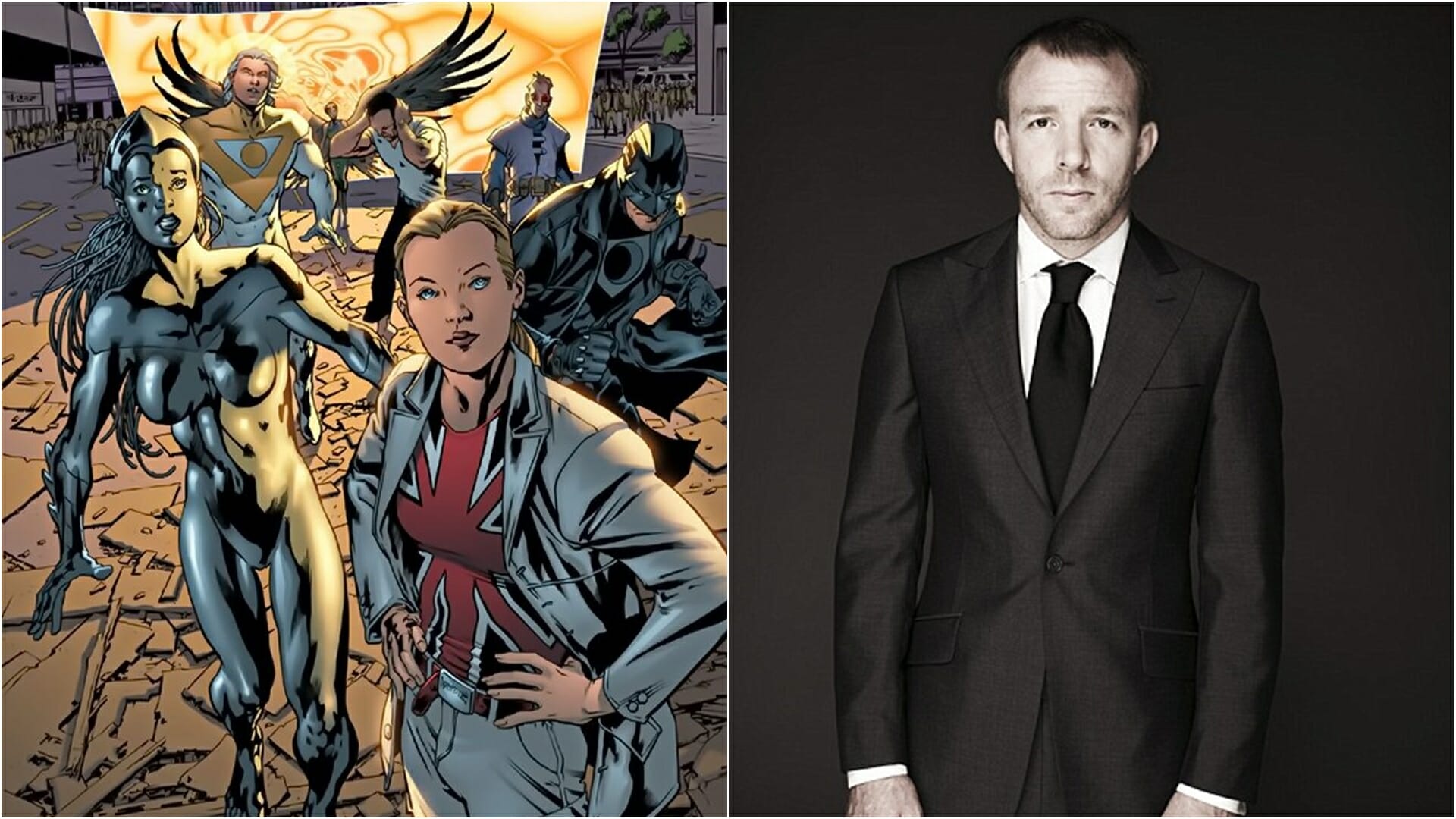 Guy Ritchie is a director who propels a distinct style and flare to his film making that combines comedy and grit all into one enjoyable experience. With his works such as Sherlock Holmes, Snatch, and the upcoming King Arthur, it’s clear to see he understands great pacing, branching narrative, and developing likable, much-despised characters. The Authority is a great comic series ready for an adaptation with its clever storytelling, humor, and vastly immense action that would be perfect for translation by Guy Ritchie.

Of course, plenty of British banter from the man who brought Brad Pitt with an extreme Irish accent and the excellent cockney one-liners from Jason Statham and Vinnie Jones. Although, I’m not sure Vinnie should be in this film. 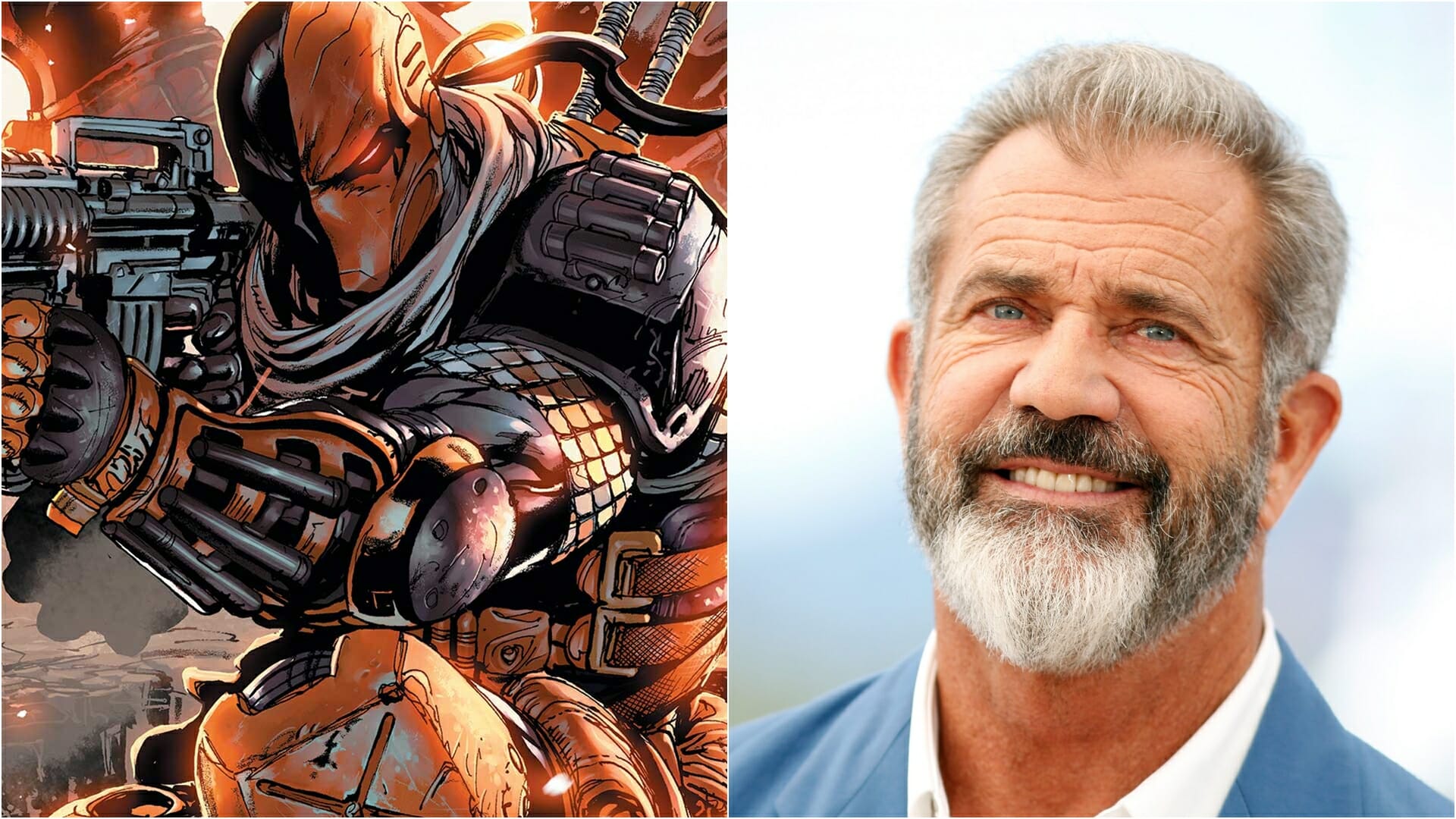 I know old Mel was supposedly asked to direct Suicide Squad 2, but to be honest with you, I think something such as Deathstroke would be more fitting for his talents. Regardless of what you may think of the guy, he’s a very good director, proving he can capture the raw grit and intensity of war. Even films like Apocalypto, which didn’t see much critical acclaim, had a raw edge and some pretty awesome set pieces. Aside from this, he can develop engaging lead characters for the audience to connect with, and having him take on one of the biggest villains in his own film would be amazing!

He’s been involved in many films regarding the themes of war and the effects of conflict on the human psyche. His skills would be perfect to adapt the legendary tale of Slade Wilson, a former soldier turned hired gun who embarks on extremely violent and brutal conflicts while trying to find peace for his trouble and horrid past. The war-torn soldier would make a great addition to the film adaptations happening now, and Mel would be perfect to lead the film.

That’s my list! I’ll properly think of more in the near future, but I’d love to hear what you guys have to say! Do you have a favorite director and comic book character you’d like to see teamed up for a movie? Let me know in the comment section below. Oh, and if you liked this piece, and I hope you did, check out my related article on the top 5 comic characters who deserve their own video game adaptation.

A Little Fun and a Little Disappointing – Loot Rascals Review

Dishonored: Death of the Outsider Review - Out of Sight, Out of Mind

[…] which can become particularly daunting if you, like me, are the bungling cat burglar-type (a la Guy Ritchie’s Snatch) striving for an all-stealth playthrough. And you can only read and actually learn from the […]