How will Cyber Knights: Flashpoint be appealing for Star Traders fans? 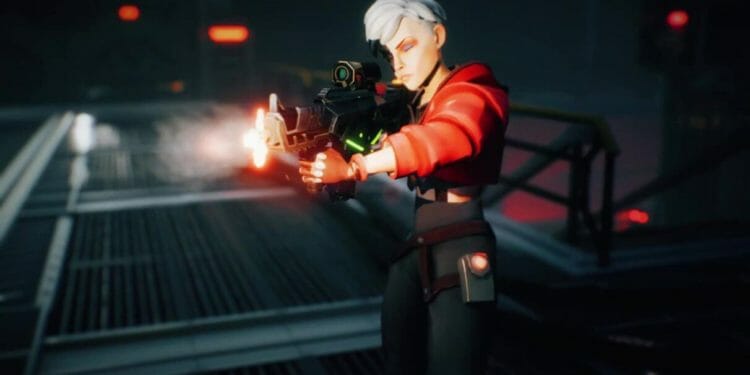 Bagogames had the opportunity to talk with the Trese Brothers about their latest project: Cyber Knights: Flashpoint. The development team talked about their history and the Kickstarter campaign they’re running.

The campaign has surpassed its funding goal at the time of writing.

But, what’s the story behind the developer of Cyber Knights: Flashpoint? We asked this question to the developers Cory and Andrew Trese and they provided us with the following insight:

Bagogames: We noticed that you have multiple projects on your discord. How did the “developer dream” start? What were your primary inspirations behind games like Star Traders: Frontiers?

Andrew: Our journey as developers started a long time ago, back in 2010. Cory and I hadn’t worked together for years even though we were both employed as software engineers and Cory happened to get a new Android phone. He started a little hobby project we could share in our free time — it was called Star Traders RPG.

Cory: Andrew and I have been making games together for a long time. As kids we made board games and pen and paper role playing games and dreamed of building games like the shareware ones we played. Star Traders RPG was the beginning of making that dream real.

Bagogames: Was Cyber Knights inspired by the Cyberpunk genre in any way?

As a studio, we have some really awesome IP that we love that was inspired by years of pen and paper RPGs and we’re making a sweep through out previous games to bring forward those games that were the biggest hits with our community and that we find most exciting. Star Traders RPG and Cyber Knights RPG are top of that list. But yes, it’s a very hype time to be making cyberpunk anything. 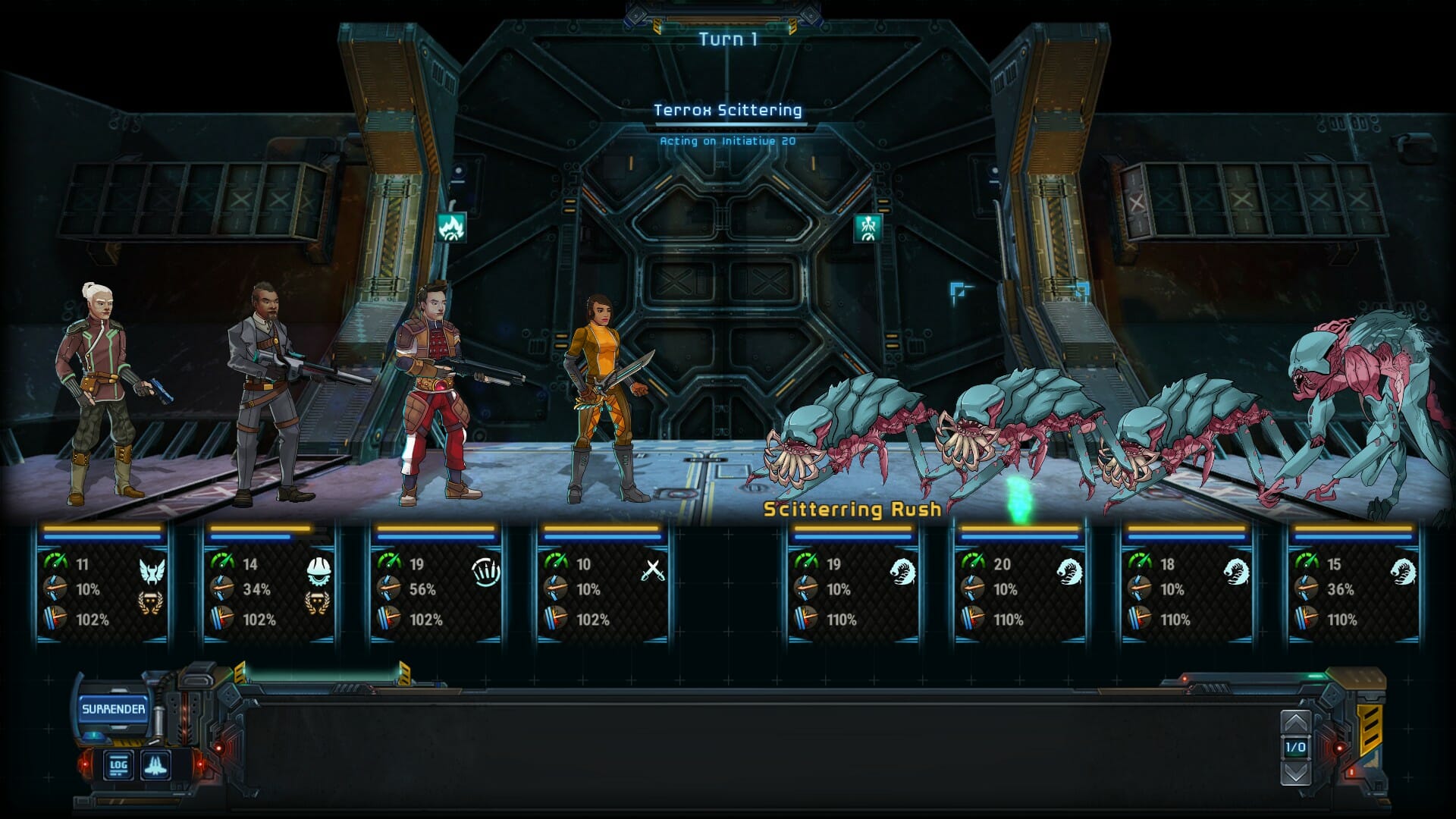 From Star Traders to Cyber Knights – A Dream Takes Form

It’s incredible how an Android game became the start of a dream for Trese Brothers. Of course, people loved the game once it was released. Some could say that the game is a precursor for what would eventually become Star Traders: Frontiers.

Bagogames: Star Traders RPG is a precursor of sorts to what Frontiers is, right? We’ve seen the game floating around the Google Play Store and it still gathers some very positive reviews.

Andrew: Yes, very much a precursor. It was our very first game and only available on Android at first and then iOS. Ten years ago now, which is hard to believe!

Bagogames: Speaking of Star Traders: Frontiers, the Discord community that you’ve built has made a very positive impression. It’s easy to assume that you take their feedback to heart, right?

Cory: I’d say our studio is built around listening to our community, on any channel. Discord has been a lot of fun and is perhaps the most lively gathering of Trese Brothers fans. 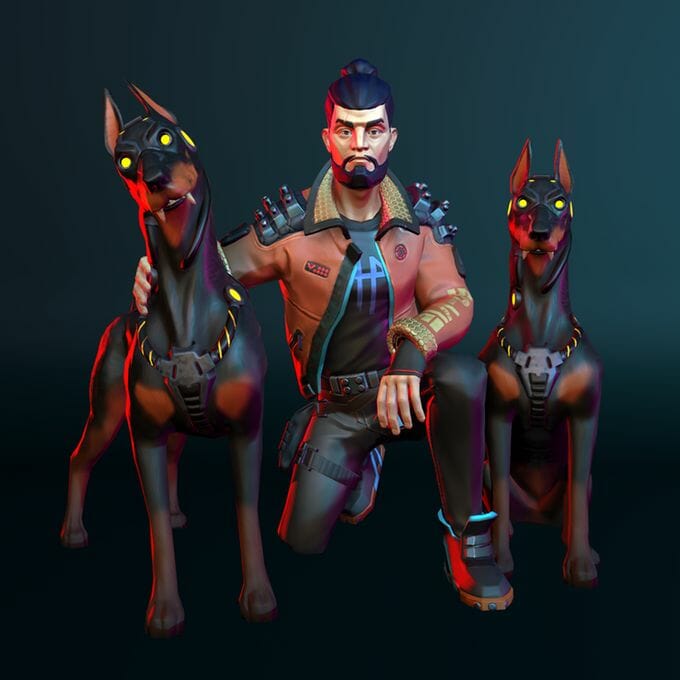 As the development of the game goes by, some people might be wondering what they could expect from Cyber Knights: Flashpoint. Is the game going to be accessible compared to its space counterpart? What are the aspects that Star Traders fans would see returning and what will the game bring to the table?

Andrew: Some of the best features that fit within a turn-based squad game are coming over from Star Traders: Frontiers. That includes the massive non-linear storyline. However, where Star Traders: Frontiers is more of an epic, galaxy-spanning story, Cyber Knights features a much more human and dramatic story of your squad, their struggles amidst the bigger story of the Boston Zone and the power-brokers who employ you illegally.

Bagogames: Your projects certainly are ambitious. However, as we mentioned in our review, Star Traders: Frontiers has a problem with a very noticeable barrier of entry for new players. Do you plan to address this in any way with Cyber Knights: Flashpoint?

Cory: We’re always trying to improve our games, making each one better than the last one. So, in that regard, we will try to make Cyber Knights better than the last game. However, when we are forced to choose, we almost always pick depth and replayability over lower barrier to entry. That’s just us.

Andrew: That said, Cyber Knights: Flashpoint comes from a very well known genre and for those players who have played turn-based tactics games before I think you’re going to feel right at home. Star Traders: Frontiers did a lot of truly unique things in addition to being a core space trading game, which makes it both more exciting but a bit harder to understand when you first get your hands on the controls.

Which Features Will Come Back From Star Traders: Frontiers?

Cyber Knights: Flashpoint is conceptualized as a turn-based tactics RPG for PC, iOS, and Android. Set in the dystopian year of 2231, the game will let you play as a commander of a company of mercenaries. The Trese Brothers talked a bit more about some of the game’s familiar aspects that Star Traders fans should expect.

Bagogames: Is Cyber Knights going to be like Star Traders in terms of the mechanics? Are we going to see a massive story with a non-linear path or do you plan on making things a little more streamlined?

Andrew: Some of the best features that fit within a turn-based squad game are coming over from Star Traders: Frontiers. That includes the massive non-linear storyline. However, where Star Traders: Frontiers is more of an epic, galaxy-spanning story, Cyber Knights features a much more human and dramatic story of your squad, their struggles amidst the bigger story of the Boston Zone and the power-brokers who employ you illegally.

Bagogames: Star Traders: Frontiers always had a risk factor to everything. Will Cyber Knights also offer this kind of risk? You know, to keep players second-guessing their choices and being careful?

Cory: Cyber Knights: Flashpoint will feature risk factors and the same type of cause and effect system that underpin Star Traders: Frontiers. However, Cyber Knights tells a different type of story and at a different pace; So, the second-guessing and caution will come from different perspectives.

Instead of worrying about the rash of airlock accidents and how you’re going to heal 26 injured crew members you’ll be considering more personal and immediate concerns. The loyalty of your mercenaries, and your reputation with your contacts will be made based on the choices you make operating.

One of the greatest features in Cyber Knights: Flashpoint will be the relationship between the commander and their allies. Trese Brothers talked about how characters are built and what new changes will be available for players.

Andrew: There will be some similarities but its going to be significantly expanded. A major difference is your team of mercs will be much smaller in Cyber Knights than the crew of a Star Trader’s ship — so every member can be more expressive and require more attention.

A big change is adding background Job, cyberware and Traits that are all determined by the character’s backstory. From there, you’ll take over and pick up to 3 additional Jobs to mix, either focusing on going wide with your capabilities.

Each Job comes with Talents that can take it in different directions. And then, cyberware, armor, weapons, gear. We’ve worked really hard to get the balance just right — there are easy answers and there is a lot of room to explore and discover your own combos. 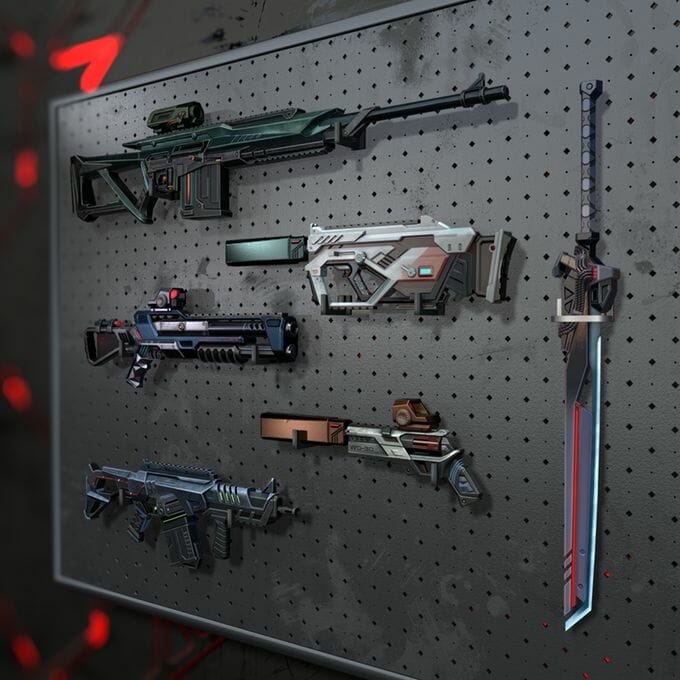 From Space to Hi-Tech Heists

Cyber Knights: Flashpoint has made quite the headlines at Kickstarter. The game has made it to the front page of the website on various occasions and has become a huge success. Where does the team plan to go from here?

Andrew: We’ve released our first wave of stretch goals up to $100,000 and already crossed the first two on our second 48 hours. We’re mixing new art, new models, new storylines and rewards that are given out to every backer. If we keep climbing toward the $100,000 mark, we’ll release our $150,000 and $200,000 stretch goals and all the milestones in between!

We definitely wish the best of luck to Trese Brothers and their future endeavors.

What do you think about our Trese Brothers interview? Are you going to play Cyber Knights: Flashpoint? Have you contributed to the Kickstarter? Do you like Star Traders or any other of Trese Brothers’ games? Let us know your thoughts in the comments section below.

How to choose a perfect board game

Learned some things I didn’t know, and here I thought I spied on the bros enough on Discord lol.

Trese Brothers Games are bar none my favorite games on mobile. Full disclosure I’m a patreon backer and have joined their last two Kickstarter campaigns as well as this one. From alpha to post-release, the level of developer involvement and reception to any and all feedback means that their games are very much designed for and with their players. If you’re tired of major name studios taking money and putting out games that players have zero bearing on, consider supporting this small but amazing (shenanigan free) developer team.

We sure do hope that they continue to improve their games. They clearly have a goal of making a game that’s better than the last one.

I backed this game and have been waiting quite a long time for it. The Trese Brothers mean quality. They listen to their players and fans. They are constantly striving to improve during projects and between them. If you like the cyberpunk genre and turn based squad mechanics, then help support a dev team with a track record of success and help us all make a superb game. Make a pledge and show the industry that the little teams have power too.

Yeah! They certainly have been ambitious and that’ss to be commended. Let’s hope for the best for their project.