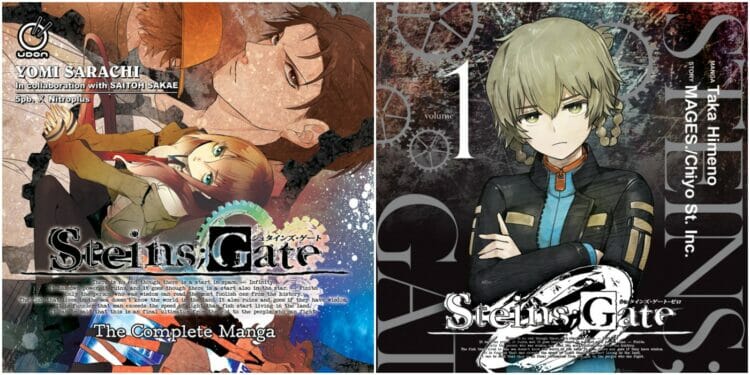 This 500-page omnibus collection will be released in an exclusive hardcover edition for retailer Barnes & Noble on October 21st, 2021, with a standard softcover edition releasing in Spring 2022. In addition, UDON Entertainment also announced that its release of the sequel series Steins;Gate 0 will begin this fall.

Return to the world of Steins;Gate in this new series that explores one of the many possible alternate futures from the original… but, that radically alters everything you thought you knew! Big changes and new events mark this harrowing new story from creators Taka Himeno, MAGES./Chiyo St. Inc., and Nitroplus! Fans will absolutely not want to miss Steins;Gate 0.

Steins;Gate 0 Volume 1 and Volume 2 will also be released in exclusive Barnes & Noble editions.

Are you a Steins Gate fan? Will you be buying this collection? Let us know your thoughts in the comments section below.

Funimation to Stream The Heike Story Anime on September 15