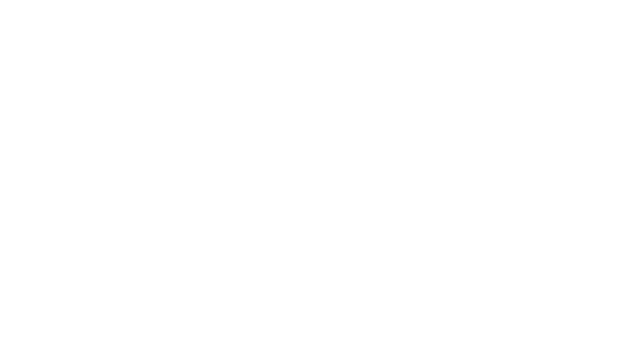 It has been nine years since players first set out to conquer the ancient world, whether they played as the proud Romans, the barbaric Gauls or the Greeks. This year,  this new and improved version of the game by Creative Assembly lets the player take full control of their favorite faction once again so that they might go out and conquer the old world and lead their armies to glory. Total War: Rome 2 builds on the previous games in the series, adding many new features and improving many others.

As in previous Total War games you will probably be spending more time on the world map than in combat. The map has been reorganized into 24 provinces, each consisting of 2-4 regions controlled by a city that the player must capture to gain control of the aforementioned province. This time around there is a limit to the amount of buildings you can build within a single city. Every province has a province capital in which you can build 5 buildings other than the main city building, all of the other smaller cities allow you to build 3.  But typically a capital starts out with 3 other than the main building and smaller ones with 2, a city grows every turn and after a while you can expand your city to build on the remaining spots in the city. I played two campaigns in Rome 2 over the course of 15-16 hours, progressing well into both of them. First I played as mighty Rome, which at this point in time controlled most of modern Italy. I was given the order to conquer and fully control two provinces as soon as possible, so I promptly sent my army to northern Italy to get rid of those pesky Etruscans on the doorsteps of Rome. Before I reached their first city I encountered their so-called invincible army. Heading into battle mode I set up my army appropriately, cavalry on the flanks, range in front with melee close behind. Needless to say, Etruscan infantry does not stand up to Roman steel and I won the battle within a few minutes with minimum losses.  The cowardly remnants of their army flee far away, beyond the fog of war and my army marches up to their nearest city, Velathri. A city without walls, my army attacks it immediately. The city has no garrison, but all administrative, naval and army buildings can provide a garrison to it. My army of about 700 well trained men faced an army of 500 peasants, yeah, slaughter ensues and the city is taken.

To the south, down in the straits of Sicily an Etruscan fleet is heading towards Rome, which is unacceptable. My small fleet, consisting of one boarding ship and one ranged ship. The enemy has three ships, two of which are badly damaged though. I set my ships, the smaller one acting as a distraction while the larger, melee ships comes in from the flank to ram the enemy. In the fray my smaller vessel manages to get stuck between two of theirs and promptly breaks into two pieces, killing the entire crew. Luckily my other warship manages to ram and board all three of theirs, killing of their crew in melee. As soon as my men jump onto their own ship, the enemy ship starts sinking. Hhm, alright. I manage to sink all of the ships in this way, the threat to Rome has been averted. This campaign goes on for a few hours, I conquer northern Italy and Sicily in the south and manage to complete my objective.

In my other campaign I’m playing as the relentless Spartans, in which I’ve advanced further. During this campaign I’ve noticed some odd things, one time the AI didn’t do anything at all until I was charging into his ranged units standing in front the infantry. Neither did he respond to my cavalry until it crashed into his ranged units on his flank, routing 4 of his units within 30 seconds.  The AI behaving like this only happened twice, the above being one of them. The AI seems to have been much improved in Rome 2.

In the Rome 2, instead of recruiting men in your cities you directly recruit them into your armies, drawing the men from all of the cities in the province.  Agents are also a lot more useful than in the original Rome, you can send them to enemy cities to incite riots or poison their wells, damaging the garrison or the army. You can assassinate the general, getting rid of all the bonuses he gives to the army. Every army and major character has traits now, giving them small bonuses to their actions or their commands. You can employ heroes into your armies, which will increase their experience gain every turn. The AI of your units is still a bit dumb, it is almost impossible to disengage a unit from a cluster of different units, and it’s still very hard to order your units to encircle an enemy unit. Although Creative Assembly organized a large multiplayer session for all reviewers to play with the developers, I’m sad to say that I experienced a lot of lag and disconnections during the 2 hours I participated in. One of the developers explained to me that they were having some connection issues on their end. I did manage to almost finish one battle (which I was losing terribly against a developer) before he lost connection. The single battle multiplayer is as solid as ever. You choose your faction, general, army units and upgrade them according to the amount of funds you have available. Choose which battlefield to fight on, the time of day and the weather which can have several effects on your battle. Set up your armies according to your strategy, once one of the players readies the other has 60 seconds to finish his army formation before the game starts and then it’s either be crushed or crush your opponent for the glory of your faction. There were no sessions for multiplayer campaigns, so I cannot comment on those justly.

Total War: Rome 2 has extensive settings, from graphics and sound to control, you can customize almost anything, tweak the amount of units on the battlefield or set the sound to a different system than the default. Disable and different battle interface options to your own preference. During my 2 campaigns the game only crashed once around the six hour mark, I don’t know why it happened. Creative Assembly has promised post launch support, so it will probably fixed if the problem persists. Extreme graphics settings can cause lag when zooming during battles if you don’t have a high-end graphics card (I’m running a GTX 560 Ti). I was easily able to run the world map on Extreme graphics, but zooming deep into the men charging into each other did drop the frame rate tremendously.

Total War: Rome 2 is worthy sequel and a great improvement from its predecessor. A beneficial addition to the Total War franchise, though the new family and government options don’t add much depth, neither does the technology tree. The battles are as solid as previous games in the series, though the game is still troubled with AI issues, it’s hard to disengage a specific unit from combat or direct one to flank the enemy in closer positions. Diplomacy is much improved over previous games, the AI will try to get deals with you that can benefit the both of you and it will actually keep itself to them. The sound is great, though during my playtime I can’t remember a single time the music in the background being particularly fitting, it didn’t make me feel as great as the original Rome music. This is certainly a step in the right direction for the series and has pushed the Rome series well. The improvements are noticeable and welcome as they all work to make gameplay as enjoyable as ever, even if the AI isn’t the sharpest sword in the armory.

What are your thoughts? Are you going to be picking up this title, do you prefer a different RTS franchise entirely or are you simply sticking to the classic Total War: Rome edition? Let us know in the comment section below!

This review was based on a review build of the game provided by Creative Assembly and Sega, bugs and issues mentioned are likely to be fixed in the retail copy. 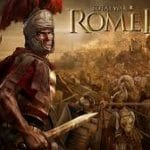 The Only Salad I’ll Eat | Plants Vs Zombies 2