A 2D platformer that operates under the rules of a light RPG. 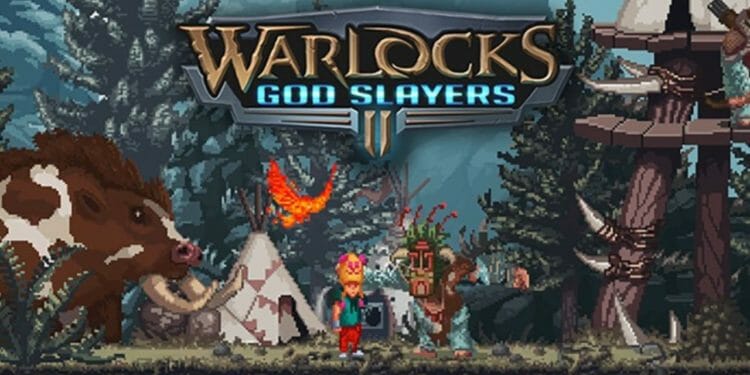 Although I am not a big fan of RPGs, I must admit that the ones that usually attract me the most are the ones that combine the characteristics of that genre with aspects of other game styles. I love, for example, when the battles are not in turns, and rather make use of another game system so that it has a better pace and each fight does not last ten minutes or more. That is the case of Warlocks 2: God Slayers, a sequel where developers have combined elements of RPGs with a hack and slash, to develop a fairly satisfactory experience. It is not a magnificent game, but it is well enough for one to entertain with their main campaign of 8 hours or more.

The plot of Warlocks 2: God Slayers goes straight to the point. You control one of the five members of the Order and you have to face the Gods who, for some reason or another, wants to end the Order. I’m sure there are quite a few more details in the story, but being honest, at the end of the day, they didn’t end up being particularly important. What really matters here is that you are involved in an adventure through several worlds. In which several hack and slash-style battles, treasure searches (or looting), and level ups are involved through a Progression system that is quite well done.

Warlocks 2: God Slayers does nothing that we have not seen several times in other games. Therefore, do not download this game thinking that you will have an amazing, different or particularly original experience. However, it is worth mentioning that, despite having some influences from better-known franchises or higher-budget games, Warlocks 2: God Slayers manages a style of its own so that it does not feel like a derivative of something better, or worse, a vile copy. The dialogues, for example, handle a great sense of humor, often self-referential, and the world that the game shows us is wide and looks quite alive.

Unfortunately, the story, which is usually quite important in the RPGs, is nothing out of this world. So I’m sure several players will end up somewhat disappointed since they will not have lived a particularly complex plot or something original. In fact, outside the characterization of the main characters, we don’t find out much more about motivations, narrative turns, or the lore behind what we see on screen. Which is a shame, because, at the end of the day, one does not end up particularly hooked on the narrative. You rather concentrate on the gameplay and in the development of the world, and not so much in the objectives of the protagonists.

When it comes to the gameplay, Warlocks 2: God Slayers is really pleasing. The battle system goes straight to the point. As I mentioned before, it is a hack and slash, so all you have to do is choose one of the five characters, each with its different weapons, powers, and scopes and get right into the story. The regular battles with the enemies that appear randomly in the levels are unexpectedly intense. Several of them took more life than I would like to admit. And the confrontations with the Giant Chiefs are epic and exciting. The controls are not complicated, and all the characters respond perfectly, without being particularly unreliable or slow. 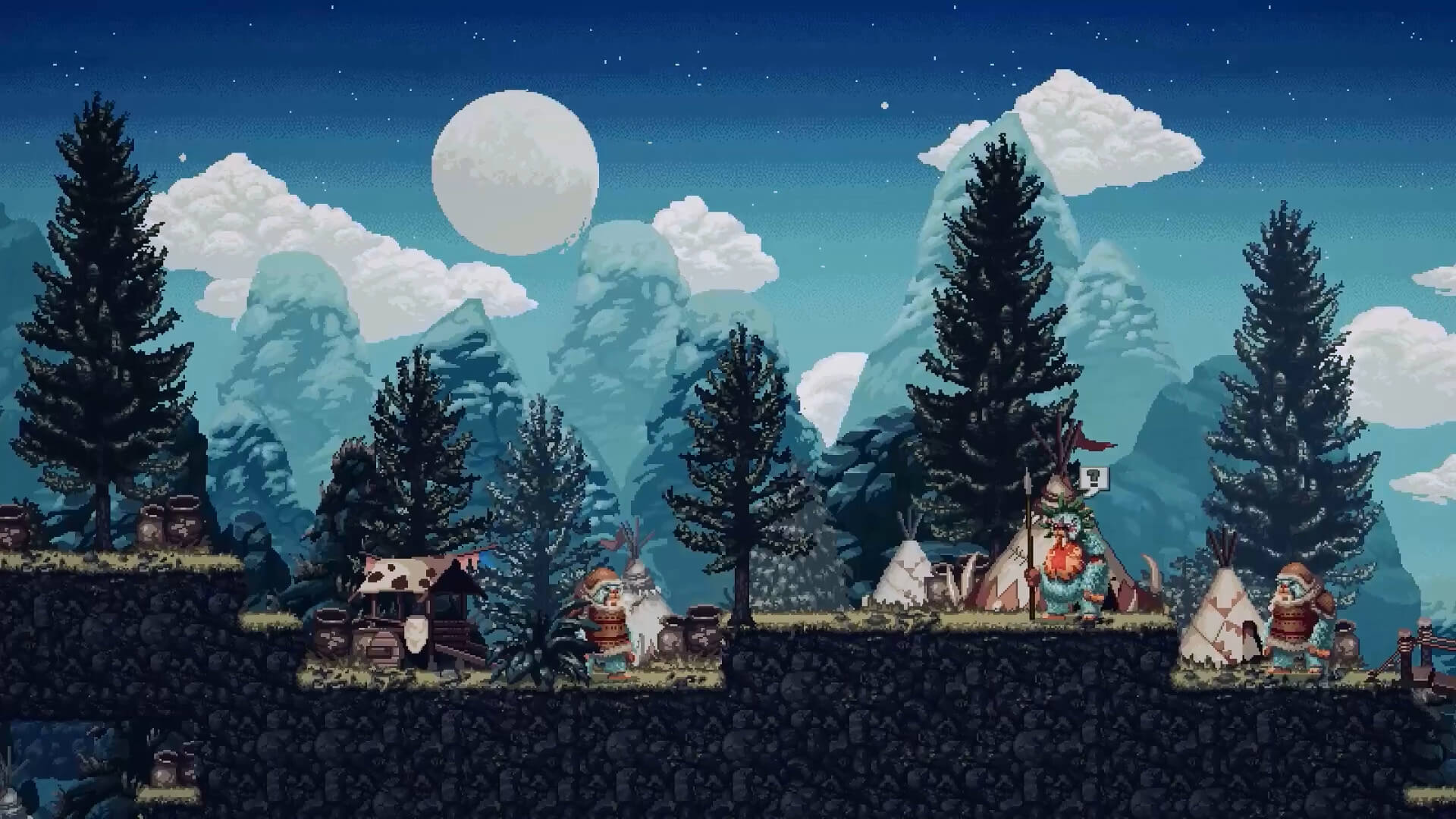 Additionally, it is worth mentioning the emphasis on looting. All levels which, unexpectedly, have several floors and are designed in a labyrinthine manner, like what one would find in a Metroidvania are full of loot, which appears randomly. Therefore, the game encourages the player to explore and move through different places in each game session, to find new treasure and use it. After all, outside of a regular level-based progression system, Warlocks 2: God Slayers also has skill trees, which you slowly unlock. These skills include attacks, defenses, and cures.


As we defeat enemies and complete main and secondary missions, we will gain experience, which will help us to level up and gain skill points. With these points, we can acquire more techniques to defeat our enemies or improve stats. These skill trees are quite short, but each of these skills can be uploaded more than once to boost them more and be able to use them more frequently, decreasing their use time. During the adventure, the enemies will drop different objects that we can equip to increase our statistics and thus be able to defeat them more easily.

On a technical level, Warlocks 2: God Slayers is not all bad. The 2D graphics make good use of superlative level design and very fluid animations. This gives each character a lot of personality, and the huge bosses look really good. As for the soundtrack, it is not bad, but it shows that they are very common melodies so they do not really stand out. It is very generic and is repeated throughout the adventure. Although it changes some simple nuances to adapt it to the different areas that you will see during the game. It should also be noted that Warlocks 2: God Slayers has a local cooperative in which up to 4 people can play at the same time with 4 of the 5 characters of the Order. 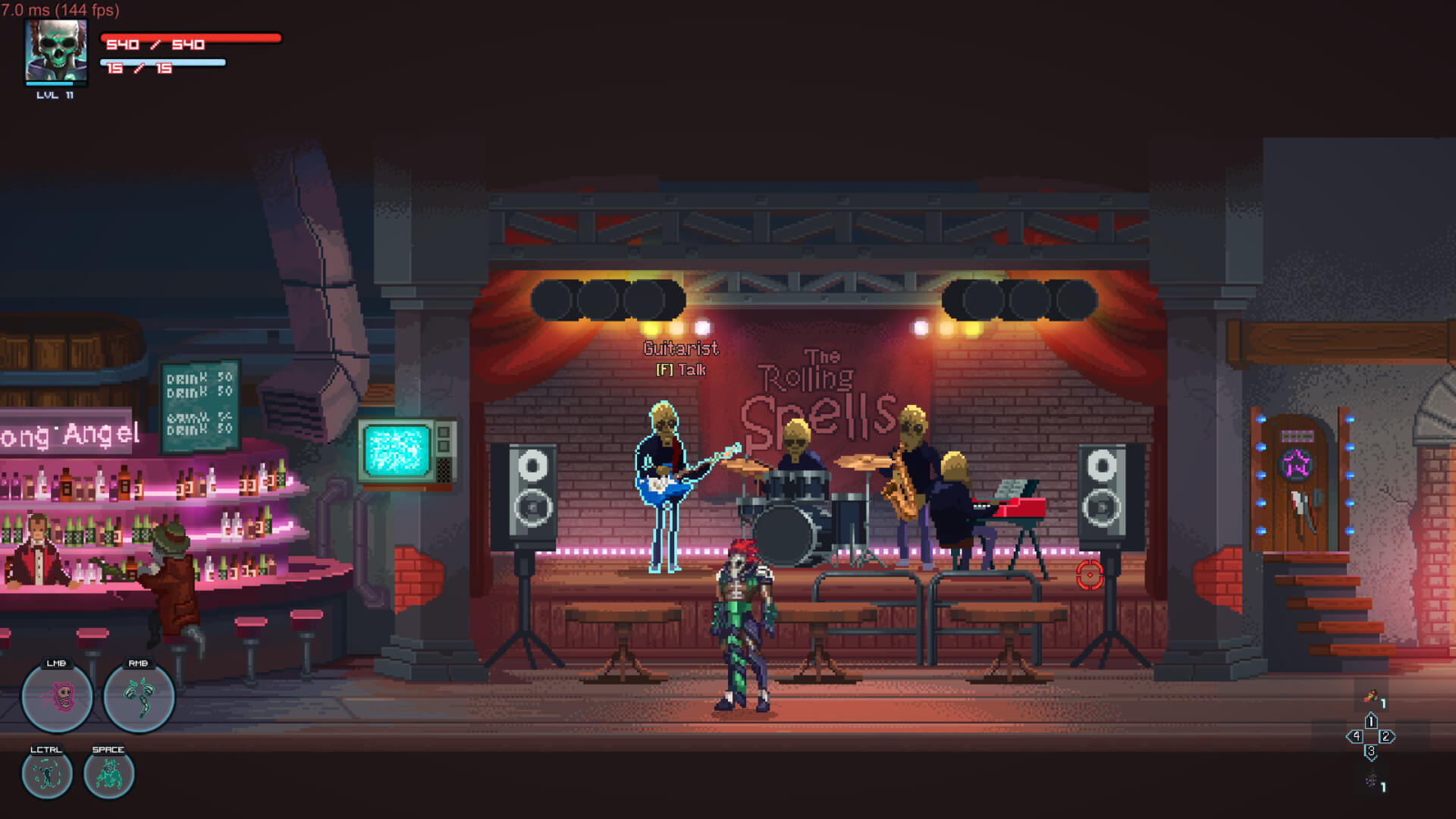 Warlocks 2: God Slayers is a fulfilling game. The plot is generic and predictable and not particularly well developed, and yes, the missions that one has to perform many times can be summarized as fetch quests or objectives that only require the gamer to move from one side to another. But, this is compensated by the precise playability, the gameplay style that efficiently mixes RPG characteristics with those of hack and slash, and a quite satisfactory progression system.

Warlocks 2: God Slayers is definitely not the best action RPG ever. However, I'm sure it will satisfy fans of the genre and even those who are looking for something slightly different than the usual everyday game.

Is Spyware Software the Answer to Keeping Your Kids Safe On Their Phones?

5 Of The Best Sequels

5 Of The Best Sequels 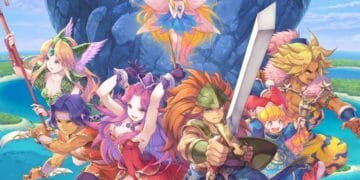