BagoGames > Articles > Opinion > Why All The Hate For R3MAKE? (Resident Evil 3 Spoilers)

Why All The Hate For R3MAKE? (Resident Evil 3 Spoilers)

Resident Evil 3 is dividing fans, and I don't get why. 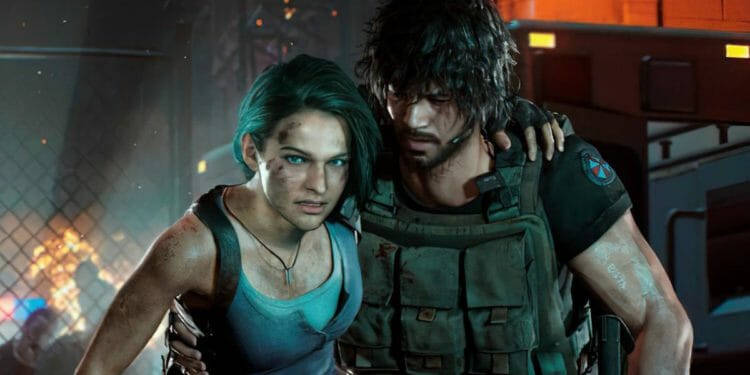 I’ve been using this quarantine to my advantage and have been knocking game after game off my to do lists. I beat the original Resident Evil 3: Nemesis earlier this week and today I beat the Resident Evil 3 Remake. This was done on purpose because I hadn’t played the original in about twenty years and I didn’t remember much of the game. Now that I have completed both within the same week I’m curious as to why all the hate online.

I didn’t get to start the game until about a week after it had been released, Amazon took a little longer than expected to ship it, so I continued playing the original. I saw some of the mixed reviews when the embargo lifted and just some of the unbridled hate from some YouTubers and big fans of the series.

Warning: This contains spoilers! Stop reading if you have not finished the campaign.

The biggest beef people had was with how short the game was, and how certain parts of the game were removed. I shrugged, having not played the title yet I couldn’t form an opinion, however, it did make me nervous. Instead of letting it ruin my quarantine I decided to continue with my playthrough of the original. Which, once completed, clocked in at about 5 hours of game time; the same amount of time it took me to beat the R3MAKE.

I took my time with the R3MAKE, I wanted to see everything and try to find the secrets and anything that could help me against Nemesis. I did things backwards so that I wouldn’t be chased throughout Raccoon City while grabbing ammo, picking locks and smashing crates.

Reviewers and such were also upset about the length of the game, but it took me eight minutes less to beat the R3MAKE. That actually surprised me, I figured the new one would have taken longer, but I think replaying Resident Evil 2‘s remake over and over prepared me for this. I backtracked before certain segments of the game, which make my experience much easier.

The game experience can be lengthened if you decide to visit the post-game store. There are some amazing items that you can purchase that will make you more powerful, dodge quicker, heath regeneration. It is a pretty smart and sweet store idea; it’s no Merchant in Resident Evil 4, but I can’t wait to buy some of the damage items and blow Nemesis away easier!

Seeing as I had played the original a mere days before completing the remake I noticed a few things that were missing; like the whole City Hall segment. That really didn’t affect my enjoyment of the game. I did, however, succeed in finding all the gems which was nice throwback to getting into City Hall, which didn’t happen in the new one. I was alright with that, the longer hospital scene with Carlos and Jill more than made up for it. Especially the hoard you get to destroy after you save Jill.  People were butt hurt over that, and I don’t get it. Let Capcom streamline the story so that it isn’t a garbled mess.

There was one fight that I was pleased was missing. I died so many times in the graveyard trying to get past the Grave Digger. You know the part, when you have to hit 3 switches while the worm is biting you through holes he made. I was grateful this did not exist. I much prefer the Carlos hoard fight, that was so much more fun and satisfying than pulling a Kevin Bacon.

No puzzles exist in this game, which kind of threw me for a loop. The closest thing we had to a puzzle was the optional find the three gems. Which was alright with me, this was more of an action and scare focused game. Puzzles would have messed up the pacing and intensity.

In the original game Jill was faced with certain choices that would somewhat affect the outcome of certain scenes and sometimes the ending. This was more annoying than anything for me in the original, it broke the game up for me and I like one, true cannon ending. I’m happy that Capcom is streamlining the series for today and I’m curious what they may do with the next remake.

Brad Vickers, yes I was somewhat bummed that Nemesis didn’t infect poor Brad in front of the RPD. However, I liked the fact that Capcom tried to redeem this poor man, he left Jill and the squad in the mansion when they first encountered the virus; then he saves Jill in the restaurant after stupidly getting bitten. This leads to one of the biggest reveals that leads into Resident Evil 2 Remake, and I was astonished at how well the writers made this scene; especially after remembering Marvin’s lines to Leon.

The game had many changes to it, most of which I welcomed. The musical score was far superior to Resident Evil 2′s remake. Instead of the long gaps of silence they tweaked the original score and gently placed it at perfect moments in the game. I play Resident Evil 2 with the original music on, that still fits the best for me.

Another gripe was the fact that the Nemesis interactions seemed scripted, they weren’t as random as the original. From what I remember, the scenes are scripted in the original, he HAS to show up at the diner and at other certain points. I don’t remember it being too random. Plus Capcom had to make a linear game, you have to go to the donut place and the toy store. If Nemesis was constantly on your shit, that would be so irritating. I enjoyed the gorgeous encounters that Capcom wrote in and I’m still surprised I survived a lot of them.

When I say gorgeous I don’t mean that Nemesis is a handsome fellow. What I mean is this is one of the prettiest games that I have played this generation, and I’ve played Horizon Zero Dawn, God of War, and Uncharted 4. Resident Evil 3 surpasses them in my opinion. The facial animations during the cut scenes actually tell the tale along with the dialogue. My father use to say that some of the games he watched me play were better than movies. This game is better than any movie that came out this year.

Playing the original game made me so irritated due to the fact that the Dodge mechanic was almost randomized. You would be fighting Nemesis and you’d dodge one big hit, you’d do the same action and Nemesis would grab you and toss your ass. In the Remake you are gifted a specific button for dodging and it is magnificent. It take a bit to get down because of the enemy animations but once you do, you won’t need an herb or first aid spray. I loved the new Dodge and I hope they toss it into the Resident Evil 4 Remake, Leon should probably learn it from Carlos.

After beating this game and mulling over bother versions in my head, I wondered why there were some changes, why there we no choices or different endings. I think that it is funny that my biggest concern was where was Barry? At the end of the original game Barry swoops in with the helicopter to save everyone, in this game it happens to be there because of the antagonist. Obviously Barry is alive, he doesn’t die in the mansion in the first game after he’s determined to be a traitor to Jill. I think him coming the chopper would have been more therapeutic to me because of the betrayal at the mansion.

I’m guessing and hoping that Capcom has some big plans for this timeline fix that will tie the Revelations games, and the new first person games all together. Me thinking this has me excited for Resident Evil 4 Remake, yes I understand that my favorite Resident Evil game is Code Veronica, but I have a feeling that Capcom may be doing big things with RE4. Maybe they’ll incorporate Code Veronica into RE4, maybe this will be a bait and switch like the Resistance announcement, or maybe I’m wrong and we’re just getting “re-imaginings” instead of remakes.

What did you think of the game, I loved it! Let me know on Twitter or Instagram!

Phantasy Star Online 2 is available for Xbox One

Resident Evil Village should be short — here’s why – JWEasyTech

Resident Evil Village should be short — here's why - NewsDay24.com

Resident Evil Village should be short — here’s why | Gameszonne

Resident Evil Village should be short — here's why - Techno Razique