BagoGames > Articles > Opinion > Why are publishers and developers moving to exclusivity on the Epic Games Store?

Why are publishers and developers moving to exclusivity on the Epic Games Store?

Steam isn't the only game in town anymore

This is a question many have asked, but few have answered in a conclusive way. With the rampant speculation and the endless back and forth between those that are irritated by the decision and those irritated by those who are irritated, the conversation is muddied to say the least. However, if we take a minute to look in the right places, it starts to become a lot more clear why this trend is taking place.

The Epic Store’s exclusivity was a relatively minor thing after their first announcement at the end of 2018. Only a handful of games of note were said to be exclusively on the platform, including some standout indie titles like the upcoming Maneater and Supergiant’s new early access game, Hades. The real contention only started when the announcement came that the highly anticipated Metro: Exodus, the third in a franchise made popular on PC via Steam, was going to be pulled from Valve’s store and sold exclusively on the Epic Games Store for one year. What made this especially rough is that the game had been listed on Steam for many months. Soon after this announcement, a notification was put up by Steam stating that it would not be sold there after launch, but preorders would be honored.

This news caused quite the uproar and the move was sometimes branded as ‘anti-consumer’, though I feel that term is often poorly used. Not long after, Ubisoft announced that The Division 2 would be sold only on Epic and of course their Uplay launcher and, after launch, no keys would be sold on any of the typical key resellers. While this wasn’t as poorly received, it still begged the question, why would anyone choose this?

The Epic Games Store touted only one real notable advantage over the goliath that is Steam, a developer cut of only 88% rather than Steam’s 70% for developers/publishers. This is obviously an appealing proposition for these companies, but one that had its own set of comparative problems. The first and most obvious is that Steam has concurrent users in excess of 15 million on a regular basis and that number has been growing for years. Conversely, Epic’s success with its launcher, and most of its financial success for the past year ($3 billion in profit for 2018) is due to the 200 million+ total Fortnite players. While that sounds significant, there are a number of issues that make Epic’s numbers mean a lot less from the position of actually selling games. 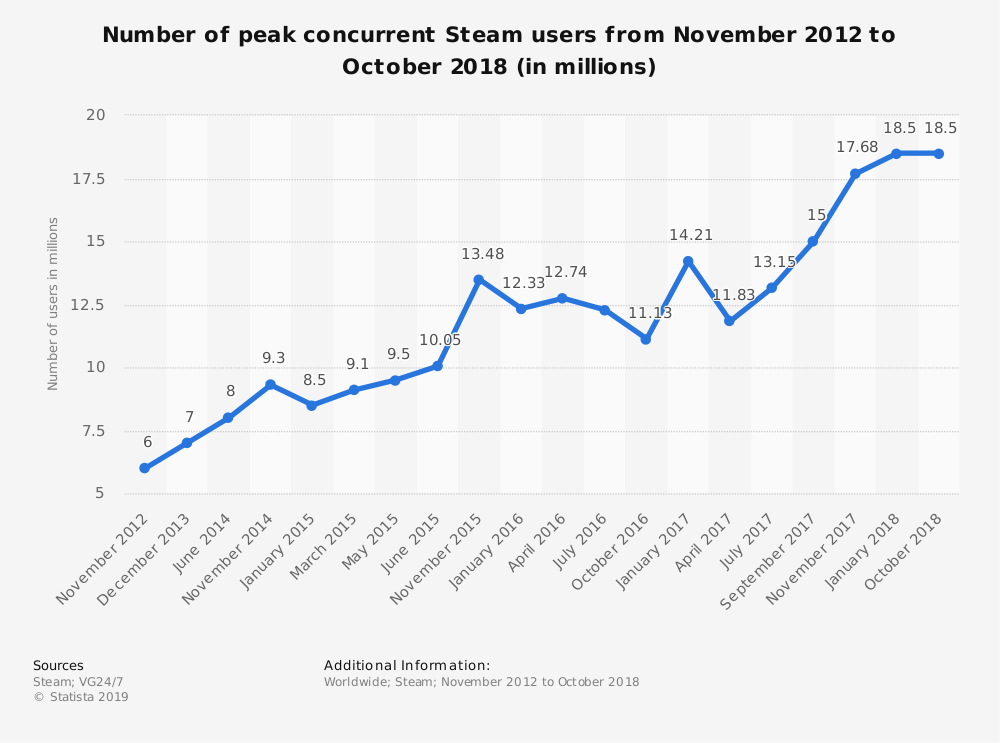 The Fortnite player base is spread across many platforms, not just PC where the store exists. Those that are PC players also aren’t guaranteed to even be interested in buying other games on the platform. Playing a free-to-play game and investing a bit in the cosmetics within it isn’t an identifier for a desire to buy other games, where Steam has generated much of its popularity (and feature set) around being a one stop shop for game purchases. Epic is doing the equivalent of having a free concert for a popular band and selling band-related merchandise inside the venue while trying to convince devs and publishers that setting up shop outside to sell t-shirts for other bands is going to be popular. It’s hardly an appealing proposition for companies that want to have their game in as many hands as possible.

Steam also has a wide variety of features that the Epic Game Store lacks for both customers and developers. Most notably is that Epic didn’t have a search functionality until a few days ago, and even then it is an ‘exact title’ search, so if you wanted to look up “Hades” and spelled it wrong or just put in something like “hell game”, you won’t find it. Steam also gives developers access to the Steamworks set of tools they can use for things like cloud saves, matchmaking, anti-cheat options, mods, and so on. The list of comparative features from a user standpoint is even more overwhelming since things like basic chat, groups, voice communication, game reviews, curators, screenshots, cloud saves, library sharing, streaming, grouping and sorting your games, mods, and a good deal more aren’t available in any way on Epic. However, it is important to note that very recently, Epic released a roadmap including many future improvements for the store that would bring it closer in line with some of Steam’s more basic features.

So we’re back to the original question, why would a publisher or developer decide Epic was worth committing to for a year. Why would anyone want to be on a store that is less functional and has a smaller potential customer base? The 18% more revenue? That could be part of it, but Metro: Exodus was discounted from the Steam price roughly the same amount as the additional revenue they would have gained. So that only leaves a couple of options that I would consider:

The first option is the most obvious. Epic has a lot of cash on hand and a desire to leverage that into people using their platform. It’s also the most likely way to offset the potential for developers and publishers getting fewer sales of their products to a much smaller audience. This would almost certainly be the case for AAA developers, as they would be trying to get their game on as many platforms as possible. This could potentially be the case for smaller indie teams as the amount of money to coerce a small team to a one year exclusivity contract would be minor compared to the potential to say a cool indie game (like Maneater) is coming only to their store. 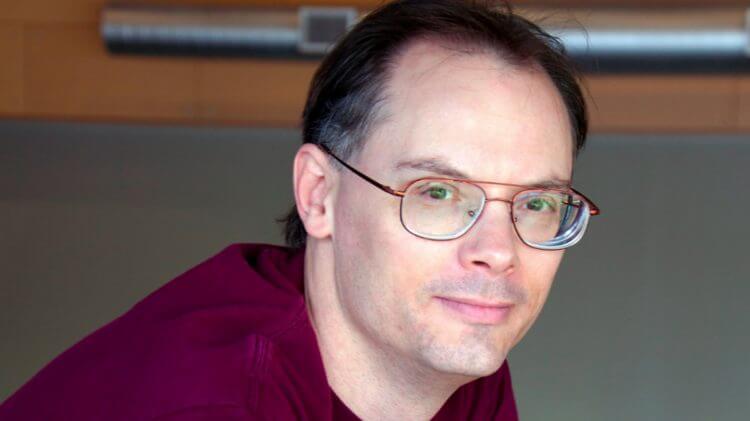 In a recent interview with MCV, the CEO of Epic, Tim Sweeney was asked the following question:

“…so is Epic offering financial incentives, above and beyond the superior revenue split, to games which move exclusively to the store?”

So without even a minor sidestep, we have the number one motivator for any company to decide to work with Epic. By Tim’s own admission, Epic is using the money Fortnite has generated to pay game developers and publishers to put their game on Epic’s storefront exclusively. However, let’s also consider another option.

The second option would be less convenient for AAA studios since they do their own independent marketing. This would most likely be an option I’d see indie companies take since Steam is inundated with indie games and it’s easy to be lost in the fray. While they’d be losing a lot of development options and potential community engagement, they’d be able to stand out in a much smaller crowd. I believe this was the situation that lead to some games appearing in the Discord Store exclusively for a period of time (e.g. Bad North). 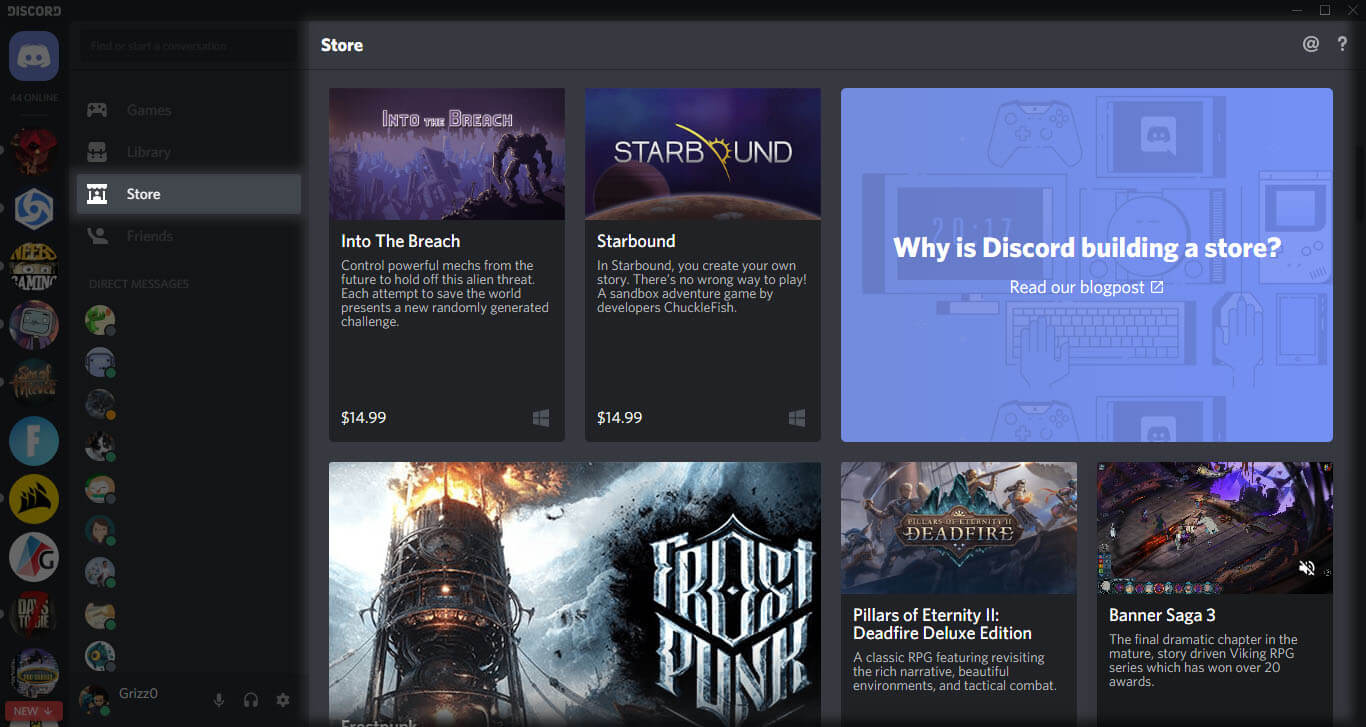 Some of these games experienced quite a bit of exposure from being part of this leading group even on something as relatively small as Discord’s storefront. The launch of the Nintendo Switch offered the same sort of massive boost to indie games, especially after people were finishing Breath of the Wild and clamoring for more games. Some of the titles released there had been on PC for years (such as Bastion) but the new audience dove in and bolstered the sales of nearly every game that landed on the system in those early days, especially with Nintendo advertising them in various videos. While Epic may not accomplish quite that level, the notoriety of the platform alone could bring more eyes onto indie games that would have to invest heavily to get similar level of visibility on Steam.

Recently Julian Gollop, a veteran video game designer and creator of the classic X-COM games as well as the upcoming game Phoenix Point, mentioned in a reddit AMA that he approached Epic with the intention of being released on their platform. This may mean that there Epic isn’t seeking indie games to offer this one year exclusivity deal to, but are vetting developer submissions and then offering this as part of the deal. Phoenix Point will now be now be released on Epic while any pre-order keys from their crowdfunding platform will be released on there as well, despite promises that it would be on Steam and GOG. They tried to cushion the inevitable backlash of this move by offering players the ‘first year of DLC’ for the game for free… you can guess how well that went over. 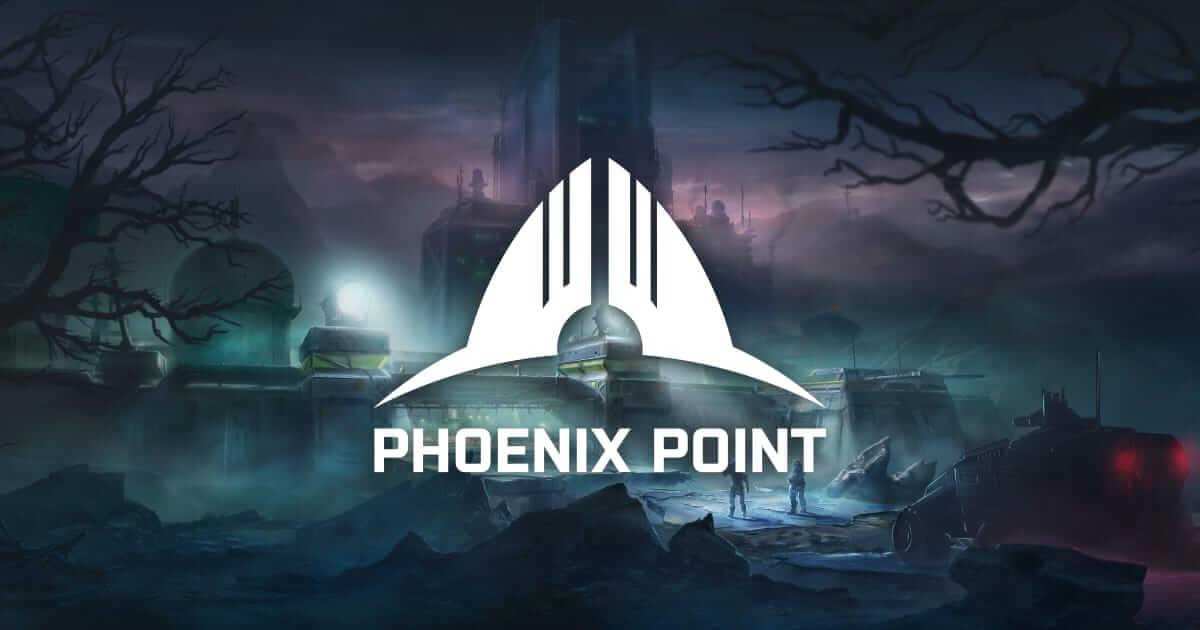 The conclusion is clear though. The reason we see developers and publishers appearing to be in a gold rush to Epic’s front door is because that’s essentially what is happening. Epic is holding a pile of gold and handing bars to anyone that can add a popular game to their store page that will bring in a committed playerbase. Exclusivity is now a part of the PC gaming world, whether we like it or not. My hope is that this endeavor isn’t a successful one and exclusivity fades away so that the best platform will always be the best choice to play a game. Having a dozen game launchers I have to search through to find a game I want to play isn’t appealing and I don’t want to be relegated to missing out on good features so that a publisher gets another bag of cash.

Does this mean Valve will join in on this poorly received tactic?

Will EA, Ubisoft, Bethesda, and any other publishers who have their own launchers start investing in buying up exclusivity?

Will you be chasing down your favorite game franchise or interesting looking indie game to whatever platform decides it will own the distribution rights?

Are third party key resellers going to be one of the first casualties of this move?

Let us know what you think.